Every prepper has his/her own food plan for acquisition or storage of food for a crises scenario. Many might be homesteaders who rely heavily on their gardens and animal husbandry skills. Many of us store food either by canning, dehydrating, or stocking up on freeze-dried goods and MREs. Most of us include emergency rations in our bug out bags. Others plan to rely heavily on their ability to fish, hunt, trap, and forage for food.

The various preferences and vast differences in food prep styles are often largely based on what exactly the individual is preparing for. Whether you are planning to be snowed in and without power for the worst winter storm of the century, extensive layoffs, or putting together a militia for an imminent invasion, everyone can agree on one thing: Food must be accounted for. So where do we start? What are the most important things to consider? In this article I cover some of the requirements of creating your master food plan.

A common phrase that I hear often in the forums and in my network is “Two is one, and one is none” (or one is done, it varies). Personally I like to work in threes and sevens, as in no less than three options at any given time and no more than seven subcategories (otherwise my brain might explode with all that math).

When I first began to create what I like to call my ‘food web’ I sat down and calculated the basic caloric intake of my family. After some research I came across different articles that addressed what the bare minimum intake is more likely to be. Statistics vary based on individual factors such as BMI, age, etc. but the general consensus is that once you drop below half of your normal caloric intake, ill effects can be seen. I am not a medical professional and this isn’t meant to be construed as advice, but I used this as a guideline for the sake of these calculations.

I also took note of how much, and what, my family was eating regularly, to gauge the volume of what I wanted to store. My food storage pantry looks as though we have enough to comfortably eat for one to three months depending if we are rationing. Then there are the bug out bags. Each one stocked with calorie dense food rations that will last each person anywhere from three to seven days. Also separate from the pantry is the trunk that can easily be loaded into the car. It is home to the freeze-dried foods, some cans, dehydrated goods, and other food related items. This trunk can feed us for three to seven weeks depending on how well we ration.

Food you can grow 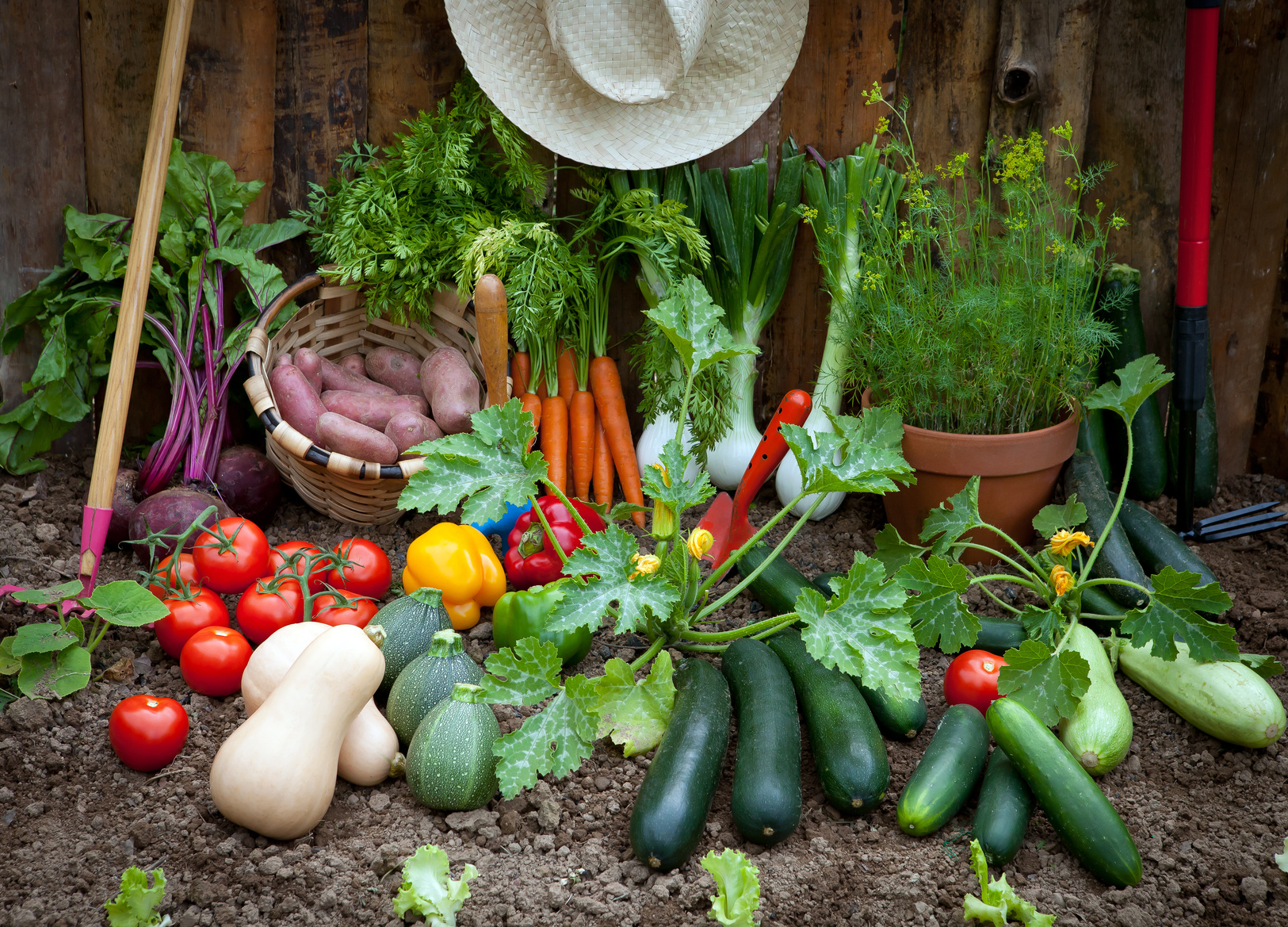 Vegetables and greens in the garden

The web has expanded to include the food I can grow in the garden, since it reduces our reliance on outside sources, tastes great fresh, and adds to storage in the form of canned stews and dehydrated veggies, saved seeds etc.

Animals are an important part of every non vegetarian prepper’s food web. This area will rely heavily on your current skill level and your ability and willingness to learn and adapt to your surroundings. Backyard chickens, caged quail, and resident ducks are a good form of both meat and eggs, respectively. Free ranging your foul can greatly reduce any excessive costs in feeding them to ensure that you are actually saving money whilst becoming more self-reliant. However, that is not always a possibility in a more urban environment, where you may have more luck and less oversight in tending to pigeons. Free ranging and pigeon keeping also leave you more open to predators and thieves.

Other meat sources that are considered appropriate for the novice animal keeper would be rabbits, fish, and small game. Some of these can also provide fur and leather if you are willing to learn how to properly tan and preserve the hide, or able to barter with someone who does. Always refer back to the basic caloric needs when deciding of the number of animals you want to raise. One mistake some make is to bite off more than they can chew. They lose money by feeding too many animals and end up with waste from unused goods. At the other end of that spectrum are those who underestimate how much they truly need, and when they need it the most, they realize that two chickens in the winter won’t give them nearly enough eggs or meat if SHTF. If you are already experienced in farming and live in a rural setting, adding other animals (even bees) could prove beneficial. 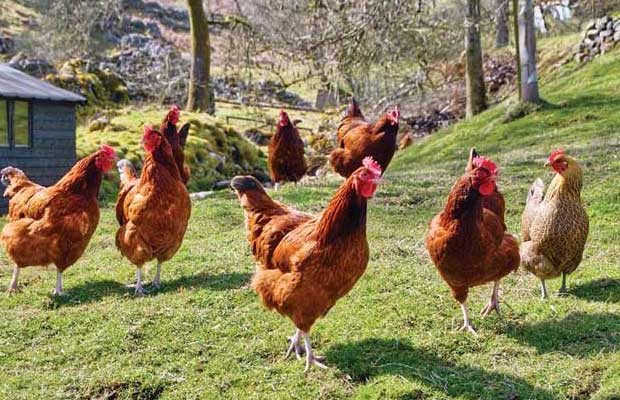 Wild game is possibly the cheapest, nutrient rich, food source available. As is fishing. The downside is that acquiring it and processing it can be quite time-consuming. There are definitely preppers who do very little in the way of gardening and food storage because they “know” they can easily catch and process game efficiently. I personally see no reason to raise rabbits for meat if you live in an area where wild hare are attacking your garden. Learning to properly set snares, and make traps out of unusual but readily available items is imperative in a true SHTF situation. Making fish and crawdad traps, nets, and the traditional reel and line to catch aquatic life can provide you with needed protein, nutrients, omega-3 fatty acids etc. Obviously, that brings us to hunting. Whether by sling shot, bow, or firearm, many preppers rely heavily on this as an option for feeding their families.

What happens when there is no game? Chances are there will be some sort of varmint, such as opossum, racoon, squirrel etc. If you are desperate enough you might even eat that rat. Besides, you’d be surprised what you can eat that you can’t shoot. Snails, grasshoppers, spiders, snakes (ok, yes I’ve shot at a snake, but that is besides the point) wildlife is all around you and there are ways to utilize that in a worst case scenario. “My wife/husband/kids would Never eat that!” Yes, that might be true, so don’t tell them what it is. It is just meat. Stew is the answer to everything, and so is frying it and tossing it in a salad or omelet if the season permits. 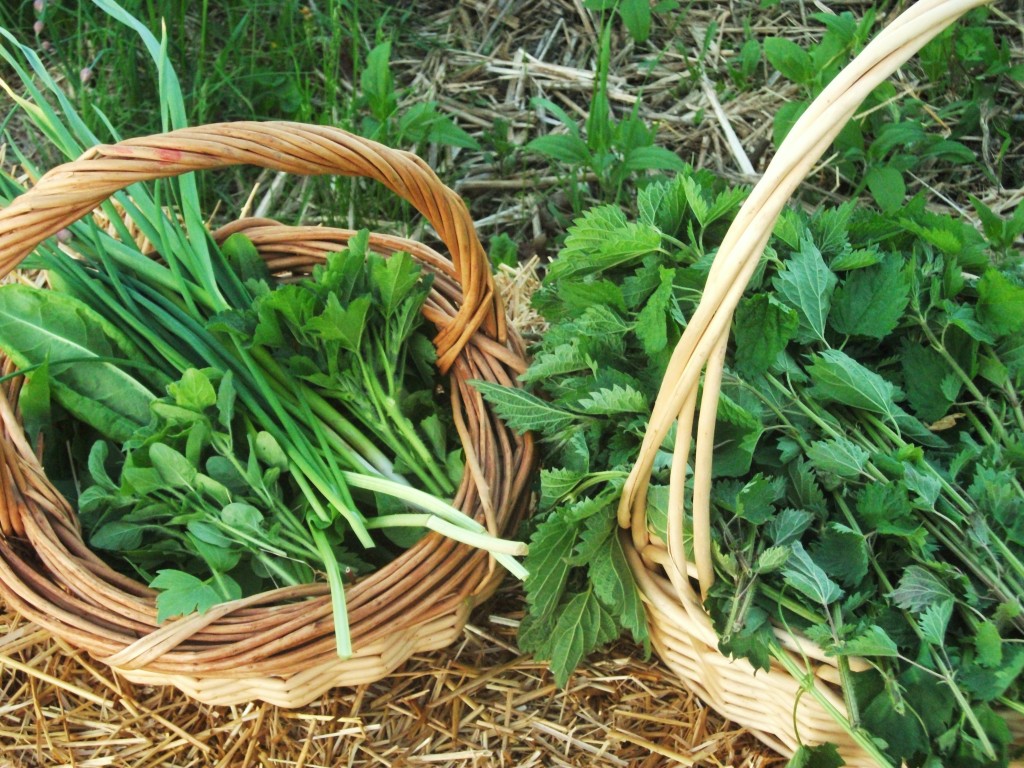 This brings me to the last portion of this article. Foraging! It is vital that you learn the plants that surround you in your current and prospective environment that are nutritious and otherwise beneficial. Some are almost common knowledge such as dandelion greens, or plantain (no not the one related to the banana, the one that grows across half of North America in your 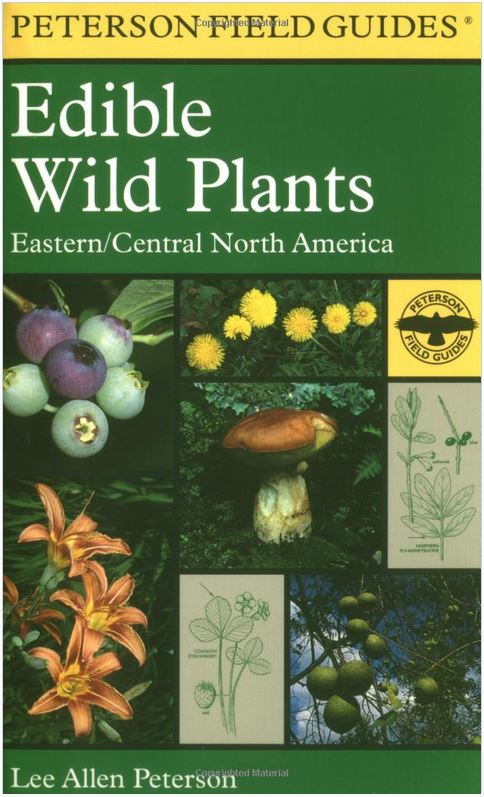 yard). Some people forage for mushrooms, this is good IF you know what you are doing, but also not something you can count on regularly. There are numerous edibles that are native to your area. Check with your local department of conservation. Many departments have lists of native edibles, most are either perennial or readily self seeding and reliable. You can even forage for bird eggs during season, if you don’t mind climbing trees. (it is best to totally avoid touching the nest or eggs, and some species will lay more if one is left and the others taken, so climb with tongs and a sharpie).

Even if you think you have enough food for a year, you should never rely on storage alone. If you are the best hunter you know, you still should not rely on hunting alone. The entire idea behind SHTF is that it is the worst… not just for everyone else but for you. Think outside of the box.

As I mentioned earlier, I always have at least three components for each foreseeable obstacle in hopes that will equal at least one for the unforeseeable. When SHTF, you will be working every day to ensure you and yours are fed, don’t make the mistake of being so picky you are left with nothing at the end of the day, and do not indulge on long-term storage items when there are substitutes available now that may not be there later.

(I left out stealing everything from others or eating domesticated animals because I hope you never have to.)