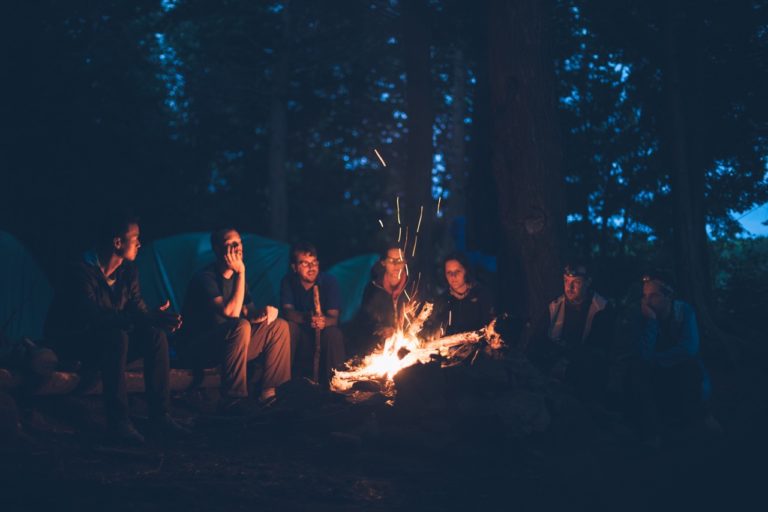 Editor’s Note: This post is another entry in the Prepper Writing Contest from Kirk Reynolds. If you have information for Preppers that you would like to share and possibly win a $300 Amazon Gift Card to purchase your own prepping supplies, enter today.

Now, I have been doing this for over ten years and have been actively involved in a small community of like-minded people for almost as much time – and I have seen plenty of folks come and go (especially since the rise of the show Doomsday Preppers). I – more so than a lot of people involved in this – have dealt with A LOT of other preppers face to face and I want to talk about the patterns that I have seen form over the years.

Before anything else I will quickly mention one thing that has been repeated a lot but is always worth mentioning – physical fitness! I have met people who hold the belief that it doesn’t matter if they cannot handle a flight of stairs as ‘the weight will come off when it needs too’ and ‘my body will adapt’. You can be the best prepared and equipped person on Earth but the harsh reality is that day zero will involve a lot of hard work, even if you intend to hunker down, you need to take into consideration preparing your AO and getting there. The reality is that no matter the event, prepping without the willingness to make some sacrifice to fitness is hoarding under a different name.

Now with that over with…

All too frequent is the mentality that having lots of “things” is going to make a SHTF scenario easier; while yes, there is a baseline amount of prepping supplies that will improve your chances and are basically necessities (A good knife, a map, a plan, and a gun depending on how you feel about the situation) that isn’t everything. What I am talking about is the huge tendency to believe that having an object is the same as being able to use said object proficiently.

Using a knife as an example – I believe that you will be hard pressed to find a single prepper that doesn’t carry a knife and have a good fixed blade somewhere. However I would say over 80% of preppers do not have knife skills, what I mean by this is do you know you to whittle, make traps, baton well, the uses for various knife blades and shapes, and how to dress a kill for hide and meat?

The same can be said of maps – yes navigating when you know your initial position is easy, but in the event you get disoriented can you triangulate your position with landmarks. What if you do not know the area, can you still find your way around?

Chances are that no matter how well prepared you are, a SHTF scenario will – eventually be similar to living in a completely infrastructure-less environment. Backpacking over a multi-week time period and hunting are excellent ways to learn many skills to make your life easier.

What are your gear priorities?

Prepping – like engineering, is not about having the most of everything, it is about having the right amount of everything. Whether you intend to stay or bug out, it is of course important to have the skills (Can you pack a bag correctly etc). However I see many people approaching with a mindset of hoarding will make things easier, as an example I spoke to a man whom had 43 different weapons with almost 500 days of non-perishable food. This mindset of buying without realizing that in a SHTF scenario every item you bring or stock has a cost.

For example with every weapon that man owned he was paying a price in 3 different ways.

Learn to maintain and make everything!

This is less applicable for people prepping for 3-4 day events like earthquakes and more aimed at people prepping for a complete breakdown of human society for an indefinite period of time. All too often I hear statements like ‘I have these 2 really super high quality solar panels so I will be fine’ unfortunately the reality is even the most expensive and well made tools money can buy are unlikely to survive 10 years of use. It may not be a nice reality but the reality is that any tool that you bring that cannot be replicated with basic machining knowledge and tools is temporary.

Learn the basics of reshaping scrap metal and wood – learn to make a furnace with materials that are renewable (Think clay and charcoal for the fire). Learn as much passing knowledge on simple items as possible, learn to make bows, furniture, simple houses, simple clothes, simple bags, and anything along that line – not only will it be useful in equipping your group but also for trading, a working and replaceable long-range weapon like a bow will be worth more than luxury cars 15 years after a collapse.

And finally, learn how to lead and how humans think.

Prepping has a strong theme of different strokes for different folks but one of the most common themes is ‘Everyone is going to be marauders and is going to be after me and I am going to have to kill so many hapless raiders and that justifies my federal armory of weapons!’. I have served, and I have been in disaster situations both long and short-term and the reality is there will be raiders for maybe a week – tops.

After that people will work together on a small-scale (think tribes) because we are naturally altruistic. After maybe a year or two and people are established raids will begin again. Preppers are almost always very exclusionary – I have met people who think the world will end if you share your beans but it is almost exactly the opposite.

People, given tools and direction can and will work and provide for themselves and the unprepared group who bands together will outlast the lone prepper. Television always portrays survival groups as a bunch of assholes all fighting for dominance all the time but really, it is the opposite! Almost always everyone just agrees they need food or whatever and no one steps up to the plate to really make decisions. Be that person and you will form a group of 20-30 people who will work for you and with you to make everyone’s lives better – it is how we are programmed.

The final note I leave you with on this topic is that people always form tribes and tribes are ALWAYS communal. Don’t expect that refusing to share what you have will extend your life at all.

This is a great well-written piece that has a lot of substance for starting conversation. I agree with most of your points. I would only like to add two thoughts. You mentioned mindset in a round about way, which is good however I feel it still something that should be expressed further in a more critical way. When you mentioned skill set over things I agree. However having a large quantity of things or having more things then one might use in a situation in my humble opinion is not a bad practice. Coming from a Military perspective and using… Read more »

P.s Second time writing, I forgot to post my comment the first time! Hi Mate, I absolutely agree on almost everything in your comment. I understand how my article may have come across as looking down on those that stock well – this is far from the truth. I completely agree that you can never have too much, however I think that you can definitely have a bad balance. To cite the example in my writing my problem with the guy wasn’t that he almost definitely had a huge, secure storage area but that he carried a huge amount of… Read more »

Great response I definitely think its great commentary like this that actual goes to improve us as people. To be frank I agree we should not as preppers (as everyday people) be people of action and strive to help our fellow man. However looking at reality I find it hard to think that the men, women, its (#SJW) out there who have the resources, time, ability when times are relatively good to be “helping out” will somehow become Übermensch when SHTF is a concept kind of foreign to me. The more people go out of there way to interact with… Read more »

Good article: One thing needed in a survival / bug out condition, binoculars. being able to see far ahead will allow you to avoid situations and people, select travel routes, and spot game. Your rifle scope will help you but you cant carry your rifle with you in every situation. A light weight pair of glasses hanging around your neck is going to be an asset.

100%! Another thing is binoculars usually have a much better field of view and are easier to use on the go… aswell as less threatening to look at things with (I can’t imagine that building of survivors would be too hot on having a rifle aimed at them!)

However as with everything balance is needed. Binoculars probably won’t need to be in your every day kit if you’re in an urban environment but a few Km’s from home – but are probably a must have in the wilderness.

Absolutely!
I even have a compact set of bino’s in my GHB…

Not sure I follow the idea of optics not being necessary in an urban environment. Maybe you don’t need big honkin’ binos due to a shorter attention span (distance, not ADD), but even having a small ‘collapsible’ set of optics for scoping out the windows of the office building across the street from you is an asset.

Improved optics are a combat multiplier ANYWHERE. The needs of the urban survivalist and the rural/country survivalist are just different.

Yes, great article. I agree that getting in the right mind set ( even if you are prepping ) is the first obstacle to over come.

I might agree with your statement about “the unprepared” if they weren’t the unprepared. most people have less than 5 days worth of food in the house at any one time so once the stores are empty and the power goes off these people wont survive long enough to form into tribes, groups or anything else you want to call them.
they also don’t have the skills or knowledge to be able to survive, even if they band together, a group of people without a clue of how to survive wont survive for long….remember “the Donner party”? any clues there?