You Won’t Get to Pick the Disaster 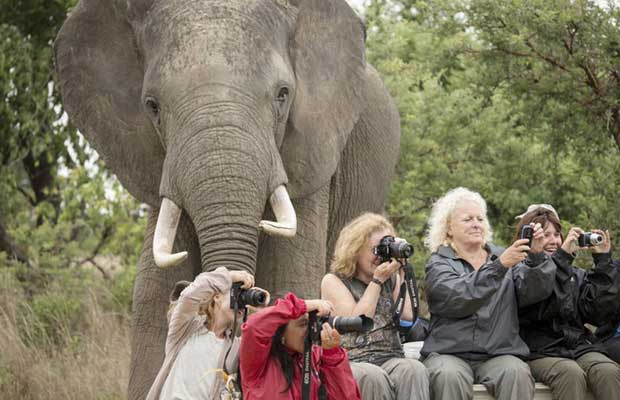 For all its faults, I still really enjoyed watching Doomsday Preppers from National Geographic. No matter how bizarrely the antics of the preppers who appeared on this show actually were or (in most cases I believe) were framed to heighten the entertainment factor; I was able to pull information from each episode. Each prepper was engaged in more or less what I strive to do every day, but with different resources, approaches and rationale. I really only had two complaints with the show and these are admittedly superficial but tainted the overall experience for some people I think. The first was the ratings which improved over time and then were eventually dropped I think this past season. The second was that each prepper had to state what it was they were prepping for as if anything else were to happen outside of their stated concern they wouldn’t know what to do or the preparations they had made to date would be invalid.

The list of items that these preppers had as their reason for prepping wasn’t as unique as I expected but you did get a little variety in there. I think that most of the shows I saw showcased the preppers as preparing for Economic Collapse, but there were a lot of these self-described survivalists who were worried about violent weather, EMP, nuclear war or meltdown of power plants, pandemics, or terrorist attacks. The small minority were theorizing that we would have the Yellowstone super volcano eruption or that the poles would shift.

What are you prepping for?

I probably wouldn’t have been a good candidate for a prepper on Doomsday Preppers for a lot of reasons not the least of which is that I would never go on any show like that, but aside from that detail I don’t have a bunker, I have not purchased an abandoned missile silo (although that would be pretty neat) and I don’t live out in the boonies in a cabin. I also don’t have the resources that a lot of these preppers seem to have to buy tons of gear, create my own apocalypse bus or tank and I personally am not prepping for one specific thing. If Doomsday Preppers asked me what I am prepping for I would have to say I am prepping for anything.

It isn’t that I am like Chicken Little and believe that doom is lurking around every corner but I approach prepping from the standpoint that you need several basic items to live no matter what disaster happens. I think that viewing your prepping strategy from this standpoint will allow you to prepare for more and be more broadly prepared than someone who is just prepping for a single event. I have said this before in other ways but I think the concept is valuable to preppers as they start the process of prepping.

For example, Ebola has been in the news for the last several weeks and anytime there is a perceived crisis like this search engine traffic from people who are looking into the topics of survival and searching for information on how they can be prepared starts to increase at the Prepper Journal. It makes sense that there is more interest because the news didn’t stop talking about the Ebola patient for weeks and then we migrated into the possibility of self-quarantine as the option for people to avoid the disease. Naturally we tried to cover some of these topics on the Prepper Journal as well.

But what about the people who view Ebola as the “Big Thing” they are prepping for? Is it possible that some of these people who were going about their lives happy as a clam before patient zero was found in Dallas but who were momentarily focused like a laser on how to survive Ebola are looking at this all wrong? Could it be that in the rush to prepare for this single potential disaster of an Ebola pandemic that they were missing the bigger picture?

Are you a well-rounded Prepper?

For years I have been prepping for all sorts of different events. If I am being honest I think the most likely man made event could be some form of economic collapse and I am by no stretch alone in that thought. However, what if we don’t have an economic collapse? Will all of my prepping supplies be wasted? Will the time and energy I invested be foolish? Will my family finally get to laugh at me and talk about how silly I was to have Bug Out Bags for all of them or enough food and water to keep my family alive for 6 months?

My family might get to laugh and that is honestly my hope when all is said and done, but I still don’t think that if nothing happens, anything I have done was a waste. I am prepping because I want to take care of my family and that boils down to providing for their needs in a survival situation. It may not be an economic collapse and in reality they might not be in a survival situation necessarily to take advantage of the preparations I have made. It could be a simple winter storm that knocks power out for days. Could we survive a blackout with no preps? Probably, but would we be better off with the backup power we have? Would they be warmer with the alternate sources of heat I have set aside? Would they feel safer with some of the security provisions I have made?

I believe the smarter strategy is to plan to survive regardless of the disaster because we don’t really get a vote. I might not be planning for a flood because I don’t live in a flood plain, but what if some ridiculous weather event caused our town to become flooded? Do you think I would sit back and tell my family too bad? This wasn’t the disaster I had planned for? Maybe I could fashion life preservers from all of the N95 masks and Nitrile gloves we stocked for Ebola?

Five minutes before prom is not the time to learn how to dance.

Call it prepping tunnel vision. I think that is what some people get into without knowing it. If you consume yourself with the most logical threat on your threat matrix you could miss the snowball rolling down the hill that will kill you. I know that some people who for example live near a nuclear power plant are planning for a meltdown, but what if that doesn’t happen and what you are really faced with is a pandemic? Sure the plant could eventually meltdown, but you might have more to worry about in the short-term from a tiny virus than that big nuclear plant.

Reacting to news events is normal and part of me does the same thing to some degree. I use these events in the news to spur me to action, but it isn’t like I haven’t been prepping all along. I might re-inventory my stocks, but the next crisis isn’t making me go out to the store to begin working on my food storage plan. The next threat of social unrest won’t prompt me to think about securing my home or defending it. I guess what I am trying to say is keep your eyes on the larger goal of keeping you and your family alive regardless of the crisis that appears. No matter what you think could happen, you need to be prepared for what does happen and no amount of planning for specific disasters will work as well as a broad-based plan for survival regardless of the disaster. Plan for surprises because you and I both might be surprised at what eventually happens. Will your preps keep you alive no matter what?

Am I a well rounded prepper? I think so. Like you stated all of us have a different perspective on how we prep. My personal preparation plan is for 6 to 9 months. The food storage is fine and so is the ammo. The water plan has two backup plans. Same with household heating during our bitter winters. I’m still learning and know there are holes in my prep plan ( next goal is to put together a get home bag for each vehicle)and it does take time to achieve our prepper goals. I really don’t care what SHTF occurs.… Read more »

I hear you Snake and agree with you. Take care!

Thanks Pat!
Nice article. The same reasons you list above are the reasons I come here regular and enjoy your articles. Many thinks are not possible (living in Austria and have a whole diffrent legal Situation), or necessary (some things are different)for me. However, I get ideas and see gaps in my thinking or preperations!

Thanks a lot
Stefan

Thanks for visiting Stefan! I appreciate the compliments. I am always trying to learn too so every day is a new experience for me as well.

You’re right, you won’t see it coming. That’s the underlying theme of a novel I’ve been working on for three years and it just came out on Monday. Your readers might enjoy this fictional take on a subject on everyone’s mind today. Jihad in America travels on the wind. While a nuclear terrorist attack is unlikely, in a bioterror epidemic, the genetically engineered plague is invisible. Our borders are vulnerable, and metal detectors are useless, even as ISIS, the Islamic State, raises its menacing black flag in Syria and Iraq. What if the government is helpless, gridlocked in perpetual party… Read more »