Understanding EMP: What Preppers Should Know 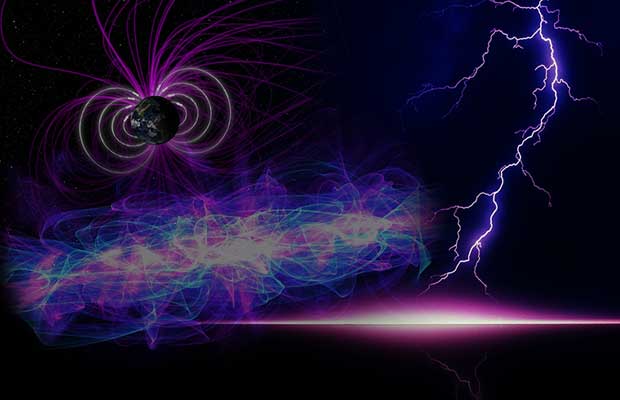 An EMP is a just one of the threats that can hold our society at risk of catastrophic consequences. A EMP (electromagnetic pulse) can be caused by an high-altitude nuclear weapon that will interact with the Earth’s atmosphere, ionosphere, and magnetic field to produce an EMP radiating down to the Earth and create electrical currents in the Earth. A determined adversary can achieve an EMP attack without having a high level of sophistication. The concern of EMP attack is such a fear of national security, there has been a congressional committee to discuss this threat. “Commission to Assess the Threat to the U.S. from EMP Attack”.

In July of 2012 a coronal mass ejection took place.   A “coronal mass ejection” or C.M.E. is a massive burst of solar wind and magnetic fields rising above the solar corona or being released into space.   This was reported to be the most powerful CME discharge ever recorded from our sun.  The 2012 discharge missed Earth.  However, if this C.M.E. had occurred only a week prior; it would have struck our planet and subsequently led to a complete technological disaster according to researchers from the University of Colorado Boulder.

To put into perspective the size and enormity of this event lets consider it’s speed (force) only. The typical C.M.E. from our sun take between 2-4 days to reach Earth.  The coronal event in 2012 would have reached earth in just 18 hours.  It’s estimated speed was approximately 7 million miles per hour!

While there are systems in place that are designed to warn us of solar flares and CME activity… It’s unclear on whether the teams tasked with monitoring the NASA “Solar Shield” would have been able to alert emergency services in time.   The speed of this event was faster than anything previously seen in our modern space age.

Policy makers haven’t taken this near miss seriously despite the fact that a senior member of the Congressional Homeland Security Committee warned that there is a 100% chance of a geo-magnetic event capable of crippling electrical grids across the globe.  Certain government organizations have deemed this the “KILL SHOT”.   If such an event were to take place it would take up to 18 months before power could be restored to the grid.  If such an event were to occur, it’s estimated that 9 out of 10 people would be dead within one year.  Once the electrical grid goes down, commerce systems will no longer function, food production, farming and delivery will grind to a halt almost instantly, water treatment facilities will cease to work and millions of diabetic citizens will perish from the inability to keep insulin cold.  The ramifications would be serious and almost immediate. 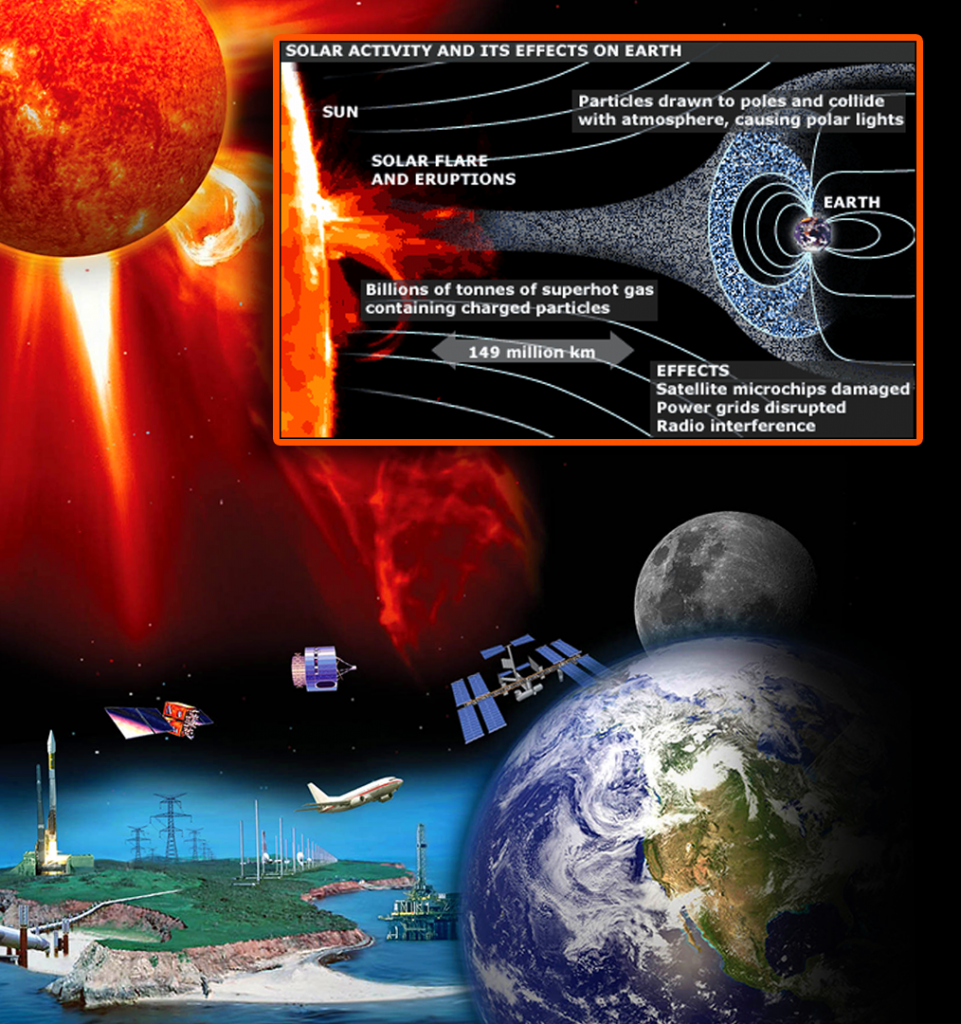 When discussing what measure can be taken to guard against an EMP; it’s first necessary to get rid of a few myths.  It’s essential to understand the nature of EMP and how it works.

One major myth or misconception is that an EMP is similar to a powerful bolt of lightning. While the two (lightning and EMPs) each produce similar results; an EMP is actually more like to a super-charged radio wave. Any bright ideas about using lightning-rods, lightning arrestors  or any such grounding techniques will undoubtedly fail in protecting equipment from EMP.

Another false concept is that EMP “out of the blue” can harm your body or cause major damage to your brain way lightning strikes can.  The EMP levels created by a nuclear weapon would be so minimal, they wouldn’t pose a serious health threat to plants, animals or man.  This is assuming that the EMP isn’t concentrated.

EMP can be concentrated. EMP occurs when it is “pulled in” by a stretch of metal. EMP would be dangerous to living things in this case.  It could become concentrated by exposed metal girders, telephone lines, long antennas or anything similar.  Avoid being very close to such concentrations in event of nuclear war.  A minimum distance of 8 feet from such stretches of metal is recommended for nuclear-generated EMP.

So What Can I Do to Prepare For An EMP?

A Faraday box is the easiest way of protecting most small electrical equipment that can be unplugged from the power source.  A Faraday box is a metal box designed to divert and soak up the EMP. If the object placed in the box is insulated from the inside surface of the box, it will not be affected by the EMP travelling around the outside metal surface of the box. The Faraday box simple and cheap and often provides more protection to electrical components than “hardening” through circuit designs which can’t be (or haven’t been) adequately tested.  Many containers are suitable for make-shift Faraday boxes: cake boxes, ammunition containers, metal filing cabinets and so on.  Despite what you may have read or heard, these boxes do NOT have to be airtight due to the long wave length of EMP; boxes can be made of wire screen or other porous metal and be equally effective.  The Faraday box is a great solution assuming that you aren’t using the equipment when the event occurs.  (not likely)  It is highly advised that you prepare a “back-up plan” Faraday box filled and ready for such an occasion.  Shortwave radio, weather radio, small television, spare telephone and anything else you may need after.  Do remember that the power grid will likely be wiped out so anything you keep will have to run off of a fuel powered generator.  You should be focused on staying informed but not needlessly entertained. 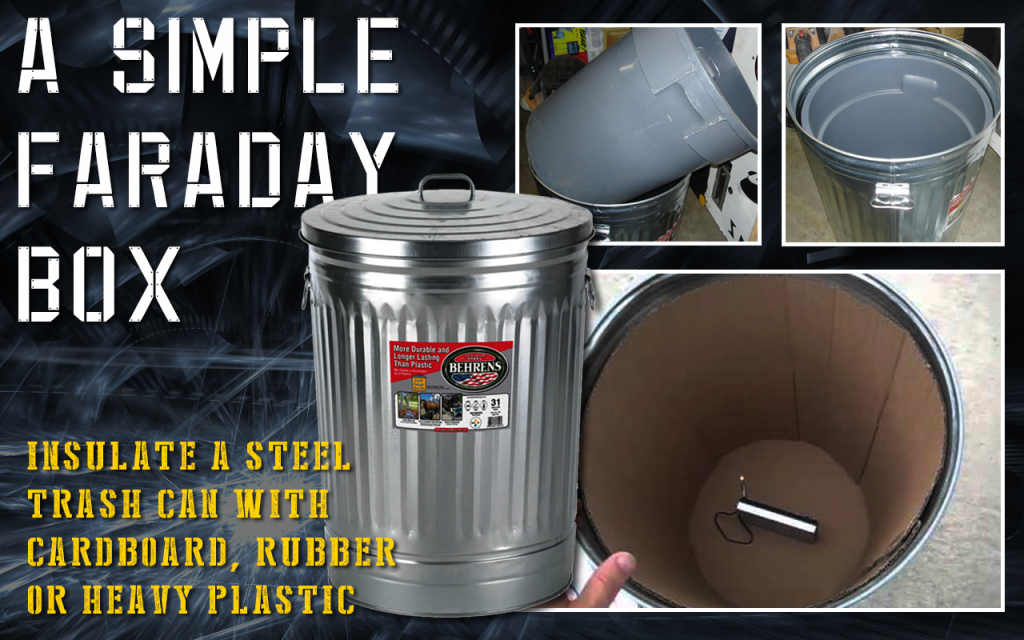 The only two requirements for protection with a Faraday box are:

(1) The electrical equipment inside the box can’t touch the metal container. Insulating with cardboard, rubber, plastic or even wads of paper are acceptable methods.
(2) The metal shielding must be continuous. There can be no large holes or gaps in the shielding.

Certain electrical parts are incredibly sensitive to EMP.  these include IC circuits, microwave transistors, and Field Effect Transistors (FET’s). If you have electrical equipment with such components, it must be very well protected if it is to survive EMP. Once again A Faraday box is the best solution.

There is a short list of electrical equipment that is innately EMP-resistant.  This includes large electric motors, vacuum tube equipment, electrical generators, transformers, relays, and the like.  This kind of equipment could possibly survive a massive EMP surge and would likely to survive if a few of the precautions discussed below were taken in their design and deployment.  Battery operated equipment will also be impervious to EMP.  If you don’t want to buy a wealth of batteries for every appliance you own or use a radio set up with longer than 30-inch antenna, then you’ll need to use equipment that is “hardened” against EMP.

If you must operate ham radios or the like during a nuclear attack; there are a few methods which will help to protect electrical circuits from EMP.   These various vary in design as there are multiple ways of neutralizing the effects of an EMP.  Design variations include the use of tree formation circuits (rather than standard loop formations);  the use of self-contained battery packs; the use of induction shielding around components; the use of loop antennas; and (instances of solid-state components) the use of Zener diodes.  Implementing these design elements can eliminate the chance an EMP surge from power lines or long antennas damaging your large equipment.  Another useful strategy is to use grounding wires for each separate instrument which is coupled into a system an EMP system so that it has more paths to take in grounding itself.

Good day! I simply wish to offer you a big thumbs up for the excellent information you have here
on this post. I will be coming back to your site for
more soon.

I have a relative who keeps a spare microwave in his basement to protect cell phones, etc. is this actually useful? It’s not lined with cardboard.

I have heard a couple of people using this but the recommend grounding the microwave first by taking off the plug, twisting the wires and finding an alternate ground. That doesn’t seem necessary to me and could even be detrimental.

My favorite is the spare aluminum trash can with some cardboard lining the insides. It can hold more and won’t be mistaken for some junk that needs to be thrown away.

I’ve read that Great Stuff, the spray foam we all know and love….if you don’t get it all over yourself, is also a good liner between the inner liner and the garbage can. So of course the inner liner of a smaller can is never going to come out again, but that seems worth it if you have electronics to save. I’ve also heard of the old microwave and it seems like that would work. I have a non-working mini-fridge that I need to make into a Faraday cage.

Also, books by Jeffrey Yago, this man knows his stuff about EMP’s, and it is an easy read (except for the very technical electro-magnetic stuff), but you don’t need to really understand every detail unless you’re into that. In ‘Lights On’, the chapters include: Life After Generator, Understanding Solar System Components, Communication, lights, Refrigeration, Clean Water, all with battery power. I especially enjoyed ‘Back to the Future – Again’, which detailed how farmers and other rural folks lived pre-rural electrification.

Great suggestions Deb! I’ll have to add this to my list.

Hello, I saw this post and I had to try it. It actually got me to rethink my preps so adding a faraday was a good idea. I followed the steps exactly except I used single walled corrugated plastic sheets in lieu of cardboard. Sealed my cell phone inside and used foil tape around the can’s lid. I called the phone and it still works. Nothing is touching anything inside. Even the plastic sheets are “floating” and not attached to the can. The lid and can make a metal to metal contact. What am I doing wrong ? I appreciate… Read more »

Thanks for your comments!

I don’t think the Faraday enclosure will stop radio waves from reaching your devices. Faraday should stop the electric pulse radiation from an EMP device from shorting out your electronics though.

Also a handy device to have is A de Guerin’s patent pending (circa 2015) reed switch based magnetic shunt for AM radios. It connects across the ferrite coils and prevents/reduces EMP damage if the magnet is installed but otherwise does not affect the radio if it is installed properly.

Brad; having components, batteries, etc inside cardboard boxes inside the trash can also works well. A Question concerning vehicles, I have been told that the old ones which operate with a distributor type ignition ( non computer ) are safe from EMP. Any truth to this