And That’s Why I’m a Prepper 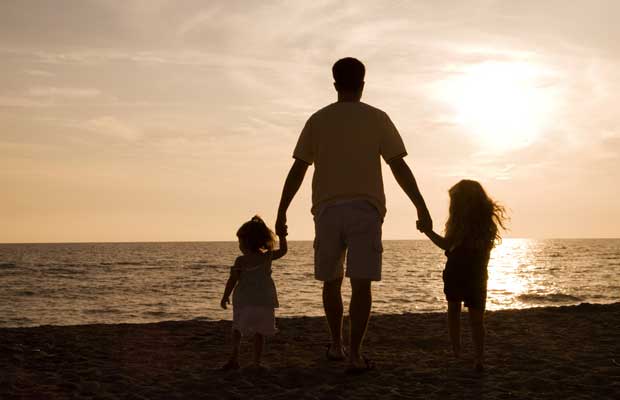 I have been a prepper for several years now and have been on both sides of probably every argument out there in some form or another at one point in my life. I don’t have the same perspective on life that I used to when I was 22. I would imagine that not many of us do still think the same way when we are in the midst of raising a family and can look back on our 20’s from a couple dozen birthdays. The music that rolled out of the radio when I graduated high school is now considered classic or vintage or my favorite, retro. When I was younger my outlook on life was almost the polar opposite from what I think now and I like to believe that I have grown up a lot. Maturity can make a big difference in a person, but I guess experiences, character and who you surround yourself with all factor in their own heavily weighted portion of influence as to who you end up becoming.

I won’t go into everything I believed as a young man in my early (young and dumb) twenties but let’s just say I leaned a lot more to the left back then mainly I think that was because I only cared about myself. Then I met my wife and had some of those life experiences I mentioned (kids, several career changes, someone to worry about besides my sorry self) and my perspective changed almost completely with time. After several years of being the complete opposite of my younger self in terms of social and political outlook, checking a new box at the polls and more life experiences I have settled into what I believe is my true skin for lack of a better phrase. The closest you could now classify my outlook on life politically speaking anyway is Libertarian. That’s a pretty big turn from someone who voted for Clinton, twice.

But this article isn’t about politics, it’s about why I’m a Prepper and that introduction was really all to say that I wouldn’t be the person I am today if I had the brain, maturity and perspective I had in my twenties. If I hadn’t gone through the experiences that impacted my life and met the woman who completely changed everything I could be an entirely different person.

Fast forward from my relatively worry free twenties to the responsibilities of a father and husband. Around 2008 I started to think that something wasn’t really right. I have discussed this before, but it was a gut feeling that I needed to take extra steps to make sure my family would be protected. Protected from what? It was my perspective on life and what I was seeing that was stirring a sense of urgency to learn more about what other aspects of life there were that perhaps I wasn’t aware of. It was the urgency to protect my family that led me to research a wide variety of subjects which eventually led me to prepping even before it was a cool term on National Geographic.

The concepts of prepping made so much sense to me because I had people that I cared for and I didn’t want to see any harm come to them. It was logical to want to protect them from hunger, lack of water or intruders. I could easily see both the usefulness of prepping supplies to help my family out while at the same time looking much more broadly at our society with a new understanding about how things are run and presented to us. It was around this time that I started to research for myself the things I was being told and asked to accept without question.

These clowns wouldn’t last a month

Everyone comes to this subject of prepping from different paths but I would expect that anyone who has even lifted the covers ever so slightly on the wide open world that falls under the blanket of the word “prepper” has heard detractors. It doesn’t matter what you are prepping for there will be people who emphatically argue that you are crazy to prepare. These same people get downright belligerent that anyone would be so stupid as to think about their own survival or self-sufficiency. All you have to do is go on any YouTube video that has anything remotely resembling prepping and there will be lots of comments to the effect of “These clowns won’t last a month” or “you people are all idiots for believing anything bad is going to happen”. I am not surprised at this response but I can’t really understand it.

Preppers that I know almost universally are simply trying to make sure they are prepared if something happens. It is this process of preparation that they are undergoing to in some way make their lives better in their opinion if a crisis happens. All of these people who mock preppers are saying that the preppers are foolish for preparing or that they will die regardless of their preps so either way they are idiots.

These nut jobs should not be encouraged.

Besides the obvious aspect that preppers and their detractors are looking at the world with a different perspective, I think that there is one key difference between preppers and the people who think we are crazy. Preppers for the most part seem to be preparing for an unknown future. They take steps to stock up on food and water should they need it. Preppers learn skills and purchase weapons to defend their families if a situation arises where their lives are in jeopardy. Preppers don’t know what is coming, but they prepare for the chance that something will. Why? Because tragedy has happened many times before.

The people who call preppers “nut jobs” seem to know everything. I say this because they can easily spout off how nothing bad will ever happen, or how the US is “the richest frickin country in the world” and that we will never see anything like chaos here. EVER! Or if anything does happen it will be “nuclear war that will wipe everyone out anyway”. The detractors know everything and the preppers know nothing in their eyes. It reminds me a lot of how I was when I was much younger. Not that everyone who thinks prepping is wrong is a young whippersnapper, but their opinions and attitudes match mine at a much younger age.

At the start of this season of Doomsday Preppers each person would tell a story about what motivated them to start. At the end of each testimonial, the camera would zoom in and each person would say, “and that’s why I’m a prepper”. I started prepping because to me it is simple common sense and I have people that depend on me. It’s common sense because I have been to the grocery store when it was closed and I needed something. I have run out of gas on the side of the road. I have been lost without a cell phone and I have experienced needing something I could have easily acquired ahead of time. I have seen winter storms block roads for days. I have also seen so many times where things don’t end up all right. I have seen riots, looting, famine, ethnic cleansing, civil wars, hurricanes, depression, earthquakes, tsunamis, wildfires, economic collapse, virus outbreaks and all forms of evil perpetrated by one man against another. If that alone wasn’t enough we have seen Ebola flown into our country, illegals bussed all over our nation, mysterious illnesses, an economy that is on the edge and the drumbeat of wars (again) in yet another middle east country. That “gut feeling” I had in 2008 hasn’t gone away, it has only gotten harder to ignore.

I have a responsibility to protect my family and I have taken a lot of steps over the years toward that goal. These steps would probably make a lot of people out there call me a wacko but I’m OK with that. I have said before that I would rather reach the end of my days as a very old Great Grandfather with all of my family surrounding me talking about how crazy I was than to have a single person who calls me crazy now admit that I was right all along as we stare at disaster.

Prepping isn’t crazy, but believing you know everything and that nothing will ever go wrong might be. I’m going to stick with my approach and we’ll meet up later and see who was right. Good luck to you.

Well put. I must admit that I am similar to you in my approach to “prepping”. I look at it from a response angle. Yes, I will protect my family and what is “mine”. I came into it from the military and it was reinforced after 9/11. I became part of a response agency in 2002. I agree that the gnawing in our stomachs is getting a little more pronounced now. I must say that those who choose to ignore the current state of the world around us are in for a rude awakening. I choose to ignore the nay… Read more »

Thank you very much Earl!

Sure seems like it is getting bad doesn’t it? This time it isn’t some Mayan calendar nonsense or Y2K paranoia either. All of the events are real and yet people still want to stick their heads in the sand. Strange.