Disaster Aftermath: What to Expect and How to Prepare 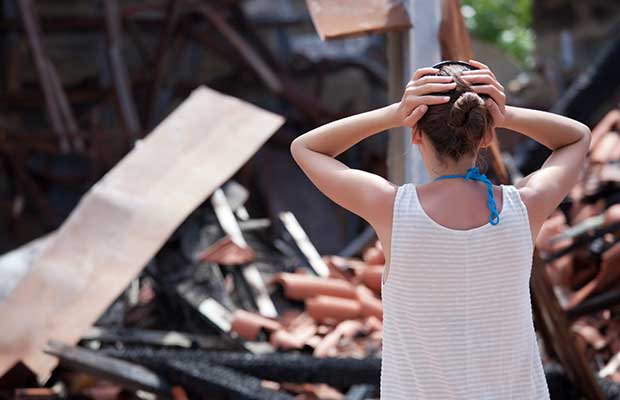 Members of the preparedness community often remind people to be prepared, and to focus on the survival basics; and nothing is more basic than food, water, first aid, security/self-defense and hygiene/sanitation. If you have considered these things, and secured the proper supplies as part of your preparations and planning, then you are far ahead of 99% of the population. No it’s not a typo, and I’m not exaggerating. According to the U.S. Census there are an estimated 315.9 million people in the U.S. Of those, less than 1%, or about 3 million, are prepared for a natural or man-made disaster. These statistics are pretty shocking, especially when you consider that the majority of these people live and work in highly populated urban centers. By implication, if less than 1% of the population is prepared, then just over 99% is unprepared – that is almost everybody! Even assuming that the estimated number of “prepared” people is somehow vastly underestimated, which I really don’t believe to be the case, the number of unprepared people is just so disproportionately large, we can surely anticipate some very difficult and dangerous scenarios that after any major crisis. Here is some of what we can expect in the aftermath of a natural or man-made disaster.

That was a pretty brutal, but fair assessment of the potential reality after a crisis. Now for the good news – you have choices and you have options. Your basic preparations will only get you part of the way. To get the rest of the way, you must make plans and prepare for how you will deal with the unprepared after any major disaster. Here are 5 tips and ideas to get you started:

About The Author: Richard is a practicing attorney and a survival and firearms enthusiast; he currently teaches and consults in the areas of urban survival planning and preparation. He is the author of Surviving Doomsday – a Guide for Surviving an Urban Disaster For the latest news and updates connect with Richard on www.survivingdoomsdaythebook.com

Your fundamental preparations will most effective get you a part of the way. Determine and understand your vulnerabilities earlier of any catastrophe. In real life no person character can do it all. Reaching out to other like-minded humans earlier will assist you form relationships to be able to are available in accessible whilst instances get difficult. These preparations are the inspiration upon which all else is constructed.

Crisis responders need to have the phone lines accessible to arrange their reaction. During the quick post-debacle time frame, just utilize the phone to report dangerous conditions and get your away crisis contact.

If damage was to two or more sections, then have the door replaced. Look on the inside areas of the door for a brand name

This is truly the web service provider I was looking for!

I really appreciate this wonderful post that you have provided for us. I assure you this would be beneficial for most people.

Window Repair Smith Glass – we not only bring you huge savings as our customers, but we also ensure our quality is 100% every time. That’s quality you can trust.

Kitchen Star Remodeling is a locally owned company here in Houston that provides our beautiful community and city with immaculate kitchen-related services.

This is my first-time visit to your blog and I am very interested in the articles that you serve. Provide enough knowledge for me.

sell my home
Reply to  https://www.westchesteringroundpools.com

I really like the fresh perpective you did on the issue. I will be back soon to check up on new posts! Thank you!

I was exactly searching for. Thanks for such a post and please keep it up.

Amazing Post, Thank you for this wonderful piece of information.

I was exactly searching for. Thanks for such a post and please keep it up.