Survival: How To Find Water 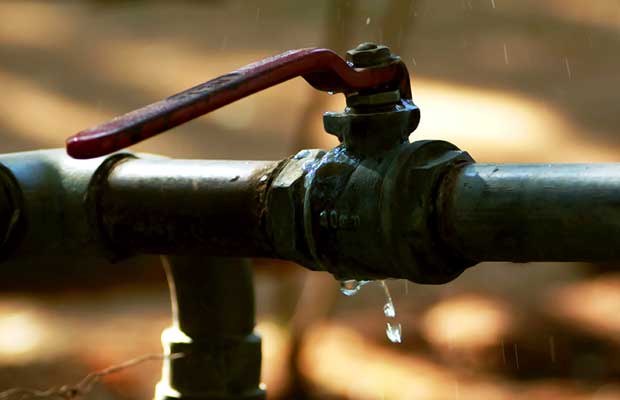 Water is obviously a critical supply you need to have in order to live. Water more than food is required if you are going to survive and we talk a lot on survival blogs like the Prepper Journal about how to handle the water once you get it.

If your water isn’t clean, we discuss how to use a survival water filter or treat the water to make it drinkable. We have talked about transporting water to your location or carrying water in something like your Bug Out Bag. We have additionally talked about filtering water that you collect in rain barrels, but what if you are in a survival situation and you have no source of water. Knowing how to find water is perhaps just as important as knowing how to treat water before you drink it.

Water is the most abundant resource on this planet in terms of sheer volume, but fresh drinking water is not as easy to come by. Although the earth is covered in oceans, freshwater sources are a little harder to find and as a society, we have come to rely on water treatment stations to pump the majority of what we drink.

Many rural locations rely on well water, but that is also pumped from deep underground. If you are in a survival situation it will be very unlikely that you would be able to drill a well and find a source of water. Obviously, if you are in a fixed location this is always a possibility, but for the rest of us water can be found and this post will go into both Urban and natural settings where you can find sources of water.

The human body needs approximately one gallon per day in average conditions for hydration and hygiene. You could of course skip a bath, but you still need a steady supply of water or you will become dehydrated. Go without water too long and you die so we want to make sure that doesn’t happen. We will mostly cover how to find water in the wild in this section, not how to treat water.

Snow and Ice – Depending on your location, you may have water all around you at certain times of the year. If you are where there is snow and ice, you can melt as much water as you need. Two things to remember with this is that heating snow for drinking water is very fuel intense so if this is your main plan for survival, expect to use a lot of wood or energy to heat that snow. Many of you have eaten snow as kids; I know I did but you can’t do this for long or else your body temperature drops as the cold water chills your inside. I saw a documentary one time where a family was hiking and became lost in a snow blizzard. The mother who was breastfeeding an infant at the time was eating snow to stay hydrated and provide milk for the baby. She died because the snow reduced her body temperature so much. Melt the snow if you are going to drink it.

Ground – How many of you have heard the hiking adage that if you are lost you want to make your way downhill, then down river as all rivers flow to a town. Bear Grylls used to say that on just about every show he was in the mountains. Well, I don’t know if all rivers do lead to a town, which would hopefully get you in contact with people who could help you, but I do know that water flows to the lowest spot.

If you are in the mountains, make your way down and unless you are in a desert, you will start running into places where water runoff accumulates, forms trickles, then streams, then rivers. I think that in the wild you should have plenty of sources to find water and you can even find drinking water in a tree. Make sure that any water you drink is treated first obviously.

Desert – Deserts are a little trickier as they don’t normally have water on a good day. It is possible to find water though without squeezing it out of elephant dung. Deserts get rain from time to time; it’s just so infrequent that the water sinks down, runs off, or evaporates before long. In deserts, you can dig along creek beds for water that could be a couple of feet underground. You could also build a solar still. The video below shows how to do this.

If that isn’t an option, you could wrap a clear plastic bag over the leaves of a bush or tree to collect condensation, but I don’t believe you would get enough water to live like this and it’s much better if you are lost, to make your way out of the desert as quickly as possible.  Regardless, here is another video that shows that method as well.

Rainwater – If you can collect rainwater, I think this is probably the easiest and safest way to find water but it isn’t without its own drawbacks. First of all, it has to rain and as you know even the weathermen can’t predict when that will happen with complete accuracy. Waiting on rain could take weeks and if you are thirsty, that will be too long. You also need a method to capture the rain also. You can’t just stick a gallon jug outside and expect that bad boy to be filled up. Collecting rainwater for survival requires rain, a large collection surface, and a big bucket.

Providing you have these things, a relatively small amount of rainfall can allow you to collect an amazing amount of water. Our home is set up with two rain barrels and I have filled each barrel up with a single rainfall before. For situations where you have a base location, you are staying in, collecting rainwater for survival makes the most sense to me.

Dew – You can also collect water from the dew in the morning, but as the solar still and the clear bag methods above, I don’t think these are really going to give you enough water to last a day. They may be worst-case scenario options, but if you are going to survive, you need a reliable source of abundant water.

One advantage of trying to find water in an urban environment as opposed to the wild is that we pipe a bazillion gallons of water into our cities every day and unless it is used, we store it in pipes and reservoirs in almost every house, shack, building and complex.

You can start in your own home. Even if the water has been shut off, you will have a lot of water still inside the walls of your house. The back of the toilets has at least a gallon and a half each.

Your water heater will have 30-60 gallons. The actual pipes in your house will still have many gallons stored in them and you can access it simply by opening the tap in the highest part of your homes like the second floor and gravity will allow the water trapped in the pipes to flow out the bottom taps.

Most of us already have the home sources identified, but what about water in other locations? I wrote a post a few days back trying to point out what in my mind were the differences between looting and scavenging. At least one of our readers had strong feelings on that subject, but in this case, where you need water for survival, there would be many more places that could be abandoned that could offer the potential for water also.

Large manufacturing plants have water reservoirs on the roofs in some cases for their fire systems. Even if they don’t like the pipes in your home, sprinkler systems are loaded with water that could be used in an emergency. Before I get any nasty grams about this, the usual caveats apply. I am talking about a grid-down, SHTF scenario where your life depends on having a source of water and there is nobody presently using or occupying this structure. Even that isn’t clear enough… I don’t mean to break into anyone’s home and steal their water if they are home.

Sprinkler systems are much trickier than other sources and the kind you can see above your head are easier than the ones buried underground. We have other sources like water towers, fire hydrants, break room water coolers, swimming pools, hot tubs, fountains, aquarium tanks, air conditioning evaporator traps, water fire extinguishers, and on and on. Essentially, there should be a lot of places to find water, but we may have to try a little harder if the world has gone to hell in a handbasket and of course all the sources should be treated first before drinking.

What not to drink

The following items shouldn’t ever be consumed as a water replacement and as much as I respect Bear Grylls, I have to agree with the second item on this list.

I hope that gives you some ideas for water sources if you are ever faced with a survival scenario that you need to find water. I hope even more so that you never are. Maybe in your list of prepper supplies, it would be good to have a hacksaw and a pipe wrench too. You never know…

“At least one of our readers had strong feelings on that subject” That’d be me 🙂 No nasty grams, just an example after a bit of background. Here’s our backup water source #1, near one of my outbuildings 1/4 mile away from my home: http://imgur.com/o7RSFV1 It’s wired to my generator to power the motor that spins the large wheel to operate the jack pump. It’s possible to operate it manually by removing the drive belt and turning the wheel by hand, but scavengers aren’t likely to have the tools or the time, so they’d probably just cut the belt. If… Read more »

Hi, Justin. I’m writing on May 3, 2015, more than a year after the original publication of PH’s “Prepper Journal” article. Yours are excellent, thoughtful comments, and congrats on your rigs, which I hope serve you well if/when needed. I remember reading this article when it was published. At some later time I saw your comments, too, in which you write, “…once it starts, it’s in my best interest not to let anyone get away to bring back help, or be around to offer a different version of the events if we were questioned by the authorities about it later.”… Read more »

Thanks as always for your comment Justin and for the photos of your set-up. Looks like you have some great redundancy where you live.

I agree with you about the risk people would take in trying to take anything from you. I would be the same way if the same people were at my door.

You could always go to,the little red faucet found on a lot of street corners.