Analyzing the Threats and Planning Accordingly 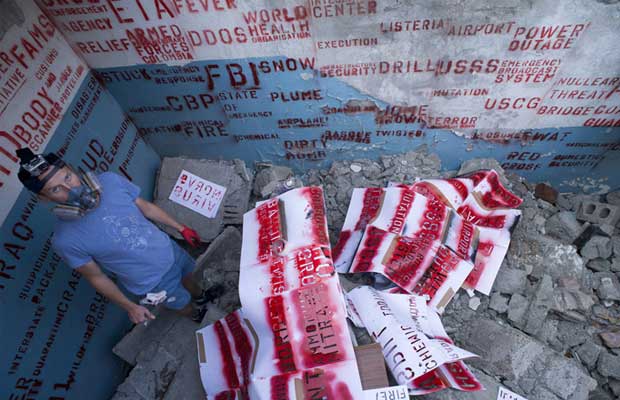 We never know how we are going to go out of this world do we? None of us ever know what will happen tomorrow but we plan and scheme anyway. I know that I can’t say with any certainty what the future holds for our world, but I like millions of others are planning for days that aren’t what we consider normal. The Prepper Journal has been dedicated for over a year now to discussing events that could impact you in ways that seriously affect your daily routine. When what you are used to; running out for coffee in the drive-through at Starbucks, turns into a horror movie and you find yourself running for your life.

There are a million conversations being held right now on the Internet about what is coming and how you need to prepare for this contingency or that. I think there are some events or situations most of us can logically say are possible just from the simple standpoint of nature and how these events have happened so often in the past. We have earthquakes, hurricanes, tornadoes, floods and wildfires every year in the US alone. In other countries we have disease outbreaks, revolutions, wars, ethnic atrocities, humanitarian problems and economic turmoil somewhere virtually all the time. It isn’t unrealistic in my mind to envision any of those things happening at virtually any place on our planet.

There are commonalities with planning for disaster in what you prepare for and the steps you take to mitigate any risks you might face. These common elements seem to be able to stand on their own regardless of the scenario you are planning for. Take food for example. You never hear of any plan to survive that doesn’t involve food at some point in some form. This could be storing food so that you have it in case you are unable to get to the store or the store is out of food. Knowing how to find food in the wild even if the wild is your neighborhood is another way we address the issue as are hunting, growing a garden and even scavenging.

There are some elements of prepping or survival skills that we don’t focus on at least in the immediate short-term. Is this because we see their value as being less or we anticipate having to use these skills or items less likely than others? To frame this discussion I wanted to take a few basic criteria that should be common to any disaster and match them up to see what if anything was missing. The basics are food, water, shelter, security, electricity and health. I have 5 example scenarios to look at.

Global Pandemic – The hypothetical scenario is a highly contagious illness that is spread around the world with a high mortality rate. The disease kills millions but the highest percentage of people survive and may not even experience any effects.

EMP – The hypothetical scenario is that EMP devices are detonated over the US causing a complete collapse of the power grid. Not all electrical devices are compromised, but no power is flowing from the electric company.

Economic Collapse – The hypothetical scenario is the market crashes over a period of days or weeks. All banks close and most everyone’s money that was tied to dollars or any other fiat currency is lost. The only people who will hold anything of traditional monetary value would be precious metals.

Zombie Invasion – OK, zombies are all over the world now for some reason. We’ll say it was a disease that most of the planet gets, but you and your survival group and a small percentage of others are immune.

So what was the point of that little exercise? It was to get you thinking about a couple of things. First of all, each scenario left you dealing with different problems all within the context of the 6 basic survival needs. Do you have those covered? Have you considered the possibilities of any other events like this? Secondly, there are a lot of things we talk about that wouldn’t even come up in those examples above. For instance, starting a fire with a fire plough or making cord out of your braided strands of hair. In all of those hypothetical examples, you would still have access to most common survival skills, you could scavenge for equipment and supplies. What seemed to be important in all scenarios is Health. Have you received any first aid training? Do you have any survival medicine guide books? What about first aid supplies or fish antibiotics?

We tend to think about needs from a small perspective and hopefully this post gave you something to think about differently. I like to look at my preps from the standpoint of a lot of potential situations to see where I have blind spots. Maybe this identifies some for you?

Thanks for this new perspective – if you have the 6 basics taken care of, your family should be in pretty good shape. About an EMP though, I have to say: 30 million deaths is a crazy number – crazy low. Sure, the first few weeks most people will be just bored and hungry. But then their pantries and freezers empty out. After a year with no electricity (very likely with an effective EMP) the US population “at best” would be reduced to its historical level before oil and electricity allowed the Industrial Revolution to support a larger population, about… Read more »

Thanks for the comments Bobcat, I like to think that in this specific example, millions of people when faced with a crisis like this would not be simply laying about “when their pantries and freezers empty out.”. We have situations like this now and everyone doesn’t starve to death right away. Would people start getting skinnier, maybe? But, I don’t think that 30 million people wouldn’t be able to find any food whatsoever. Now, I am not saying that times would be tough and that a majority of people would not be impacted in any way, but we would have… Read more »