Survival of the Savviest: 6 Clear-Cut Uses For a Survival Knife 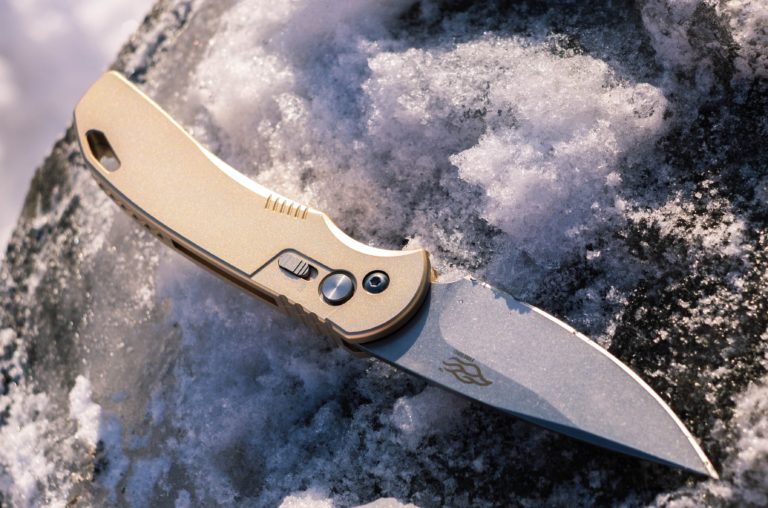 You never know when venturing out into the wilderness can take a turn for the worse, which is why the number one rule is to come prepared for the worst. Since packing three weeks worth of food and a parka for an overnight summer backpacking trip isn’t feasible, plan on keeping your equipment limited to what’s going to be the most valuable and versatile. When it comes to outdoor adventure, having a survival knife that is sharp and durable should be a staple in your gear lineup. If you’re unfamiliar with the many uses of a knife beyond whittling away at twigs, here is a list of reasons that it may be the reason that you’re able to stay alive.

A knife may not be the first tool you think of when needing first aid but can prove to be invaluable. If you find yourself injured beyond the bounds of basic first aid, survival knives can be used to create splints out of wood and bandages from clothes. If you have to hold out in the wilderness for longer than expected, stabilizing broken bones and keeping wounds covered can prevent further injury and infection from creeping in until you reach safety.

Being in a situation where you have to defend yourself against a wild animal or even another human is a worst-case scenario, though one for which you should actively prepare. Having a knife on hand and knowing how to use it can give you the upper hand when fending off an attacker. Using your knife as a defensive measure should only happen if you’ve exhausted every other option since it can be equally as deadly as it is useful to you.

When traversing the wide-open spaces of the Great Outdoors, you don’t want to be caught dead without an ample supply of cordage. For those beginner backpackers and pro hikers in the making, you may be wondering: why is cordage so important?

Suppose you’ve found yourself on uncharted terrain, deep in an outdoorsman’s paradise, when suddenly a brewing rainstorm sneaks up behind you. In these less-than-convenient circumstances, you may need to construct a makeshift shelter with limited to no man-made luxuries at your disposal. Similarly, you may find yourself blockaded by a body of water without travel-friendly cordage.

What to do then? Put your survivalist skills to the test by handweaving DIY cordage. Whether you choose to use nearby plants or stashed animal skins, the choice is yours. With a few naturally growing and easily pliable materials, a survival knife, and a steady hand, you’ll be well on your way to weaving cordage any seasoned survivalist would applaud.

But where to start? After skinning the animal skins in question and scraping residual mucus and membranes, allow the animal hide to dry. Then, cut the skin into strips once stripped of clinging dirt and bacteria. Without your trusty survival knife on your person, preparing the bare materials for DIY cordage will prove challenging if not impossible. To avoid catastrophes that cordage could remedy, keep your survival knife within arm’s reach at all times. With a survival knife hitching a ride in your pack, making natural cordage will be a cinch.

With one wrong move, you could find yourself restrained by a seatbelt, caught on a protruding tree branch, or held hostage by a tangled shoelace. Without a survival knife in your artillery, these entrapments can occur in seconds flat, leaving you airborne, inverted, tethered to Mother Nature’s decor (i.e., a neighboring tree), or in imminent danger.

However, with a survival knife, you’re one swift motion away from freedom.

Building a shelter should be your number-one priority if you find yourself outdoors without the proper equipment to set up camp. An adequate shelter can be the difference between life and death when you need protection from animals and the elements, like rain or sun. A knife will allow you to hack at downed tree limbs required to set up a simple lean-to. You’ll also be able to gather insulating materials for the roof and siding like grasses, thin tree limbs, leaves, and moss. Packing these materials on the outside of your shelter will help keep out wind or rain if any decides to make an appearance.

When scaling mountainsides or exploring densely wooded hills on foot, the path to your final destination won’t always be a clear shot. In fact, in more instances than not, you’ll have to forge your own path by clearing drooping branches and underbrush blocking your way.

With a survival knife, a single swipe can demolish walls of shrubbery and reveal a path uncharted. No longer are the days of trudging through tough or physically dangerous terrain. After all, a few bushes and branches are no match for a well-maintained survival knife.

As an avid survivalist camper, you’re likely no stranger to the arduous process of splitting wood. While a necessity for creating dry tinder and producing shingles, slats, or boards, splitting wood no longer requires the back-breaking labor axes and hatchets demand. Instead, with batoning, seasoned nature lovers can generate kindling with a few simple steps (and their tried-and-true survival knife in hand).

Whether you’re on a planned backpacking trip or have to fend for yourself in the wilderness for an extended period, a knife is critical for nutrition. From creating and setting snares to skinning and preparing your catch, a well-sharpened knife can do it all. Foraging for edible plants and roots may be more successful than hunting day-to-day but often requires digging and slicing. Your meals may not be the most gourmet you’ve ever created, but adequate nutrition is crucial to help you survive during long days outdoors.

It’s much easier to get turned around in the wilderness than you would think. If a disaster strikes and you wander into unfamiliar territory, the last thing you want to do is keep walking in circles. Having a knife on hand can be a game-changer as it allows you to mark the places you’ve been and the paths you’ve followed. Making small marks in downed logs, trimming some branches off of trees, or scraping a symbol in a nearby boulder will all do the trick. If you lose your direction, marking your path will keep you heading the right way.

Fires can be a tremendous asset when you’re roughing it in the woods. They can keep you from freezing, dry out damp clothes, boil water to get rid of harmful bacteria and cook your meals. Having a survival knife can help you split large portions of wood by batoning, where you drive the knife’s blade into the wood by hitting the hilt with another object. Striking the metal against stone can cause sparks, helping you to light your fire as long as you keep your flammable grasses and tiny twigs nearby.

When days of hiking, kayaking, and campfire cooking wind to a close, the silence of the Great Outdoors can leave idle minds begging for stimulation. For a campground boredom cure-all, consider taking up wood carving or challenge your fellow campers to a knife-throwing contest. Whatever your preferred boredom buster, be sure to take these tips into consideration.

What better place to get crafty than a campground, free from the distractions of buzzing phones, overflowing email inboxes, and roaring televisions? Before experimenting with wood carving, you’ll need to learn how to sharpen your survival knife of choice. Additionally, campers will need to familiarize themselves with the location of the knife’s sharp edge. From there, it’s just a matter of following the necessary safety precautions, such as wearing a glove and planning out your design beforehand.

If wood carving isn’t enough to keep boredom at bay, challenge your tent-mates to a knife-throwing contest. Before you battle for the crown of knife throwing champion, you’ll need to study up on throwing basics, establish a throwing stance, and master your half-spin (and one-spin) throws. To avoid endangering your campsite mates, be sure you have a clear view of your surroundings, dress appropriately, and ensure bystanders are at least three meters away from the line of fire. Otherwise, innocent campground festivities could take a turn for the worse.

The biggest asset when having to survive in the wilderness unexpectedly is to prepare for the worst. With a durable survival knife, you can tackle almost any major challenge thrown your way.

Without a knife, you may not be able to build a decent shelter to protect your body from rain, wind, or scorching sunlight. A blade makes cooking meals with fire and preparing your food much more efficient and can come to your rescue if you get turned around, get injured and need a splint, or have to protect yourself.

If you’re a serious outdoorsman or are looking for ways to better your odds of toughing it out in the wilderness, a survival knife may be just what you need.

A good knife (or two or three or four) is, in my opinion, the single most important tool that should be carried everywhere you go, barring the obvious restricted places. I usually carry a minimum of three (fixed blade on my belt, small folder in my pocket or fanny pack, pen knife on my key ring) along with a multitool. They all get used just about every day, no matter if I’m at work, at home, in the woods, at a friends house or helping an elderly neighbor open up a package from Amazon. It blows my mind how many… Read more »