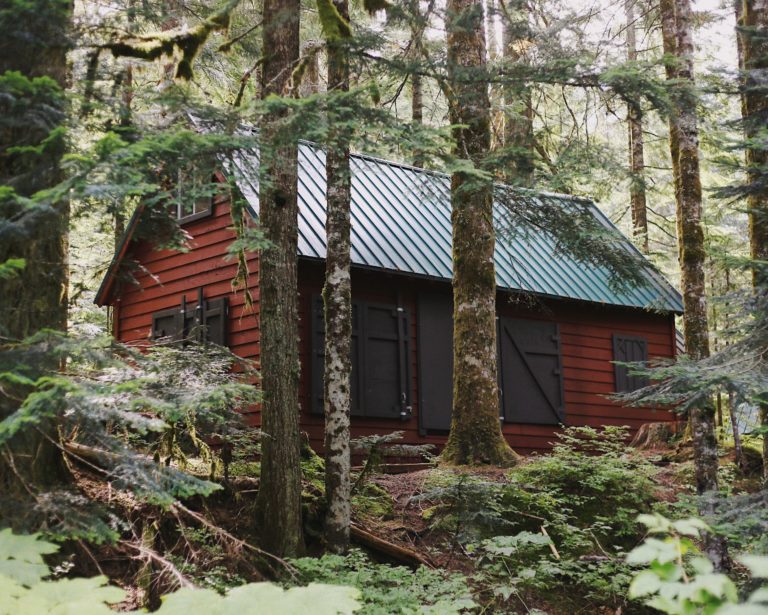 Are you thinking about having a go at off-grid living? The thought runs through the minds of most working adults, especially city dwellers, at one time or another. But the fact is that only a small percentage of people go through with their wishes and make the transition. For all sorts of reasons, whether it’s non-cooperation of a spouse, inability to keep one’s job after the move, fear of what it might be like to live a non-mainstream lifestyle, or something else, the majority of working adults usually ditch the idea at one point or another.

Unfortunately, many of them give up their dream of leaving the grid due to misinformation they picked up from unreliable sources. What are the most frequent untruths, half-truths, myths, and misconceptions about off-grid living? In no particular order, here are the ones that tend to pop up the most, along with the facts about each one.

You Won’t Be Able to Work a Normal Job

In today’s telecommuting economy, millions of workers in all sorts of professions work from home and earn a living. A decade ago, this fear was based on reality because few jobs allowed folks to work from remote locations. But especially after the COVID pandemic and recent advances in technology, using a standard computer connection, or even a smartphone, is a much more common way to earn a living.

Finding Gasoline Will Be a Problem

Residing in an area that is technically considered off-grid means having to supply your own electrical power and water supply. Some folks who are unconnected to those supply grids have easy access to gasoline stations. But, the main thing to remember if you do make a rural or wilderness location your home is that you can’t store gasoline forever, even if it’s already in your car’s tank.

Fortunately, you can review an article that explains how long gasoline lasts in a typical car, and learn why bad fuel can cause engine problems for any kind of vehicle. Like most other natural substances, petroleum-based fuels break down over time and lose their original chemical composition. Learning the particulars about this process is an important part of surviving and thriving in a new lifestyle.

It’s Dangerous in the Wilderness

This is actually two myths in one. First, you won’t necessarily be in the wilderness because non-grid existence just means you won’t be connected to the common sources of electricity and water that most city and suburban homes are hooked up to. Plenty of non-gridders are just a mile away from shopping centers and convenience stores.

As for the danger, that old misconception is also based on the idea of being holed up in a distant mountain cabin, hundreds of miles from the nearest road. Ask yourself whether you’d want to reside in a downtown condo in a large city or a secure house 20 miles from the city limits. Urban crime is currently at historical highs, so use logic when evaluating the truth and falsity of what you hear about both remoteness and danger of any alternative lifestyle.

You Must Own a Very Large Plot of Land

There’s no requirement to own a multi-acre plot to create your new way of life. In fact, many homesteaders (a word the non-grid folks seem to prefer these days) don’t own any more land than a typical city side property owner. It’s true that some buy large plots, but that’s not as related to getting off the grids as it is to the fact that unimproved land is often quite inexpensive.

You Must Learn Total Self-Sufficiency

Just because you supply your own water and electric power does not mean you’re becoming Robinson Crusoe. A large number of homesteaders are solar energy enthusiasts who invest in large, ground-based arrangements and get the majority of their power from their cells. For water, they either use a huge tank system or get it from a nearby well.

The self-sufficiency myth is an old one and refers to people who did in fact move to the wilderness. The return to nature movement took place in the 1920s and 1930s, for the most part, and was made up of people who already were farmers and homesteaders. Today’s grid-avoiders sometimes do a bit of farming, but mostly they just opt out of the traditional power grid and water supply system.

Only Farmers Can Do It

Few non-grid enthusiasts are farmers, and there’s certainly no need to brush up on your agricultural skills if you intend to leave city life behind. In an era when solar power is relatively practical, well water is safe and widely available, and grocery stores are everywhere, off-gridding is not about farming.

However, if you choose to purchase a couple of acres and grow food crops or raise livestock, have at it, but don’t fall for the widespread myth about farming. One thing a lot of people do when they say goodbye to city and suburban life is learning to raise chickens for both eggs and meat. Compared to growing crops and actually tilling the land, raising livestock is easy to learn and comes with relatively low upfront costs. But, it’s not a necessity, just something that many people like to try.

Big Box Store Solar Kits Will Supply All Your Electricity

If you want to rely on solar energy in your new homestead, don’t expect store-bought kits, like the 45-watt versions found in home goods and hardware stores. Kits like those are useful for people who have other power sources. Regardless, 45 watts won’t get you through even a half-hour of a typical day in a 100 percent solar house.

Going solar means making an investment of several thousand dollars for a system that can generate enough electricity for your family’s needs. In many places, it’s possible to get tax subsidies when you purchase larger solar systems. Additionally, even though the upfront expense is substantial, panels last a very long time can be moved from one location to another, and can even be resold if you decide you no longer need them.

Doing Laundry in a Tub Is Relatively Simple

Be ready for a disappointment when it comes to washing your clothing because it’s a much trickier process than most people suspect. For starters, doing several loads by hand can be a very tiring chore unless you’re in top physical shape. Second, the difficulty is not so much in washing, which is just hard labor, but in drying.

Even single people who live alone discover that they don’t have near enough indoor space in an average-sized house to hand all their items to dry. Weather often prevents you from using clotheslines, which means you might need to decorate your new home with multiple drying lines that will get in your way on a regular basis. Consider using a low-energy dryer even if you do all the washing by hand.

You Can cover Your Roof with Solar Panels

This is another solar-related myth, and there are several. The old roof system for panel placement has given way to a much more efficient technique, namely ground-mounted panels. Putting the units on the ground has many advantages.

First, roofs often get so hot that the high temperatures interfere with the efficiency of the cells. Plus, ground mount units allow for quick, safe, and easy cleaning. One thing homeowners are usually surprised about is how often they need to remove dust, snow, dirt, bird waste, leaves, and twigs from rooftop solar power systems. When your setup is on the ground, you won’t have to scale a ladder and do the endless reaching.

If you have a top-of-the-line solar power system, you might be able to get along with propane, a cheap, convenient fuel that serves as an excellent backup for those who live on farms, in suburbs, and unconnected to traditional water and electric sources. Expect to need propane and plan on using it for those days when your sun-based units just don’t have the stored power to get you through a round of cooking, watching TV, and using lights. Remember, nearly any device or appliance you own that runs on electric power can alternately operate on propane fuel alone.

Truth be told, with today’s high-efficiency electric stoves available at reasonable prices, wood stoves can be a pain. The nostalgia factor is wonderful if that’s what you’re after, but actually operating a household when your primary stove burns wood is a labor-intensive daily chore. Not only do you need to have a ready, and constant, supply of usable wood for the unit, there are endless tasks associated with cleaning and maintaining it.

There’s a reason homeowners all over the world immediately stopped using wood stoves when electric and gas versions came on the market. Wood stoves might look nice and add ambiance to your house, but they will wear you down physically unless you enjoy hard work on a daily basis.