Editor’s Note: Another guest submission from Zac Martin. This is a subject that hasn’t been written about in awhile. I did add links to the previous The Prepper Journal posts on the subject at the end for your research. Be safe out there and note my closing message!

A friend of mine just evacuated his mother-in-law from Florida prior to Hurricane Irma’s arrival. I’d heard multiple reports on the news of severe gas shortages all throughout the state and so I asked him if he had had any trouble with filling up his tank. 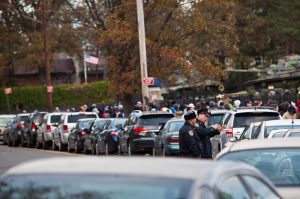 His response? He had had to drive to three separate gas stations before he finally found one that hadn’t been run dry. What would he have done had they not had enough gas in their car to search all over town for gas stations that weren’t empty yet? He potentially could have been stranded in an area that was being evacuated, or worse. 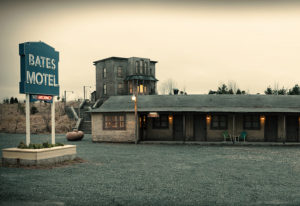 We’ve had an active hurricane season this year, and there are further reports that we are going to continue to experience a gas shortage this season’s until hurricanes finish pummeling our coastlines.

So how do you avoid gas shortages when crap happens? When the pump runs dry what do you do? Your car will no longer get you anywhere, and if there’s a power shortage in your area (which there is a high probability of if people are evacuating), then eventually your gasoline-powered generator won’t work either.

No generator = no refrigerator, and this can have big repercussions if you have stored medication that needs to be kept cold or a decent amount of food that will otherwise go to waste. Just look at the current state of Puerto Rico. They’ve got absolutely no power and nobody has any idea of when it will be back on. How do you keep your father-in-law’s insulin refrigerated when you have no gasoline?

As you can see, the wisest course of action would be to have at least some fuel stored prior, but there are a lot of questions this raises.

We’re going to aim to answer these questions and more throughout this article.

The general rule of thumb when it comes to storing fuel is that the more refined the fuel is, the shorter the shelf life is going to be. This means that kerosene, being the least refined, is going to last a much longer time than gasoline does. On average:

Storing fuel any longer than this can result in engine troubles if you decide to use it. With time, decomposition occurs which can result in gums and peroxides accumulating within the fuel. These can then clog fuel filters, lines and pumps and make it so your engine won’t run altogether.

Gasoline has further problems with becoming useless over time because the butane that’s added to it to help your engine start will evaporate.

So what can we do to protect our fuel?

The first and most important thing that you can do to protect your stored fuel is to make sure that you actually have it stored in a secure container. Fuel needs to be kept away from moisture as this will accumulate within the fuel causing problems when you do finally use it. The best place to store fuel would probably be in a sealed underground container, but those are expensive and a lot harder to come by.

Good ol’ fashioned fuel cans are going to be the most common form of storage for the average American. Do what you can to store these canisters in an area that is not exposed to extremes of temperature or moisture. By doing this you will help to preserve the integrity of your fuel long term.

Fuel stabilizers work by preventing the decomposition of the different compounds within fuel, with the most common fuel stabilizer you’ll find being Sta-Bil.

Sta-Bil is a wonderful fuel stabilizer that will actually increase the longevity of your fuel, particularly gasoline. You can find it at essentially any home-improvement-y store out there and I’ve found it at Tractor Supply, Lowe’s, and Home Depot just to name a few.

Gasoline has butane added to it. Butane evaporates over time. This makes starting your car/generator/whatever even more difficult during colder months. Gasoline companies know that butane evaporates, and they also know that if your car doesn’t start during the cold you may assume that the last gas station you went to sold you junk gas. 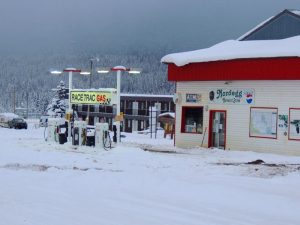 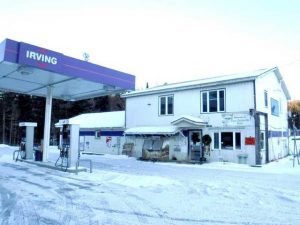 So, they add extra butane to gasoline during the winter time (the infamous “winter blend” always talked about when refineries slow production to switch) to help with cold-weather engine starting. Buying and storing winter-produced gasoline will mean that your gasoline will have extra butane added to it meaning that it will last longer than summer-time gasoline.

It’s fairly common to have at least some water find its way into your fuel, whether that be from condensation or a faulty gasket. With diesel, that water will have a higher density and sink to the bottom of the fuel tank. However, right where the water line meets the diesel line bacteria and fungi have the potential to grow and cause problems if given enough time and the right conditions. 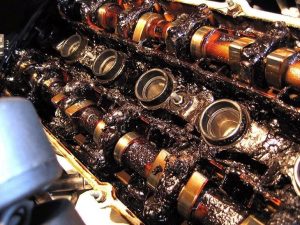 These bacteria and fungi can give off acidic byproducts which in turn can result in sediment (affectionately referred to as ‘diesel sludge’) depositing at the bottom of the tank, plugged fuel filters, tank corrosion, and crappy fuel. Using a biocide such as Bellicide with long term diesel storage can help to eliminate this problem before it ever becomes an issue.  Sta-Bil also has similar diesel storage products however, and I’m personally more familiar with them.

Nobody wants to be stranded in a potentially dangerous area without access to quality gasoline. Therefore, storing a reasonable amount and taking care of it is a very wise precaution. By following the above tips, you’ll be much better prepared to get your family and yourself out of dodge when the going gets tough.

Editors Note: While we are big fans of Jerry Cans, and think they are the best for storing fuels at home, they are NOT suitable for storing potable water! They have an internal coating that is non-reactive with fuels that protects the can from corrosion and the fuel from reacting with the metal. However this coating will dissolve into water stored in the cans and it is very bad for you. From their official site under FAQ:

“CAN YOU USE THESE CANS FOR STORING WATER OR POTABLE WATER?
This can is not to be used with water. Water will mix with the liner and fuel will not. Wavian cans should never be filled with water. But you can use these plastic BPA Free jerry cans.”
Be careful because a lot of “survival” boards will have posts from someone claiming they raised their child from birth with water stored in a Jerry Can and the kid is now 12 and fine. They leave out that he has three eyes, no nose and a third arm! 😉 Kidding aside, the Jerry Can is NOT for water.
0 0 votes
Article Rating
Share. Twitter Facebook Pinterest LinkedIn Tumblr Email

For my generator, I purchased the adapter kit that allows you to use it for gas, propane and natural gas. 3 is 2, 2 is 1 and one is none. 🙂

By far the best fuel stabilizers I have found are Pri-D and Pri-G, for diesel and gasoline. They will rejuvenate fuel that has been sitting for 2 or more years and will keep fuels good for a number of years if used once per year.
You will have to purchase them online, as I have never found them at any retail stores. 16 Oz of Pri-G or D will treat 256 gallons of fuel, and has a shelf life of 2 years once opened, or an almost unlimited shelf life if unopened. Really worth checking into.

I drive a diesel truck and we have a diesel tractor. I keep 20+ gallons of diesel on hand at all times as well as a full tank in the tractor and I rotate the fuel to keep it fresh. I have a 25kw pto generator that will run the whole house. I second the vote on PRI-D and a good biocide. The key to keeping diesel fresh is keeping it free of moisture and the key to that is keeping the tanks full with as little room for air as possible. The more air in the tank the more… Read more »

Gas can be stored for up to eight years.

I purchased gas in 2009 and stored it in a metal 55 gallon drum. Then I preserved it with Pri-G (found at RV supply stores).

In 2017 I then transferred it to a Ford F-series. The fuel burned just fine with little change in MPG and no fuel clogging problems. I used over a hundred gallons of the fuel.

I dosed the gas with Pri-G a couple of times over eight years and stored it in a cool (50F – 60F) location.

Old fuel cleans up well with a few drops of shellite

No idea where the store “winter blend” recommendation comes from – but running that mix thru a modern vehicle in summer heat causes problem – all kinds knocking, fuel injection and even stalling …

My emergency fridge runs on propane and is in my small rv.
Keep an eye on the news and stock up on fuel when things start to look like it might turn sour. if it doesn’t then use the fuel for normal life. I stock up on propane which will not go bad. The shelf life of gasoline is not that good. so I only store enough to use for the short term and if it looks as though I may have trouble then I’ll stock up.