I tried to see if someone is credited with originating the term “cooler heads will prevail.” I found no one credited but it has been around for quite awhile. George Washington is even quoted in the meme below as saying “Truth will prevail”: 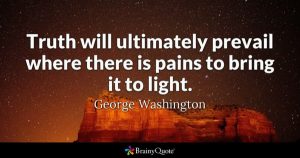 But I found that on the internet, and we all know that to be an impeachable source. And of course the internet is littered with pundits using the term for all sorts of situations, all with a general underlying theme, either the lack of willingness to compromise and move off their own dead center, or a way of saying “we’ll figure it out” without offering any compromise, any step closer to resolving the issue. A disingenuous delaying tactic common in our political system.

And now we find ourselves at the beginning of 2019, nearing the end of January and our government in a partial shutdown since before Christmas. Partial having various meanings. If you are the elected Democratic Speaker of the House, and third in line for the Presidency, it means taking ninety three (93) friends and mostly family on an extended tour of Europe and Asia not only at taxpayer expense but using as your servants members of the United States Air Force and their assets while they remain unpaid. One with no accountability to anyone.

If you are in the military, or Border Patrol, or ICE or an air traffic controller or TSA agent it means going to work as usual without getting paid. It means at a minimum watching your credit score drop and your supplies dwindle. One where your are accountable to everyone and subject to the rules not only of your employer but to those with whom your have entered into contracts with, such as your mortgage holder, credit card companies, city services and utilities and on and on.

So What if Cooler Heads Don’t Prevail

We all know the above, apologies for droning on the media mantra, but now the media has started to talk of their predictions for the results of certain other actions, and this is a little unsettling. As we know those in positions of power feed the media things they want to be “news” and the stories of impeachment not only of a sitting President but of members of the SCOTUS were openly broadcast on the alt-left Media, CNN and MSNBC over the weekend and the network alphabets following up yesterday. Even the mostly defunct print media is on-board and then there are those without filters or controls on the Internet.

While The Prepper Journal is no stranger to the idea of the possibility of open conflict coming to pass, and has posted about it for a number of years:

How to Survive a Civil War in America

The Revolution will Not be Fought with Rubber Bullet’s

The media has begun to connect the dots (just two of them) from open attempts at impeachment to open civil strife on the streets of America. Rhodes Scholar candidates every one.

The reality of the forces at work here are not to be passed off as simply posturing or playing games. They are playing the long game, to make the unthinkable thinkable. As preppers this is a call to really dig in and review your families options and planning. 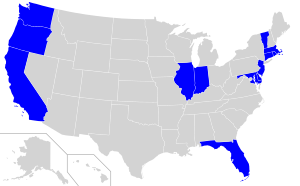 There are now thirteen (13) states with implemented Red Flag Laws. The same number as stripes on our flag, original colonies supporting the Declaration of Independence and prosecuting the first American Revolution. The 116th Congress has promised new legislation to prohibit private gun sales and extend background checks against highly suspect government databases, which could now complete the circle by adding the information presented in Red Flag processing. Does one only have to be accused to be entered into the databases? Unknown. The current ATF Form 4773 has not been updated.

How would you answer question 11b of ATF Form 4773 if you were trying to purchase a firearm and a relative had gone to the authorities about you under the Red Flag law?

Could this be the next step in being presumed guilty until proven innocent and with government controls in place to prevent removing the data of false accusations from their databases more daunting than climbing Mt. Everest alone, in winter, naked and with a Sherpa hiding in your backpack.  All it might take is a single vindictive family member, or a police officer, let us not forget the lessons from the last SCOTUS nomination process. 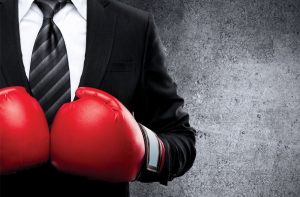 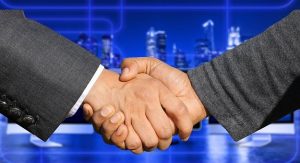 So where are the cooler heads? When will they step to the forefront and bring about some semblance of character, statesmanship and compromise for the good of the American people? Can any American voter look to the person they voted for to step up? The Executive Branch has certainly extended the olive branch, opened the door a crack and we continue to wait as the first response was the predictable venom and rejection. The posturing, the media dance, the pandering to the donor/overseer/owner class who have bought and paid for our legislative body for decades, has indeed corrupted our form of government. Is there a better argument for term limits than this? But seriously, how would term limits ever pass in Washington D.C.?  To our peril our founding fathers did not consider a career a serious thing, after all they all worked for their living.

My goal is not to incite or to incense, but to simply follow the money that corrupts completely in our nations capital, and state houses from sea to shining sea. The election of the 45th President has opened the curtain to the people at the controls of the Wizard of Oz. As preppers we are planners, we hedge our chances for survival by preparing for the worst case scenario. We hope upon hope it doesn’t come to pass, we offer an open hand to compromise while keeping our options open and the security of self and family always within reach.

When I was in the military I lived from pay period to pay period, I was 19 and it was really my first away from home life experience. Missing two months pay would have been my personal Armageddon – I was not a field-grade officer or above. 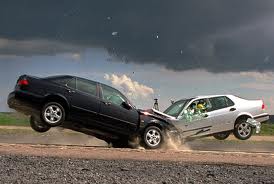 Chicken is a dangerous game when one side has no fear of the other or concern for the innocent bystanders, the collateral as one politician referred to above called her constituents.

Be safe out there, and keep your ear to the wind.