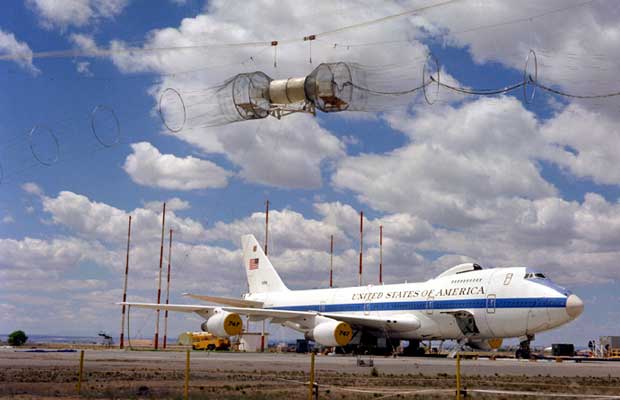 As many of you are already aware by now, the Government has policies and procedures in place for using our nation’s military against civilians. These polices aren’t new, but the general public largely ignores or simply refuses to believe that the same military we place on a pedestal, clap and cheer for when they arrive safely in an airport and weep for when their flag draped coffins return from war could be the same people we are running for our lives from. The military that is comprised of our best and brightest, our sons, daughters, sisters and brothers is training actively to take up arms against us and we don’t give a damn apparently.

In 2010, the Department of Defense released the Defense Support of Civil Authorities (DSCA) which was just recently covered in a Washington Times piece by Bill Gertz. In his article, Mr. Gertz voices his concern in the beginning with how the “troubling aspect of the directive outlines presidential authority for the use of military arms and forces, including unarmed drones, in operations against domestic unrest.” And this is true as you can read for yourself in the actual DOD directive by visiting their site: http://www.dtic.mil/whs/directives/corres/pdf/302518p.pdf

I have been preparing for a large number of things since 2007 when I began to feel this odd sensation in my gut telling me that the world as I knew it seemed off. That something wasn’t quite right and I didn’t see it getting any better. There was no specific moment or cause that made me start prepping. I didn’t live through any natural disaster even though seeing plenty of disasters in the news had an effect on me I know. I try to convince others who read the Prepper Journal that a generic approach to prepping is best and I have diversified my personal prepping plans based upon the threats I can realistically see happening in our future. I have taken steps to prepare for an economic implosion by buying precious metals like silver. I have stocked up on long-term storable food and water. I have purchased weapons to defend my family along with ammo and first aid supplies. We have taken steps to build a garden, to can our own food and to raise chickens all with the hope that these things in various ways or all combined could help us better be able to handle major disruptions in life.

I would be lying if I said that the threat of a government tyranny was something I never thought of. Is that the number one thing I prepare for? No, but I would say it is pretty close to the top of the list. Why do I think this way? Well, there are all sorts of signs I could point to that make me believe that some type of tyranny is possible and that these same signs all point to it fast approaching. Could it be the gutting of any personal privacy by the NSA? Could it be the repeated laws in direct contradiction to our Constitution? Could it be the loss of personal rights and the eroding of our freedoms? Could it be the militarization of our police? The purchases of billions of rounds of ammunition by agencies as seemingly benign as the Social Security Administration and NOAA? Could all of these changes in our once free Republic be the opening moments we will remember 50 years from now that signaled a darker period in our nation’s history?

When I do think about a potential tyrannical scenario I am always torn with wondering how it could actually happen. On one hand I think it would be incredibly foolish for the government to simply start rounding up civilians and shuttling us off to the FEMA camps. A simple math equation will tell you the number of civilians with guns versus the number of police and military. Sure, they have more powerful weapons, but I have to really be in a dark mood to imagine our military launching cruise missile attacks into our cities; destroying the very homes they grew up in and killing their family members. I believe that no American military in any significant numbers would attack their own country. I could more likely see mass defections than I could open aggression by people in our own families, regardless of the reason or orders given by superiors.

The theme I keep coming back to that seems more plausible is a national catastrophe. What would make millions of people willingly submit to Government tyranny? What would make a nation say, our freedoms don’t matter anymore, we would do anything to stay alive or safe and I think that a common prepping topic is one possible threat that could do what no military force in the world could do and that is make our country surrender.

We have talked about the effects of EMP on the Prepper Journal before. In case you don’t know, EMP stands for Electro Magnetic Pulse and is usually associated with terrorists or rogue states bent on crippling the United States. An EMP blast or several over our country could wipe out power for millions instantly and theoretically send us back to the 1800’s in terms of how we live. EMP is technically possible right now and this isn’t any conspiracy theory. Our government has held meetings on this subject and some plans have already been made to protect some of our critical infrastructure from the effects of the pulse which would fry most any electrical devices running.

But what if our government is the one who launches the EMP on our own soil? Could that be so far out of the realm of possibility? With an EMP attack, no buildings are destroyed, people don’t die and casualties are minimized, at least from the standpoint of war. There would be some deaths of course but our society as a whole would be alive, just without power. I imagine planes in the sky would fall and people on life support or in surgeries, on feeding machines etc would perish, but in terms of actual conflict, an EMP seems to be a nice and neat way to take down a country without wiping it out completely.

In Bill Gertz’s article, he mentions the source who actually defended the Directive authorizing military force against civilians as saying the following:

The official said: “I suppose that in a very extreme case, one can imagine a combination of natural and man-made disasters that result in the cascading failure of communication infrastructure, or some electro-magnetic pulse that shuts down all electronic communication.”

Is it possible this document was intentionally leaked to the Washington Post? It isn’t new as I said but this official seems to be guiding the story in one very likely direction. An EMP would cause mass chaos and would easily give the government the “extraordinary circumstances” needed to step in and “engage temporarily in activities that are necessary to quell large-scale, unexpected civil disturbances”. You wouldn’t have to take anyone’s guns away. You wouldn’t have to fight the whole country. Just set off EMP’s, blame some rouge terrorist outfit and let people suffer for several months to a year.

In short order you would see rioting and death because of the fear and the genuine hardships of living in a world without power. Nobody would be working anymore because rarely anything is done without the means of electricity these days. Food and gas would be issues, fighting and looting would break out and the government would ride in to keep the peace. How perfect.

Just give the US about 6 months of living like this and people will happily march to the FEMA camps, turn in their weapons and submit to any system that looks like safety and order. They will do it because they are hungry and scared. Is this our potential fate?

I know there are those who will call this theory crazy and even use my favorite word Conspiracy Theory and I will give you one thing, it is a theory. I think this document already shows that the government is involved in conspiracy.

1. Thanks for discussing the very real possibility of an EMP. 2. This EMP could come from a powerful solar flare (flares are supposed to be at the peak of their 11-year cycle in 2015) or from a rogue state launching a nuclear bomb high over US soil… 3. …but I don’t think the US government would ever launch a wide-range EMP on US soil. Why not? The military needs lots of food, ammo and fuel to do its job, and 99% of this comes from civilian systems, which are not EMP-hardened. That said, I think it is possible that… Read more »

Found #4 here – it doesn’t give the text, however.
http://intelligencecommunitynews.com/2014/06/01/house-approves-ic-authorization-bill-for-fy14-and-fy15-including-emp-measure/

Thanks Bobcat! In a long term scenario I think you are absolutely right. However, the military has been stocking up themselves. I think its safe to say they could easily last 2 years with food, bullets and fuel with what they have stored all in subterranean bunkers. They are set up better than anyone to ride out a storm that lasts that long. Then, if they need anything, they certainly have the force to come and get it or compel people under the same emergency conditions and have even formalized a plan in the National Resources Defense Preparedness Executive orders.… Read more »