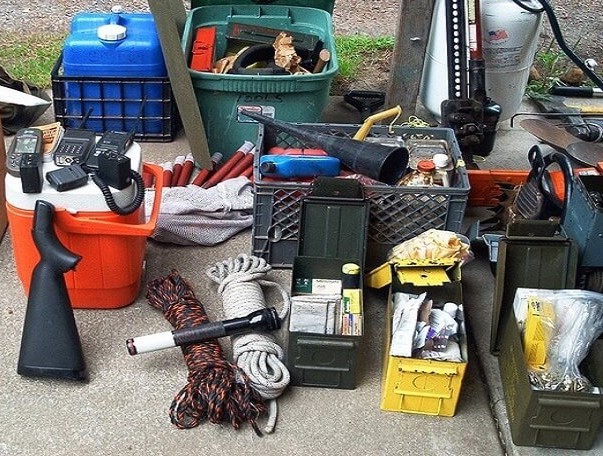 Editors Note: Another guest contribution from R. Ann Parris to The Prepper Journal. If you have information for Preppers that you would like to share then enter into the Prepper Writing Contest with a chance to win one of three Amazon Gift Cards with the top prize being a $300 card to purchase your own prepping supplies!

Whether we’re just starting out, expanding, or refocusing, whether we’re aiming for simple natural disaster preparedness or Big Thing self-reliance, the number of things to get and do can become overwhelming. Even general checklists and no-cost skills suggestions can be frustrating, especially when it comes to prioritizing. There’s also a quickie method to help us streamline and keep our preparations effective.

As we contemplate buying and doing, we ask ourselves if something applies and if it really is the next-thing, top-priority focus using our current capabilities and situations as a measuring stick.

The strategy itself is universal, although there’s a handful of super common prepper habits and advice we might specifically want to consider. 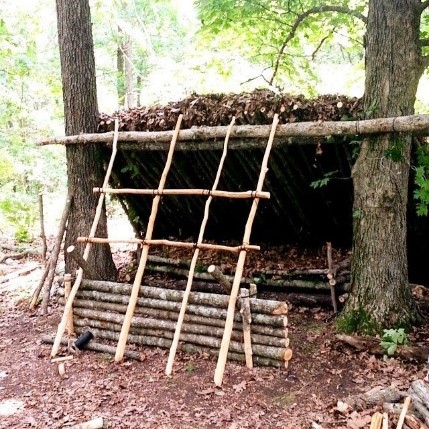 Immediate disclaimer: I am not just talking about weight. I know some pretty slender and gym-ripped people who can’t keep up haying even with a baler and pickup, and some who can’t get up and down the trails at SERC Annapolis without stumbles or slow-downs.

I also know some pretty serious chubs who can get it done – putting up fences, hauling deer, and stacking hay after fairly labor-intensive day jobs; homesteaders maintaining equines and ruminants and growing and processing 50-80% of their produce by hand. 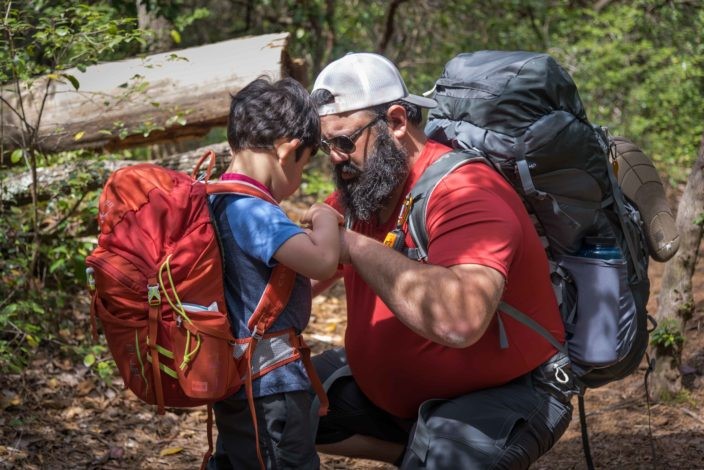 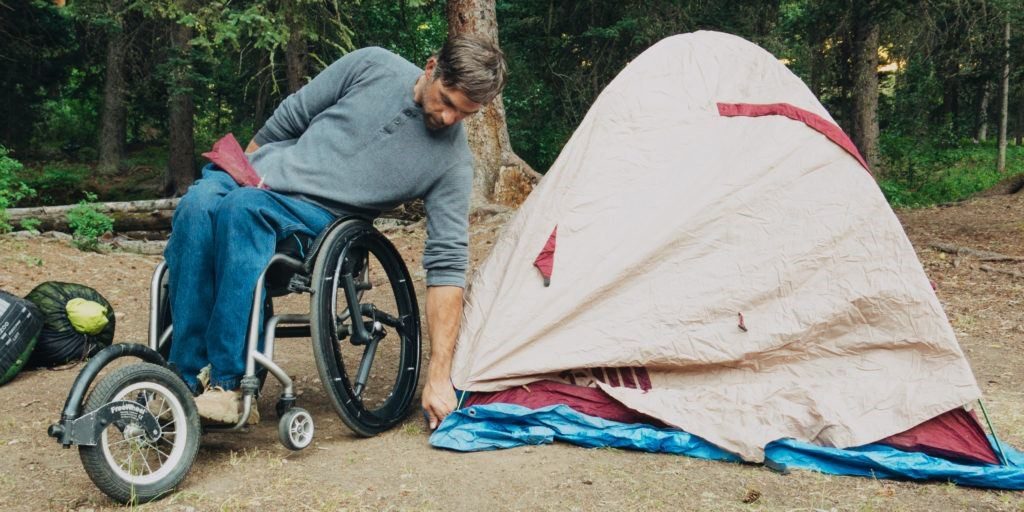 By “fit” I mean the ability to move through even just mild, low-elevation-change woods, scrub edge, rocky/sandy/boggy shorelines, and mid- to high-grass fields, and carry/pull something for hours, ideally while capable of other tasks (poles, gun/bow, compass, water bottles, foraging, wood, holding/offering a hand).

Before we worry about how to trap and forage and hunt food, and way before we consider outfitting a bag to bug out to the wilds or cross public lands/parks on the way to a safe haven, we need to at least be there. 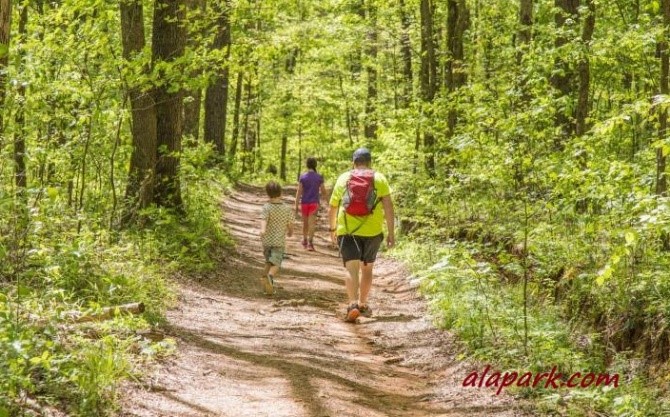 There are absolutely things we should learn before we put ourselves even a couple of hours from a hardtop. Some do have universal power-outage and backyard application. Even so…

Until we’re rough-track ready, there are better things to spend time and money on than skills and supplies that only apply to middle-of-nowhere survival situations.

If we’re laying somewhere injured or go down panting and gasping every hillside, we’re not going anywhere or collecting and building anything, so those specific skills can go on the back burner. 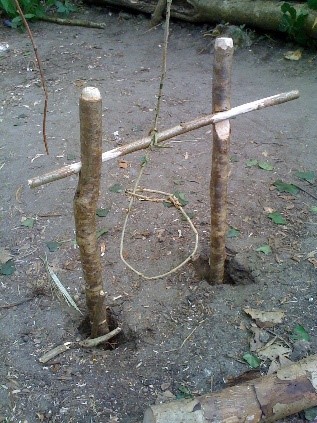 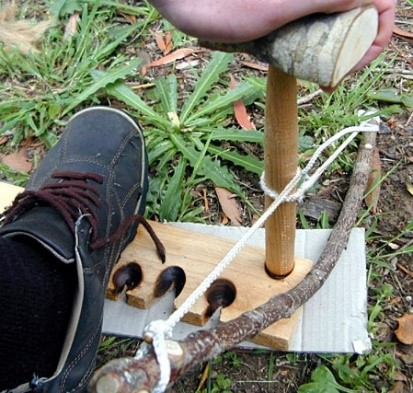 Instead: Work on it. Pretty much everywhere, there is a roadside ditch, verges, and-or parks where we can build up our bodies. Urbanites can absolutely work most of the muscles and cardio on pavement, stairs, or gym floors, but eventually you have to get on soft and uneven terrain to train your ankles and knees (or chair skills) to the specific stressors.

While we’re working on it, focus can stay on at-home power outages, urban/’burb/rural homesteading, and vehicle evacs. 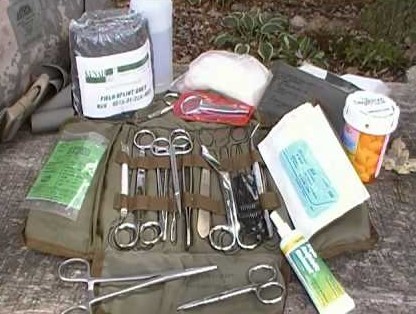 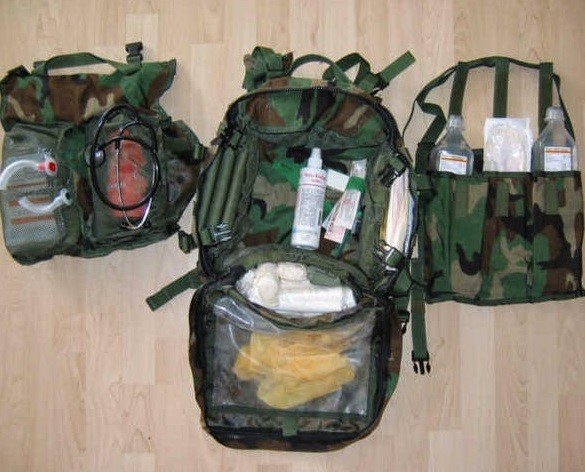 Umbrella lots of medical stuff under this one, although I endorse a range of antibiotics if they’re accompanied by information that includes dosages and the likely sources of the bacteria we’re trying to treat. Example: We know tick bites that cause lollipop-target rings have delivered Lyme, and Lyme is controlled with Doxy.

There are also things that are easy to figure out and require little training – sub-cu fluids would be an example. That said…

Watch for the supplies that only a specialist would know how to use if we’re not already that specialist. 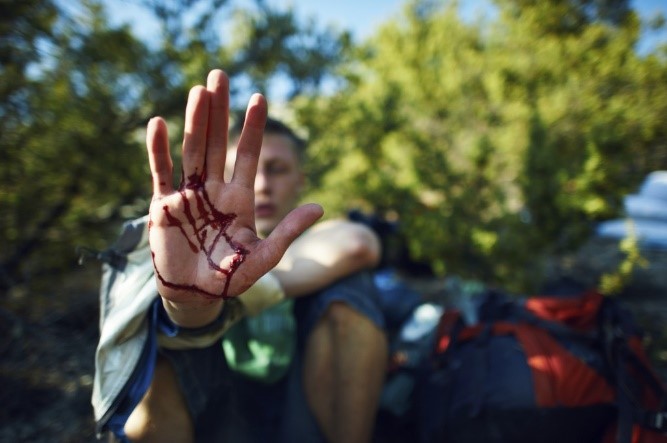 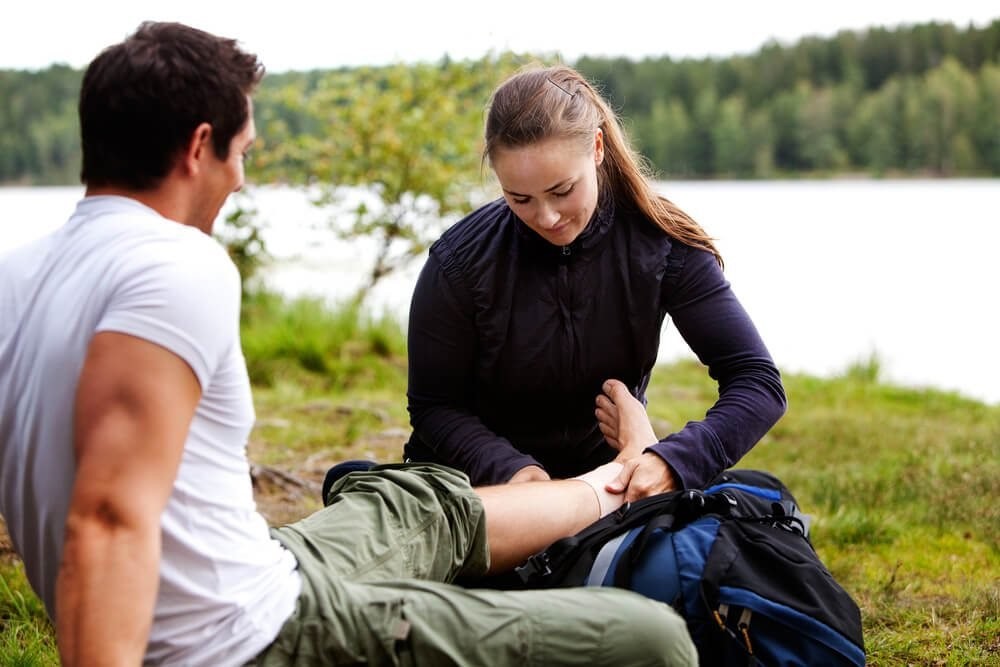 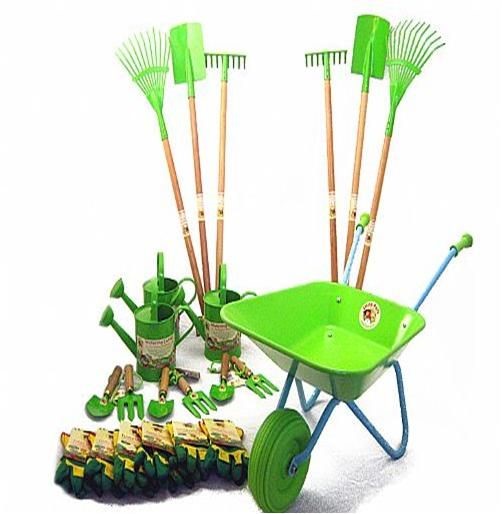 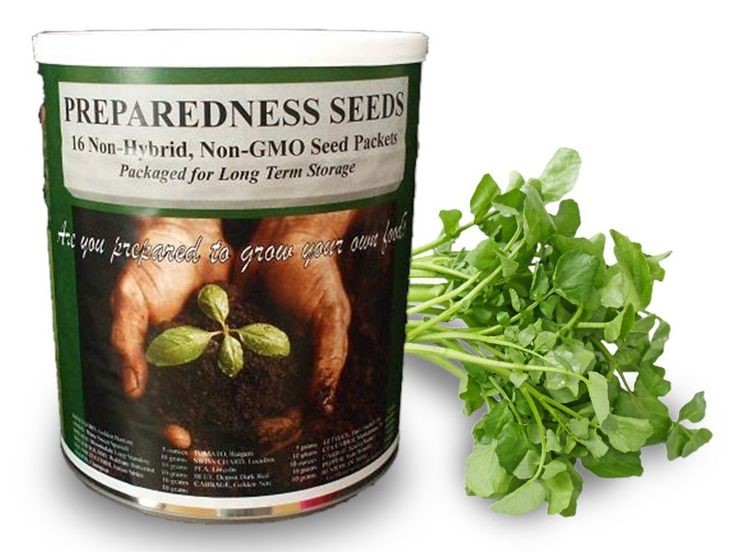 If we have them sitting on shelves unused, don’t currently have an area to plant, have no idea which parts of each kit apply to our micro-climate/locality/region, don’t have a guru already available in safe, easy walking distance, and don’t know our soil, pest, and weather patterns…

We will burn more calories than we produce with those seeds and tools. 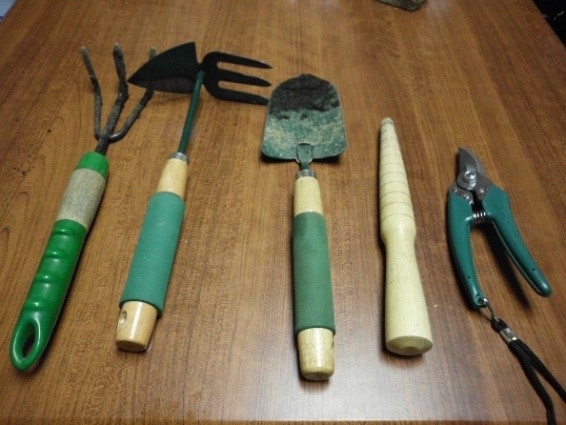 Instead: Use those “every journey starts with a step” mentalities, and start with inexpensive paper packets available in local stores – even the hybrids. They’re the ones most popular in your area, and thus most likely to be successful.

Grab/make/fake some pots, storage-tote containers, and-or little backyard beds, snag some gloves and a couple one-handed cultivators and spades, and expand from there.

Once we’re getting better, we can slide into OP’s and heirlooms that rely more heavily on a grower recognizing a problem early and responding (correctly) fast enough to curtail it or cut losses and refocus. Then we can start stocking seeds on a larger and wider scale. 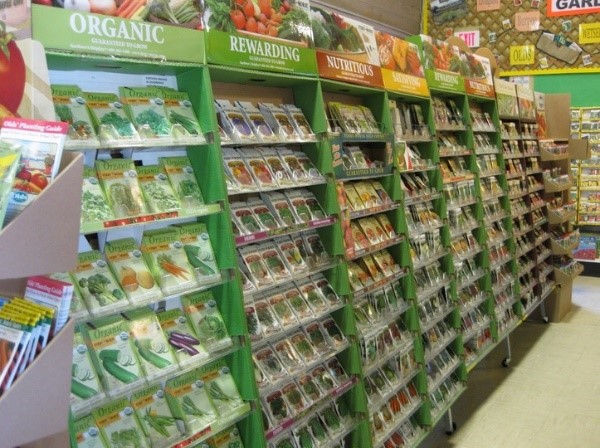 If we are urban/tight ‘burbs dwellers, head a different direction entirely.

*I can already hear the push back, “But you can learn later/find someone.” – No. If somebody’s spending $20-$100 on seeds for long storage instead of $5-15 on “normal” seeds, without meeting the prerequisites stated, they’re wasting the money. For the amount of labor calories they’re going to burn busting a yard for lettuce and squash versus total possible yield in calories (which are questionable yields, coming from those untested seeds sitting on a shelf), they’re better off going to the Dollar Tree for el-cheapo noodles to leave sitting on that shelf instead.

**If you have different push back, I totally want to hear it. The beauty of a worldwide forum is varied perspectives. 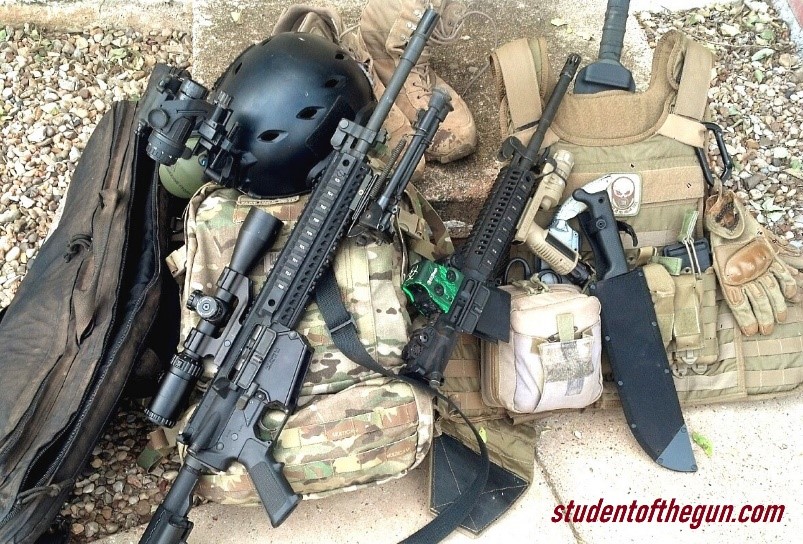 This should also yield some “yeep, eek, bah”. I’m going there anyway. AR’s, M1A’s, the Canadian equivalents, and even AK’s, and the accessories for them are too expensive to feel pressured to buy one (or five) right off the bat.

Unless we already have “normal” emergency stockpiles checked off, have a situation that immediately warrants combat gear, and have or can also afford the training to immediately put them to use…

There are too many firearms that have multiple applications and allow us to develop skills, and too few times we apply combat-level use of a long gun in the North American and English-reading nations to justify it.

Eliminate from lists: Anything “tactical” we only *know* how to use by watching Hawaii 5-0 or YouTube and-or serving in the military for 2-6 years averaging 0-60 days a year of wear/carry. (Marine combat correspondent, child of Army MPs & CID/civilian cop – I get to talk about lack of skills.)

Instead: One, get training. Two, for most of us, a handgun (and training on that) are of far more value for personal and home defense, as is enough ammo for developing and keeping muscle memory.

Shotguns and pistol-caliber or rimfire carbines and rifles are right behind them for home and property defense. Hunting skills and firearms/airguns for our most-common game – if we’re in applicable areas and situations – are also higher-priority possibilities. 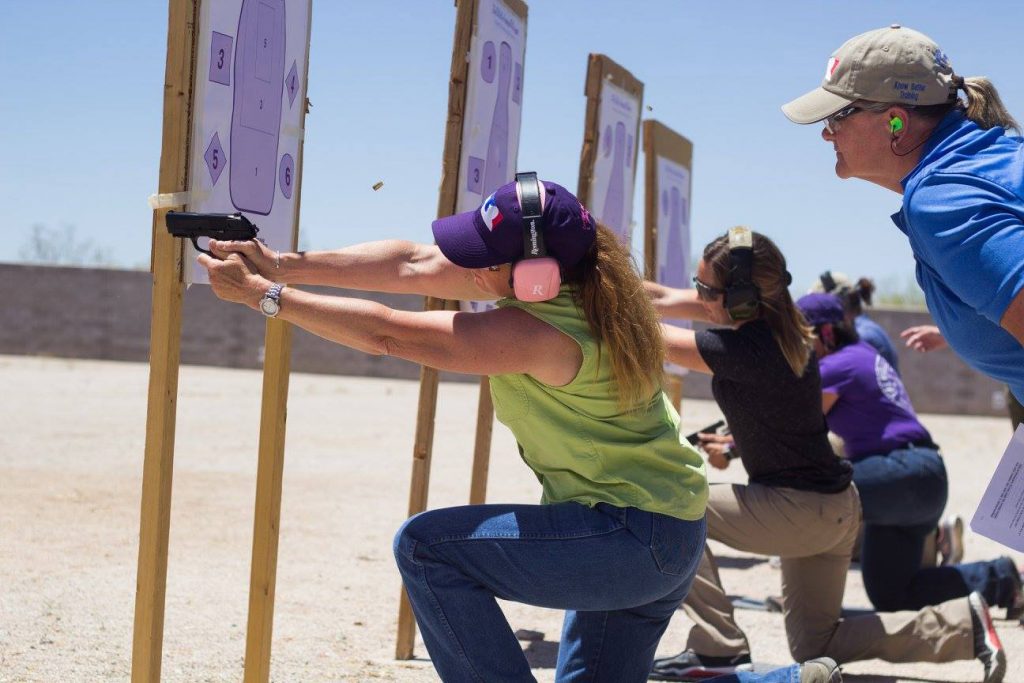 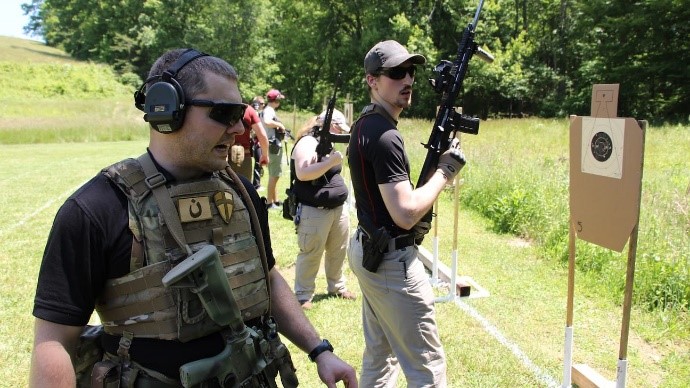 Unless it’s free, tactical rifles/shotguns/carbines, the gear they need, and training can all wait until our savings and supplies can cover the everyday disasters of 3-30 days and 3-6+ months.

If somebody already has “tactical” rifles/carbines, that “wait” includes the accessories and personnel rigs. Get, make, or fake a sling (which may mean attachment points & tools) and work the most-likely threats first.

Even in a Big Thing disaster, protecting livestock and popping rodents and crows is likely to occur far more often than militia service or guerrilla warfare. Most of us aren’t gearing up for a possible intruder, now or “after” – we grab sling gun or handgun (with light/bag) and roll, fast.

That’s where we need to focus our earliest capabilities – the most likely scenarios. 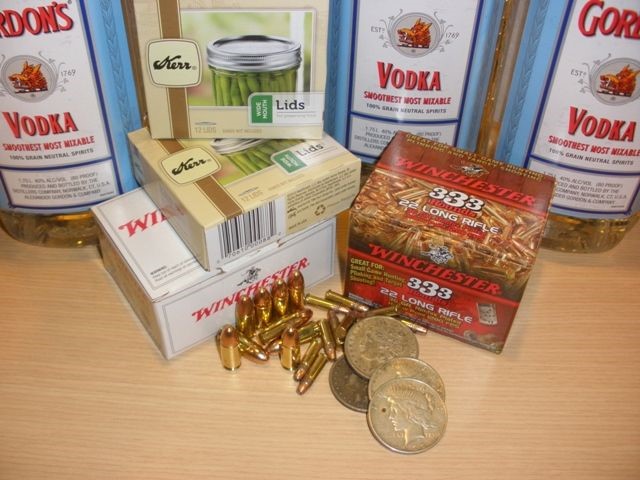 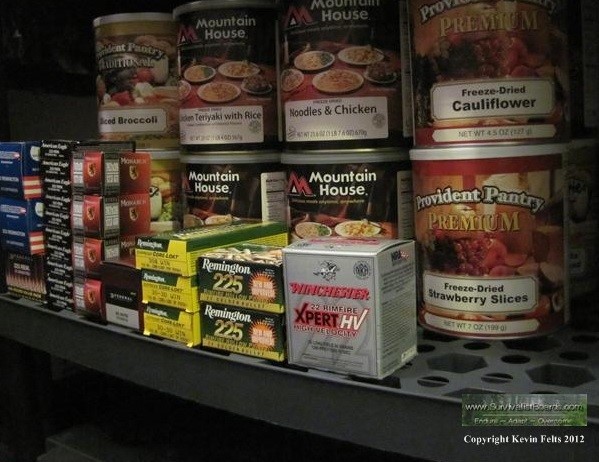 I’m dropping the running format here. It’s too simple. Don’t use space and money stockpiling things you’re not ever going to personally use. Get more of what you will.

Those things will have trade value in a disaster. Guaranteed.

Especially early on or with limited space/cash flow, make your storage exactly what you need. 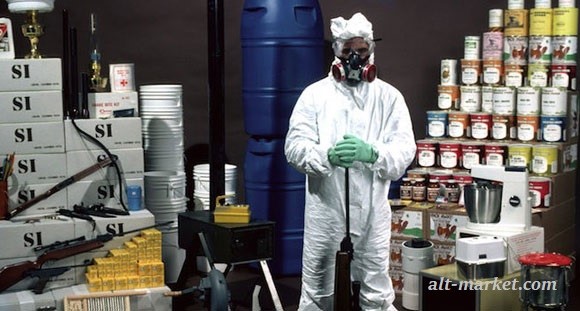 Sometimes developing skills does require specific supplies, and we are ready to take that step. There are also goodies we might grab ahead of time, because the materials are limited but the skills to use them are common, and items that can multi-task and-or grow with us.

However, we have to be on alert for the supplies do us no good without specific, preexisting skills and abilities, and prioritize based on:

– How soon and how often we’d conceivably need them (versus other options/priority items),

– How likely we are to attain those skills, and

– How long it will take us to gain them

It doesn’t hurt people who are already set up and who have the disposable income to go with “the world is never enough” without really weighing what’s most likely and most applicable. Mostly, our supplies should reflect where we are, and what we’re actively learning. 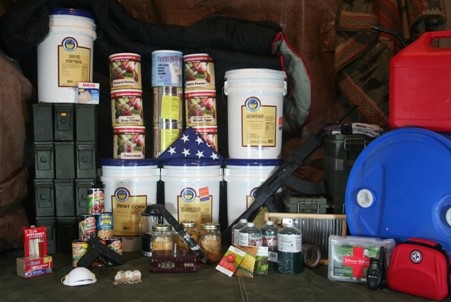 In this case, it’s a pretty simple fix. When we start feeling pressure to buy or learn something, we just ask a quick question.

“Do our current or very–next step skills match the [thing]I want?”

If the answer’s “no”, backtrack through the abilities and-or resources we would need to use them, and then how high a priority those skills and supplies have based on our current and feasible situations, and our most-likely disasters (regional natural disasters, fires, and income loss/reduction).

Those immediate-use and immediate-need skills and supplies are the areas we need to concentrate on.

Nice piece on practicality over dreams.

You allude to a developed plan for acquiring resources one should follow, but I do not see your “wheel of prepping” linked. I think it would be great to see that included in the article, as it offers a model with which one might develop their own plan of action for developing self sufficiency.

Half way through paragraph 1 I was thinking back on that wheel, and how I might find it on the site.

Here you go (it was waaaaayyyy back when I first got started writing for TPJ – http: // www. theprepperjournal. com/ 2016/06/21/ preparedness-wheel-check-for-readiness/
There are six spaces you’ll have to close after a manual copy-paste (whole links get hung up in comment moderation).

Glad you thought of it, and thought this one was good.
Pat has a good “arc” for assessment way back there, too.