Mother Nature Has A Way of Bringing Us Back to Center 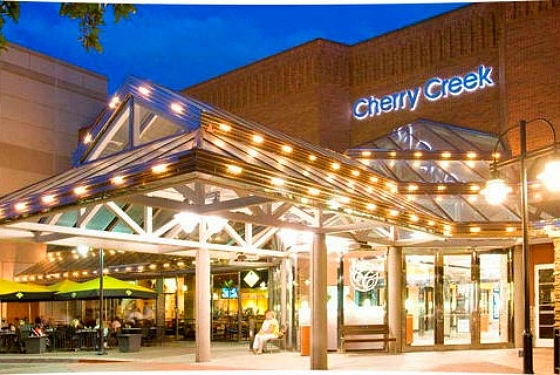 Have you ever been to Cherry Creek Mall in Denver? Great shopping, great restaurants all around, lovely even in a blizzard. I know because I almost got trapped there for 3 days, alone except maybe for that someone who was probably going to lock me in or throw me out in the blizzard, in dress shoes, thin slacks and a leather jacket (which quickly assumes the ambient air temperature.) This crossed my mind as I scurried, slipped and slid out of there to catch a taxi driven by one of the greatest cab drivers to ever make a fair fare. 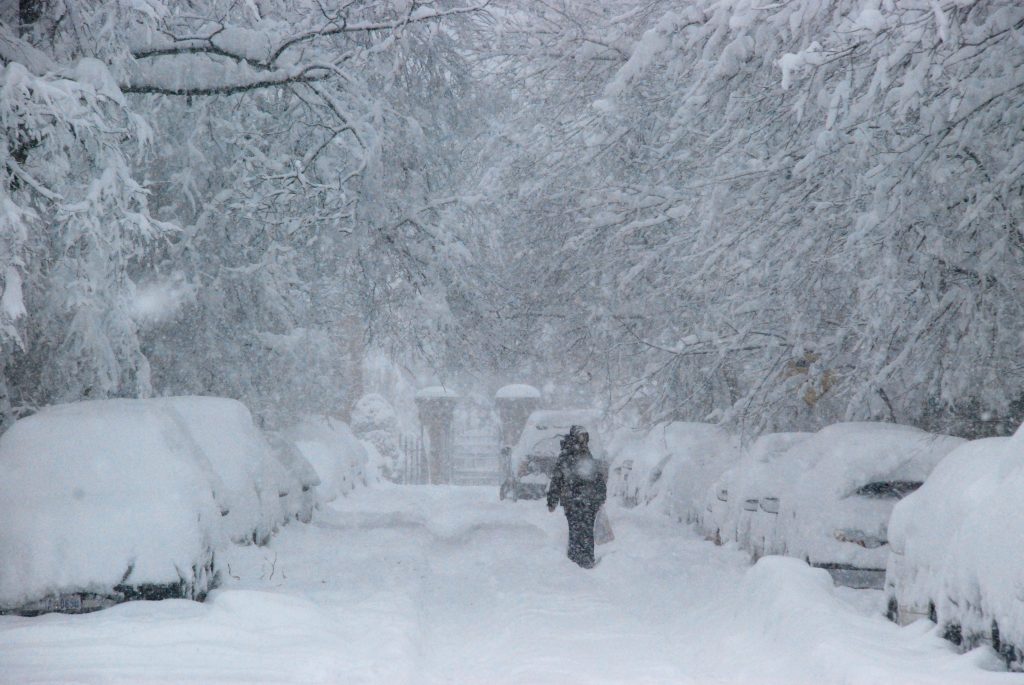 It was late October in 1997, a Friday night, and I was in town on business, with just the aforementioned leather jacket and business casual attire. I had a second office there in downtown Denver and was on a quick business trip from sunny Southern California.

I write this as there are actually a lot of great lessons from that weekend for Preppers. Not wearing leather and dress shoes in Denver after August 15th or before June 15th being one of them. I had been previously been a victim of a September 4th snow storm there and I could not have been less prepared for what was about to happen if I were a space cadet from Southern California, which I was.

It started snowing late Thursday night. But this was Denver, the Mile-High City, Gateway to the Rockies, the beacon along the Front Range. If they weren’t prepared for a little winter weather then who was? I wasn’t. Again, nothing but dress shoes, one pair, wool slacks – the dressy lightweight stuff from Nordstrom’s as opposed to some woolly chaps that looked like you had a sheep tied to each thigh. That short-waisted leather jacket, and some fancy gloves that looked great but would let the moisture soak through to your hands after making maybe two snowballs. 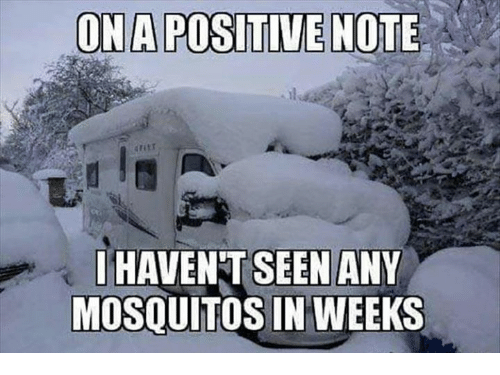 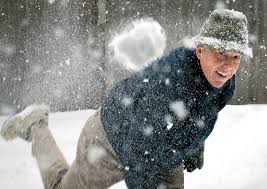 When it dawned upon me that I better take some action as the snow wasn’t stopping and it was getting dark and local people far smarter than I had already headed for cover I found that taxi driver and we did Mr. Toad’s Wild Ride back to the Embassy Suites downtown. After he left me I just watched as he slid sideways out of the drop off area and off, I hoped, to a warm home, a hot meal and a loving family as he had earned it for this stranger and the meager fare.

Obviously not yet a Prepper, but a world traveler who was just a few hundred miles from the warm sandy beaches of home, the fun began. 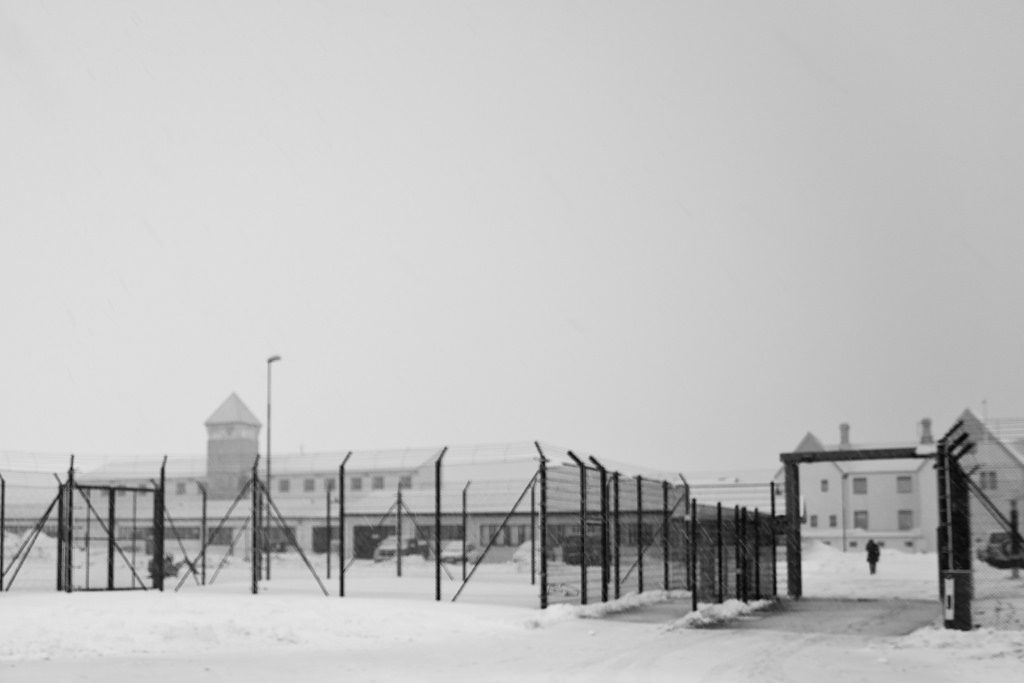 Back at the hotel it was basically lock-down. Power and heat were on, staff, as captures as the guests were doing well at wearing their smiles, though they did thin as time passed. Anyone who has worked in the service industry dealing with “guests” will understand immediately.

Out at the fairly new and “weather proof” Denver International Airport (DIA), the reality came home. 4,000 travelers stranded, flights cancelled, airport shut down. This was NOT because of the Airport, which was prepared for such weather, but for the Municipality of Denver, the Airlines Employee’s Union and Federico Fabian Pena, the former Clinton Secretary of Transportation and later Energy.

The Municipality of Denver could not keep the roads to and from the airport open, no new flight crews could come in and none who had finished their shifts could get out and Union Rules, valid safety rules for sure, grounded them all after 10 hours, no matter how they spent the time. Pena Blvd., the main road in and out, named after that Stallworth of Clinton politics was named such because it crossed land that was formerly owned by the Pena family, not that it was any consideration in the planning of the new airport location while he was the Democratic Minority Leader of the state’s legislature.

But the people of Denver were resourceful. The Bronco’s had to fly out for an away game so some bright people organized a snowmobile caravan. Gathered up all the players from their homes and got them across the snow covered foothills to their chartered flight which was the only airplane cleared and allowed to depart during the closure. Rest assured that lawyers among the waiting at the airport made note of the event and sought to profit from it. 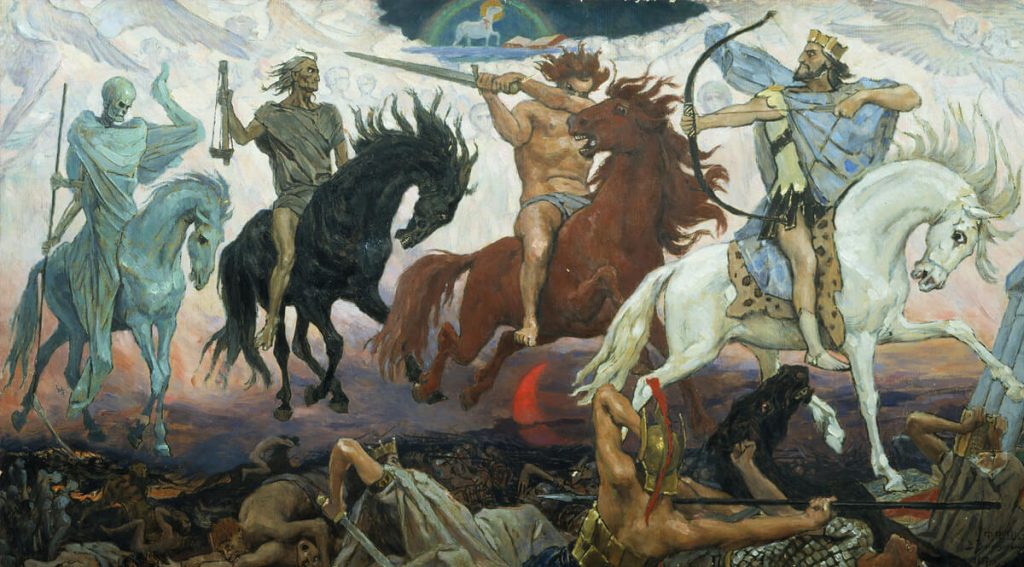 At the airport the First Horseman of the Apocalypse came in the form of food vendors running out of everything in the first 8 hours. This was a supply chain nightmare as it focused on minimizing shelf inventory to save energy costs. And no resupply cavalry was on the way. Plus, anyone with a child still on formula was suddenly thrown into rationing or going back to a more natural method of feeding, and this certainly had an impact on the yet-to-come Fourth Horseman.

The Second Horseman of the Apocalypse came in the form of there being significantly less than 4,000 chairs/seats in the terminals. Three days on concrete floors would even make Superman cranky.

The Third Horseman of the Apocalypse came in the form of supplies of things like soap, toilet paper and other cleaning supplies which were normally delivered every other day and lock down came at the end of the last delivery cycle AND being the modern example of business practices, they were very much into the “just in time” stocking of supplies to remain cost effective (less storage space needed, smaller deliveries requiring less labor to handle.)

But the one thing that people will remember the most is the arrival of the last and Fourth Horseman of the Apocalypse – the travelers with small children who ran out of disposable diapers in less than 8 hours of a 72-hour gathering from hell. This was something that NONE of the vendors at the airport carried and with Pena Blvd closed none could be brought in. The burning question of just how many diapers should the average parent carry when making a short flight with connections through a major hub prone to winter weather was finally answered – more than you could ever get through TSA. If one entrepreneur had loaded up his or her snowmobile with disposable diapers and followed the Bronco’s brigade in they could have made enough to buy season tickets, for life.

Meanwhile, back at the hotel the staff was putting in herculean effort to keep things running, the guests from killing each other and their facilities intact. We as preppers talk about the 72-hour rule and we were nowhere near 72 hours at this point yet. 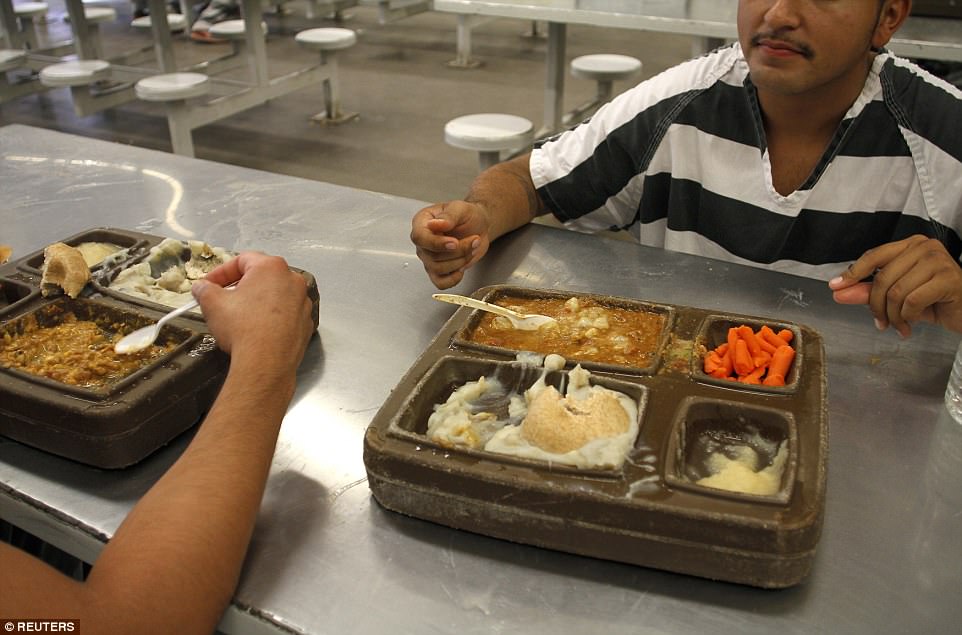 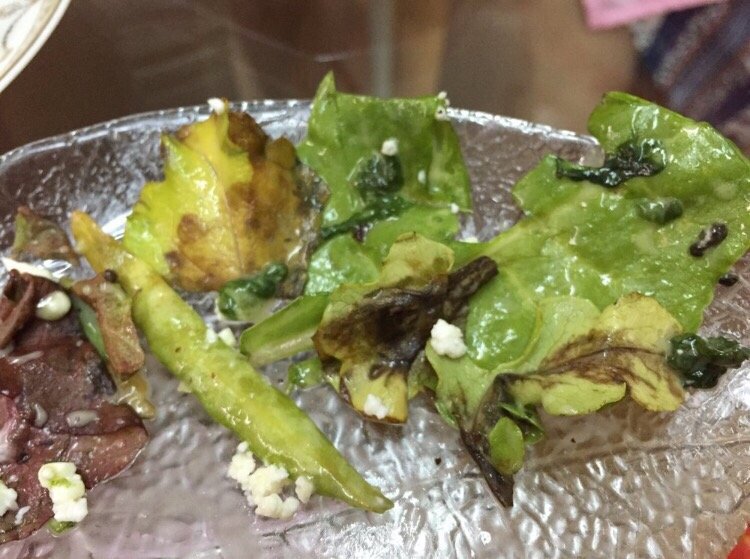 Knowing that they had finite food, no expected deliveries and a kitchen staff that was working non-stop they did amazing, though Sunday nights buffet looked more like the stuff children’s nightmares are made of as opposed to a meal. All veggies, some I suspect were formerly green, maybe, and I am sure some were formerly garnish under the salad bar bowls from the night before. To quote everyone who’s ever lived mother “there are children starving in (fill in the blank) who would kill for a meal like this!” That thought started to cross everyone’s mine. 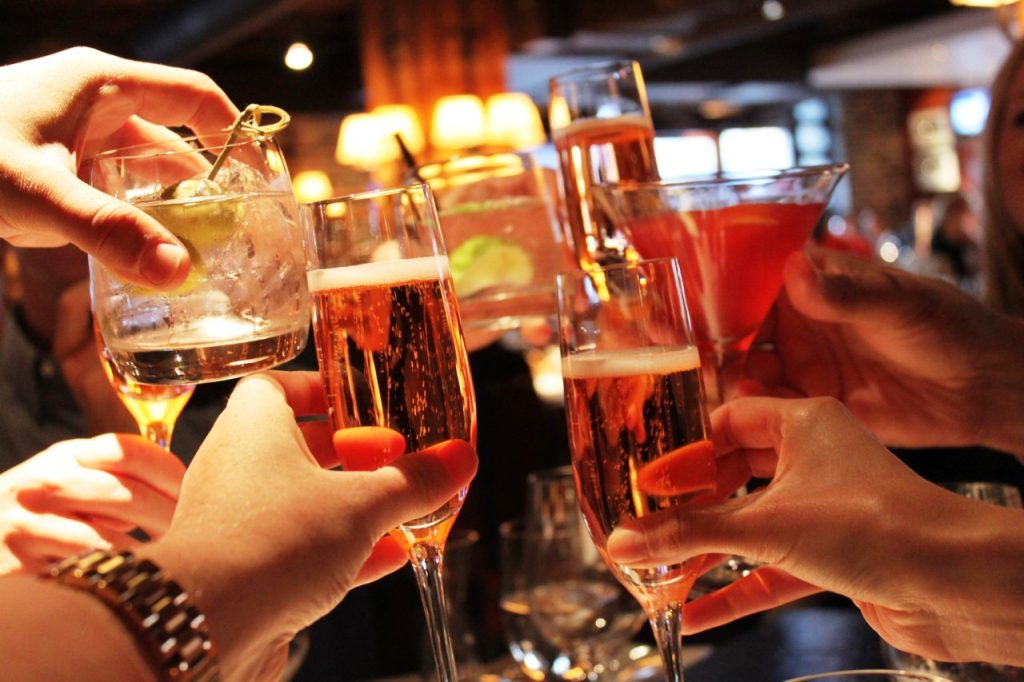 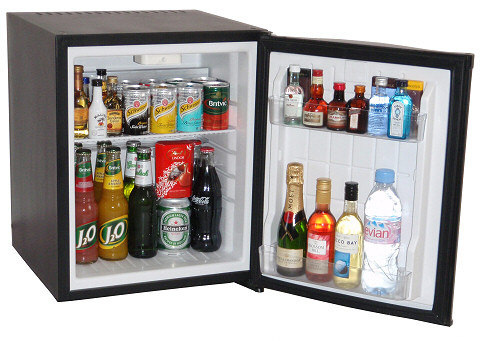 The saving angel? The bar and all the room mini-bars were well stocked and the hotel gave away what ever you needed from the mini-bar. I suspect this was to prevent a gathering of guests 10 deep at the lobby bar. Smart marketing on the hotel’s part.

So What Were My Take-Aways?

Be kind to cab drivers in Denver, be safe out there, stay situation aware and follow The Prepper Journal on Facebook!

Nothing like expensive Italian dress shoes in 3 feet of snow.

Buffett – all veggies the third night.

The National Weather Service describes the storm that hit Denver on October 24 and 25, 1997

Several major and interstate highways were closed as travel became impossible. Red Cross shelters were set up for hundreds of travelers who became stranded when they had to abandon their vehicles. Four people died in northeastern Colorado as a result of the blizzard. None of the deaths were in metro Denver.

At Denver International Airport…4 thousand travelers were stranded when the airport was forced to shut down. At least 120 cars were abandoned along Pena Blvd….the only arterial leading into and out of DIA. The blizzard cost air carriers at least 20 million dollars. Thousands of cattle died in the storm over northeastern Colorado…resulting in losses totaling 1.5 million dollars.

Some of the more impressive snowfall totals included: 51 inches at Coal Creek Canyon; 48 inches at Silver Spruce Ranch…near Ward; 42 inches at Intercanyon…in the foothills southwest of Denver; 37 inches at Sedalia; 35 inches at Aspen Springs and Conifer in the foothills west of Denver; 31 inches at Eldorado Springs… Southeast Aurora…and Englewood; and 30 inches on Table Mesa in Boulder. Snowfall totaled 21.9 inches at the site of the former Stapleton International Airport…setting a new 24-hour snowfall record of 19.1 inches for the month. Snowfall totaled only 14 inches at Denver International Airport where north winds gusted to 39 mph on the 24th.

Excellent article, and several things to think about. The wife and I have, in fact, already started talking about your take-aways.

As a side note – I think that this type of article (sometimes called TANS, for That Ain’t No Sh**) is much more valuable than the run-of-the-mill “10 things to do to survive a blizzard” posts on so many sites. Again, well done.