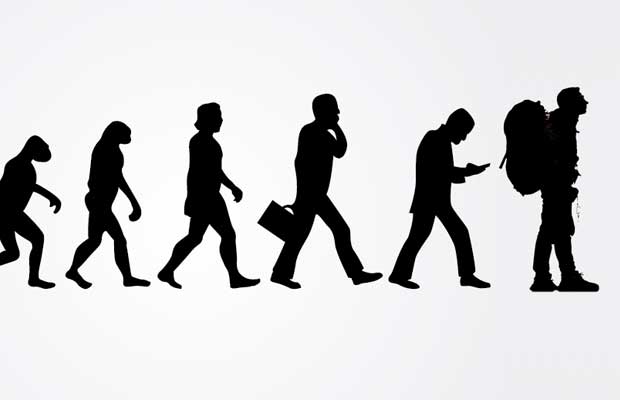 I can’t pinpoint the exact moment when I thought of myself as a ‘prepper’. Actually, I had never even heard the word until a couple of years ago, when I overheard folks at work laughing over the nutty people on a television show called Doomsday Preppers. I don’t have cable, it doesn’t go down my road even if I did want it, but I was intrigued by what I heard. I thought about my lifestyle in relation to these nuts on t.v. who were ready for disasters and wondered if I was a ‘nut’, too!

Certainly, I am, and always have been, self-sufficient. For me, the transformation from a farm girl who always had livestock and a large garden into a ‘prepper’ has been a gradual prepper evolution, as the events of the world conspired to change my priorities. Growing up on a farm in upstate New York, I was always labeled a ‘tomboy’ and ‘horse-crazy’.

My parents had me late in their lives. They had lived through the Depression, and although we weren’t poor by any means, our values were such that my mother still planted a very large garden, putting up hundreds of jars of vegetables. We had fruit trees, a truly enviable asparagus bed that was over one hundred feet long, rhubarb, grapes, and wild berries to pick.

Freezing corn was a family affair, with some folks driving the pickup out to the field to pick bushels of corn and husk it, while women blanched the corn in the steam-filled kitchen, and then brought out platters of Seneca Chief or Butter and Sugar for the rest of us to cut the kernels off of under the shady maples that towered over the patio.

At the end of the day, everyone took home enough corn to last the winter. I grew up not only eating well, but thinking that ‘putting food by’ for the winter was absolutely normal. (Not that I didn’t complain about freezing corn when I’d rather be riding my horse!) One of the first things my mother brought me when I bought my land were some rhubarb plants from our farm. And I did the same for my kids. Talk about heirlooms!

One turning point in my prepper evolution was September 11, 2001. Born at the end of the baby-boom era, I’d always felt safe in America. Wars happened in other places, not on our soil. Then, the terrorist threats became all too vivid. I sat in front of the television and cried over the horrible images being broadcast that sunny morning. Later in the day, thousands of stranded workers trudged home instead of using buses, taxis, or the subway. Now, I wonder if that was where the idea for bug out bags came from.

After 9-11, I felt the sudden urge to grow even more of my own food, not trusting anyone but me to take care of, well, me! The next spring, my garden, already 40′ x 60′, enlarged to 100′ x 70′, and now includes six blueberry bushes, something I used to go to the U-pick farm to get. I planted a small orchard of apple, peach, and plum trees. Black raspberries are encouraged anywhere they pop up, although sometimes I do have to relocate them along the pasture fences when they threaten to take over the yard. Getting black raspberries out of the freezer in January? Heaven!

I saved up and bought a 7,500-watt Generator, purchased in the nick of time, three days before Hurricane Sandy hit. Up here, four hours northwest of New York City, we missed the main force of the storm, but the peace of mind I felt, knowing that I could have power for the freezer, refrigerator, and to run the well pump was terrific.

One day, I stumbled upon Ready Nutrition’s site, and realized that I could do a lot more to prepare. I was delighted to discover that not only was there such a thing as a bug-out location, but that I already lived in mine! I was ahead of the game in many ways, such as having my own land, and knowing about animals, gardening, and food preservation. But, I’d never heard of a EMP. I also had no idea how to prepare for a nuclear attack, other than remembering those silly drills in elementary school, where you ducked under your desk in case the Russians bombed us. Looking back, those drills were ridiculously feeble. Our school had a basement for heaven’s sake!

I ordered The Prepper’s Blueprint and was extremely impressed by all the various things that I could work on to improve myself and my property. I made lists but became overwhelmed by the sheer amount of fantastic advice. There was so much information, I hardly knew where to start in terms of what was the most important thing to prep for. Nuclear attack? Weather disasters? Economic collapse?

To help my brain digest all the things I needed to do, I had to choose what was the most important thing to me that I could start on immediately.

I prioritized by concentrating on enlarging the amount of food in my pantry above all else. Although there are many necessary items that overlap in preparing for various disasters, no matter what disaster hits us first, food is a necessity. I calculated caloric requirements, including one daughter who lives nearby, and her two elementary age children in the tally. The wisdom of having a well-planned pantry cannot be over stated.

Last year, I found myself depending on worker’s compensation for half the winter. The checks came right on time, until one day in March. Through no fault of my own, worker’s compensation had cut me off because my doctor hadn’t sent in a form (I had no way of knowing what my doctor didn’t do, so I could not prevent this from happening! Meanwhile, the good doctor didn’t suffer for his mistake one iota). It was very cold, and I needed more coal for the coal stove, money for the electric bill, etc. Thanks to my pantry, the ‘grocery’ bill could be kept at the bare minimum. I only bought milk, dog food, and horse feed, which allowed me to pay the other bills and still afford coal.

I also wanted to focus on having enough water, not just for me, but for my animals. I already had a generator to provide electricity. But suppose the generator doesn’t work? Someday, I will have a pond, but in the meantime, I put rain gutters on the hay shed roof, and I have four barrels to collect rain water. Of course, the barrels will freeze in winter, so I am also planning on putting in a 1,000-gallon, in-ground holding tank next to the well, with a hand pump on top.

For heat, I have a coal stove, a wood stove, two kerosene heaters, a salamander, and a heating element that will go on top of a propane tank. My pressure tank for the well is in the tack room, and I keep that from freezing in winter by having built an insulated box around it with a light bulb. Now, I have insulated my entire tack room, so if there is a chance of a winter storm making the power go out, I can heat the tack room with a kerosene heater and pull the generator in so if I have to use it, it will be warm enough to start. It is a big Generac, and I am very happy with it, but on my list of things to buy is also a smaller Honda generator, which will run quieter. Two is one, one is none!

My most ambitious project, begun last fall, is a safe room, which I am building inside my hayloft. New York isn’t exactly known for tornadoes, but they do occur. They don’t go far, because of the hills, but there have been two small ones in the past ten years or so. Therefore, in case of nuclear fallout, or a tornado, I will be safer in the barn than in my mobile home, and I won’t have to go outside to take care of my horses and chickens. This payday, I invested in potassium iodide tablets, ten Mylar blankets (also useful in the greenhouse), and 3-ml. thick plastic, with several rolls of tape for sealing windows and doors. I already have black plastic, and shutters inside the tack room windows for black-out conditions if necessary.

Other future endeavors include getting a few dairy goats. The article posted here a while ago about having goats for milk instead of having cows was absolutely correct! I’m used to large animals, and I’ve milked cows. But dairy cows give a huge amount of milk, you’d need many people drinking it, making cheese, yogurt, etc., or you’d be dumping it somewhere. Goats are the way to go to provide dairy products for a few people. I’d like to have some bee hives as well and get a harness and horse-drawn equipment for plowing the garden and doing hay by hand if necessary.

I have a shotgun and a hunting license, but would really like to have a compound bow as well.

The bottom line is, I guess I have always had a bit of a prepper attitude, even before I knew what a prepper was. It’s a good feeling to know that if life throws me a curveball, I’m ready to handle it. I have confidence in my skills, and knowing that I have food, shelter, water, and skills to see me and my family through tough times is the best medicine for the stress we face in today’s world.

Editor’s Note: This post is another entry in the Prepper Writing Contest from Quarter Horse Girl.

I’ve always enjoyed reading your blog posts and been passing them to my group of friends on FB who are also becoming preppers like I am, thanks for all your wonderful posts!

Best article I have read on here for months, very inspiring.

What a blessing to have the self-sufficient mind-set instilled as a youngster. Being a lifestyle, it converts prepping into sustainable activity.

Thank you for sharing your story. Mine is similar…or maybe I should say we have points in common. I shared our plans for our new property on another popular prepper site: The Organic Prepper. Very promptly several commenters took me to task for that, siting OPSec…or operational security. While they had a valid point they sure sucked at conveying it. I took immediate measures and continue to do so and would encourage you to do the same. It is nice to hear of normal folk like yourself, reach out to others and share their life ecperiences, regardless of whatever numnut… Read more »