Editor’s Note: This post is another entry in the Prepper Writing Contest from Barry M. If you have information for Preppers that you would like to share and possibly win a $300 Amazon Gift Card to purchase your own prepping supplies, enter today.

To approach any scenario in life, the 5 wise men give clarity, direction and purpose to the question at hand. The concept of the 5 Wise Men of Prepping stands for What-Who-When-Why-Where. We should be concerned with the logistics of it all.

What survival event are we faced with? A flood ? Fire, Storm, Tornado, EMP, War, Riot, Weather Cataclysm, Starvation, Incarceration, Plague, Terror attack? The list is long and the point is that your preparation can not cover entirely the spectrum as a whole. Your mason jars might not help you in a tornado and your bandanna might not help you in a fire. Where it happens finds you with what you have on hand at the moment and you might want to drop the bug out bag as you run for your life from an angry crowd. The rope you thoughtfully have In the trunk of your car is useless when you are on the 3rd floor during a devastating earthquake. A well prepared retreat with plenty of survival stocks and protection wont help you much when a large group of starving, angry people show up. There are too many scenarios and contingencies to cover it all.

The best way to be prepared is by studying the probabilities of an event and have prior knowledge through extensive reading and practicing if possible. By probabilities we are looking at the real numbers, for example the number one animal killer of man is the mosquito (last time I read it was around 15 million dead yearly) so as you lie dying from a plasmodium related insect bite in your monster truck loaded with gear and the perfect caliber weapon you had the wrong tools in the wrong place and time.

If you live near a flood area, you have to know flood lore. When I moved to Arizona once I was worried with good reason about rattlesnakes, scorpions, recluse spiders and javalinas…turns out the number one killer was water ….water? There’s no water here! Turns out flash floods are another killer here. Knowledge is power. Cicero said ”he who does not read forever remains a child” and children don’t fare well in survival scenarios. Granted there is no substitute for experience but knowing and retaining memory helps a lot. We all can’t be McGuiver, but an example would be skills that POW’s had in WW2. 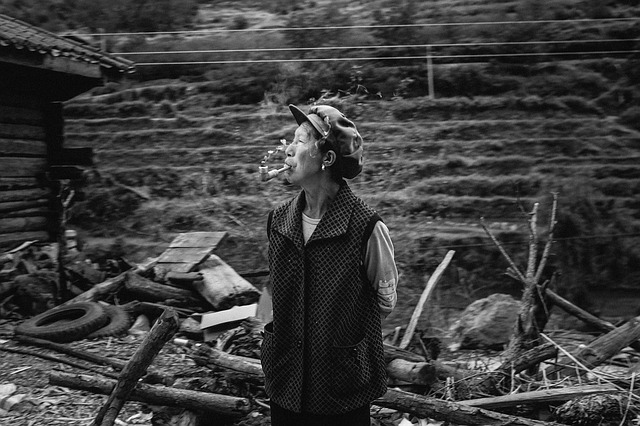 POW’s made radios and liquor in jail. I felt stupid as a child watching movies like the Great Escape, not because I was a child but because I knew no adults who could make a radio out of garbage. As it was in the 1920’s, millions of radio kits were sold to children to put together. A wire, toilet paper tube, a crystal, a power source, a speaker. ( I made one in grade school) so they weren’t as smart as I thought they were. They had skills. The speaker was an eggshell, the crystal was sulfur from matches and scraped zinc or magnesium from a tube. liquor because they were familiar with stills from the prohibition. I have read countless survival stories of all types for the last 50 years in 2 languages.

In reading the modern prepper I have come to the conclusion that the majority of the writers are intelligent but lacking experience, even the ones who are woodsmen because you have to be rounded out as much as possible. Real smart to be prepared with the survival truck and the Barrett 50.cal–not having thought of the radius you will get (200 miles?) if you can get thru traffic and if you do, you will be surprised to be surrounded with all the others who also ran out of gas. See how far you can carry any weapons never mind the 50 cal.

Your survival course might go wasted when you find yourself in any form of detention, this has happened to millions in Russia, china, japan, Germany, Cambodia etc. don’t think it will happen to you? That’s what they thought also. Most downed pilots in wars found the survival weapon they had caused more problems than it solved. The Andes plane crash survivors could have been spared their nightmare had they known the battery was in the tail a short distance behind them. sunk sailors might have survived had they known a certain technique.

I was raised a bit in Latin America and will make a fool of most of you if you think you know this habitat. I really only need a machete and by the way don’t grab the bamboo stalk at the bottom, trust me. I know how to catch fish with a shirt. do you? I have been told where this old man in the snow saved everybody from a blizzard making a house of weeds in less than 10 min.!

Suppose you visit friends who have a boat and after lunch decide to “take her out” a bit and in less time it takes you to say Gilligan’s island it cracks in half. This happened to a friend of mine in the Caribbean because they had nothing on them in the water they missed various opportunities to signal passing boats and spent a harrowing time for 3 days floating amongst sharks. He was shaky for a very long time.

Where and how you find yourself in a survival scenario is the key. If you have been living in lets say NYC for most of your life your necessary skills are going to be quite different from living in the country in Georgia. If you ran a computer model of the most probable events and studied what others have experienced in the past you will be better prepared. Imagine a cowboy in east Texas in the year 1845. How many things did he need to survive and how? Or a homestead in Sulawesi 500 years ago. Maybe the modern prepper speaks from a perspective of what he will miss more than what he needs? If it’s about a society collapse then you better start studying as much as you can about medicine and techniques. Few address whether you’ll need to be on the move continuously or forced to lay low with variables.

The 5 wise men of prepping will guide you. Run thru them before hand in new scenarios. An SAS man once asked me various times if I was in any special forces, which I wasn’t. he had seen me scope out the building before we entered, it was on precarious concrete stilts in an earthquake prone area. I once almost had to jump off before in a different area and in deliberating almost got killed. if you don’t live in lala land these things in your mind are not thought of consciously just normally without much thought, its like living in a dangerous area you are on alert to your surroundings. Right now study a scenario in your area (Who, What, When, Why, How) and look for solutions and forget about where you will be next week unless you have a bug out bag hidden there. carry always a basic pockets kit that is realistic.

I learned a lot about survival in the military and law enforcement but probably learned more of the basics in the Boy Scouts. I continue to learn almost daily merely by surfing youtube.