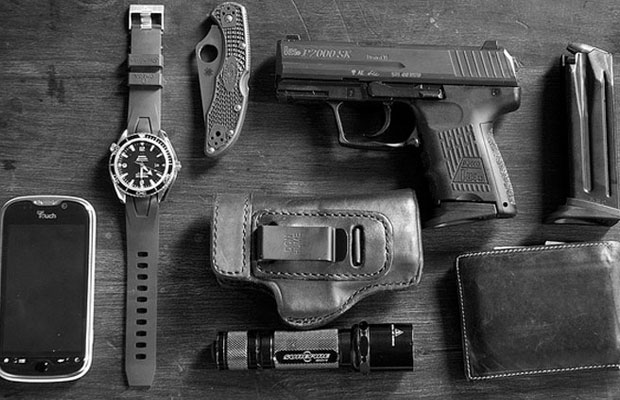 What is EDC? Well in case you mistakenly go out to Google “EDC ideas” for some inspiration; EDC does not in Prepper lingo stand for Electric Daisy Carnival. What is this world coming to?

No, my friends. EDC is one the top 10 great Prepper Acronyms and it stands for Every Day Carry. If you don’t already know, we Preppers LOVE acronyms. EDC is essentially the items you carry with you at all times, or as often to all times as possible. It’s the quintessential Prepper gear that you have handy without any backpack or BOB (another of my favorites which we will be discussing later) Bug Out Bag .

One of the misconceptions about EDC gear is that it needs to be a large set or capable of doing more than most people would need in any normal scenario. Now, I know that when we are talking about SHTF (The S**T hitting the fan) we aren’t necessarily thinking about normal everyday occurrences. We want to be prepared for something, anything out of the norm, right?

I bring this up because your EDC is less about the actual gear you are carrying around and more about how diligent you are with carrying it in the first place. The best gear in the world does you absolutely zero good if it is at home on your nightstand, packed away in your backpack or worse, stored in the attic somewhere. For you to realize any value from your EDC gear you have to Carry it Every Day. Get the point? OK, moving on.

Why should this matter to you? EDC gear consists of simple items that individually or combined can make a world of difference if you are ever faced with a situation that the average bear isn’t ready for, but as with everything, your own personal situations vary from a lot of other people. If your job is in an office somewhere you probably won’t need to take an axe, lifeboat and bear spray to work with you. I am sure someone out there can prove me wrong, but until then let’s go with the assumption that most people during their day-to-day activities are near civilization either working or commuting near their town. That is the scenario we will go with.

What should your EDC be made up of? Great question and again this varies. Let me first talk to the average Joe out there and split the normal EDC into Good, Better and Best with Good being what you should have on you really at all times no exceptions. You don’t win any prizes for simply having a Good EDC, you just don’t have to hang your head in shame. 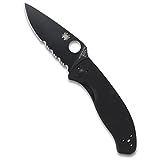 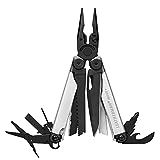 Women – What about women? I think every woman should carry all of the same items. You have an advantage in that you normally carry a purse and frequently take this with you wherever you go. You may adjust things like the knife if that folder is too big. How about a nice key chain Leatherman like the Squirt? Even that is better than nothing. Everything else should be fine. 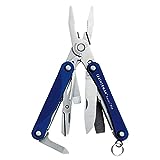 LEATHERMAN, Squirt
The Squirt PS4 is equipped with 9 tools, including a knife, pliers, screwdrivers, wire cutters, scissors, a bottle opener, and a file.
$59.37
Buy on Amazon

I think you will agree that this is a good start. Is it the most comprehensive list ever assembled and will it cover every conceivable option? No, but again, we are taking baby steps here. If you have nothing more than these items above you will have a vastly better chance of making it through anything that life throws at you than your friends who don’t have anything. I look forward to your comments on what you carry.

Add to these a pair of latex gloves. You never know when you may have to handle someone bloody or have contact with potentially bio-hazardous material. They can also double as an emergency water canteen and a cut-off finger could protect your rifle muzzle from rain or mud. You might be able to fashion a sling shot using on as an elastic.

Thanks for the suggestion Bob! I know I have plenty of latex gloves in my supplies inside the house, my medical kits and my Get Home Bag, but don’t carry them every day. I guess since my Get Home Bag is in my car, I can count that as my extended EDC 🙂

I really like the simple holster you have pictured. Who makes it? Also, where do you carry your spare mag?

If a flashlight is a bit geeky to carry for some, those little keychain LED lights are great and slip right on with your keys. It’s no 100lumen tactical light, but better than trying to see using a cell phone screen! Also, better to make sure the handkerchief is full size, like a bandana, and not a small one. Just as easy to carry and much more versatile!

Nice article! And yes, I found this by googling for “EDC ideas”…wow at some of the results.

I warned you!!! That really surprised me too, guess that makes me old.

Thanks for the comments. I had one of those key chain lights you are talking about. I think it was a streamlight and it seemed like a great idea to me too. The only problem was that it kept turning on in my pocket so I would take it out and it would be shining. It isn’t the easiest to handle while you are trying to get keys out either, but it is better than nothing.

Yeah, that is much better than what I had. Probably a lot brighter too.

on top of everything mentioned here, I also carry energy bars. they get consumed within the week so they are continually replaced 🙂

Great ideas, thanks! It helps to be a snacker and you usually have food with you all of the time. 🙂

I would definitely add a lighter to your edc, simple mini bic wont take up much space. And a folded bandanna or handkerchief can fit in your empty back pocket, it has a million uses, dust mask, emergency bandage, and a filter to name a few.

So, that pocket on the left side is really there for a reason? Wow, who would have thought. Personally, I don’t mind all the teenagers staring at their phones, doesn’t bother me that they are quiet. Besides that, most of what most of them have to say isn’t worth listing to anyway, even if you can understand what they are saying, which is usually ” I need a new… I want a new… I need more money… etc, etc, etc.

additional items for my EDC: P-38 can opener, (an extra) keychain flashlight, dust mask, more cash, bandages, zip lock bag of pills – (for me pain, antacid, no-doze), duct tape around bic lighter, glasses, my Leatherman wave pouch also carries a mini sharpie, a mini pen, and a AAA flashlight. I have to use a fanny pack to carry everything but that also includes a Glock 27.

Thank you very much David! I’m glad you found us even though the circumstances sound mysterious… 🙂 I had the same issue with my boots when I was hunting. The laces broke and I figured that good old paracord would do the trick until I could get back home and buy more laces. The paracord was so superior as you said and I don’t know why I didn’t do that from the start. I replaced the other boot with the same thing and they have lasted so much longer than regular laces. Even though I don’t wear my boots everyday… Read more »

So I am not sure exactly how I started getting theprepperjournal.com emails in my inbox but I have been reading them for months now and I generally love what you have to say. When the EDC article came out a few months ago I was pleased that i already carried most of the things you mentioned just because it made so much sense. And then I added to my EDC some of your suggestions – because they too just make SO MUCH SENSE. For what it is worth, one of my boot laces broke a while back and I didn’t… Read more »

Glad to see the hankie make it onto the list! Another use for the hankie is in communication as in “if you see me use the red hankie to wipe my forehead the meet’s going bad”

Great idea Andrew. I wiped mine out last night to (jokingly) protect my face from a relative’s recently passed flu. There are millions of uses not to mention the original intent. My daughter blew about a fist sized blob of snot into it after a sneezing fit one dad. It was my hanky or else she was going to be wiping snot off with a plastic cup.

I also have a GHB which has some food, water, tub tent, properfirst aid kit and a bunch of other stuff.

Sounds like a good kit Lewis. Thanks for commenting.