Changing How You Think of Resistance to Tyranny

I think it is fair to say that one aspect of some prepper’s motivational drive to do what we do stems from a desire to resist tyranny. Perhaps I am only seeing what I want to see based on my own personal outlook on life, but I have a lot of anecdotal evidence that backs me up. When a person starts to sense within themselves a growing desire to be more self-sufficient, they routinely experience the side effect of not wanting to be told what to do or how to live their life.

Preppers by very definition are taking steps now to take care of themselves should something unforeseen happen in their lives and the usual safeguards of society aren’t available. We proactively take charge of our lives and pull back segments of responsibility away from others while we have the time, resources and relative calm that we may not be able to muster while chaos is swirling outside our doors. During a disaster making sure you can provide for yourself makes sense as you never know when or if help will come to your aid. Absent a disaster though, this rugged individualism for some of us spills outside the lines of food, water, security and shelter and flows into the rest of our lives. The willingness to be your own boss and determine your own future in large part isn’t constrained only to some violent calamity. We aren’t dependent on people in various positions of authority telling us what to do until there is a disaster and then we completely change. We see problems or potential problems with the way things are now and take steps to change that situation in our lives.

The preparedness mindset in my experience usually rebels in some form when we aren’t able to act in ways that we choose due to our personal beliefs or convictions. This rebelliousness manifests itself in many ways. Whenever we are taxed highly, whenever we aren’t able to conduct commerce with another person without penalties or heavy regulations or when our health choices contradict with people who have zero vested interests in our lives, there is a growing sense of frustration. When our Constitution is not followed, when policy is created outside of law, when freedoms are taken away and alternative moral issues are forced upon us, the frustration can grow into outright anger. When you have too much anger without any hope of redress of grievances, that usually leads to protests. Protests that are exacerbated with heavy-handed law enforcement tactics can turn into riots. Riots that are the result of dire social circumstances, economic worries and violence can evolve into revolution.

You say you want a Revolution

We as people are a good way away from anything remotely resembling true Revolution, at least here in the United States. Other countries are much further down this slope than we are although that doesn’t mean the right set of circumstances couldn’t light the same fire in the 320 million people within our borders someday. The internet is full of very troubling news on so many fronts that many people take to their favorite social media outlet, forum, talk radio show or even prepping blogs to voice their anger. I don’t have to list all of the reasons why you could be frustrated because you know them already.

Many people seem willing to start a fight right now. They are mad as hell and they aren’t going to take it anymore. Some want to march on Washington. Others want a certain political candidate to get elected and still others think boycotts of major companies or products will bend the world to their will. A small contingent believes that the only way to fix things is to go to war. The only way to get our country back on track they say is to arm themselves and rise up a Revolution that will finally overthrow the oppressors.

I have written many articles dealing with this subject from different (I hope) perspectives. I still contend that national elections no longer matter because our national problems are too deep. The corruption of our system is too invasive to be changed by one man or woman and the wealthy interests with their own agendas are really controlling things in our country. I also don’t believe armed revolution is smart. Unfortunately, I can see how it may be inevitable at some point in the future, but I do not want to hasten that day. So what can you do to make a difference?

Resist the tyranny you still have control over

There are many facets of your life that while you can’t change everything, you can make small meaningful changes that put you back in control. Some of these changes are simple while others are more involved, but each is its own form of resistance to what you are being told is good and right.

Resist the food they want you to eat – You can make healthier choices with your food. It is not as easy as pulling through the drive through at McDonalds but what you put into your body has tremendous impacts on your health. Grow your own vegetables in a garden on your property. They will taste better than anything you can buy in a grocery store. Raise your own chickens for eggs, raise rabbits for meat. This will not only give you healthier hormone free protein but provide a backup source of food if the grid goes down.

Resist the news they want you to hear – If you are still listening to the “mainstream media” you are only getting part of the story and it is the part they want you to know. There are a thousand websites out there offering different opinions on virtually every issue. Don’t simply turn on the TV and believe what the talking heads are saying, research a topic. Consult other sources and listen to other voices of opinion and fact for a more diverse and well-balanced understanding of what is going on in the world. Sometimes, other countries have more information about news in American than the big networks have.

Every alternative explanation for an event isn’t a conspiracy theory and even if it is, there is nothing crazy about an alternate theory of someone planning to keep something secret. It happens every day.

If you think you are too small to make a difference, you haven’t spent the night with a mosquito. – African proverb

Resist the erosion of your privacy – This might be the hardest thing you can do unless you really unplug and move to that cabin in the woods, but you can take steps. For one thing, don’t put the details of your personal life on social media. Companies like Facebook mine all of your data constantly. The NSA does as well, but you can choose what you share. Don’t offer information to people who don’t need it. Ask what is being done with your personal information. Don’t sign up on websites that need to know every last detail about you. Do you really think it is important to put where you live, your birth-date and who you are married to?

Resist the monopoly of the electric companies – Solar power isn’t cheap, but you can start small and grow your system over time. A small 400W solar panel starter kit that charges batteries, can give you backup power for emergencies and power some of your home appliances full-time.

Resist the chemicals and poisons in the water you drink – Fluoride in the water is a divisive issue. Many people think it is good for you even though the EPA just recently reduced the amount of recommended fluoride in water. If it’s so good, why wouldn’t they increase the amount? Even if you like fluoride there are other chemicals from prescription medicine to glyphosates that appear in the same water you drink. You can purchase home water filtration systems that will greatly cut down the toxins your family is consuming.

Resist the poisons they want to put in your body – Our nation is on too many drugs. If it isn’t a prescription for one thing, it is a pill for another. Can’t sleep, take a pill. Have gas? Take a pill. Suffering from mood swings, high blood pressure, itchy teeth or swollen ankles? Take a pill.

In my completely unprofessional opinion, I would argue that almost all of the prescriptions people are on are unnecessary and could be avoided with better diet and exercise. How long do you really think you need to be on an anti-depressant? If you are still depressed, maybe that pill isn’t helping? Don’t take my word for it, but if the grid goes down and you are no longer able to get your pills, what will you do?

Resist the national push to assume debt – You don’t need that 72 inch big screen TV. Yes, they are pretty cool I will admit and if you can pay cash for it, go right ahead. You know what has always struck me as hilarious? It is when I drive past the poorer part of town, past housing complexes and every single building has satellite dishes plastered all over the side. Poor enough to need assistance, but not too poor to afford satellite TV. It’s all priorities. If you really want to be free, then you need to free yourself from debt.

Resist Government Tyranny – What can you do to resist tyranny without open rebellion or revolution? You can stand up for what you believe. You can put your money where your values are and support causes that are under fire from government. If you want to change laws, you have to start locally because nationally it is a lost cause for now in my opinion. Run for office in your town, attend town meetings, vote for referendums. Join civic counsels and let your voice be heard.

These are just a few ideas I have, but your own creativity will show you other ways that you can make a stand without joining a riot. Resistance to tyranny doesn’t always have to come at the barrel of a gun. That day may come in time, but for now we have ways of asserting control within our lives still. While we can, make a difference in your life and the lives of your family in ways you still have some say left. There will be plenty of time for revolution later. 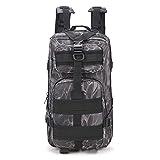 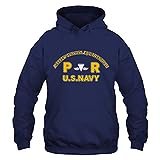 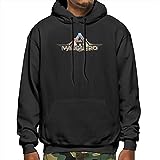 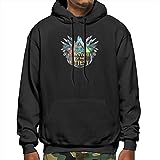