When Did Conspiracy Theory Become A Bad Word? 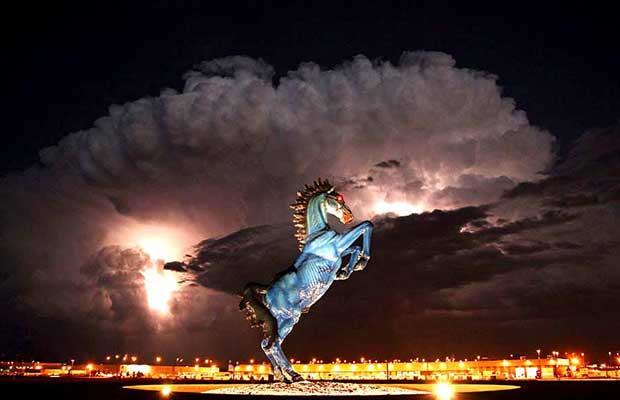 What do you think about conspiracy theory? When you read that question I imagine that you had one of two distinct reactions. One reaction could have been positive as in ‘Sure I believe in conspiracies or some of them anyway’. The opposite reaction and judging from a lot of news outlets would be negative or something along the lines of ‘only lunatics believe in conspiracy theories’.

For years I have wondered why conspiracies were something that “smart” people simply couldn’t believe at best. At worst, some reacted almost violently to the suggestion that anything secret could have happened. Furthermore, anyone who was dumb enough to believe in conspiracies was mocked, laughed at, and generally discounted. An opinion or belief that ran counter to what the enlightened believed, was the height of stupidity.

Where did this come from and when did it become “stupid” to investigate? When did we all decide it was crazy to question the official story when the facts didn’t make sense? In order to find out what the problem with conspiracy theories is, I decided to look up the definition of conspiracy just to set a level playing field. The definition below is from dictionary.com

That seems pretty straight forward right? A conspiracy is simply a secret plan to do something illegal or bad. If we can agree on that, I want to also look up the definition of conspiracy theory because it is very different at least according to dictionary.com.

So the not so subtle difference here between conspiracy and conspiracy theory should only be the theory part, correct? The word conspiracy should stay the same and that is an act committed in secrecy and usually that secretive act is illegal or evil. There aren’t too many secretive acts of loving kindness that we get all upset about.

To me, you add theory in there and that should only clarify that there is a belief or hypothetical scenario that someone conspired to keep something illegal a secret. According to dictionary.com however, the addition of theory seems to discount there was ever a conspiracy in the first place and starts moving to “political events”, “economic and social trends” and my personal favorite “secret plots”. The implication to me is that none of these things can be influenced in secret by bad people to do bad things.

Why is an idea that people dispute called a Conspiracy Theory?

My wife and I play this game from time to time about conspiracies. She is definitely the more level headed of the two of us. She does her research and likes to see both sides of a story usually. I on the other hand go with my gut almost every time. I am willing to be proven wrong though and I don’t think I am blind to overwhelming evidence to the contrary of my current opinion. With conspiracies or what we commonly refer to as conspiracies now, there doesn’t always seem to be much evidence to point to.

Any belief to the contrary is countered mainly with logic arguments. “It just doesn’t make any sense that they would try to blow up a plane”. The one my wife likes to throw out frequently is that it would be impossible for the government to do anything in secret. Actually, it goes further than that. She believes that almost nothing is able to be kept secret for very long if at all and if anything secretive or illegal would have happened, we would have heard about it by now. If I bring up anything close to a conspiracy theory she wants facts and proof.

When I can’t provide either in sufficient detail then what I believe is discounted and the more public or common explanation is usually what she believes. Not always, but more often than not. She has come a long way in recent years if that tells you anything about the nature of things happening in our world now and can see sinister motives behind events more easily than before. She has not gone completely over to my side, but she doesn’t discount theories immediately anymore.

The term Conspiracy Theory is used commonly now to imply that detractor’s opinions and in some cases even compelling evidence to the official story they have zero basis in fact. Just the simple act of having a different opinion on what possibly might have happened could be all the cause that some people need to discount you and think you are an idiot. Take Benghazi and the recent news of a House Committee being formed to investigate what happened to 4 Americans in 2012.

The White House has said that anyone who believes anything other than their story of that night in September is engaging in Conspiracy Theory. To me, this is the same as saying if you don’t believe what I am telling you, you are a kook. What happened to “Question Everything”? What happened to critical thinking? Why are we stupid if we don’t believe everything we are told?

At least that is how I take it. Let’s take just a few of the big ones. How about the assassination of JFK? If you think for a second that there is something odd with details around this historic event and how it was carried out solely by Lee Harvey Oswald, you are a conspiracy theorist. By calling you a conspiracy theorist, the person talking about you is trying to say that you are completely wrong and may have a mental deficiency or that you are trying to infer something secretive and illegal was planned.

Another juicy one is Building 7 of the World Trade Center. If you wonder how a building that wasn’t even hit by a plane came down on the same day in the same exact fashion as two buildings that were, you aren’t being inquisitive. You are a nut-job that needs to shut up. Never mind the fact that fire, the stated reason for the building’s collapse doesn’t seem to make any other steel buildings collapse like a pancake in a few hours, you aren’t supposed to ask any questions about that.

What is wrong with asking questions and why does the simple act of asking questions elicit such a knee-jerk response from some people. Rather than intelligently debate and discuss, the insults come out and the conversation has to shut down. Nothing to see here, move along weirdo!

Do you really believe that nobody ever does anything bad or tries to keep secrets?

So, those two were probably more inflammatory than other things that fall into the realm of Conspiracy Theory. According to the Journal of American Medical Association though if you believe even proven facts you are a Conspiracy Theorist, which you know means you are an idiot.

Just this year, JAMA conducted a study and found that 50% of people are conspiracy theorists. For example, one question on the survey was whether or not you believe the following: “Health officials know that cell phones cause cancer but are doing nothing to stop it because large corporations won’t let them.” This question has several parts though. Do you believe that cell phones cause cancer? Do you believe that if they do, health officials know about it? If they know about it do you think they are doing nothing? If they are doing nothing, why? Does the combination of all these questions or your belief that together they make a conspiracy change any of the individual facts? Why is this a conspiracy when studies have shown a link between cell phones and cancer?

Another question was do you believe that “Doctors and the government still want to vaccinate children even though they know these vaccines cause autism and other psychological disorders”. Again, if you believe this is true you are a Conspiracy Theorist even though the CDC’s own website states that vaccines like DTaP (Diphtheria, Tetanus, and acellular Pertussis) have as a potential side effect “Permanent Brain Damage”. Brain damage is a pretty substantial psychological disorder isn’t it? The CDC is our government by the way and you can clearly read on the inserts with the vaccine what the potential side effects are.

I could go on and on and I bet there are people out there who will refute anything I say with evidence they pose to the contrary and that is perfectly fine. We should debate things like what is causing cancer, why our Ambassador and Navy Seals were killed? We should ask questions about our President being assassinated. What is wrong with asking questions? We are still asking questions to this day about the pyramids. We still investigate the cosmos, other planets and the human gene. Why is it not OK to stop asking questions when it comes to science but in other realms of life continuing to explore, to dig further or not accept the consensus is a sign of a mental issue?

If you are one of those people who are quick to think any alternate explanation to any event is crazy I would just ask you to stop and consider that maybe you don’t have all the facts either. Maybe what you are being told isn’t the truth. Maybe people lie when they don’t want to get in trouble and yes, maybe there are things that people are trying to keep secret. Being curious about a subject isn’t crazy, blindly believing anything you are told without question sure comes close though.

Very thought-provoking article, Pat. I happen to believe that the most volatile fuel for “conspiracy theories” is a government & it’s agents that get caught in lies and so-called “mis-statements” and try to cover by issuing multiple conflicting explanations. Such insultingly obvious duplicity does little to engender faith in government.

Besides, “just because you’re paranoid, it doesn’t mean they AREN’T watching you.” 😉

Thank you very much Larry! hope you are doing well.

This is the first intelligent article I’ve ever read about conspiracies: factual or nutcases. It’s absurd to think conspiracies don’t exist. Duh! Kennedy is a great example. Maybe the fact that he was on the way to Russia to give them a share in the lunar lander played a part. Because it’s a fact that the Moon was a military goal, in the interests of American dominance in nuclear capabilities. No way was the U.S. military machine going to let this drug-addicted and very ill President give the store to the red Russians. I’m not hypothesizing. I was young, but… Read more »

Thanks for reading and the comments Fred!