Have you ever known someone who has a glum outlook on life? Maybe that isn’t the right term, how about fatalistic? I have some people in my life that I call ‘Eeyores’ from Winnie the Pooh. I don’t really call them that but you know what I mean by the term. Eeyore on the surface seems depressed and resigned to whatever fate brings his way. Rather than object to any of his circumstances, Eeyore says “its ok. I’ll learn to live without it” in a very somber tone that sounds as if he is half asleep.

What in the world am I talking about a cartoon character for? There are so many people who have the same attitude when it comes to great tragedies or crisis. If you try to talk to them about Prepping so that they are better able to weather any type of calamity, they will sometimes answer that they would “rather die” than live in a world that you describe. It is amazing to me that so many people would simply die rather than try to live and struggle to survive.

Even animals instinctively want to live and will go on living as best they can until they breathe their last breath. Oh sure, I know someone is going to send me videos of depressed monkeys or something but as a general rule, animals don’t know how to do anything other than try to survive. Why are humans so much more willing to give up when faced with adversity? What is it about crisis or the threat of a bumpy road enough to make some people throw their hands up in the air and simply quit?

What makes someone quit?

I’ll state right now that I am no Psychiatrist, but we have all faced periods in our life when we quit something. It could be as simple as a diet, an exercise program or smoking. It could be we quit running when we hit a wall – the key is that all of us have quit doing something. We are all quitters, well technically speaking. Becoming a Prepper doesn’t mean that you will never quit. It doesn’t mean that you won’t at some point in the future meet an obstacle you can’t overcome or confront a situation that offers you no chance at winning. Being a prepper simply means that you are joining the fight and you are going to give it your best shot.

Extrinsic motivation occurs when we are motivated to perform a behavior or engage in an activity in order to earn a reward or avoid a punishment. The opposite of Extrinsic is Intrinsic Motivation. Intrinsic Motivation involves engaging in a behavior because it is personally rewarding; essentially, performing an activity for its own sake rather than the desire for some external reward. This is where I look at both of those terms and see how prepping falls into both camps. 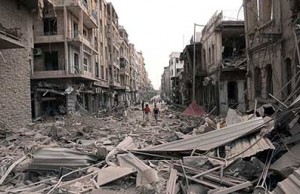 If my hypothetical TEOTWAWKI event is a global economic collapse that thrusts the entire world into something worse than the great depression, I would have an Extrinsic Motivation to avoid going broke, to find a job, to provide for my family. By the same token, I would feel personally rewarded if I was able to survive during a depression while still taking care of my family. Whether the motivating force is external or internal I still am motivated to some action.

Do the people who sit there, who might even be members of your own family and say they would rather die than go through another depression know something you don’t? Unless they lived through the first great depression I doubt it. Even if they did live through the first one, their age might be a huge factor in whether they had the strength to live through a hypothetical second great depression in the first place. No, what about perfectly healthy people who right now say they would rather die than go through something like that? What makes them tick? Why would anyone quit before they ever started trying?

You have to have hope

I think that there are so many people out there who very simply don’t have hope. For whatever reason – maybe they had a bad childhood, or someone has let them down too many times or maybe everything they have tried hasn’t worked out. Some people just don’t have any hope in themselves. They don’t believe they have whatever it takes to make it through tough times. Either that or they know right now that they hate more than anything pain and discomfort and would rather end it all than go through something horrible.

One of my fears and I am sure it is shared by every parent is that something would happen to one of my children in a SHTF event. I take prepping personally because it is one thing if your child dies tragically in a freak accident; it is another if they die because you didn’t do something right. Prepping for me is a never ending act of trying to take advantage of anything I can so that I am able to provide for my family should a crisis visit our street. I don’t know what will happen, but I know that whatever I can do to protect my family I will. That is my hope that they will all be safe. My hope is that I will have made the right preparations or that I am attuned to what is going on well enough to see danger approaching and take the right steps. My hope is that we are lucky. My intrinsic motivation is that my family, myself included live no matter what we face.

Could we all end up with some crisis that takes lives on a scale so epic it completely eclipses the horror of all the great tragedies in the past combined? Maybe, but that can happen regardless of what I do. My hope is that everything I am prepping for now will make things better regardless. Maybe when it is all said and done I will die during or because of the event I am trying to prep for. That’s OK because we all die eventually but I’m not going without a fight. It isn’t like I want to die; I want to live for a very long time. I would even want to live through some great tragedy even if, God forbid some of my family did not. Like I always say, I never hope to find out.

Preppers are motivated by external events to protect their internal interests. The simple act of prepping means you have hope. When I talk about prepping for some event, those Eeyores will say how I have some pessimistic view of the future. “Why do you always think something bad is going to happen”? I don’t want anything bad to happen, but it does. You can’t stop bad things from happening and the answer isn’t to give up. Prepping is all about believing that you can make it through. Prepping shows that you have hope that the skills and steps you are making now will help you later. Prepping isn’t pessimistic worrying about the future. Prepping is an act of defiance against potential tragedy, it is looking rough days in the face and saying “I’m not afraid of you”.

Will anything bad happen like the global economic depression I mentioned or wars, famine or disease? I don’t know. I honestly hope they do not, but I am going to prep like they are. My family deserves that and they are my motivation and hope.

Great post. When I saw the title I was mislead to think that the article was one of the articles that hopes and prays for TEOWATKI. However I should know better considering all the times you have said you would rather die wrong about prepping old and happy, then live through shtf unprepared….. I am also concerned about this possibility. I myself am a young (and low budget) prepper, and I see this problem myself in my peers. They also seem to think daddy government is going to take care of them.

Yes, I figured that would trip up a couple of people. Its all in the inflection and how you read the title. Glad you see this too only from the standpoint that I must not be the only one. I know there must be millions of factors, but our society just doesn’t have the grit and determination to put up with much in life that isn’t handed to us like you mention. I think that can change over time, but I am afraid of what would be necessary for that to happen.

The only time I have ever sat back and said “Why would I want to live like that?” was after watching The Road. But I got over it LOL

The Road was a tough movie and I can’t imagine how it would feel if my wife just walked out the door. She did the same thing practically that I am talking about. She gave up. Maybe if you were alone and trapped and injured I could see something like that being easier to do but she had a son and a husband. It’s just foreign to me.

When speaking of my stored foods, supplies, etc., my neighbor said just that—-” I’d rather die!!”
My reply??
Well, you will!!!

So I am not the only one this happens to… Sad, but I think a lot of people will change their mind when it comes down to it.

At least for the younger people, I have to think that their attitude towards survival has been conditioned by society’s constant attempts at protecting them from bad consequences. The Boomer and “X” generations has for the most part raised a bunch of risk averse kids. They can’t imagine living in a world without (figuratively) padded corners and helicopter adults taking care of them.

I think you are right on younger people, but most of the people I hear this from are older. They could have the same root cause, but I just think it is a hopeless society we are living in.

I merely would like to have the choice should it hit the fan!

You mean you would want to have the choice to live?

We’re a nation of wimps! When kids start playing soccer, they are not allowed to keep score. Winning doesn’t matter; it’s just about having fun. No need to do your best, no need to strive for the brass ring. Because at the end of the season EVERYBODY GETS A TROPHY! Same thing with people who want to move out of the U.S. because it’s such a mess. I’ll be damned if I’ll be run out of my own country! Put on your big girl panties folks; time to butch up.

I wont lie most likely do look forward to a disaster. i have failed alot of things in life but this is one thing that i have the option to strive for and over come, So there will be a chance that i will not fail in the future

Age does create differences, I too have attitudes regarding some of the younger people as to the back bone or durability factor. I have lived thru things most people would have not choose to. My takeaway here is personal determination is a Prepper tool. Get some and get real or give up. Good points in this article, thanks.

Question, “TEOTWAWKI “ The end of the world as we know it?