5 Ways To Survive With Only a Lighter 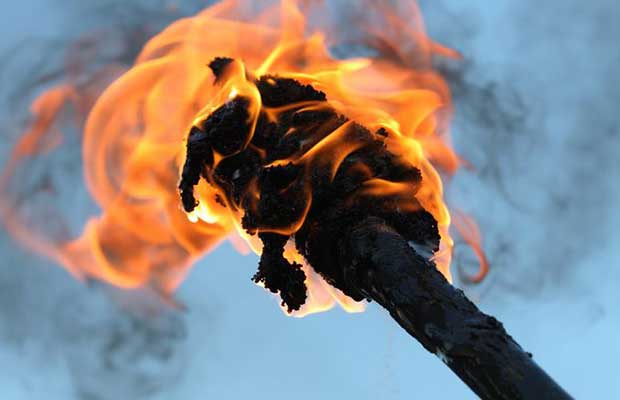 A homemade torch can light the way or keep predators at bay.

Editor’s Note: This post was generously contributed by Gary with Survive Worldwide  – Survival Gear and Tips. Gary shares the importance of a source of flame in your prepping plans with 5 ways to survive with only a lighter.


Perhaps the single most useful tool for someone to have in a survival situation is a lighter. While some might argue that a lighter is a little bit of a cheat, and that a real survivalist would start fires from scratch, this argument doesn’t really hold water when your life is actually on the line. Starting a fire the Neanderthal way might be more pure, but it actually requires considerable skill and even a bit of engineering savvy before you’ll see the first glimmer of smoke, and eventually some life-saving flame.

A survival lighter is very compact, is universally available, and provides a priceless function to someone suddenly thrust in a life-or-death situation. For someone intentionally seeking out the wild places of the world, a reliable lighter is solid gold. But for a lighter to be as useful as possible, it must be relatively immune from the effects of wind and the elements, and offer a steady flame that will not be blown out by a mere breeze. Storm-proof lighters offer just that kind of service, and are well-known to survivalists around the world, many of whom carry two or more in the wild.

Here are some of the ways that a good survival lighter can make the difference between life and death in a real survival situation.

In a cold climate especially, warmth will be essential for a person caught in the wilderness. Some kind of shelter is essential as protection from weather conditions, but it will also be necessary to keep warm, and in places where the thermometer dips low at night, a fire can stave off frostbite or even worse harm.

Humans are capable of lasting up to three weeks without food, but that doesn’t mean you can count on surviving that long between meals. In actuality, the body begins to grow weaker far sooner than the three week period, and that means muscle coordination and even brain functions are degraded far sooner. Raw food might be palatable in a pinch, but cooking food also kills germs and bacteria that might be present, and will allow for a healthier intake of foods that are not normal components of the human diet.

In an area where there might be predators about, fire can be an essential protection for the survivalist. Wild animals have a natural aversion to fire, many of them having witnessed the damage that wildfires are capable of, and they will not enter a campsite where a strong fire is burning. Of course this means that the fire has to be maintained whenever there is a suspected presence of such predators, and that a steady supply of fuel must be gathered, but here too, fire can help. Carrying a burning piece of wood along as you seek wood supplies will cause most animals to keep their distance.

There are of course, better purification methods than boiling water, for instance handheld purifiers and water bottles with purification systems, but if you happen to be caught without any of these, then boiling water works just fine to kill off anything nasty in your water supply. And it almost goes without saying that you must locate a water source, because humans cannot live longer than three days without it. Like with food though, that three-day guideline is an extreme case, and body functions will begin to degrade much sooner than that without essential water being taken in.

A survival lighter can be made to have much greater value than its single, intended function of lighting fires for all those benefits described above. Someone who has time to plan for a stay in the wild can dress up a lighter to be much more useful than as a mere starter of fires.

Wrapping your lighter with duct tape can pay handsome dividends in a survival situation, because there are hundreds of ways that duct tape can come in handy. After taping the lighter, add several fish hooks to one side of the lighter, and some sewing needles on the other side, to give yourself a tiny toolkit of items that can help with other aspects of survival.

Finally, wrap a long strand of heavy fishing line, perhaps 20-lb. test line, around the whole lighter to provide a means for fishing or makeshift trapping, and also to repair gear. By including these extra aids to survival all on one simple tool, the survival lighter is made even more valuable as a means of keeping you alive in a hostile situation.

I keep a Blazer PB207 butane lighter torch, not only does it do everything a conventional lighter does but you can braze, solder, cauterise as well its fully focusable high pressure flame works even in the strongest winds.