Can The U.S. Government Protect Americans From Ebola? 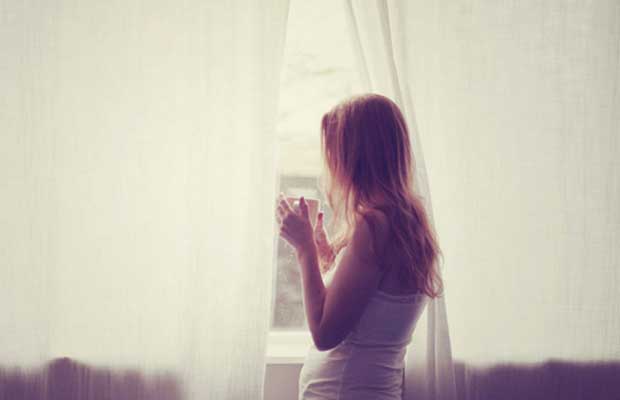 This is the question that is central to the notion that Americans should seriously consider taking their own steps on a personal level to protect themselves should an epidemic begin.

We now learn that a doctor who treated Ebola patients in Africa and who had recently returned to New York had violated known protocol and was touring the city while he was infected. According to the New York Daily News, after frequenting several public areas (bowling, etc), using the trains and taxis, he was finally ‘hauled-off’ in a HAZMAT suit to Bellevue Hospital. How does this happen?

We know this much for a fact; if the situation worsens in America and Ebola starts spreading, quarantining the infected may only get us so far, even though the concept of ‘isolation’ is relevant. The key question is what is the most effective protection for Americans should things spiral out of control?

As we see, trusting others, even some doctors leads to risks; they are only people and in the end not everyone can be trusted to do the right thing all the time.

What about protecting Americans by isolating the healthy?

This is a strategy that many Americans can implement and control themselves, IF they are properly prepared well in advance of the onset of any epidemic and the panic that will no doubt ensue in such an event. In the event of an epidemic of any deadly virus, including Ebola, Americans could choose to just stay at home until the risks from public areas are cleared.

Being properly prepared means; having enough water, food, medicine and other needed supplies set aside at home, which allows individuals the option to stay at home for as long as necessary to allow an epidemic to burn itself out in the immediate area (could be several months).

If an epidemic should ensue, many forms of transportation will likely be severely limited, and this coupled with isolating the healthy, as well as quarantining the infected, may be one aspect of a total strategy that should be considered and openly proposed by the government (inform Americans to accumulate supplies needed to implement an ‘isolation strategy’ of the healthy). This, along with severe limits on intercontinental and regional travel may be the ultimate solution.

Let’s hope that someone wises up in time to save America from a possible Ebola epidemic.

The government at all levels cannot save us, but they could be taking great steps towards protecting us. It is a double-edged sword, but I support heavy-handed measures to prevent the spread of the disease. The needs of the many are definitely outweighing the needs of the few, or the one. Without a doubt we should be banning all flights inbound from Ebola infected countries, and I would go so far as to say their neighboring countries as well in case some people simply travel to another airport. I would allow any Americans to leave the country if they so… Read more »

I’m always amazed at how those who most vehemently oppose government intervention and oversight are always the first to cry out to the government and demand they do more. The reason our border is not secure is because there is no possible way to do it. The US/Mexico border is 2,000 miles. Secure that one, and then they’ll just fly into Canada and cross. The US/Canada border is 3,987 miles long. Secure that one, and they’ll take a boat and put in at an unattended beach. The US has 12,383 miles of ocean coastline. To secure our borders would require… Read more »

Still Waters, thanks for commenting. You’re right that we definitely can’t stop everything and that’s why we prep. I agree with some of your points and you’ve made me think about a lot. “Vehemently opposing government intervention and oversight” (which I admit I usually do) is different when comparing constitutional vs unconstitutional use of that power. I’ll oppose government oversight and intervention all day long regarding trying to protect us from ourselves and doing things not expressly permitted. Ebola and terrorism taking advantage of open borders is not the equivalent of mandatory seat belt laws, gay marriage, or the income… Read more »

Great comments and points from both of you on all sorts of topics. I have a slightly different take on border security and the Ebola problem. On border security: I don’t believe we can police it all as Still Waters states and really if we build a fence to keep people out that could just as easily be used to keep us in. I believe our problem isn’t that we have a line in the sand that can just be crossed over; it is that we incentivize people to come here. I would take away every incentive to illegal immigration… Read more »

Taking away the incentives to come here is a great idea. I haven’t heard many people talk about it from that angle – it’s usually always the line in the sand. I think that for a good many people though the dream of America is better than the reality and that means millions will still come here unless the line is protected. I liken it to the Detroit suburbs where I grew up and how my dad taught us about the minorities fleeing the ghetto and how that leads to white flight and neighborhood destruction. Essentially the first people to… Read more »

Our government could do more but for what seem to be political calculations refuses to do so (If they close the border to stop importation of disease, how can they go back to claiming that securing the border would do nothing to stop illegal immigration?) Conspiracy theorists claim that Obama is dragging his feet because a) these are fellow Muslims and b) a pandemic would be made-to-order as an excuse for the expanded use of Executive Orders, up to and including a declaration of Martial Law. Personally, I think he’s in over his head and has been for the past… Read more »

Looks like I created a monster {;-) … I didn’t think it would stimulate such a wide-ranging discussion. From my chair: As Jeff Foxworthy said; “We live in a country founded by geniuses but run by idiots”. 1. Government is great, as long as it does exactly what it’s supposed to be doing, and as long as it doesn’t exist to serve itself; it’s supposed to serve the People it works for. 2. ‘Government Intervention’ is fine as long as it doesn’t; a) violate the Constitution the spirit and intent of that brilliant foundation, and; b) doesn’t violate or infringe… Read more »

No Captain, thank you for the article. These types of conversations are how we better define and understand the problems we face and synthesize effective responses based on actual experiences instead of theory. And Marine, I have a tremendous amount of respect for you and your thoughts based on your previous posts and comments. I’d welcome you as part of my MAG anyday. As for you Pat, obviously I’m a fan or I wouldn’t keep coming back. I can’t remember who said it, but one of my favorite ideas which I’m about to poorly paraphrase is this – for every… Read more »