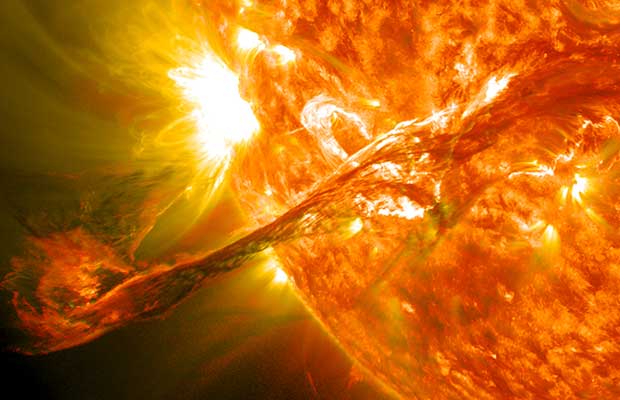 Editors Note: The following article has been generously contributed to our community by Bobcat-Prepper. Our electrical grid has been repeatedly demonstrated to be our Achilles heel yet where is the call for action? Bobcat Prepper lists just a few relatively recent examples of threats that seem to attract little attention when you consider the larger implications of what could have happened had minor alterations occurred. In seemingly all of these examples, we have dodged a bullet or are ignoring risks and one day we may not be so lucky. We routinely discuss the importance of preparing for all manner of man-made and natural disasters on the Prepper Journal. In most of these examples we cite, you can take steps to avoid disaster if you are prepared and alert to what is going on around you. If there is a hurricane coming you can evacuate. In wars, you can bug out before the conflict lands on your doorstep,  but some disasters are so encompassing that there is really no place to run to.  If our electrical grid is taken out, you most likely won’t be able to drive down the road for a better outlook.

It is worth noting that just two days ago, the sun unleashed a major solar flare that could trigger a minor geomagnetic storm on April 2nd. One of these days, instead of blacking out radio signals temporarily, a solar flare large enough could effectively destroy our communications satellites and other electronic devices. Wouldn’t it be ironic if all the worrying about political infighting, inflation, wars with Russia and China or the threat of sea-levels raising two centimeters a hundred years from now was all rendered moot by the sun. What if we were really powerless to do anything about what happens down here and spent all our time ignoring what was very possible from the largest star in our solar system? Time and time again, we learn that just because something is over 92 million miles away, it can still reach out and touch us in a very destructive way and yet it seems like there are so many other things more important. If we have an electrical grid failure regardless of the reason, you will see caveman days come back quickly and I think it really would be the end of the world as we knot it. Something to think about.

Americans love a good apocalypse story, like 2012, The Road, and The Walking Dead, but only as long as it is a work of fiction.  Since these stories aren’t real, they are safe for folks to enjoy and then return to their state of complacency. When a real danger to civilization emerges, government officials, the media and thus the public tend to downplay its seriousness and even its existence.

Who outside the prepper community talks about these present dangers to our electrical grid? America is so dependent on electricity for food and energy production/distribution,  communication and all other vital services that being blacked out for months or years would mean riots, starvation and death for most U.S. citizens.

In February, it was reported that “on April 16, 2013, attackers cut fiber optic cables in an underground vault and then fired more than 100 rounds from at least two high-powered rifles on Pacific Gas and Electric’s Metcalf power transmission station near San Jose, California.”  Power to the area was not lost because the attackers missed cutting one wire that allowed remote operation of the equipment.

In March, it was reported that the nation’s entire power grid could be blacked out for months if as few as nine of the nation’s 55,000 electric substations were shut down by saboteurs.

In December 2012, North Korea successfully launched a small payload into orbit, meaning that may soon be able to target the U.S. with a nuclear bomb capable of knocking out our power grid.  A September 2012 report released by the National Research Council noted that even the U.S. is vulnerable to an Iranian nuclear missile strike.

A March 18th report from UC Berkeley and Chinese scientists provided details on the CME storm which occurred in July 2012.  The CME storm was not on the side of the sun facing Earth, but due to the movement of the Earth and sun it would have been a direct hit, had it occurred nine days earlier.   “The solar bursts would have enveloped Earth in magnetic fireworks matching the largest magnetic storm ever reported on Earth, the so-called Carrington event of 1859.”  Scientists believe storms of such magnitude occur about every 500 years, although storms one fifth as large occur several times per century.

These kinds of dangers are often described as low-frequency, high-impact events and therefore not to worry about, but what is the likelihood that just one of these happens during your lifetime?  All the more reason to prepare your family for a long-term emergency.

At least one year’s worth of food is needed to be prepared, because that is how long it would take you to plant, care for, and bring in the next harvest of your garden – you do have a large garden, right?.  You would also need equipment, supplies and skills to hunt and perform every other function currently provided through the benefits of our vulnerable electrical power system.

Many say that if the USA had a massive EMP whether man-made or due to a solar flare, and it took down the entire grid (Even the military bases run off of the grid , instead of being independent totally from such. Though some bases have lots of solar panels up, they have wiring that runs through them and could easily be wiped out as well. Unless you have back up solar panels incased in EMP proof storage units and back up generators that will run out of them, that are also in EMP proof storage units to be used… Read more »

Thank you for your comments Lauralee, In your brothers case, my assumption would be that his pacemaker would stop working entirely. Rather than the situation you described (which I have seen myself oddly enough) it simply wouldn’t do what it was designed to do. Unfortunately, if your brothers heart rate gets too low, the pacemaker won’t function to send the signals to get it to beat. I think this is just one example of hundreds of reasons why people would die in the massive EMP event you describe. We have become dependent on technology and drugs to keep us alive… Read more »