What We Want is What You Got: Defending Your Life From the People Who Will Stop At Nothing 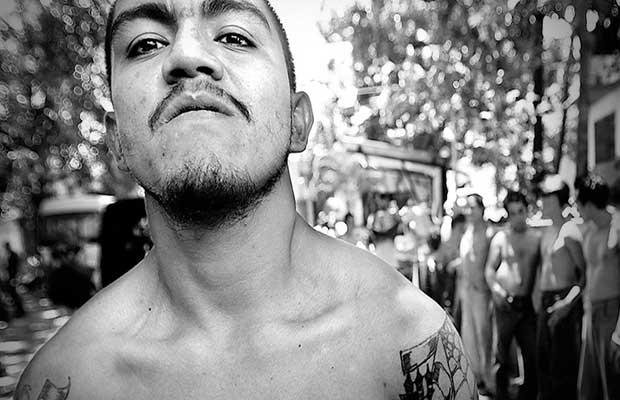 One of the concerns of anyone who is preparing for a SHTF scenario if you are being honest is the dark side of human nature. You can have all of the supplies you ever need; you could have a fully stocked pantry with enough food to feed your family for 10 years, enough ammo to conduct a 21 gun salute every minute of the day for the next 5 years and it could all be taken from you in a minute by desperate individuals who care nothing for you or your family. When hard times come, the true survival instinct kicks in at some point and that is when some of the biggest evils happen and you might find yourself defending your life. When it is desperate and it’s either you or them, most people will side with themselves and do whatever is necessary to take anything you have if what you have can help them.

We discussed the concept of Marauders in a couple of posts here on the Prepper Journal and while I think the shining example of an idiot used in Doomsday Preppers was not something I would be overly concerned with (the person, not the scenario) the threat itself is very real. That is one of the reasons we talk about security for your home, maintaining an active Situational Awareness and how society can break down when there is no rule of law. History is full of too many examples of good people being killed for senseless reasons, and ignoring the very real threat that this could happen to you isn’t going to make it go away.

One of our readers is from Australia and they commented on a post I wrote a while back about the top 5 guns you need to get your hands on. The comment was essentially, that since there are no guns in Australia, this person has nothing to worry about and I don’t believe that is true. If you have no guns, you have even less of a chance of protecting yourself from bad guys that do, but lets assume for a second that Australia really had no guns whatsoever. Do you really believe that the absence of firearms is going to guarantee your safety? Tell that to the people in Nigeria who were killed with Machetes. A lack of guns doesn’t mean everything is peace, love and singing. This isn’t new and it violence won’t stop no matter what law you pass or what right you take away from people. If someone wants you dead bad enough, you are dead. That is unless you can stop them.

Now, that is one problem, not having some means of protection, but the bigger problem is that dark and sinister element I talked about in the first paragraph. No matter what happens, if society devolves to the point of desperation people will do desperate things. There will not be any negotiating with someone who is starving if they have a plan, superior numbers and firepower. There will be people coming to take what you have and you will be lucky if this happens that nothing worse than theft occurs.

I saw this YouTube movie last year I think and again recently on another blog I visit, but it has always struck a chord with me. Yes, some of the graphics are a little cheesy, but for a video it isn’t bad at all. Actually, I think it does a really excellent job of painting a hypothetical scenario that a lot of Preppers could be faced with. You have saved, planed and prepared and it could all be taken from you by people who didn’t prepare. Your family could be stolen by criminals who have planned to take what you have because it is what they want.

No amount of planning can prevent people out there from trying to steal what they need in order to live. You can plan all of the charity in the world, but eventually, it will come down to what you need to feed your family. The line will be drawn somewhere, maybe your stocked, solar-powered retreat that they want. If you have anything at all you will be a target for people like this.

Imagine your family after the grid goes down. Imagine people watching your home from the woods. Will this change how you prep? If you know that these predators are out there, would that change anything you are doing now?

Yeah, you gotta watch out for those people with dark skin. They are dangerous. They will take your wives and daughters off to be Muslim – or Mexican gangsta beeyatches. LOL
The real danger has always been the MILITARY INDUSTRIAL COMPLEX, the WARFARE STATE, and WASP BANKSTERS. They are the engines of destruction.
“Those who live by the sword die by the sword.”

I agree with you Ali about who the real danger is, but there is danger from others as well. The Military Industrial Complex is dangerous to our nation and freedoms but small roving gangs are more of a threat immediately to your family in a crisis. You can watch out for them and possibly defend yourself against them. You can’t do that with the military.

The picture was just of generic gangs. I could have easily put a bunch of skin-heads in there too, but didn’t come across anything that looked better. Thanks for reading and commenting.

WASP bankers? You mean Zionist bankers don’t you? I know for sure, even at my age I’d have no problem killing to protect. I don’t give a f*** what color you are. I’ve been in two armies, one killing in. I agree about MIC though.

U guys are like people who get black belts in karate then get ktfo the first time they get in a real fight. Criminal tactics arent going to be to come at you the way you think. What do you do when you try to help someone who is so kind and seems so in need. You feel bad for them then they blow your brains out the second they gain your trust.