Spare AR-15 Parts You Should Always Have on Hand 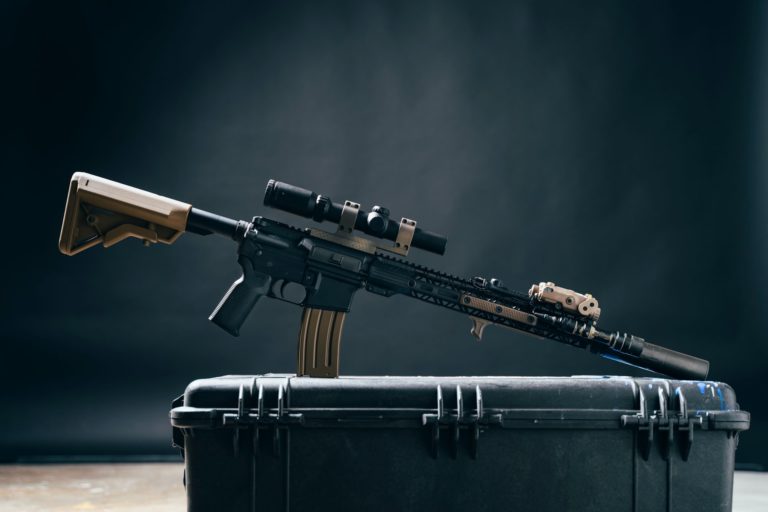 An AR15 rifle is considered by many to be their “go-to” rifle. Whether you are hiking and going hunting, keeping a gun with you for protection, or going to the range for practice or competition, there are a few spare AR-15 parts you should always have on hand for your AR-15. After all, there is an old prepper adage, that “one is none.” Redundancy should always be built into any preparedness plan to account for unexpected failures or events. From having the optics you desire to the upper receiver you need, there will always be something more you need to have on hand to keep you from having to back out of your operation. It is impractical in certain situations to always carry another primary weapon system in case of failure, but for limited cost and weight, you can pack parts that will help to keep your rifle functioning.

What types of spare AR-15 parts do you need to keep on hand? Are they heavy? Is it expensive to keep spare parts? We will tackle these questions and more in this article.

Bolts are an integral part that you must have on hand to be able to operate your rifle. The bolt is the part of the weapon that grabs onto the rim of the cartridge, pushing it into the chamber, and locking the gun making it ready to fire. The upper receiver is what secures the barrel of the rifle and holds the bolt carrier, where the bolt is stored.

Bolts are light by themselves and are not difficult to travel with. They can cost about $100 to $130, but it is important to keep one on hand in case of emergency. While modern bolts are extremely durable, after tens of thousands of rounds, it is possible that they can crack where the cam pin is inserted. This is a common weak spot and some bolts have remedied this problem like the young manufacturing bolt. This cam pin slot on this bolt was not machined all the way through like on standard bolts making it significantly stronger. If you always have one with you, you do not have to worry about being stranded without a working rifle.

The extractor in an AR-15 is in the bolt assembly (that which holds the bolt and its working parts). The extractor lives up to its name, as it is the part of the weapon that ensures the empty cartridges are extracted from the rifle. If this piece malfunctions, you will be unable to continue firing your weapon as the empty case cannot be extracted.

An alternative to keeping an entire extractor on hand may be to have extra extractor springs. The springs are what most often fail first in an extractor. It is in your best interest to buy an entire kit, as it only costs about $16. With the kit, you will have everything you need including the extractor pin, extractor spring, extractor spring black neoprene insert, and an O-ring dampener. With all of these on your person, you will not be weighed down, and you will not have to worry about a faulty extractor lessening the reliability of your AR-15.

One of the most important spare parts you can have on hand is an extra firing pin. The firing pin is the piece that hits the primer of a cartridge, causing the compound to be detonated and the propellant to be ignited. In other words, the firing pin is the only thing that strikes the bullet cartridge, causing the bullet to fire through the weapon to your target. Without a firing pin, you are unable to use your rifle at all. See why having an extra firing pin on hand is unavoidable? They only cost about $8 to $12. They do not cost much and they weigh next to nothing, but firing pins are required to have a working firearm. Every marksman should have an extra!

Gas rings in an AR-15 can sound like an odd thing to worry about, but they are a simple product needed to ensure reliability in the weapon. The gas rings seal the gap between the cylinder walls of the bolt carrier and the bolt itself. The gas rings should be checked each time you take the weapon apart to clean it, which should be after each time you go shooting. While you have the weapon taken apart, you will want to extend the bolt out of the carrier as far as it will go and place it on a table. While it is extended, if the carrier falls over the bolt with its own weight, then it is time to replace the gas rings. These rings do not cost much, so it should be easy to keep multiples of them in your bag. To get 3 gas rings, you will spend close to only $3. Who can beat that for a spare part?

A cam pin is what locks the bolt after firing the weapon. Without the cam pin, the bolt would never lock or unlock from the barrel extension and would become stuck. The bolt would be stuck and the cartridge would not be able to be extracted. Firing an AR-15 without the cam pin would cause the weapon to come apart while trying to fire it. Not only is this an issue as to the function of your weapon, but it could be incredibly dangerous to attempt to operate without a proper cam pin. These important pieces of the weapon cost only about $5, keeping you from breaking the bank to keep a sense of safety and reliance.

All these items have to do with the Bolt Firing Group of your rifle. This is because that group of parts is what makes your weapon a weapon! Without these items functioning correctly, you will be in trouble. The price range may be an issue, but you may just opt in to always carry an extra complete Bolt Carrier Group with you since it is lightweight enough to not add significant weight to your bag.  A space-saving and cost-effective solution is to keep a bag with spare parts for your AR-15 just in case of any type of malfunction. You never know what could happen!

Finally, one must always have extra magazines on hand. These are what hold your ammunition and keep you prepared for rapid-fire. If you need to reload quickly, extra magazines are a requirement, and they should be loaded. An AR-15 magazine costs only about $10 to $12 each, or you can buy them in bulk and save yourself a few dollars. Unloaded, the magazines will not add much weight to your bag. If you load them with extra ammunition, you may add some weight, but it would be worth it in the end if you need to quickly change cartridges and begin firing again. Magazines are classified as expendable components and after long-term use, they can become unreliable, so it is important to always have extras on hand.

Good article! The only thing I would add would be the firing pin retaining pin. I’ve seen those break and I’ve seen them get dropped and lost forever lol. The rest of the weapon really doesn’t have a whole lot of other trouble areas.

Thanks for the comments Jackal!

I’ve been using the AR platform for about 30 years or more. For me honestly it’s mostly for recreational shooting. BUT, in the back of my mind if shtf it would be my go to weapon. I keep a bug out bag and try to keep it as light as possible, but the bcg is worth the extra weight. If there were a colapse in society we could only guess what that would look like but if we were shooting and on the move a lot, we could just pop that clean bcg in and clean the dirty 1 when… Read more »

Great points Hal and I agree with your thoughts. I don’t have a spare BCG in my go bag but I do have a backup AR. Something to add to my shopping list though.

Get an AK and you dont need no spare parts.

Get an education so you don’t post moronic comments..

Good article – being a prepper site it goes without saying we might be on our own with a firearm problem during a serious SHTF … along with the spare parts have everything you could possibly use in the area of firearm info >> assembly/disassembly, repair, maintenance, gunsmithing, machining and even manufacturing of parts … I’ve been downloading UTubes of various firearm related concerns << what’s left and hasn’t been censored >>> wish I had started 2-3 years ago building the video portion of my database …. with the internet censoring underway – I can see an article like this… Read more »

Thanks illini for reading and for comments. I agree with you about the censorship and it is important to have offline sources of information.

Spare parts! Consider a Ruger Mini 14 / ranch rifle. Available in 5.56 / .223, or 7.62. fewer moving parts, none fragile, not as much to go wrong, making it uncomplicated reliable and newer models have fixed the accuracy problem. I own both AR & Mini14. Rugged with synthetic stock and stainless steel. Not as “sexy” or military based. Ruger well known for making rugged, reliable firearms, just not “bad ass” looking.