Best Survival Movies to Watch With Your Wife 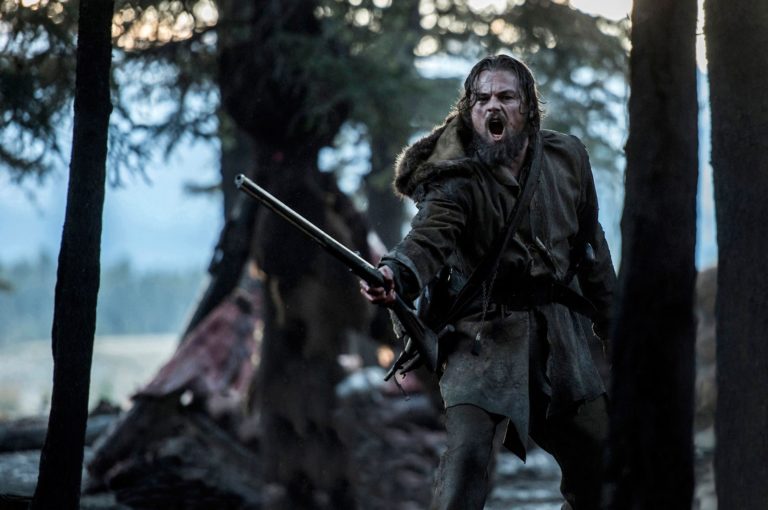 The holiday season is approaching, and you’re probably about to spend more time indoors this year with the ongoing pandemic. Are you looking for ideas to make your indoor time worthwhile this holiday season? Watching some good movies while curling up on the couch and munching some popcorn can be a great idea to spend a cozy wintery night but men and women usually have different preferences when it comes to movies. If you’re expecting an argument with your partner on the choice of movie, try some of these survival films. We have picked some of the best survival movies that everyone should like. Be it Belarus brides, Japanese or Indian women, every wife around the world will enjoy them!

While some of the best survival movies are pure works of fiction, some of them are based on true stories. Here are some recommendations from both categories for the best movies to watch with your significant other.

If you’re a Tom Hanks fan, you’ll love his role as Chuck. In the movie, he plays the role of a FedEx employee trapped on an uninhabited island after his cargo plane crashes into the sea. The movie shows how he learns to adapt to survive without any company on this island. He learns to catch fish with a spear, light a fire, and finally makes himself a raft to set out in the sea. Tom Hanks has been an exception in this role, and he won the Golden Globe Award for this movie as well. Castaway should definitely be on your list if you’re planning to watch a survival movie.

If you want to watch a survival movie based on a true story, The Perfect Storm is a movie you can’t miss. The movie revolves around a true story of men and women who go to work every day against the unpredictable forces of nature. On Halloween 1991, their fear became true when they confronted the raging weather, which unexpectedly created the greatest, fiercest storm in modern history.

This is another masterpiece that is based on true events. In this movie, Leonardo Di Caprio plays the role of Hugh Glass, who has to find surviving strategies amid a brutal cold and life-threatening injuries. He has to trek through snowy terrain in a badly wounded state to track down his son’s killer. Whether he finds justice is the crux of the movie, and you have to watch it to find the answer.

The movie is based on the life of Christopher McCandless, played by Emil Hirsch. Christopher was a top student and athlete who donated his saved money and embraced a nomadic life soon after graduating from college. He settled in the Alaskan wilderness until his last days. The film is an adaptation of the book of the same title by Jon Krakauer. The movie is a survival chronicle of Christopher, his self-discovery, and acceptance of the importance of having loved ones in the pursuit of happiness.

Apollo 13 is an all-time popular survival movie based on the true story of the survival of men in space. The movie is based on the event that happened during the Apollo 13 space mission in 1970. The movie depicts the onboard explosion on Apollo 13 and how the three astronauts Lovell, Jack Swigert, and Fred Haise aborted the mission and got home safely.

This movie is based on the true story of Spanish doctor Maria Belón who survived the Tsunami in 2004. She was on vacation in Thailand with her husband and three sons when the tragedy happened. The central family of the movie is Bennetts, shown as an English family in the movie, but was actually Spanish in real life. However, the narratives are accurate and the movie received praise from the survivors for its authenticity. The screenwriter of the movie Sergio G. Sánchez worked closely with Belón to ensure the authenticity of the movie was maintained despite the dramatization.

If you love thrills, this movie will keep you on the edge of your nerves! The movie is a work of fiction revolving around the life of a daughter and her father when the two got trapped in their house during a storm evacuation. The situation gets intense when an alligator lands up in their home along with the floodwater.

This list would be incomplete without the mention of this movie. This award-winning film is an adaptation of Yann Martel’s novel of the same name. The movie revolves around the survival story of a 16-year old Pi who finds himself stranded on a lifeboat after a shipwreck with a Bengal tiger named Richard Parker and some other zoo animals. If you like adventure and life philosophy, you will love this movie.

Blake Lively, a med student, goes for a solo surfing trip and gets stranded on a rock trying to escape a giant shark. The situation gets worse as she has to face the intense sun, dehydration, and ever present shark circling her. Will she be able to make it to the land again? You have to watch this grueling survival movie to know what will happen to Blake.

Although the movie begins as a romance story, it soon ends as a survival narrative when two people sailing in a 44″ yacht get lost in the sea soon after getting hit by a hurricane. What happens to the couple? Will they be able to find their way back? You have to watch the movie to find that out!

The movie is based on a book of the same name by Nathaniel Philbrick. The film displays the aftermath of the New England whaling ship Essex’s sinking in 1820. The story revolves around the harrowing experience of the survivors and how they battled for life in the middle of the Pacific ocean when a huge whale attacked them.

Robert Redford plays the role of a sailor who lost his way after his boat collided with a shipping container. With no GPS communication, he has to come up with his own technology to find help. Robert Redford earned tons of applause for his nearly silent performance in this movie.

Survival movies are not just meant for entertainment. There are a few life lessons that we can learn from them. And so, it is essential to let our loved ones know how much they mean to us when we have time because we do not know what might just happen in real life. There are hundreds of movies based on survival stories, be they fictional or true events. These are just a few of our recommendations that you can watch over and over again. So grab your popcorn and stock up on tissues, because most of these films will make you cry your eyes out.

IMO “The Trigger Effect” is one of the best to watch with non-preppers. Totally believable story of a middle class suburban family and their experiences during a grid down situation of unknown origin.

All are top movies in difficult and harsh situations. There are a few movies I’ve seen on this list. They are pretty cool