What Will Happen to the Banking System if (or when) Doomsday Arrives? 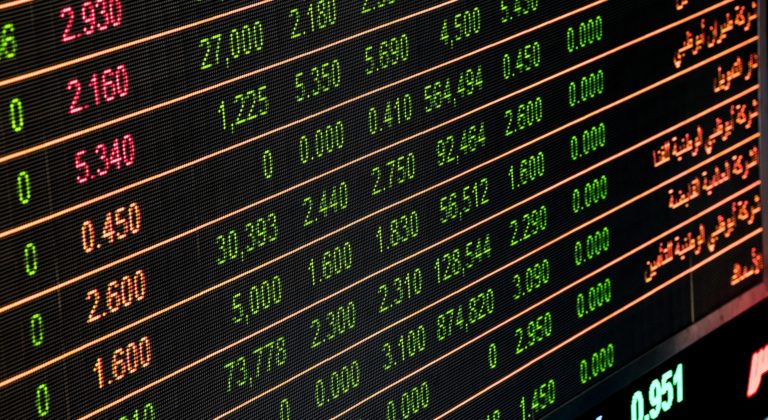 The last few years have been pretty damned frightening. Obviously, it was the COVID-19 pandemic that grabbed the big headlines, and while it did shake us all up for a while I’m almost grateful for it. Why? Well, it almost made us forget about the flurry of extreme weather events we have seen in the last few years, the precarious state of western democracy, the risks to the banking system, and the rising likelihood of a third World War within the next decade.

The state of the world in 2021 has got a lot of us very worried. While Doomsday Soothsayers have been calling “anytime now!” for at least the last 2000 years, there is still something uniquely disconcerting about the current geopolitical world order. You can tell me ‘over and over again my that you don’t believe we’re on the eve of destruction‘, and I hope you are right – but I for one am at least hedging my bets against the apocalypse.

While the super-rich-tech-demi-gods are building phallic-shaped rockets and planning to escape to mars, I don’t think they intend to invite the rest of us. So what can we do to try and indemnify ourselves against some kind of doomsday scenario? In this post, we will take a look at what may happen to the banking system in the event of the end of the world as we know it and what we can do to prepare for it.

“This is How The World Will End, Not With a Bang, But With A Whimper”

Firstly, it is important to remember that none of us can know exactly what is going to happen and therefore we don’t know precisely what kind of doomsday scenario we are preparing for. But, at least I think we can discount the prospect of a zombie apocalypse so you don’t need to run out and buy an Assault Rifle just yet.

A more likely scenario is the collapse of the USD as the global currency. This could be brought on by the demise of democracy in the homeland, a confrontation with China, or the manifestation of the climate crisis. If the USD did collapse, then that would mean the United States losing a lot of its global soft power, and being unable to import goods as easily as it currently can. It could also mean hyperinflation domestically and a run on the banks. Do bear in mind that any collapse in the USD would also impact any currencies in its orbit including the GBP, the Canadian Dollar, and even to some extent the Euro.

It is therefore wise not to hold all of your assets and savings in dollars, or in the US at all. You can spread your asset base by opening overseas accounts and in a foreign currency – some countries actively court foreign account holders whereas others don’t allow them at all. The classic “go-to” foreign bank account is a Swiss one but Georgia, Estonia and Singapore are also options. Bear in mind that if the USD or global banking system collapses, it may be too late or too expensive to move your money and the existing avenues of mean to transfer substantial amounts abroad will no longer be available.

If you can, it may also be wise to try and bag yourself a second passport because if the USD collapses, so does the value of a blue passport. You can often get a 2nd passport based on the nationality of your parents or grandparents. Some countries like Ecuador will let you buy a nationality and Estonia is now granting e-citizenship (although getting an actual passport is not quite so simple).

Another good shot is to diversify into Cryptocurrencies. Crypto was designed as an internet-based, global currency and is not tied to any central banking system or any particular forex rate. This means that if the USD collapses, one BTC will still be one BTC. The big advantage of crypto is that it’s relatively easy to get started in – the major downside is that it has even less ‘actual material value than fiat currency. In the event of a data cleansing ‘Solar Flare’ or a Mad Max type Doomsday when the internet goes down, you won’t be able to access your crypto wallet and will wish you had brought paper money to armageddon with you instead.

However, how valuable is paper money? While in 2021, some people will (sadly) kill you for a wallet full (or half full) of green, in the event of the end of the world even good old paper cash may be rendered worthless. After all, you can’t eat or drink cash, and it is said that in Weimar Germany, the Deutschmark was so worthless people used it to burn cash for warmth.

Therefore, it is also worth trying to acquire some physical commodities. Gold has been a global currency since the dawn of civilization and whilst the price has fluctuated, it never goes out of fashion. Remember that the value of gold isn’t just that it’s shiny and pretty – it is also genuinely rare, it can be used to make things, and its value is based on weight so is universally consistent. Any sensible end days prepper will have at least some gold in their doomsday vault. Other precious metals, as well as jewels, are also worth acquiring and as ever, diversification is key here.

Sticking with physical commodities, it’s also a good idea to try to keep a store of essential items such as food, water, medicine, gasoline, and (sorry to have to admit it) ammunition. If there is even a temporary breakdown in the food chain or a water crisis, then having a ready store of all of the above could be a matter of life and death.

So there we have it. Some tips for the end of days. I’m sorry if this was all a bit heavy going, and I severely hope and pray that none of these terrible events ever come to pass. However, if they do then we’ll all be grateful we took some steps to prepare.

I believe there will be a banking system collapse and when it occurs it will be by DESIGN. I just read an article written by the site owner almost a year ago. https://theprepperjournal.com/2020/12/23/the-great-reset/ He wrote about “the great reset” and gave a summary of what it was and what it could mean for the rest of us. At the end he talked about resetting his thinking about his preparedness and stated “ Individual survival is a great first step, but as individuals, we are much easier to take out.” He couldn’t be more spot on. The great reset is real, the goal… Read more »

Thanks for the detailed information about this. I would love to see more such awesome blog posts from you.