Backups and Alternatives – A Preppers Mantra 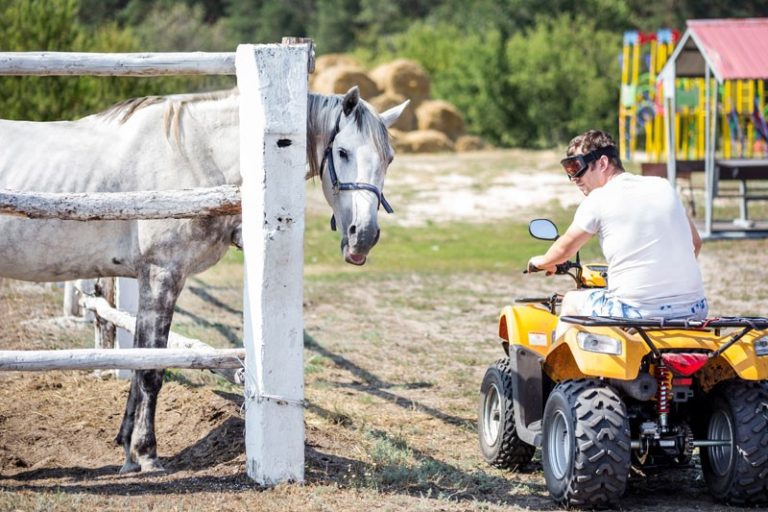 In the prepper world, we hear “two is one, one is none”. We don’t want to get carried away with it when we’re packing a rucksack, but it provides positive redundancy for our preparations. If something happens to the primary – from a plan to a tangible item – we have a backup right there, already on hand.

There’s a difference between an alternative and a backup, though. It’s subtle, but significant enough to hugely affect how well we navigate upsets. 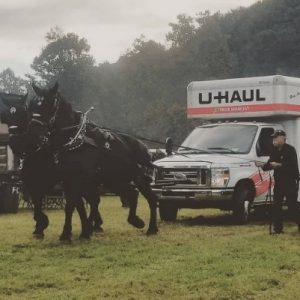 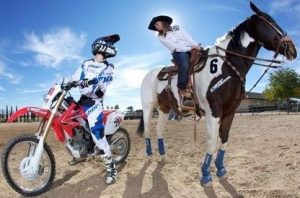 We see backups in all areas of preparedness and the self-reliant lifestyles many try to cultivate.

If our pressure canner uses rubber rings, we try to keep an extra on hand.

We stock seeds in case we can’t buy more or buy food in a supermarket, and if we’re frugal we stock multiple years’ seeds separately in case there’s a problem with the last-purchased or last-harvested seed supply.

We map out multiple routes for our vehicles, in case one is blocked. 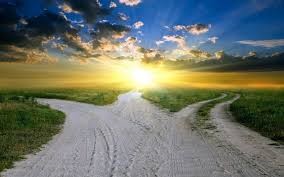 We keep a light and a speed loader, stripper clip, or spare mag with our EDC or creak-in-the-night firearms.

If we’re into tactical load outs, we carry a primary rifle or carbine, with reloads, and have a sidearm on our waist, leg, or chest where it’s handy if our primary runs dry or goes down at a really bad time. I might even have backups for both primary and sidearm back home.

Right There with Backups, is Having alternates 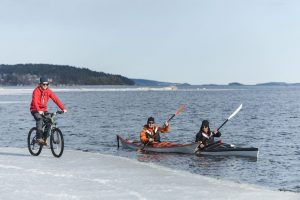 Following the examples above…

In addition to my pressure canner – and grid-down ways to bring it to and keep it at pressure – I might also make plans to preserve foods by dehydrating, cold smoking, or salt packing.

I might not only have backup seeds, I might have alternates – faster-growing hybrids of the same type, as well as foreign domesticated crops and-or wild edibles.

I might maintain lists of bus and subway/train schedules, stations, and stops, and cash/tokens for them, a bike, and an ATV to get around suburban and rural obstacles. I might also have packs or small carts for my animals and myself so we can flee on foot. 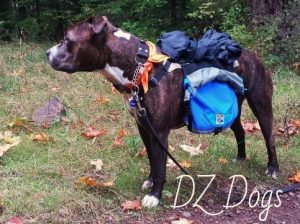 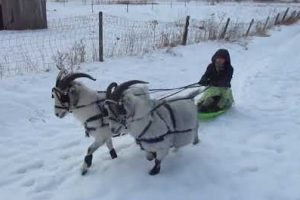 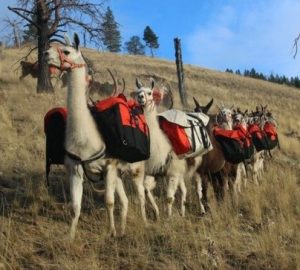 Instead of planning to repel all borders with direct confrontation if our retreat is noticed, we might have made plans to make the house look already-hit, create passive discomforts, make it difficult to reach, and have actual booby traps as our last line.

Instead of a rifle/carbine, some situations might call for me or a partner to carry a shotgun – which are themselves loaded with alternate options.

I might also keep one specifically loaded with rubber shot, rock salt, bean bags, net, or some other less-than-lethal option for chasing pests out of my garden or breaking up a dog fight.

Instead of or with a gun, I might have a souped-up flashlight that functions like a mini baseball bat.  Other alternatives to an EDC pistol might be a taser bug, retractable asp, or a coin roll in a hanky. 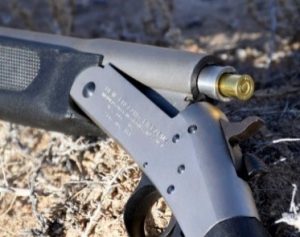 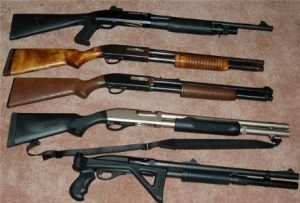 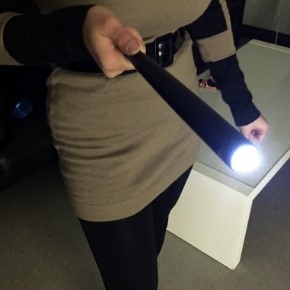 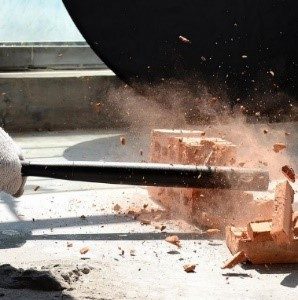 Alternatives as Well as Backups Apply Across all of Preparedness

If we flip the switch and there’s no power, we might have solar-charged and standard battery lamps to go with candles and oil lamps for light. We might augment solar and standard batteries with hand-cranked radios or lanterns, which can also function as chargers for other battery devices, or have a generator – and, upping the game of alternatives, a gennie that runs on multiple fuels.

We might have squeeze-activated ice packs we can blow a battery-operated fan across to combat heat stress, and plan for canopy beds and grown-up blanket forts to help reduce the amount of heat we need to stay warm. 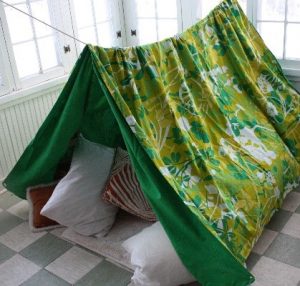 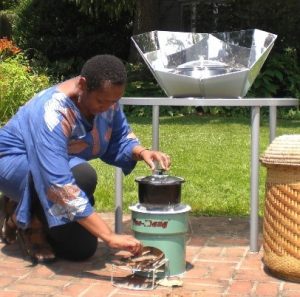 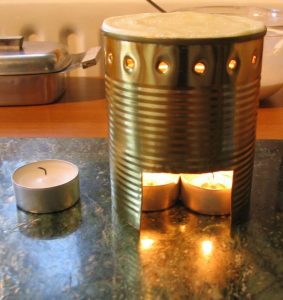 We might have dark bags and solar ovens, propane stoves and grills, and various candle stoves for cooking.

We might have Pepto for whatever our water and food storage does to our guts, Imodium and Dulcolax as a backup, as well as some alternative maintenance and treatments for minor cases like prunes, tea/coffee, and dates, and mild farina/rice cereals, applesauce, and protein drink mix.

In our bags, vehicles, and homes we store not only water that’s ready to consume, but also chemical treatments and filters, and vessels we can fill if our primary springs a leak. 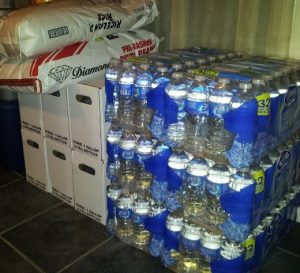 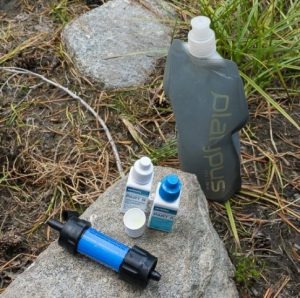 Hunting is one area ripe with alternatives for our plans and supplies. There’s already wide evidence and experience for us to weigh according to our own priorities, with gear and techniques full of alternatives just waiting to redeploy by preppers.

There’s that trusty standard shotgun, and all its options, but many hunters have a deer or pig rifle – sometimes instead, but regularly in addition to that shotgun.

Some have both a short, heavy-hitting, stable-flight brush gun and something designed to reach out across ridges, prairies, desert, or pasture. Others choose middle-road calibers that offer cartridge variety to cover multiple bases. 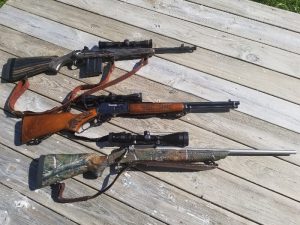 Some have a bow or crossbow for archery seasons. Others hunt very effectively with rim fires and airguns.

Some use a handgun as primary for hunts, scoped or iron sights, both small game and large. Some carry a finishing gun along with their primary hunting tool. 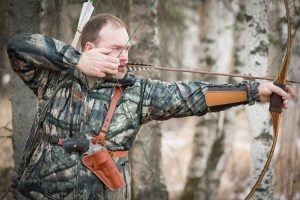 Others carry close-range handguns or super-shorty shotguns for bears or self-defense – to include other outdoors-men like fishermen, bikers, hikers, and campers.

Those Outdoors Hobbyists, too, Give us Backups and Alternatives we can Apply

Some gear serves as-is, not only for wilderness bug-outs and survival, but any power-outage and grid-down or off-grid situation. Some gear is seen re-purposed by other interest groups as often as it is in its original field, or is used as an alternative until a field catches up to the interest.

We also see a lot of crossover in foods. Military to camping/backpacking to endurance athletes, one innovates and the others apply it. Then they’re catching up and expanding, or innovating anew, and it goes back the other way. 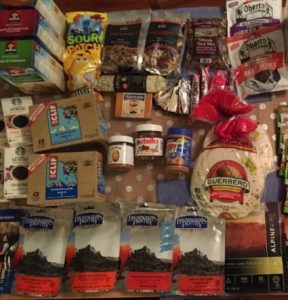 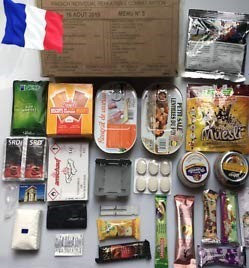 Preppers with crossover interests apply them, and they gain increased attention within that fold, further increasing the backups and alternatives we can apply. (Fad foods, too.)

It goes far beyond gunners and rations, though.

Netted hammocks and bug net around our hats help keep mosquitoes and biting flies at bay – in the garden and for front-porch sleeping in hot weather as well as out on the water or trails. Those mesh shields crossover with hunters’ turkey and duck mesh for the face and head. 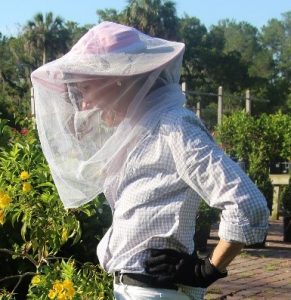 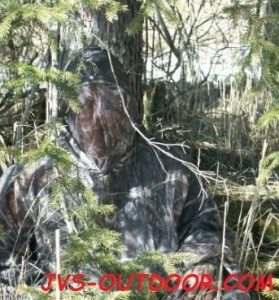 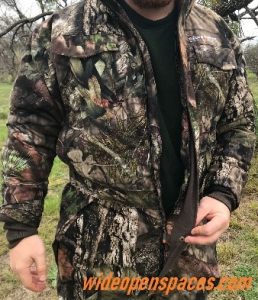 Hunter’s camo options give us an alternative to military patterns, sweltering heat or frigid cold, across a wide variety of terrains.

They give us vehicle and home options for all sorts of things, be it a fishing platform, icy-pond and deep-mud rescue platform, dryer (-er, not dry) crossing of waterways, and options if we’re caught in high water from a hurricane, main break, dam spillway, or some other flood.

That gives us one more way to keep loved ones safe and get them out of harm’s way across a wide array of emergencies.

We regularly want a backup – specifically a backup, one that does the same job exactly or nearly the same way. Conditions ebb and flow, though, especially at crunch times. Alternatives that provide entirely different options add to our resilience and self-reliance in times of need. 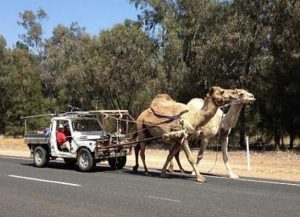 Having both is the best of all worlds, making for more well-rounded preps all around. Happily, we have whole realms of possibilities that makes it pretty easy to accomplish both backups and alternatives.

Outdoor pursuits may have a lion’s share to offer, but we can find alternatives and backups pretty much anywhere. Sports of all types, permaculture, the re-purpose/up-cycle/re-use-it crowds, bio-mimicry in urban planning, and emergency response techs, shelters, and CnC cells are particular goldmines for techniques and tools.

History and the rest of the world are also excellent sources to apply to all arms of preparedness, both in terms of things that could derail our primary and backup plans, and coping mechanisms for when “normal” has left the building.