How Do We Prep for Possible Gridlock 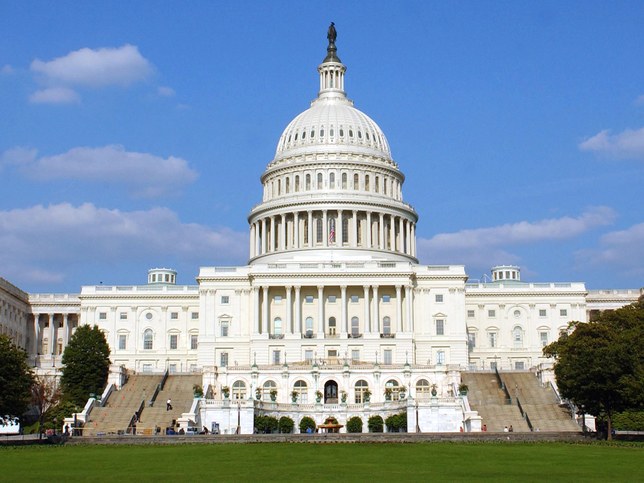 Seriously, as preppers how do we prepare for government gridlock? While I need to set the stage this post is ultimately about some steps we can take as preppers as to how to cushion the impact from the ramping up of the blind hate that has defined our media and our government this past decade. It contains some suggestions as to how we might shield our self’s from the actions of the irresponsible that can so profoundly affect every aspect of our lives. How do we insulate our self’s from the actions of others that are intended to obstruct business as usual?

Stories abound that the incoming House of Representatives leadership already has eighty-five (85) subpoenas “in the wings” for the Executive Branch, due to be unleashed this week. The singular clear intent being obstruction with the intent of impeachment. The period they are looking to some dozen years ago, when this President was a Democrat, fails to registered on their closed minds. The incoming Attorney General of the State of New York has gone public that her office will investigate “everything Trump” as one of her priorities. In the formerly Free United States of America the Depart of Justice would never stand for this. But that ended a dozen years ago.

In both Venezuela and Crete the governments sized the bank accounts of corporations, private citizens and raided banks in search of assets from debtors. In these cases fiscal assets were gone with the stroke of a bureaucrats pen and backed up by an armed police against an unarmed citizenry. Could it happen here? We all still think no, not here, and we may be right, as long as the original checks and balances are in place and protected. But with the Justice Department running open-loop for the past 10 years, and now a majority in the lower House that has only an ax to grind as an agenda for 2019 and beyond, as preppers what steps should we consider?

Physical assets such as gold, silver and currency being three-dimensional physical objects suddenly boil to the top of any discussion on securing your financial assets in the event of any seizure, any significant “disturbance in the force” to quote Star Wars. As preppers we have known this for awhile, and have discussed in detail other “after” commodities like medical supplies, food, and everything the ATF exists to control. And these may indeed become traded currencies in a world turned upside down, but the point here is how do we prepare for this which has not happened but just might and might inch its way in as opposed to suddenly dropping in our laps?

Do what we have been doing in building store and assets. Of course, but maybe we look into a little more cash and precious metals over the next 3-6 month as more important than additional food stocks and ammunition. (Never thought I would put those words together.)

And we can no longer have a discussion about monies without taking into consideration the crypto-currencies, which had a tough year in 2018. While there are “hard wallets” for crypto-currencies, places to store your “keys” and secure them from hacking, or sanctioned confiscation, they are still non-dimensional and therefore of little value in a SHTF or TEOTWAWKI scenario, and I would suggest a little immature still to count them in the short term. If their is upheaval the Internet will be one of the first victims, block chains will be gone and then what. 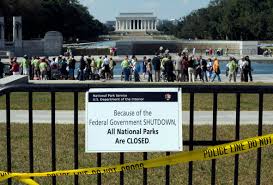 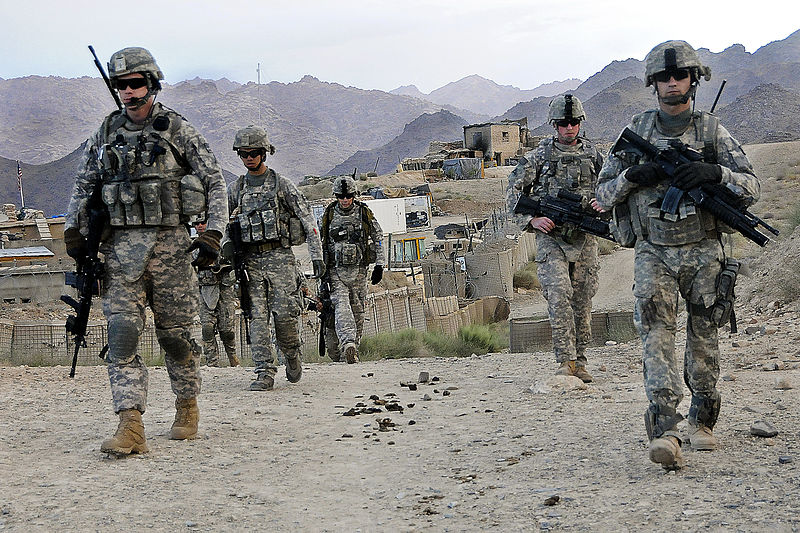 This is where we need to really focus. If we are faced with government gridlock, with no action from government, what are the downsides? Libertarians may actually rejoice.

The military will still operate, as will most government services having to do with security, with border security being a big unknown. FEMA and other emergency services should not be touched, as they are political suicide for either party to try and affect negatively. Mostly inaccurate weather information will continue to be dispensed to your local TV stations, social programs will remain their own sacred cows, the grids should not fail, and the pseudo-government Postal Service will get those credit card bills from Christmas to you eventually. Our normal principled prepping should provide us the safety net we seek however, paying attention to the nuances that slip out from the government occasionally would be a wise use of ones time.

The likelihood that the ACA will continue to cripple our ability to actually obtain affordable healthcare is something to consider. It remains an oppressive financial obligation on working families and little if anything can be expected to change so preppers should look into alternative medicines, focusing more on healthy habits in nutrition, exercise and all the other things our doctors always harp about. It may be time to listen to them more. To actually set some goals (it is New Years after all) and make it a family project to hold each other accountable for them. A little more focus here is a good thing no matter what.

You no longer want hear about it and I no longer want to speak of it. I could go on ad nauseam but preppers know full well what is at stake here and what the real issues are. It is truly sad that we are forced to continue to observe this political theater. It is a never-ending story that has a straight-forward closing act yet no one will finally step up and pull the trigger. 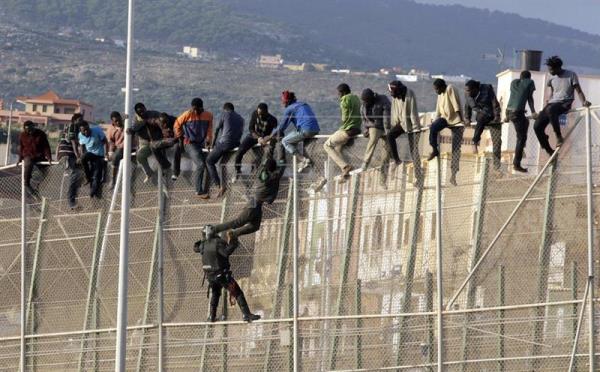 It isn’t like the current President hasn’t tried, but the swamp is indeed deep and entrenched and its tentacles spread to every state and every court in the land. Those of us in border states see this daily. Our options, prayer and keeping our powder dry, it worked a few hundred years ago.

Yes, I consider the Media a government service, but just of one side of the government. The only thing I am not sure of is which one controls the other. I could go on again ad nauseam but that is not why we are here. As preppers we need to do more that google for information, we need to find some credible sources and even then we need to pick apart the content. No media outlet is every going to be harshly critical of anyone who might purchase its advertising services, be it what ever medium, print, web, TV or radio, so analyze everything and be skeptical. 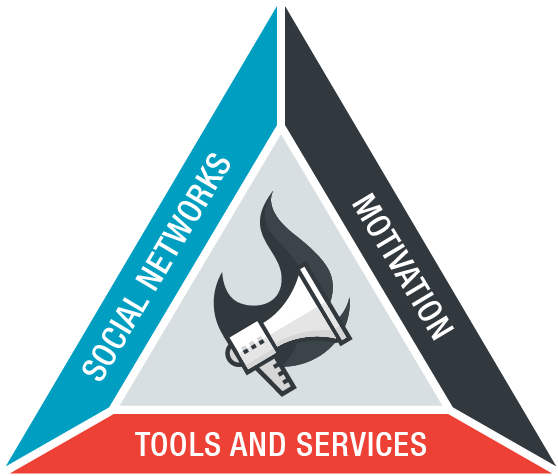 A better solution may be to simply turn the devices off and focus on those in your circle of friends and family. That may be the best medicine for your mental health and your chances of getting restful and beneficial sleep as well. One other suggestion is to share with like minded people your observations, as opposed to the cat videos on FaceBook or other social media platforms. Look into MeWe as a social media alternative to FaceBook, but always remember the words of those who have held high-level government security clearances – if you want to keep something a secret NEVER say it into a phone or type it on a keyboard/keypad.

A majority of preppers are accustomed to not waiting for the government to solve our problems, rescue us, feed us and our families. We are better prepared for what may come than most already. Life really does not end when the internet goes down, if you can teach your teenagers this then you are doing parenting right.

Perhaps we review the possible deviations more frequently as these next 3-6 months play out.

I have to admit that I have had, for more than six (6) months, a guest contribution on spanking and how it can be cathartic for children. It is well written and has a lot of excellent references. The new “social delicacies” have kept it in my files. While I may not publish it I will admit that the option of introducing our elected representatives to corporal punishment always brings a smile to my face.

Beginning a New Year is a good time for a prepper to review one’s current preparations & then set goals & projects for the year. My wife & I have discussed several new projects, one of which is expanding the garden. & thank you, Wild Bill, for offering some timely ideas here as well. Best wishes for a blessed, safe, & meaningful new year to the Prepper Journal gang!

I got chased out of California by the illegals. Napa became a third world town with MS-13 shooting the place up. I escaped to the family farm in the midwest and my friends back in California said I got out when the getting was good. It just gave me the creeps having rapes in the neighborhood and the newspaper never reporting them. The cops would not arrest them when ever they ran into me. It was a mess. With eVerify we could slow it down. Add not allowing B of A to open up bank accounts for them and transfer… Read more »

Nice article! A good read. …but, don’t use “spell check”. Have a human read before submitting.