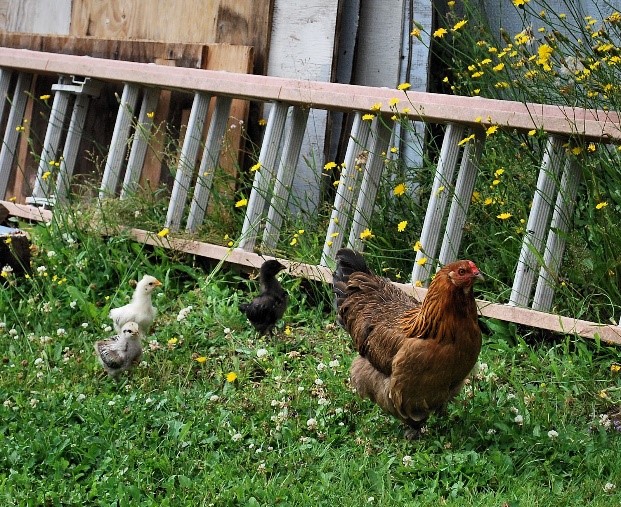 The faithful chicken is a common choice for preppers and homesteaders. Once the bird bug bites, talk regularly turns to breeding and natural rearing, the dual frustrations that can be a broody bird, and the back-and-forth debate about whether we’ve “bred out broodiness”.

The genetics we choose – and allow – is important. Our husbandry practices, common wants from birds, and changing society has affected poultry’s traits, some of which would have immediately gotten birds a glass-jar coop even in pretty recent decades. 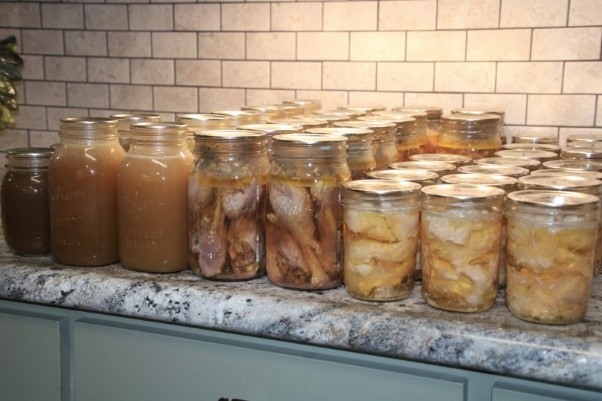 One of those now-inherited traits is clutch abandonment by the fake-broody bird. There’s also an age factor that affects our livestock’s brood-rearing reputations, none so much as chickens. In other cases, we set our birds up for failure with their brooder boxes and our keeper practices.

Understanding the genetic selection and dynamics at play will help increase our successes as we move into breeding our birds.

Standard reminder: I don’t actually like chickens (but do fully appreciate their well-earned place in the backyard and big-spread production). I have no problem whatsoever buying that particular species butcher-paper blankets for trips to Polar Camp. However, they are living creatures that deserve respectful treatment in life and death. Know what you’re getting into with multiple-source research, start small-scale to avoid overpopulation problems if you can’t actually kill and butcher something you raised, and be prepared to put ill and injured animals out of their misery rather than prolonging their suffering for hours, days, and weeks.

A broody hen is one that’s ready to sit a nest. Some hens want nothing else from an early age, but mostly it’s mature hens and typically the desire peaks and ebbs by breed, season and individual. 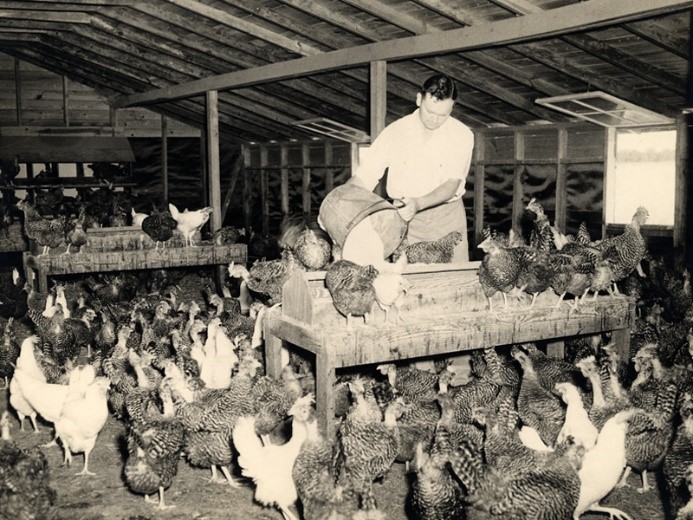 We’ve repeatedly selected even dual-purpose homestead and long-storied heritage breeds for a focus on laying, not necessarily raising young. It makes sense if you think about it, backyards to big operations, now and all the way back in history.

“A chicken in every pot” was a promise of prosperity, not sustenance. We eat way, way more chicken meat in the last 5-6 decades than ever before. Worldwide, it’s always been eggs that make our chickens such effective, efficient livestock.

For most of modern history, keepers big and small have only needed a small fraction of hens to raise chicks for some meat-grow-outs and adding young-blood laying rates to the flock.

We don’t want all of them to stubbornly insist on raising a family.

While that hen raises her clutch, we’re losing her productivity for a month – up to a quarter or third of the year if she’s inclined to keep nannying for 12+ weeks. Hens also regularly lose some condition while they’re sitting and-or throughout the span they’re raising a clutch. Recovery time adds to lost egg production.

Mail-order chicks and affordable incubators and brooders mean we don’t even need a hen to raise new birds now. That makes a broody-prone hen even less desirable for many.

However, due to laying drop-offs of 10-15% per year, many keepers *ahem* transition their laying hens after the second or third production year. So the average age of most birds out there is pretty young. That skews some of the general expectations, like broodiness.

Even allowing for altered averages, there’s still a hefty percentage of hens that betray just how much we’ve affected broodiness in our chickens. 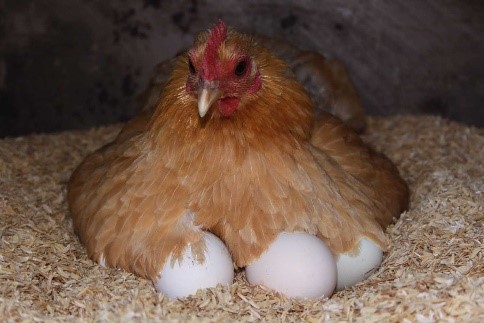 If you have 10-20 hens 3+ years old, at some point 2-5 if not 8-12 of them are probably going to cost you either eggs or aggravation with fake-outs or schitzo-sitting.

That’s a pretty huge failure rate. We wouldn’t accept it for ammo, canning-jar lids, batteries, milking teats/animals, emails, garden plants, or tires. Our great-greats and grandparents wouldn’t have accepted it from hens. But we just shrug it off now, far too commonly.

So what are they, exactly?

Faking is when a hen starts accruing her eggs and then breaks off, abandoning the partial clutch. It’s also when, after she’s counted and is pleased with her number after she starts to actively sit without further laying, she abandons the clutch part way through incubation.

She’s signaled that she’s broody, but she’s not really.

(Days Five and Twelve are way better than the Steel-Tent-bound hen that gets to Day Seventeen-Eighteen before changing her mind about motherhood.)

Maybe she just isn’t actually ready (first 1-2 times, a young hen 9-months to 2-3 years old) and will come around in time. Maybe she had good cause. Mostly, though, she’s faking, and we’re losing days/weeks of her production and possibly that clutch because of it.

*Older birds aren’t making an egg every 24-36 hours like when they were young. Aging hens also take “weekends/holidays” (temporary breaks in laying), longer and more frequently as they go. That’s not faking or schitzo. That’s just bodily function slowing, just like us. Make sure she’s not being wrongfully accused, but also crunch her feed-waste-destruction versus her value – including potential broodiness.

Especially for smaller flocks, fakers need to be discounted when they show the broody cues. If she’s young, sure, give it 1-2 years and let her try again if you like, but if it’s a 4-6 y/o, persistent, and insistent … the Big Steel Tent isn’t unreasonable.

Then there’s the hen that seems to be sitting her clutch with dedication, but somewhere in there, she’s heading off for normal daily activities, nest ignored for hours or even days at a time.

If she’s pushing stubborn broody behavior for 5-14 days, takes her vacay, then pulls the broody card again, and again, or defends her box but leaves it for hours or the day, Schitzo Sitter needs a glass-jar coop.

Fakers and schitzo’s regularly aren’t worth it in normal “today” soft times.

Unless you’re mid-crisis, down to just a few hens, and need every egg and chance to make more birds that you can get (weighed against providing litter and feed/forage for repeat freeloaders), fakers and schizos are even less worth the aggravations *later*.

We for sure don’t want to keep their eggs for the next generation, further perpetuating that failure rate. 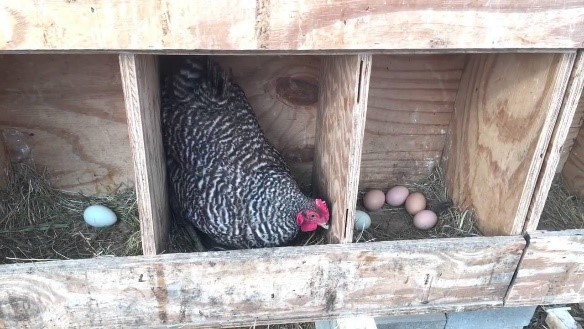 There’s some chance a hen had a good reason to abandon her partial or full clutch. Once she’s sitting in a box 24/7, a canny hen might have started seeing something (activity, a previously unnoticed drip, drafts) that she didn’t while she was popping in and out, and is cutting her losses early. Usually, it’s one of four things if she’s not a faker.

*Even if she’s going to be a surrogate, don’t bug her daily. Match her laying cycle when adding eggs. We can maintain interaction by delivering goodies (while the layers are elsewhere or distracted – chickens are smart and vicious). 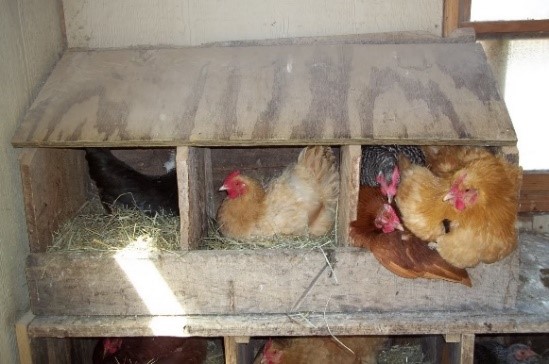 2- Insufficient laying boxes or a popular/preferred laying box, with other hens forcing in to lay.

*It’s the very rare hen that can manage a full incubation cycle on an active community laying box; she’ll almost 100% need a nursery/brooding pen for the chicks if she does.

3 – Even with sufficient boxes, a more-dominant broody-prone bird may be harassing her, trying to take the clutch for herself.

4 – By the time you have 10-20 hens, chances are good that one of them is a broomstick-riding … Uhm, Character. The Character doesn’t even want the clutch or box. She’s just being a Character.

In my world, it’s the problem bird that visits lovely Camp Kettle.

If a bird is abandoning partial or full clutches, she’s usually a faker. However, relocating and immediately resuming laying with broody cues intact is also a warning sign about box activity/placements, wanna-mothers, or Characters, so we have to do some watching.

We haven’t completely bred broodiness out of chickens, but we have selected for less of it, especially from high-production breeds.

From backyards to big operations, we also aren’t removing some of the birds/traits from the gene pool. Allowing behaviors that wouldn’t have been tolerated in a Renaissance through 1950s farmhouse also changes the capability of our birds, with dedicated, reliable broodiness high on the list of affected traits.

Average age may skew a breed’s broodiness rating, but use general breed reviews to set your expectations. It’ll get you pretty close. 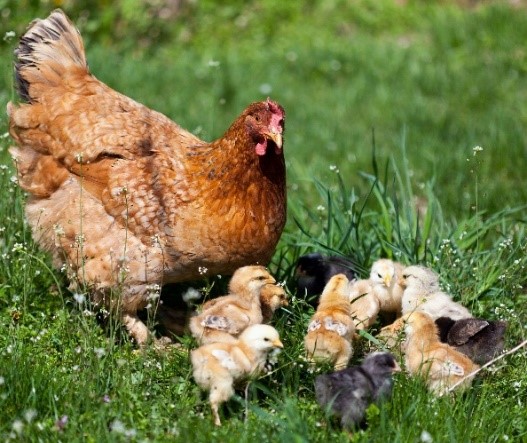 If you want hens laying and sitting lots of nests to raise out for meat, “high/yes, very broody prone” works.

If you’re mostly after the eggs and maybe a replacement clutch or two every so often, “high” is likely to be a problem.

“High” also tends to mean you’re going to be dealing with cranky hens less willing to quietly let you take their eggs, more likely to find places other than the box to lay, and more likely to get huffy with each other.

“Low/not prone” is not always the answer, though. It’s really not the answer if you’re only going to have one breed and <3-5 keeper hens per person/dog. 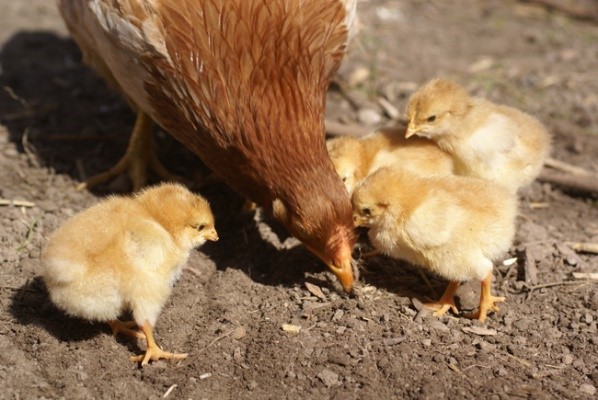 Mostly, if you’re mostly looking for eggs but you do want hens to periodically raise a clutch or serve as a surrogate, aim for the middle-road “occasional”-average listings.

Many sources only give a yes-no broodiness rating, so read the reviews and consider contacting the suppliers to ask for recommendations.

There are a ton of aspects that go into breeding and flocks, some of which you can find here.

Make sure reliable broodiness is one of the factors that gets weighed when picking breeds, as well as for deciding which hens to keep or kettle.