How to Choose the Best AR 15 Optics for Hunting 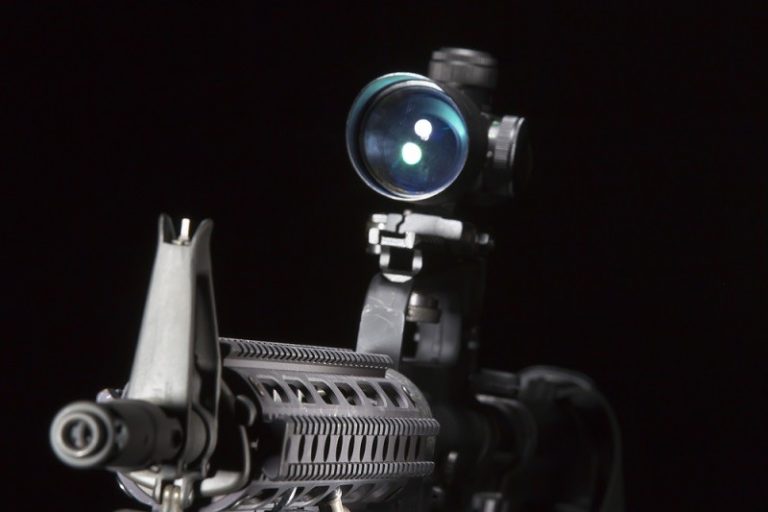 Editors Note: A guest contribution from Brandon to The Prepper Journal. With the unending assault on the 200 million privately owned firearms in the United States and the revisionists view of our 2A rights being crucified in the media, I thought this timely as well as informative. The information below assumes a properly sighted in weapon as the base platform. As always, if you have information for Preppers that you would like to share and be entered into the Prepper Writing Contest with a chance to win one of three Amazon Gift Cards  with the top prize being a $300 card to purchase your own prepping supplies, then enter today!

Choosing the best optic for hunting with an AR 15 can be difficult depending on the ranges, terrain, and game you’re hunting. Here’s how to choose the right optic.

As more hunters choose to use AR 15 pattern rifles when it comes time for opening day, they are struck with important decision. Because the AR 15 was designed to use just about any optic that would fit on his top rail, hunters must decide which one is best.

How to Choose Hunting Optics for AR-15 ? 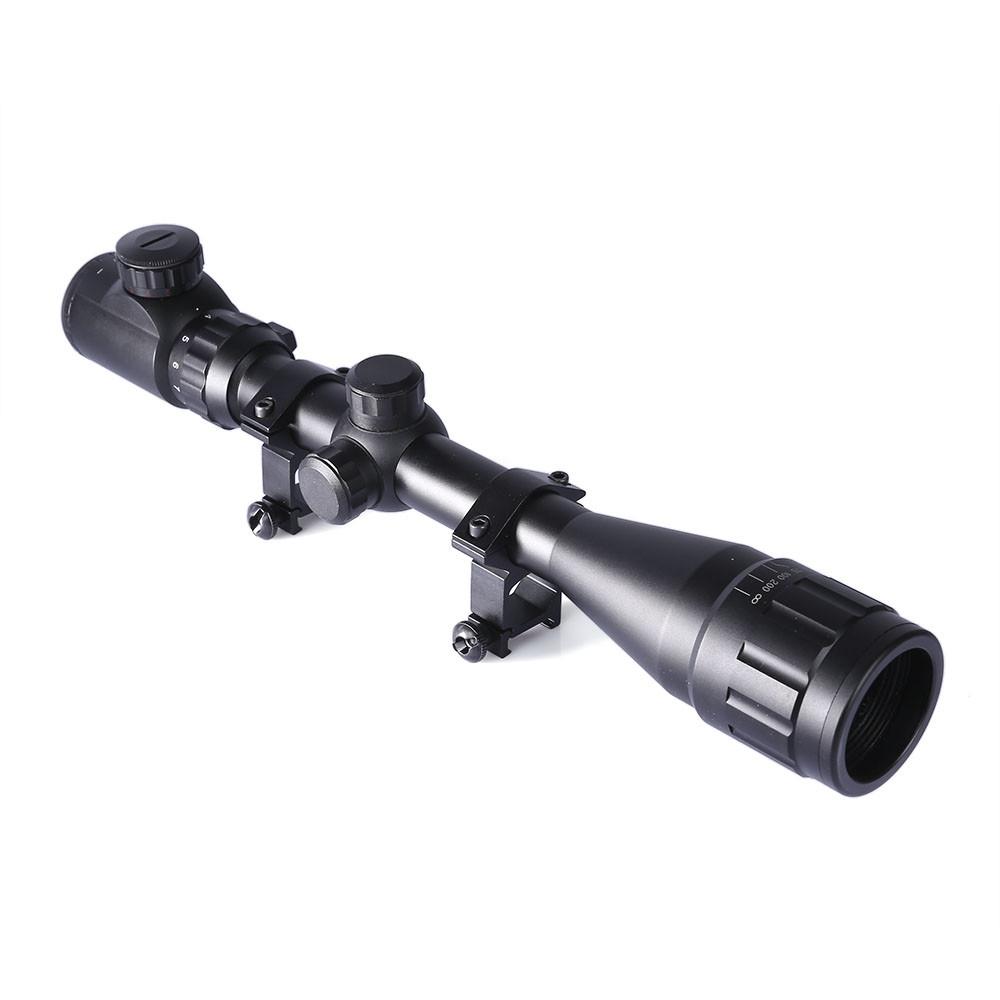 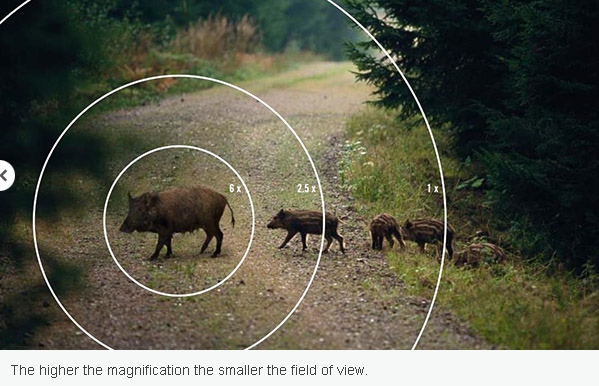 Magnified optics, also called scopes, simplify the aiming process by replacing the front and rear sight of a rifle with a set of crosshairs. They almost always add magnification to the equation as well. That magnification is normally the attraction that many people buy them for.

Having a telescopic, magnified optic in the field allows you to dial in the amount of power you need to view targets at extended ranges. It allows you to stretch out your rifle to the very edge of your cartridges ballistic potential, or your marksmanship ability.

It’s important to remember however, scopes do not help you shoot better and they are far from point and shoot affairs. Magnified optics allow you to see the target better, they don’t fix poor marksmanship habits. Magnified optics will not fix a bad trigger squeeze or even poor sight alignment.

All scopes suffer from parallax error. This is when you view the scope add an improper distance or improper angle. If you’ve ever looked through a scope and seen a black donut shape instead of cross-hairs, you know exactly what this is.

Many hunters are starting to realize that they don’t need as much magnification as they think and are flocking towards light and trim scopes that are easy to carry in the field. Depending on how much magnification you need, you may benefit from using a zero-magnification red dot. 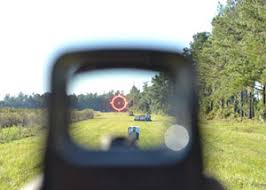 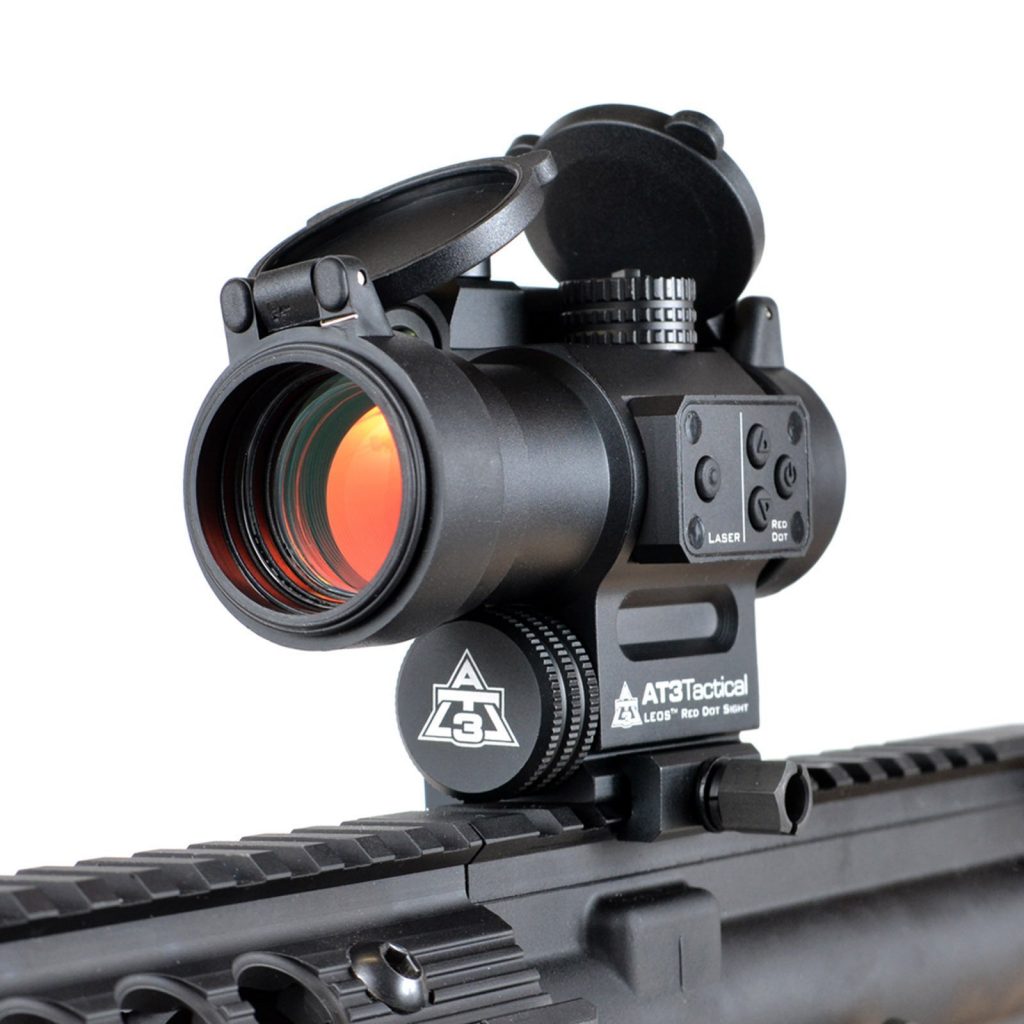 When you mount a red dot on a rifle you are grossly simplifying the aiming process. Wherever the red dot is pointing when the trigger breaks, the bullet is going to hit. This is why they are so popular among competition shooters and militaries. They absolutely dominate shooting at moving targets and shooting in low light.

Under stressful situations, red dot optics are the king of marksmanship. Their main downside, however, is their lack of magnification. Once you add magnification to red dot optic you lose its point and shoot capability. Scopes must be properly aligned with your eye to work, just like iron sights.

That loss in magnification can lead to a loss in field precision because of nerves, weather conditions, or just poor marksmanship. If you have a new hunter or looking for an optic that is conducive for fast shooting at moderate distances nothing beats a red dot.

AR 15’s are particularly well-suited to situations where you will be hunting in heavy brush, or shooting at multiple targets. Hog hunting is a perfect example. Hog hunting typically takes place in swampy, thick brush areas where large rifles with large magnified optics can be as severe hindrance.

A slim and trim an AR 15 with a red dot is perfectly suited to taking out multiple hogs that are tearing up a food plot or decimating a garden. Same goes for groundhogs, multiple targets in a confined area. However, if you are going to be hunting groundhogs you’ll most likely be further away than if you are hunting hogs, most varmint hunters using AR 15s want a magnified optic.

Deer hunting with AR 15 is a touchy subject at best, and many hunters will find themselves in a wide variety of scenarios while hunting. While 99% of deer are taken within 300 yards, a range where red dot would be fine, many hunters would prefer a magnified optic if they were hunting a tree stand over been field. Most often it comes down to the terrain and ranges you will be hunting.

Along with the ranges and terrain that you are going to be hunting in, the game animal that you are hunting for is going to affect the type of optic you use on your AR 15 for hunting. Hog hunting, which typically takes place at ranges well within 100 yards, is not somewhere where you would need high magnification. Both because of the ranges, and the game you’re hunting.

However, hunting groundhogs typically happens within 200 yards, well within the distance you could use a red dot, but the game that you are hunting is much smaller. AR 15’s are particularly well-suited for hunting groundhogs and ground squirrels but need a magnified optic to really take advantage of their strengths because the game animal is tiny.

Take into account not only the ranges and drainage will be hunting in but also the size of the game and the precision needed. The further out you plan to hunt, the more precision you need for an ethical kill and the greater chance you’ll need magnification. 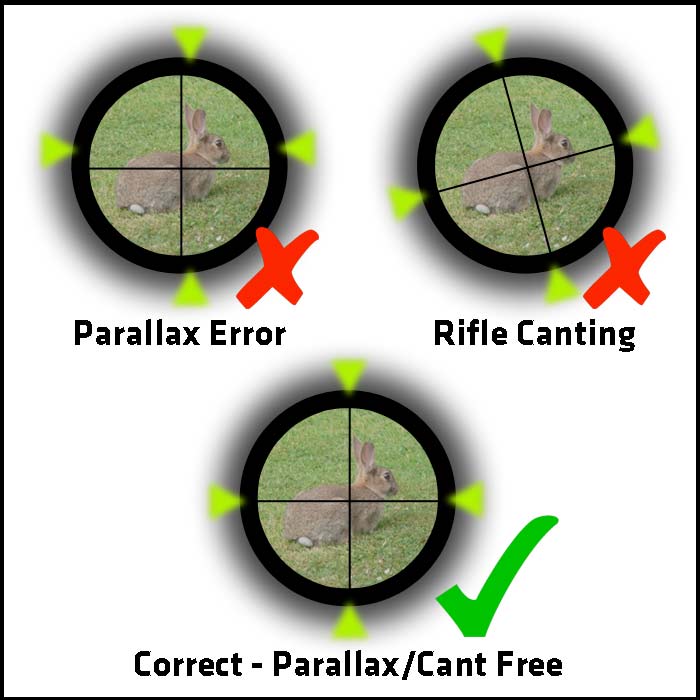 At the end of the day, the best optic for an AR 15 is the one that you choose to hunt with. The AR 15 makes a fine sporting rifle provided you chosen the correct caliber for the game that you are hunting. Having an optic on your upper receiver makes shooting easier and your rifle more effective regardless of the type you choose.

Whichever one you choose to hunt with, red dots or magnified scopes, remember to know it like the back of your hand well in advance of opening day. You don’t want to be known as the guy who missed his deer because he had to change his scope the night before the big hunt.

One option to blur the distinction between a scope and a red dot is a “magnifier”. This is a small scope located in front of the red dot, which you swing away to use the red dot by itself, and swing back to give magnification to the red dot. I have not tried them yet, but if I was going to hunt with an AR, I would check one out to see how well it would serve in both modes. Another option is “45 degree” iron sites. These stick out sideways, so they don’t interfere with a scope at all,… Read more »

I have mechanical sights mounted on a 45 degree rail on one of my AR’s, sighted in for 50 yards to pick up targets more quickly in the shorter range. I learned to do this eons ago when I had to use an M14 in basic training in the army and the bullet path of that weapon is actually almost 12″ low at 25 yards, making it easy to miss close in targets without a lot of practice. Tilting and aiming take some practice.

You are getting awful cute with this AR build. All that metal and glass adds weight to something you get to carry day and night. DIal all this back, and go with a Trijicon MRO with 1/3 co-witness. I can flip up my rear sight, and look through the bottom third of the MRO. It works well, doesn’t get cute or fancy, and is zero-able with both iron and glass mounted

Pretty sure we are talking about the same thing. Co-witness, from my understanding is the ability to see the iron sights through the reflex type sights. Pretty much a non-starter with magnified scopes, and reflex ‘magnifiers’, as iron sights mount at roughly the same point on the rail. Also, if my original comment sounded harsh, it was my bad translation. WHile I like the “gee-whiz” stuff as much as anyone, I realized at some point that all the cool stuff added a lot of weight, and often upset the natural balance of the base rifle. Since, I have gone fairly… Read more »

I like red dots. Aimpoints in particular. Great accuracy out to 300 yards. However the rage in AR-15 optics is now the 1-4,6,8 power optics. They have illuminated reticles, which act like a red dot providing speed at close ranges. They have the ability to switch from 1 power up to 8 power, Rather quickly. Providing magnifaction at range. You can even get cat tails or throw levers to make the magnification go from 1-8 in less than a second. Some even have ranging and lead built in the reticles. An optic of this type will be the next optic… Read more »

Very good article! I have been looking for a scope for quite some time now (I have a red dot sight, but I to challenge myself and try a scope for my AR15!

Daniel, I have an optic you might love. Nikon P223 4x fixed power scope. Its compact size kept weight down, was easy to zero, and provided just a bit more mag that really helped these aging eyes find the target.

The mag should be just about perfect for a standard AR build, as well as a .300 BLK build, which is generally regarded as a solid round out to 300 yards.

First of all, Thanks for such a great article about how to choose Best AR15 scopes available on Today’s Market. Your article helped me to pick the right one.

A good article, it gives me a great experience with the Ar-15
Thank so much

What can you hunt with a 17 hmr Although making a perfect shot is not a game for everyone but if you have a good rifle with a compatible cartridge, that will work wonders with your skills and would make hunting a quick job for you. Here we have a 17 Hornady Magnum Rimfire, also known as 17 hmr which is a very famous and trusted rimfire rifle cartridge among its valued users and is used mainly for small game mid-range hunting which is usually for beginners for training purposes and varmint hunting which is more professional hunting of vermin… Read more »