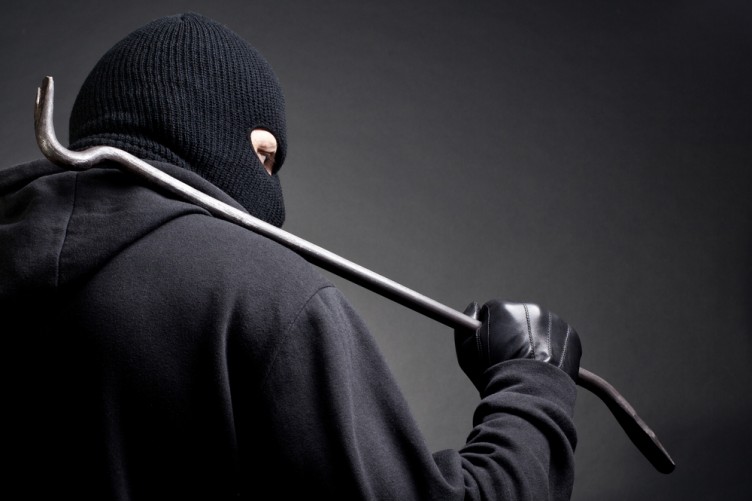 Editors Note: A guest post from JD to The Prepper Journal. As always, if you have information for Preppers that you would like to share and possibly receive a $25 cash award as well as be entered into the Prepper Writing Contest with a chance to win one of three Amazon Gift Cards  with the top prize being a $300 card to purchase your own prepping supplies, enter today!

I do not condone breaking and entering or burglary of any sort. However, in a true SHTF situation, there will be times that you will have to get into, somewhere or something. Having a tool bag with the proper tools can make things easier.

There will be certain times where entering with stealth and leaving no evidence behind will be important. There will also be times where the subtleties of a brick through the window will be the most efficient technique. The situation will dictate the tools. Having the proper tools to accomplish this is no different than picking the right tools for personal and property protection, dehydrating meat, or preparing a garden. Fortunately, there is but one of these tools that any real practice or skill needs to be developed to effectively use. The rest of these tools are deployed with brute strength and caveman technique. These tools are easily bought for relatively inexpensive prices at any Harbor Freight, Northern Tool, hardware store, or even Walmart. With the exception of the lock picks and slim Jim (NOT the sausage), it is also perfectly legal to own all the other tools. Lock picks and slim Jim’s may be regulated in your state, so as usual, check your local laws. 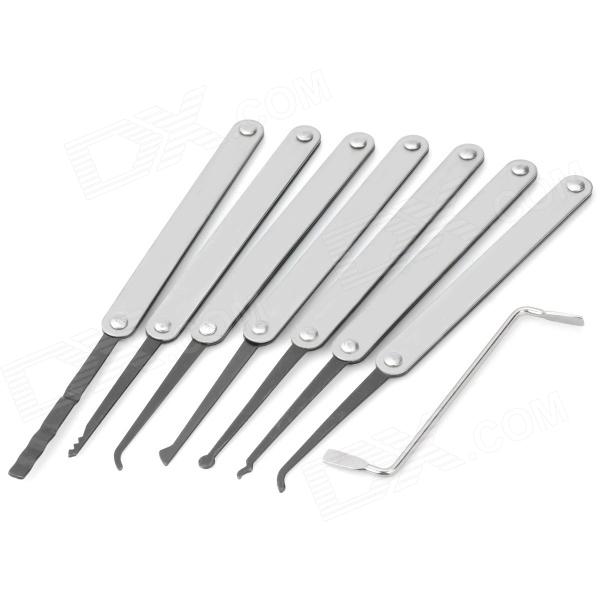 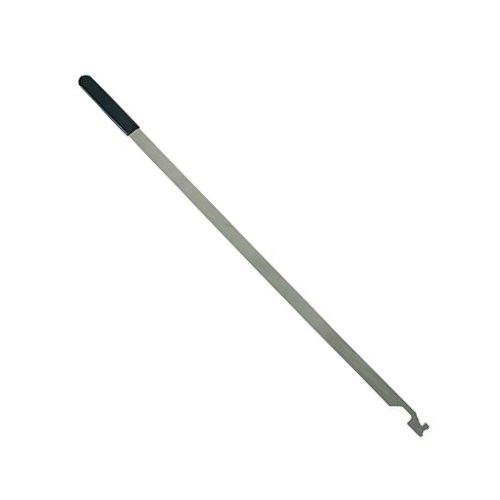 Having a good tool bag to keep all these tools portable, organized and accessible is important. Don’t skimp on a good bag. A good one will be made of a rugged material like a 500 denier nylon cordura, heavy duty stitching so as to support the weight, and a good set of grab handles. The handles should be short so as to easily carry the bag. This isn’t the type of bag you would use a shoulder strap to carry due to the weight. Realistically, this would be a bag that was stored at your bugout location, and when needed, thrown into the vehicle. It is not something you will be carrying around with a bugout pack. 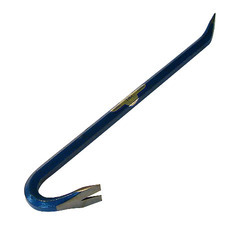 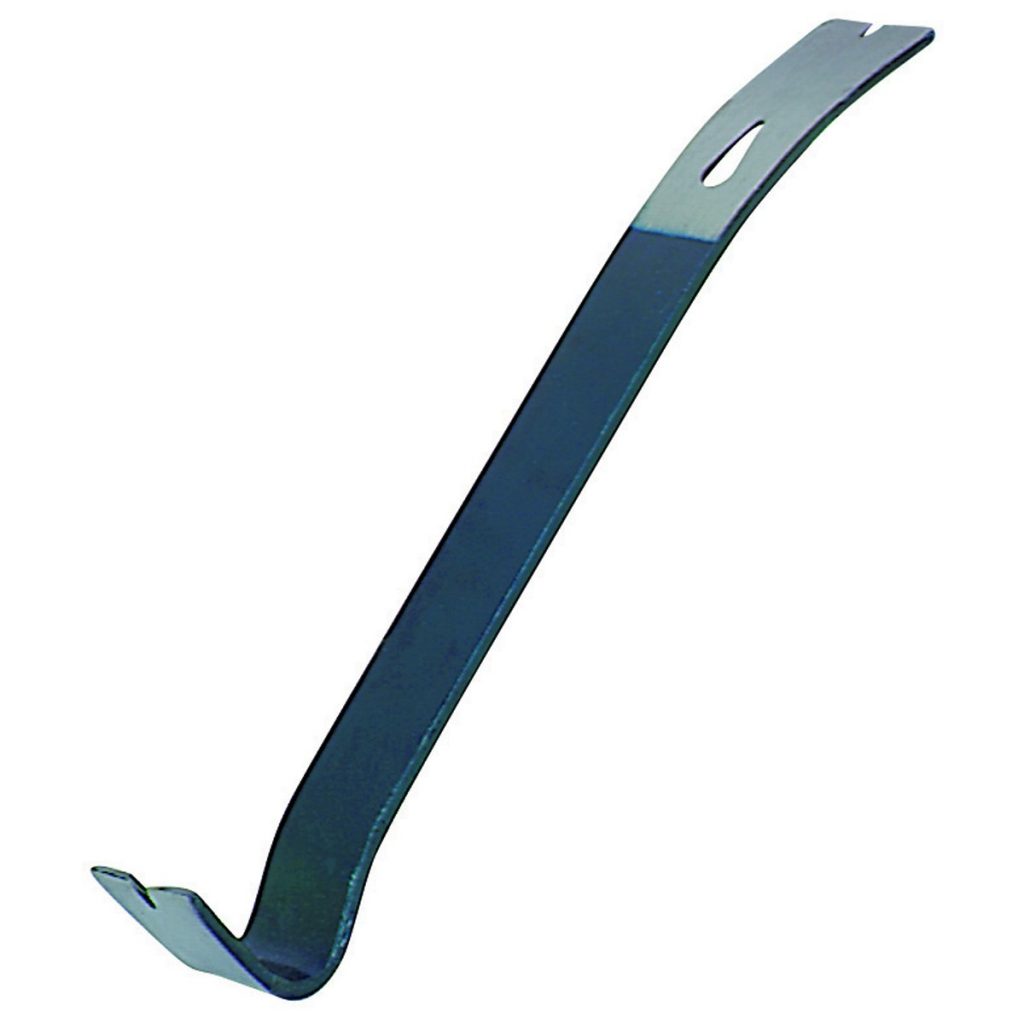 Perhaps the quintessential tool for getting into things is the crowbar. The crowbar, or pry bar, or wreaking bar, is tool with a single curved end and an angled flattened end. Usually with the ends having a notch in them designed to remove nails. Not to be confused with a digging bar. Which some people also refer to as a crowbar. A digging bar is longer, it is straight, and has a chiseled tip to help penetrate the ground. While it could also be used as a lever, it is a much longer and heavier tool, and won’t fit into a bag with everything else. The crowbar is the tool for prying things apart. Doors and windows can usually be pried open with this tool. It also has the benefit of breaking glass. You will find that many of these tools can also be used as a weapon, another added bonus. Crowbars are normally made of a medium type steel. If you want to spend the money, titanium crowbars can be had, which will be significantly lighter in weight than the normal steel one. Stanley Tools makes a more refined version of the basic crowbar called the Fatmax fubar. It not only is a pry bar, but a sledge hammer and has the ability to twist boards of the 2-x variety. 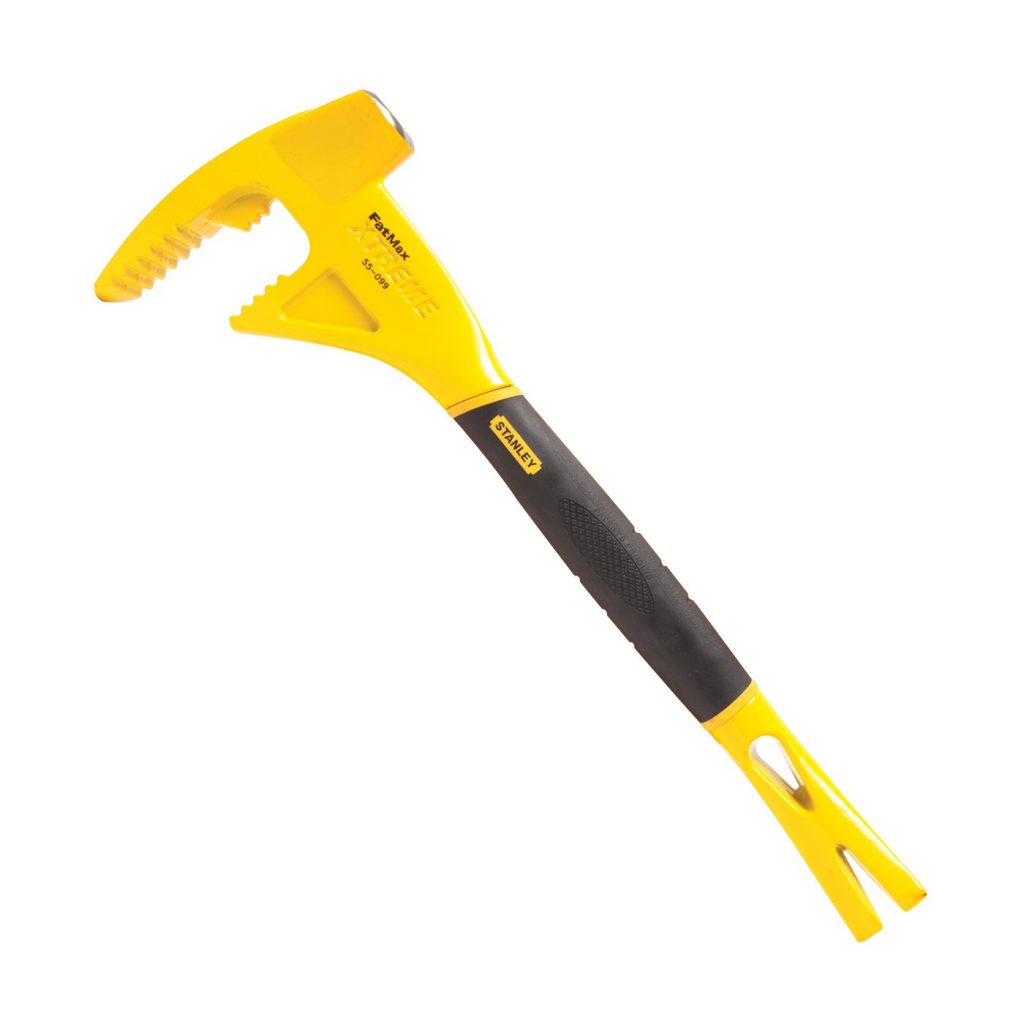 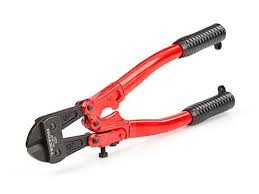 The next must have tool for getting into things would be the bolt cutters. Also known in some circles as, the “keys to the city.” Bolt cutters were originally designed, to cut bolts. They are also really good at cutting other things like padlocks, lock hasps, chain link fencing, chain, etc. They are rated by how hard of material they can cut. There are multiple types of cutting heads also available. We want center cut heads. We aren’t concerned with being able to cut nails flush to a surface. So you won’t need clipper cut, angled cut or shear cut heads. You can get them with different length handles. The longer the handle the heavier the tool if you are buying the steel handle cutters. The longer the handle, the further the reach you have, as well as the ability to apply more torque. The head has a hinge that multiplies the leverage you apply to the handles allowing one to be able to cut through hardened steel like locks. There are also fiberglass handle bolt cutters available, used for cutting energized lines or wires. They also have the benefit of being lighter weight.

The 2-3 pound drilling hammer is another tool I believe belongs in this bag. This is not your typical claw hammer used to drive nails. They’re called drilling hammers because they are used to drive masonry drills. The best ones are made by Estwing because they are one solid piece. Nothing to break. They are short and handy. You could literally hammer your way through a brick wall if you had to. You can also use them in conjunction with your other tools like the crowbar to drive the bit deeper in whatever your prying. The old saying holds true, when in doubt, get a bigger hammer! With some brute strength and one of these drilling hammers, there are a multitude of uses for the prepper. 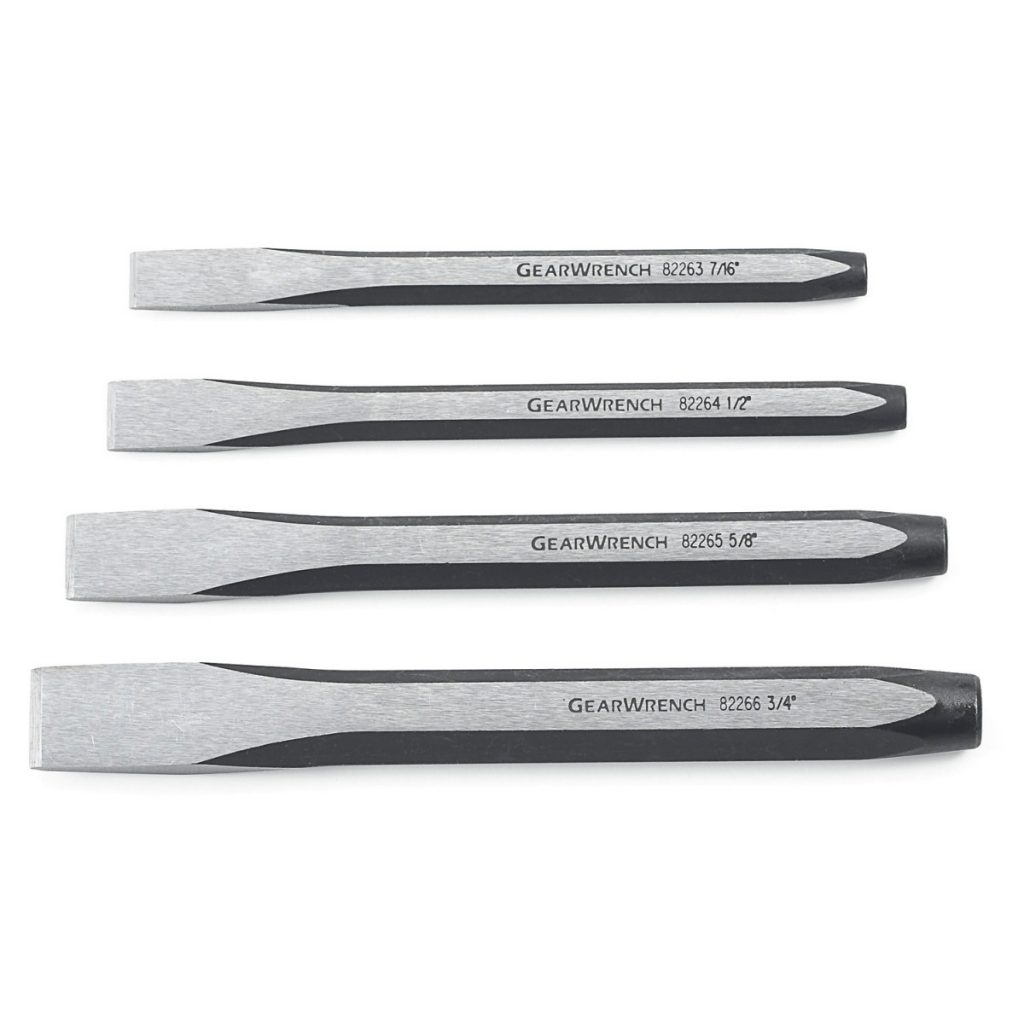 A cold chisel should be in your bag. Cold chisels are made of a hardened steel and have a sharpened edge on one end. The other end is made to be struck with your drilling hammer to be able to cut through steel, or to get behind something so as to pry and or cut. Not only will they cut through metal, but brick, stone, or concrete can be cut using a cold chisel. They can be had in different sizes. Throw a couple in your bag. 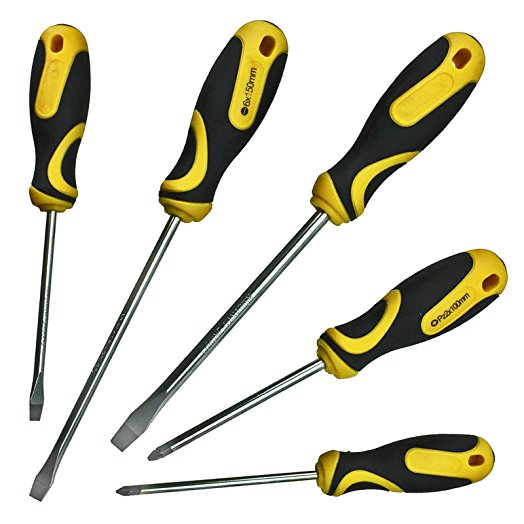 A large slotted screwdriver is one of a burglars favorite tools. They are cheap, can he had anywhere, they are effective at prying open windows and doors, unscrewing exposed screws, and make great last ditch weapons. 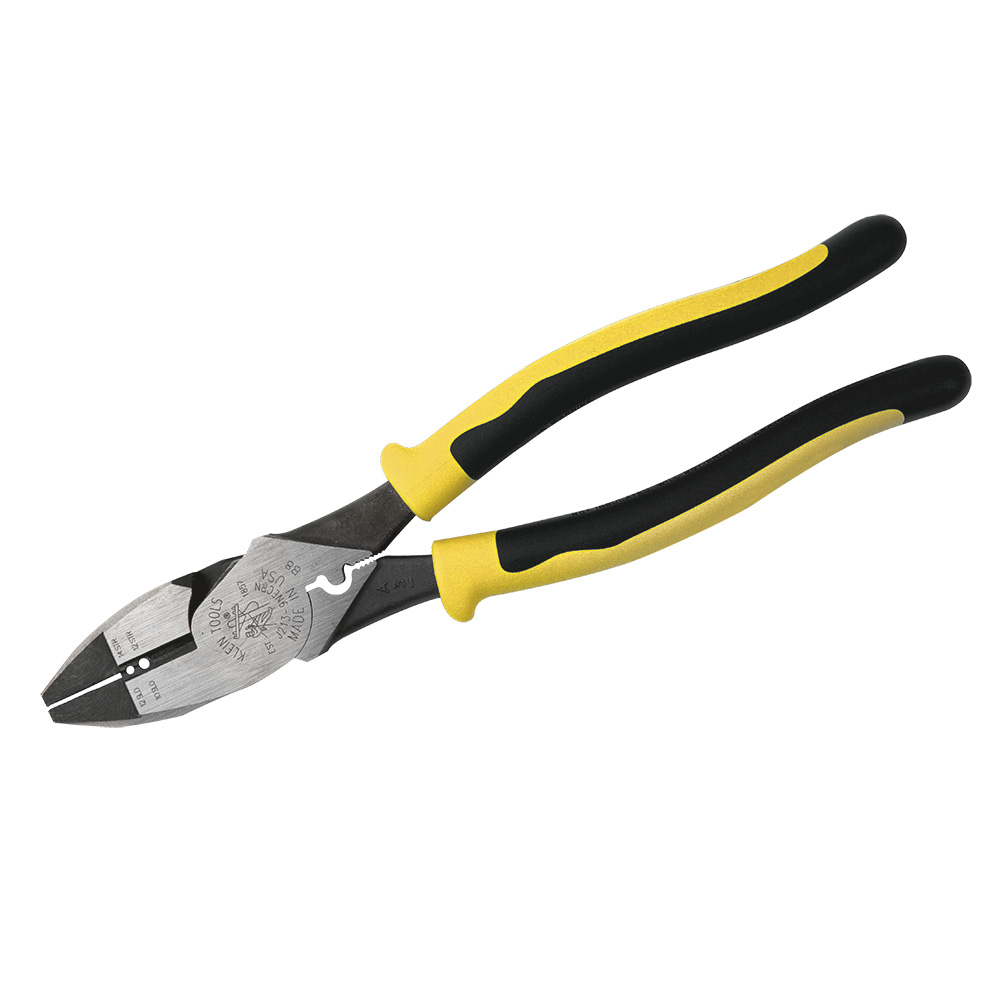 Lock picks are tools that would be used when stealth entry is desired. In some states, the possession of them without a locksmiths license is a crime. Make sure you check local laws before you order them. Lock picking usually consists of two pieces, a tension bar or wrench and the pick. The tension bar provides the torque required to turn the locks cylinder or plug and the pick rakes the tumblers. They are made of a thin flexible steel. Think hacksaw blades. As a matter of fact picks could be made out of hacksaw blades. Generally though, I’m a fan of buying something made by professionals in their field as opposed to garage tinkering. You can buy sets as simple as a 3-5 piece set all the way to 75+ piece comprehensive sets. There are even electric picks powered by battery that will do the raking for you. There are even cylindrical lock, lockpicks. Cylindrical locks are the type of lock that usually are on vending machines, the cheaper metal gun lockers also use these. Like the ones made by Homak or Stack on. These tools will require practice to be able to be used effectively. You should have a basic knowledge of locks and types of locks so as to be able to choose the proper tool for the job. There are lock pick kits you can buy that allow you to practice picking locks in increasing difficulty. SouthOrd is THE place to get lock picks and other such related type gear. Slim Jim’s are basically lock picks for getting into vehicles. In many states they fall under the same types of laws lock picks pertain to. Like lock picks, slim Jim’s will require practice and skill to be used effectively. 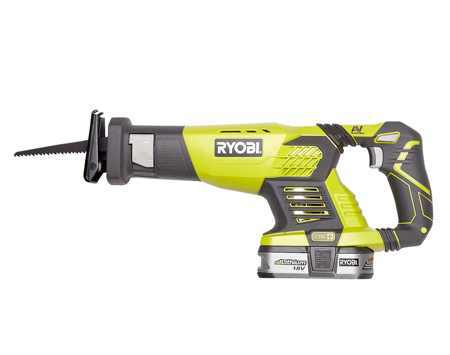 Those are the basics of the hooligan bag that will get people into 99% of structures. Keep in mind we are not talking about defeating vault type doors. The kit can be added to with more specialized tools. A battery powered sawzall with the right blade will cut right through the wall of a house or building. Battery powered hand drills may come in handy. Some folks like center punches for breaking vehicle windows. All valid tools. The thought of breaking and entering may be objectionable to some. But if the S truly hits the fan, there may be supplies that could save you or your family’s lives locked up somewhere. You will have to get to them. What will you do? 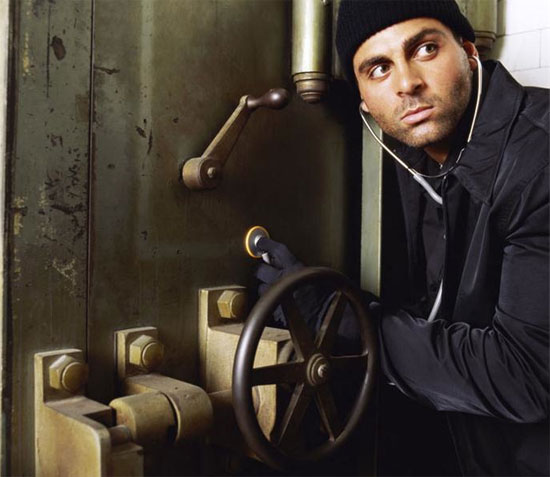 Nice description of these tools. I have most of them, with the exception of the lock picks.

That could always be a potential possibility. If things get to the point where we would have to resort to breaking into structures, the same tactical principles would apply. IE; the structure would have to be under surveillance to determine whether it was occupied. And even then, how long do you wait? It will be situational dependent. If it’s a pharmacy because you need medicine to help someone in your group, it will be more of a hasty mission. If it’s to acquire something of less importance, the longer the recon can be.