Actually a third and fourth and fifth as basic sign language and Morse Code are just assumed to be in your basic preparedness skill set.

There is an old joke about a new Iranian spy who meets up with his controller in a Midwest restaurant and immediately launches into Farsi and the controller reaches across the table and slaps him across the face and yells “You are in America now! Blend in, speak Spanish!”

Americans have always had a well-earned reputation of being less than excellent at any language, even the British still claim we don’t even speak English. But English is taught world wide as the language of “business” and all those people learning know at least one other language as well. When I went to the University of California there was a minimum entrance requirement that you had to have had 2 years of a Foreign Language credit on your high school transcripts and ALL degrees, no matter the school within the University, required 2 years of a Foreign Language at the University, in order to graduate. Sad that this was dropped so many years ago, as the results  were easily predictable.

The richness of English, remember Professor Henry Higgan’s “…in it are captured all the greatest thoughts of man….” is something we are spoiled by, yet there is an efficiency in some languages, like Russian and Spanish, that is to envy. Russian dispensing with the endless “articles” and Spanish economizing by not having 25 different ways to say a simple thing like “danger”. Then there is Chinese with it’s endless dialects and words like “Ma” that have three very different meanings determined by the deflection of the speakers voice, a common thing in languages that were spoken long before they were written. Or Hawaiian, as Hawaii had no written language but adopted the “English” equivalents of the five vowels (Aa, Ee, Ii, Oo, Uu) and eight consonants (Hh, Kk, Ll, Mm, Nn, Pp, Ww, ʻokina). Efficient. Throw in the cumbersome French which stubbornly insist on adopting as few new words as possible, the Scandinavian and African languages which defy logical definition and you have a world full of people, here in the “melting pot” of America, who can talk in front of you without you understanding a word. 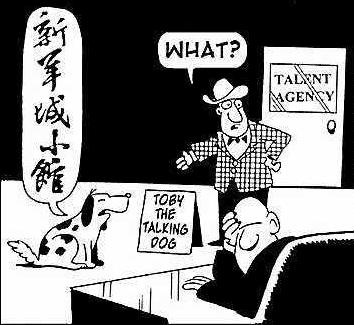 Translate that to being in a SHTF situation and crossing the path of a few armed people with this advantage, who DO understand when you and yours speak English in front of them. There is a value in having the same ability among your family, those you will depend on most. The silence of basic sign language will be invaluable as long as you have eye-contact. I would propose you “adopt” your own variation, like baseball teams do, but with less touching of the genitalia and the elimination of the sign that says “ignore all these foolish gestures and just execute on the next one or the last one or the one I repeat twice in a row…” Unlike baseball you need efficiency. 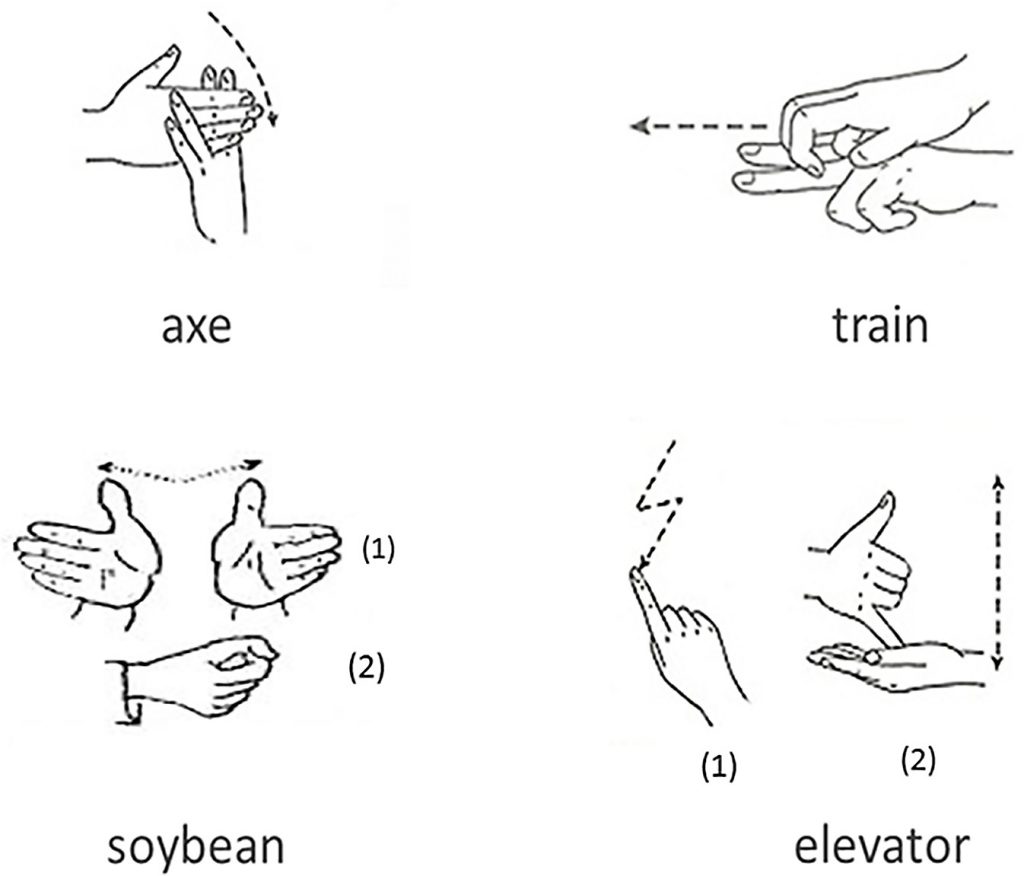 This is not hard to do, though it can get way more complicated than one might think if you overthink it. Approach it like any business problem. Write down the basic set of signals that you need to have ready. For example:

You can see that the challenge is to keep it to as few as possible, and simple signs. There should be one other signal:

It Really Isn’t Too Late

The good news is that can learn, you can learn Spanish, for instance, even if you are not currently in school. No matter what your age or what you do, learning at least some words in a new language is something that is almost necessary in order to be prepared for the ever shrinking world, as well as any threats you may face daily or after the SHTF. I focused on Spanish as it is the worlds second most common language – though China, by sheer population size, could make a valid challenge to that claim. The point is a few simple words, in addition to the silent hand signals, will be of great value…especially if you chose a language less common than most with words simple to pronounce. Obscure as opposed to common is best, the Scandinavian and African languages may actually become of value, well a small subset anyway. 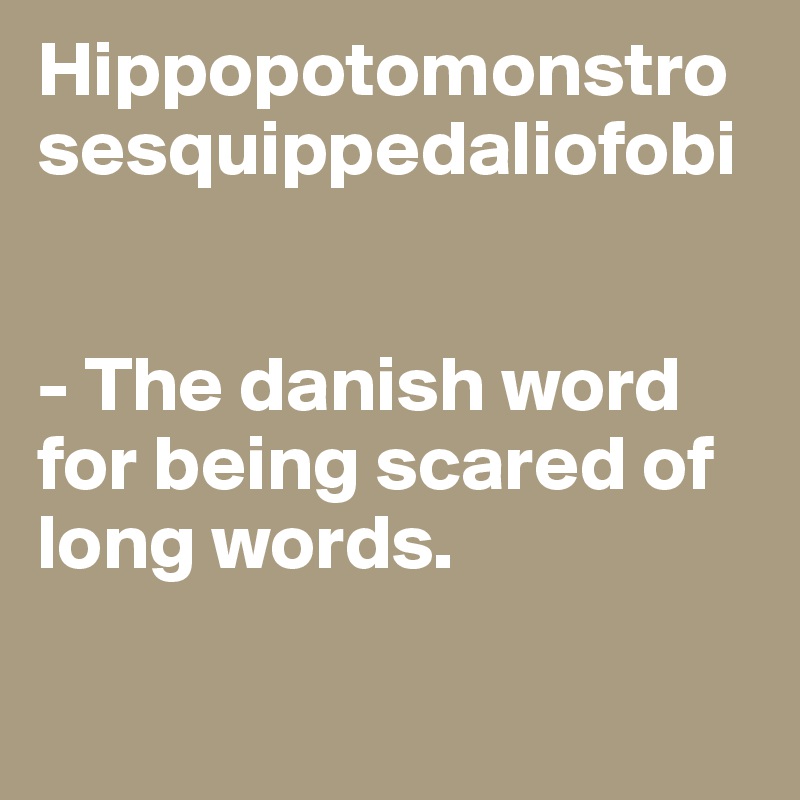 If you do decide to learn more the most important things that you can do is to practice your listening skills. Watch movies, videos, and listen to music in that language. Do not worry about understanding at first, just focus on learning the sound of the language. There are also full immersion courses where you spend a week or two in a Spanish country living with a family that will only speak Spanish. You can do this as well in France but I cringe at the thoughts of what they would feed me at meal times to “bring home” the true meaning of my American destruction of their language.

Finally, a lesson learned from years of international travel is the benefits of learning a second language is you can’t possibly do it without learning the culture. For example, the respect and leeway given elders is inseparable from life for those in India who speak Hindi or Tamil, or again, the Spaniards who’s family structure is NOT to be violated. These help your understanding and your blending when your life may depend on it.

As preppers I suggest one start small and focused and expand based on need and comfort. And practice.

I have thought on this a good bit over the past couple years. Internal sign language has been valuable in warfare for a long time. Consider looking at military sign language (not the right term) for the hand motions soldiers use in combat. It is fairly pronounced in movies like Saving Private Ryan. From my experiences, the sign language was authentic. There are probably old army manuals from the 40s out there somewhere that illustrate. Those manuals were written at a 5th grade level so ALL soldiers could understand. That means you can teach even Cousin Eddie who lives under… Read more »

I like the idea of Latin (except I’d disagree about it being the basis of most modern European languages. I think the Germans, Poles, and Scandies would also disagree. ).

To anyone wanting to learn a new language I strongly recommend DuoLingo. Running the full tree (course) in Duo will give you about 3 college courses for free. Running the reverse* provides even more. As always, it should be supplemented with radio, movies, books, music, etc, in your target language. Video games are actually a solid learning tool as well, provided your language is one commonly translated. If you switch the language over they are not “dubbed” but instead throw you in full immersion style in a very interactive format. *In DuoLingo the course, for example, English -> German is… Read more »

Yes but how much does this ? Duolingo course run ? Saying it gives you ( 3 free college credits is false.! Unless the Duo-Lingo course is free? I’m not being an ass but TRUELY interested! Another even cheaper way is to purchase a dictionary in whatever language you PREFERE though in the language you learn you may get laughed at because you may sound like a kid with “Downs Syndrome” to the ppl your trying to communicate with. I took 1/2 semester of French in HS( spent more time flirting with the girls than learning the ( feminine style… Read more »

I cannot speak to which learning vehicle is the best approach, but I would strongly recommend languages that are valuable NOW, not just later. What I mean, is that learning Spanish as a family will help your kids/grand kids with HS requirements, as well as college entrance requirements, as well as help with potentially every day communications in our diverse society. Latin, while technically a dead language, has origins with both English and Spanish (as well as many more languages), and with its obscurity, can serve as a ‘code’ language AFTER. Military hand communications are simple, and since you can… Read more »

Military hand signs are straight-forward and they available to everyone to see and this is not what I would recommend. You want to be able to communicate without strangers knowing what you are saying or doing.

The intent of learning military sign is/was not intended to be used as coded communications. Its purely a simple sign language for communicating with your group when silence is critical, and when one may not be heard over much louder noises.

Its simply a practical, tactical way of letting people who may not be able to hear you, understand what you see or need.

Latin was the intended code language. Helps your kids/grand kids get into college, and serves dual-purpose with coded communications if something really bad ever happened.

The Millenial Prepper
Reply to  BobW

Wild Bill usually puts out some very good advice but on this one have to side with you BobW. Military/LEO hand signals are great, and the reality is they are known by those who train in them and not those who don’t. The idea that hand signals are somehow standardized across the board are ridiculous. If you look at special units especially in Military/LEO you will see compartmentalized training. This should be done with any group wishing to use these tactics. If the idea is that I could grab anyone off the street and that person would be able to… Read more »