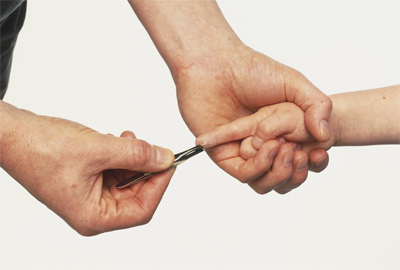 Editors Note: THIS article is from John Hertig. As always, if you have information for Preppers that you would like to share and possibly receive a $25 cash award as well as being entered into the Prepper Writing Contest AND have a chance to win one of three Amazon Gift Cards  with the top prize being a $300 card to purchase your own prepping supplies, enter today. 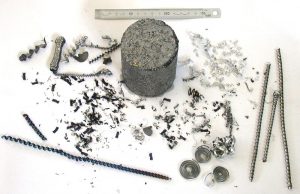 When out in the wilderness (as at home), splinters happen.  This is often from wood for fire or building shelter, or various man-made materials encountered.  In the southwest, we on occasion have close encounters with various spiny plants resulting in a similar condition.  As we all know, splinters are painful when you get them, and while they are embedded, and if not addressed, can work their way deeper and become more of a nuisance.  Removing splinters as soon as practical is the best course of action.  Thus, having splinter removal capability as part of your pocket or at least readily available first aid kit is usually a good idea. 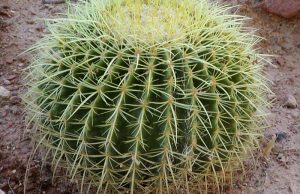 There are many techniques which claim to remove splinters “naturally”, by “drawing it to the surface”.  Do you know how many of these I have tried?  Not one and I don’t currently plan to try any of them.  All sound messy and time consuming, and just a bit mystical.  After all, who would think that a slice of raw potato or the wet inside of an egg shell would coax a splinter out?  These methods do not seem fast enough or definite enough for me.  I’m old school; my methodology is to grab the offender and drag it out kicking and screaming.  It just makes no sense to mess around applying this or that, covering it and then waiting for that sliver to sneak out on its own.  Really, what is the point?  It might be “less painful” than the brute force methods, but come on.  Isn’t getting the splinter, and living with the splinter, more painful than digging it out and being done with it? 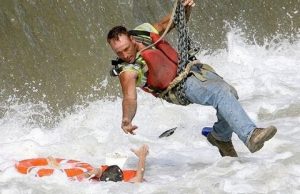 Furthermore, there are “splinters” which are not organic (wood or thorns).  Next most common is strands of wire, but shards of glass or chips of metal or plastic can behave in a splinter-like manner.

There are two such schools of splinter removal:  Tweezers and Needle.  Tweezers (technically “thumb forceps”) are sort of like micro pliers you use to grab onto the splinter and pull.  Needles are a thin pointy tool which you use to impale the splinter and drag it out.  For splinters which have an end sticking out from the skin, tweezers are the most easy and reliable choice.  But if the splinter is below the surface of the skin, there is nothing to grab onto, and the “needle” comes into its own.  You can use an actual (sewing) needle for removing splinters; better is a splinter specific tool often known as a splinter “out”, “liberator”, “remover”, “pick”, “extractor” or “probe”.  The best ones are flat or triangular in cross section, with sharpened edges to help penetrate.  Such a cross section is less likely to slide off the splinter than the smooth round cross section of a needle.  The sharp edges also allow you to cut away surface skin which is covering the end of the splinter if necessary.  This is why one of the names for this tool is “liberator”. 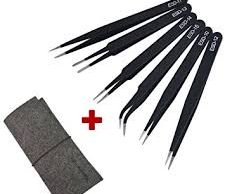 There are an incredible variety of tweezers out there, and most are fairly useless for reliable splinter removal.  Any gripping tool or even fingers will do when there is some of the splinter protruding.  For those small, embedded splinters, the tweezers point must be thin enough to get into a small depression and clamp onto that tiny end of the splinter.  Yet the tips must be strong enough to grasp firmly and not slide off when you go to pull on the splinter.  The tips must be aligned well enough that they meet correctly and the arms must be sturdy enough that the tips don’t slip sideways from each other.  I’ve tried dozens of tweezers and the ones I like best are by Tweezerman.  They are a bit pricy, but are the only ones I’ve found which really do the job.  Their Ingrown Hair/SplinterTweeze has wonderfully fine precision tips.  But every time I’ve got that splinter end grabbed, it always slips free.  A better choice is their Point Tweezerette, which is shorter (easier to pack), a bit wider and something it grabs stays grabbed.  This model does not appear on their website, except as part of a men’s grooming kit, but is readily available from eBay by itself. 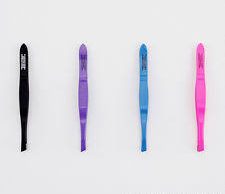 These are available as sterile disposables or permanent instruments.  A top disposable is the Splinter Out and they are readily available, as are other similar products.  On the other hand, finding a permanent liberator can be challenging.  Often, they are paired with a sub-standard pair of tweezers and are fairly crude in quality themselves.  Although I am primarily a tweezers fan, there are times when the liberator is more effective, so I have some which are adequate; I only go for ones which have a tip which unscrews and screws in backwards to protect it, and the world around it.  Maybe some day I’ll break down and try some sterile prepackaged ones.

Having the tools to remove a splinter is great, and necessary for the task.  However, in order to remove a splinter, it kind of helps to be able to see it.  And some splinters can be very tiny, and some environments are rather low light.  Thus, the complete splinter kit includes sources of light and magnification.  Let’s see, one hand for the instrument, one hand for the light, and one hand for the magnifier.  And that assumes you are not working on your own hand, a common location for splinters.  It is helpful to consider light sources and magnifiers which do not need to be hand held. 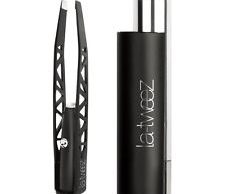 I have two flashlight types I like.  One is an Olight S series “baton” light with a magnet in its tail cap.  Just set it against a magnetic surface and the light requirement is satisfied without hands.  These lights are small but not tiny, and are not cheap.  I carry one at all times, and for all purposes, so that is not a problem.  But when I am building a first aid or splinter specific kit, I go for the Photon Freedom Micro II.  This is tiny; hardly bigger than the quarter sized lithium batteries it uses for power.  And it is surprisingly bright at full brightness.  Best of all, it comes with a small mount which can clip to the bill of your hat, or your pocket or other thin upright.  And it is even magnetic for even more mounting options.

As for magnifiers, there are many; most are not “hands free”.  Hands free magnifiers tend to be too big and heavy to be considered “portable”.  I often use either a stand mounted assembly magnifier or a magnifying visor – at home.  For portable use, I depend on a nifty little gadget called a “thread counter” or sometimes “linen tester“.  This is a moderately high power lens mounted in a small folding stand.  And it is possible to clip the Photon Freedom to it, giving you a freestanding light and magnification solution.  There are thread counters which have built in lights, but I have not tried them since their batteries are tiny, so they probably are neither bright nor long lasting.

So you got the splinter out.  Whew, relief is at hand.  But wait; you are not done yet.  After all, that splinter punctured your skin, dragging who knows what with it.  The pain from the splinter may be gone, but is pain (or worse) from infection warming up in the bullpen?

You also need some basic skin puncture first aid.  That is, a cleansing pad such as Benzalkoniam Chloride to clean the area, an alcohol pad or lighter to sterilize your instruments, and a packet of antibiotic cream and a Band-aid for when the surgery is completed.

Ouch, you think you just got a splinter.  The first thing to do is to see if you can see it, and if it is big enough, grab it and pull it out.  Whether or not that is successful, carefully clean the area with your cleansing pad.  If not sterile packed, sterilize your tool(s) by wiping with alcohol or holding it in a flame.  Use your magnifying device to find the little dickens, and attempt to grab it with tweezers and pull it out, or drag it out with the tip of your liberator.  If this does not work, use the tips of the tweezers or the point of the liberator to pull back or cut a bit of skin from above the splinter, hopefully exposing enough to grab and pull, or drag.  Repeat until the splinter is out. 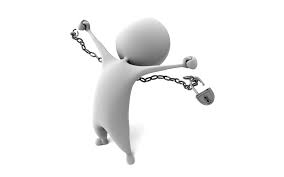 Once the splinter is out, wash the area with hot water if available, pack the wound with anti-biotic ointment and cover with a Band-aid.

i find that sometimes Duct Tape pressed hard onto the affected area can pull out the splinter. Also i occasionally use a very fine pointed pair of scissors to nip the area to help the splinter surface. but, generally, good tweezers, magnifying glass and a light source do the job.

And for those deep splinters don’t forget Drawing Salve, always worked good for me for those deep ones that would take a lot of digging and skin damage to get to.