What To Do With Old Gas? 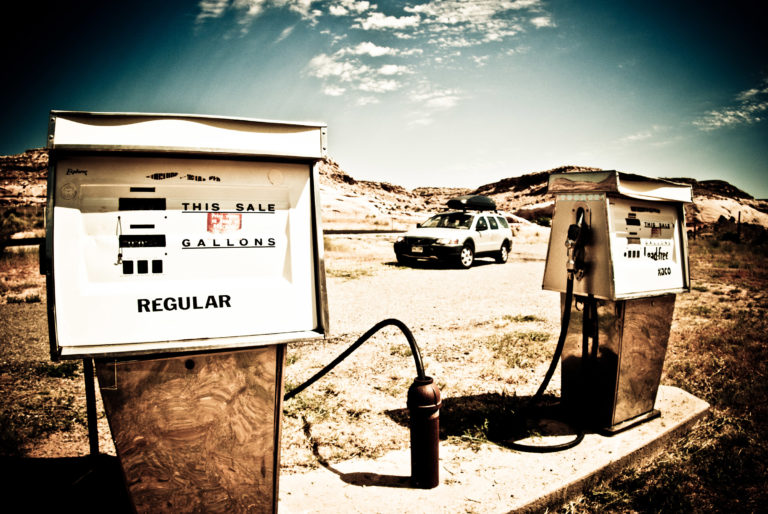 How to know when gas goes bad.

Editor’s Note: This post is another entry in the Prepper Writing Contest from Paul. If you have information for Preppers that you would like to share and possibly win a $300 Amazon Gift Card to purchase your own prepping supplies, enter today.

When my family and I moved to a different house, I noticed the nice couple we bought the house from, left a lot of things in their garage. At first, we thought they forgot to bring them along with them as they were in a hurry.

But when I got a better view of the items, they were pretty useless. What am I supposed to with old knickknacks? However, something interesting caught my attention. There were at least 5 gallons of old gas.

It would be a waste to throw it away, the question now is – what to do with old gas?

This has been heavily debated over the years, and it’s still being argued up to this day. Some say that it’s only a myth that gasoline goes bad, and as much as I would love that to be true (as I can save more) that’s not really the case. Once it has been left ignored for a period of time, its quality will eventually degrade slowly. And the results of using bad gasoline would mean you’d have a hard time starting the engine.

And sometimes, it doesn’t run at all.

The reason why this happens is because gasoline has intricate characteristics. One of which is volatility. This means gas is quite sensitive of vaporizing. Because of this, it results to vaporizing unnecessarily when it’s not being used. That’s why whatever is left of its volatility and capability to combust appropriately will reduce. 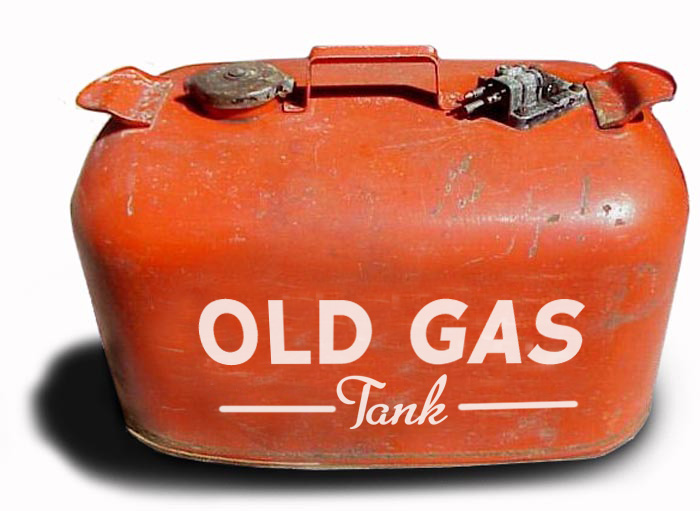 How To Tell If It’s Gone Bad?

It’s pretty simple to tell, you’ll be able to recognize it by its color and smell. Once your fuel has been oxidized, it’ll become darker than usual. Also, try to have quick whiff if possible, there are cases where its fragrance turns sour.

Just to make sure, get two containers and fill one of them with your old gasoline, and the other with fresh gasoline. You’ll evidently see the difference with them both. You may check out this video on filtering old gas.

How Long Is the Life Span of Gas?

It’s actually pretty hard to tell. I mean, you could say that you’ve only bought the gas yesterday. But it doesn’t say anything about how old it really is. Chances are, the moment you’ll use the fuel, it’s already a month old.

Also, there are other gasses which have a better oxidation than other fuels. That alone, makes it pretty hard to spot right off the bat. But if you want to be on the safe side, it would be better if you don’t store your gas in a container for more than a couple of months or so. However, that’s pretty hard to live up to.

Use old gas in Your Mower

Surprisingly, a lot of people use it for their engines. I tried doing it, and it worked perfectly! I don’t only use it for my lawnmower, but I also use it for a leaf blower, pressure washer, and chainsaw. Trust me, it still works perfectly fine. However, I do want to advise you that it would be better if you’re going to mix it with new gas as well.

The ratio should be around 6:1 (new gas: old gas) a lot of people use this technique. Although there are others who would use it for their car engines, I wouldn’t recommend it. This is especially the case with newer cars. For extra safe measures, keep this in your mind: Old gas for old engines.

Fire ants are probably my lawn’s number enemy – accidentally stepping on them is a literal pain! Luckily, you can use it to kill the ants with fire.

Go grab your old gasoline, and pour it down on a hole. After doing so, you have to bury the mound appropriately. You don’t have to light it up, it’s enough to fume the nest out. After a short amount of time, it will kill then queen ant, and the entire nest dies along with it. You may also use it to kill unruly weeds in your yard, just make sure that you’re using it on an area where you don’t plan on growing anything for a long time.

For those who want to securely recondition the gas, you may use Pri-G for your fuel treatment. It goes beyond expectation, it doesn’t not only repair gas, but it’s an excellent product for negating the destructive effects of ethanol contamination in fuel.

And as an added bonus, it’s ideal for preventing small engine breakdowns. It’s able to repair your lawnmowers, chainsaws, and weed trimmers while stabilizing gas. I do want to warn you that this doesn’t run so smoothly if it’s directly applied to old gas – it must be mixed together with a new, fresh one. When you do this, it’s able to keep it fresh for about a year and 3 months.

Personally, this is an amazing discovery as I’m able to save a lot from this – who knew old gas could be useful? Don’t forget, if you want to make your time with old gas and engines a more productive one – use Pri-G, it will automatically recondition your old gas like magic. But you do have to mix it up with new gas.

Here’s what you should do right now:

Old gas usually smells like varnish & that’s what it might do to a engine.gum up the Valves…a friend did that to a old truck he bought—i warned him to add new gas first—NAW it’ll be fine— NOT–had to have the heads redone=shop asked him—what happened,did you burn OLD GAS…yep-. fire ants sound like a good idea too.

I store gas for a year. After the purchase I add SEAFOAM and put a piece of masking tape on the can with the purchase date. After the year I burn it in my pickup with no problems

The local Wisconsin Toro dealer (selling mowers and snowblowers) told me that the worst problems in snowblowers were (#1) Gas, (#2) Carburetors, and then he said that among the other things that can go wrong (e.g., a spark plug or air filter), they are not worth mentioning. He then said that in 2015 he had to replace 8 carburetors due to the ethanol in gas destroying their innards by pitting them; and in 2016 he had to replace 85 carburetors (at between 1/3 to 1/2 the cost of new equipment). The takeaway here is that 10% ethanol gas destroys carburetors… Read more »

pure-gas.org will give you non-ethanol stations in any state.

I’ll stick with the 6:1 ratio. I do not believe in discarding petroleum based products into the environment like that. Or other hazardous waste for that matter. Besides, if it is so old that it is already mostly off-gassed, it may not even be effective enough to kill the queen. Colonies are intricate and have many entrances and exits, the queen is well hidden in the depths.

I have zero weeds in my dirt driveway….Just putting the “Petroleum Products” back where they came from….. the ground.
Ohhhhh BTW, do ya happen to know where all that asphalt in the roads ya drive on comes from?????

I’m no environmentalist, but I’m not sure your logic makes sense. Crude petrol is pumped from deep beneath the surface in most cases… hundreds or thousands of feet deep. Then, numerous highly-toxic chemicals are added as it is refined. If you simply dump it on the surface, it seeps into the ground, down into the ground water and into the aquifers and or lakes/rivers from which our drinking water comes. Ever wonder why cancer rates have increased 300% in the past several decades? Sorry, but pouring petrol products on the lawn is just plain stupid. That soil will be seriously… Read more »

Nicew one Archie, There’s one I use a lot and did not know it had alcohol fee gas.