10 Things You Didn’t Know Were in Your Drinking Water 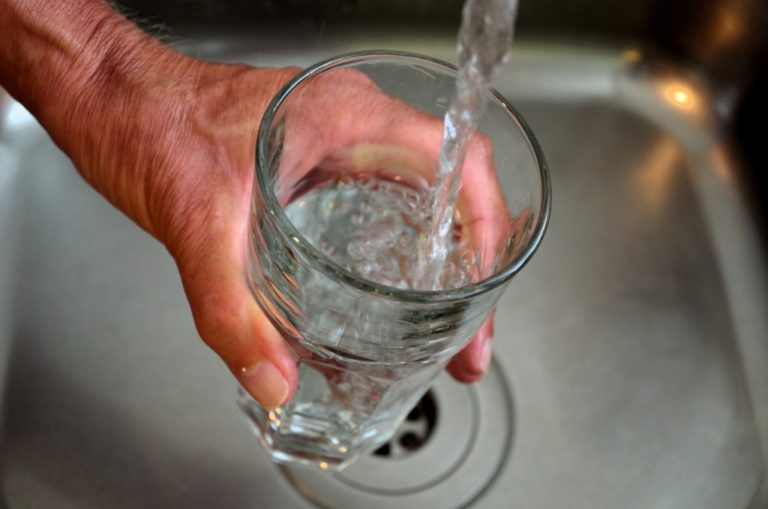 Editor’s Note: This post was contributed by Jennifer M. If you have information for Preppers that you would like to share and possibly win a $300 Amazon Gift Card to purchase your own prepping supplies, enter today.

The most common substance in this world is water and therefore it is essential that we could say by default it is greatly important! We have learned that only 1% of the Earth’s water is suitable for drinking, 97% of it is ocean or sea and what about the other 2%? It is unusable, it’s frozen. Now, we always wanted what is best and safe for our drinking water. As a matter of fact, Americans drink more than a billion glasses of tap water per day.

Your day has been sluggish and you are dying to drink that glass of water even from the tap just to quench your thirst. But do you really know whether or not it’s secure for your family? Or let me be more direct, do you even bother to know what’s on it? It doesn’t matter if you say that your water is clean by just tasting it or inspecting it with the naked eye, there are things that are in there that we don’t know about.

Here are the important things that you didn’t know in your drinking water.

Fluoride develops naturally in water; though rarely at the optimal level to protect teeth. Many assume that consuming fluoride is only an issue that involves your dental health. But according to a 500-page scientific review, fluoride is an endocrine disruptor that can affect your bones, brain, thyroid gland, pineal gland and even your blood sugar levels. More people drink fluoridated water in the US alone than in the rest of the world combined. In Western Europe, for instance, 97% of the population drinks non-fluoridated water. Adding fluoride is definitely a forced medication. 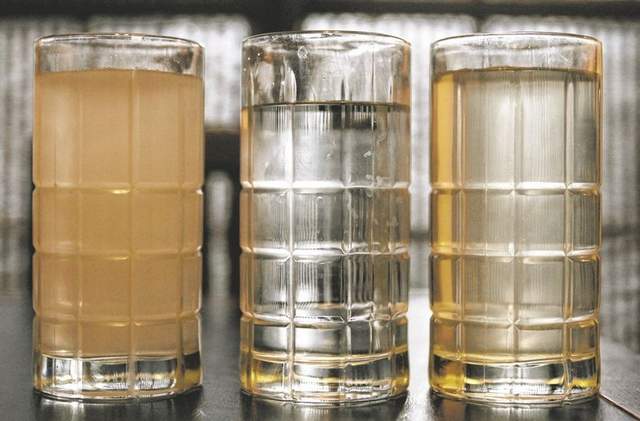 Iron and Manganese are non-hazardous elements but can be a nuisance to your drinking water. They are similar metals and can cause similar problems; can root offensive taste, appearance, and staining. When the water is aerated they are oxidized to oxides that are of low solubility and that’s the reason why it creates significant discoloration and turbidity that are concerned for health among the two, iron is frequently found in water supplies. Manganese is often found in water that contains iron.

Perchlorate is a man-made chemical primarily used in the production of rocket fuel, missiles, fireworks, flares, and explosives. It has been found in drinking water and surface waters in the United States (at least 26 states) and Canada. Although it is a strong oxidant, perchlorate is very persistent in the environment. At high concentrations perchlorate can interfere the thyroid hormone production.

Bisphenol a (BPA) is an important chemical building block and additive in a wide variety of plastics. It is manufactured worldwide for approximately 3.2 million metric tons/year. This can be found in some plastic water bottles and the dangerous part is that it can leach into food and drinks. According to National Institute of Environmental Health Sciences, it may acquire health risks, especially to infants and children. One good thing: there are quite a number of BPA-free bottles that are available now. However, you must have to be extra careful still; for the reason that some BPA-free plastics may still leach unwanted chemicals into your water when exposed to sunlight or microwaves or dishwashers, NPR reported.

Arsenic is a natural element that is also tasteless and odorless that you wouldn’t be able to distinguish that it’s in your water. It is found widely in the earth’s crust and may be found in some drinking water supplies, including wells. Research shows that exposure to high levels of arsenic can cause health effects, the worst is human cancer.

Bacteria are a natural part of life; in fact, there are many forms and functions of bacteria we couldn’t live without. Let’s say Coliform bacteria may not cause disease but can be indicators of pathogenic organisms that cause serious diseases. It can cause intestinal infections, dysentery, hepatitis, typhoid fever, cholera, and other illnesses. Luckily, these pathogens are much better controlled today than they once were. We just have to be practical on having our water tested but definitely the best strategy to get rid of these pathogens.

Agriculture is one big part of the community that is heavily dependent on fertilizers and pesticides that boost crop production. The major contaminant is nitrate and found in fertilizers and in animal waste, is another major pollutant associated with agricultural use. These contaminants can seriously develop in a high concentration in our water resources that can cause health risks. One good example is methemoglobinemia, or blue-baby syndrome, in bottle-fed infants under 3 months of age.

Chlorine have had been good in doing as a disinfecting treatment in killing off most microorganisms in the water. As a matter of fact, it is a powerful oxidant added to the water by several municipal water systems to control these microbes.  While learning that the United States has one of the safest water supplies in the world because of this disinfecting agent, it is also appropriate to check it for once in a while. It can be absorbed through physical consumption as well as through your skin while bathing and can severely dry skin and hair and cause irritating effects to your eyes and nose.

This silvery heavy metal can be found in various natural deposits. Mercury can flow into water supplies from improperly discarded devices containing it, as runoff from landfills & farm land, dumped by factories, or from natural deposits. With this being said, this extremely toxic liquid metal must be precaution in handling or disposing of it. Being exposed to high levels of mercury over time can cause kidney damage.Water can be purified of many contaminants if treatment facilities are available, but supplies must be monitored so that contaminants can be properly identified in the first place.

The safest way to ensure that these toxins do not make it into your body is to have your water tested to determine which contaminants your tap water may contain. Once you have identified the contaminants present, you can select a water filtration solution that is best for you.

About the author: Jennifer Moran is the author and the social media manager at TheBerkey.com. She has been working and passionate with writing for over four years. When she isn’t glued to a laptop screen, she spends time playing tennis, practicing yoga, and trying very hard not to sleep in the meditation. You can reach her at jennifer (at) theberkey (dot) com. The Berkey.

I have been putting all our drinking and cooking water through a British Berkfield now for over 25 years, after the Aluminium sulphate water scandal in Devon UK and multiple bacterial outbreaks in UK water I decided never to trust mains supplies again, and I see similar scandals in Flint Michigan and in southern US communities where Fracking has led to chemicals getting into water supplies which suggests things aint any better in the US.