Editor’s Note: This post is another entry in the Prepper Writing Contest from RebelPrepper1. If you have information for Preppers that you would like to share and possibly win a $300 Amazon Gift Card to purchase your own prepping supplies, enter today.

You have a moral obligation to be prepared in case of a crisis. In general, there are countless reasons to be prepared for emergency scenarios. Some reasons are going to be special to you as the individual. In this article, I explain why with three (3) core reasons, reasons that apply to the average Joe.

It is reality that our modern Western culture revolves around the dollar. Our American dollar is the world-wide currency of exchange when it comes to petrol – to oil. What does this mean? It means that if Russia or China want to buy oil from Saudi Arabia, they have to pay for said petrol using American currency. Because of this, the American economy is also the global economy. If the American economy falls, so to will the vast majority of the world’s economies.

The American economy is a fragile thing, held afloat by the Federal Reserve through printing of excess currency. The printing of money is a tactic requiring delicate handling, as it must be balanced between debt owed to foreign parties and between inflation. Too much available currency leads to devaluing of currency, which will lead to hyperinflation. Hyperinflation leads to bail-ins of establishment banks – the same events we saw in Greece, and which appear to be unfolding in Italy and in Germany.
Here are two (of many possible) eventualities that will cause our existing global economy to collapse.

The first will be OPEC changing the petrodollar to a different currency. Russia and China both desire this to happen, as it is likely one of their two currencies will be the future petrodollar. The second eventuality is China cashing in on American debt. In either instance, the American economy as we know it today will immediately cease to exist. We may recover, but only after significant social upheaval.

On a family level, online news sources have indicated more than half of Americans had less than $1,000 in savings, with a quarter of Americans having less than $100. It is an everyday reality that more and more of us are living paycheck to paycheck, unable to meet – let alone exceed – our daily living expenses. American families are one disaster away from homelessness and poverty. Indeed, the number of Americans qualifying as “middle class” has been steadily shrinking.

Basic preparedness – the stockpiling of food and water rations – is an investment in future stability when an economic hardship does occur – be it global, national, or individual.

The social elite and wealthy upper-class have long known the clear-cut benefits of both gardening and of preparing for the future.

Stockpiling food and water, combined with gardening, will create peace of mind. Just having as little as three days of emergency supplies helps to ease the stress of that grocery budget. Spending time in nature is an investment in emotional and spiritual health, even if that nature is your own backyard. 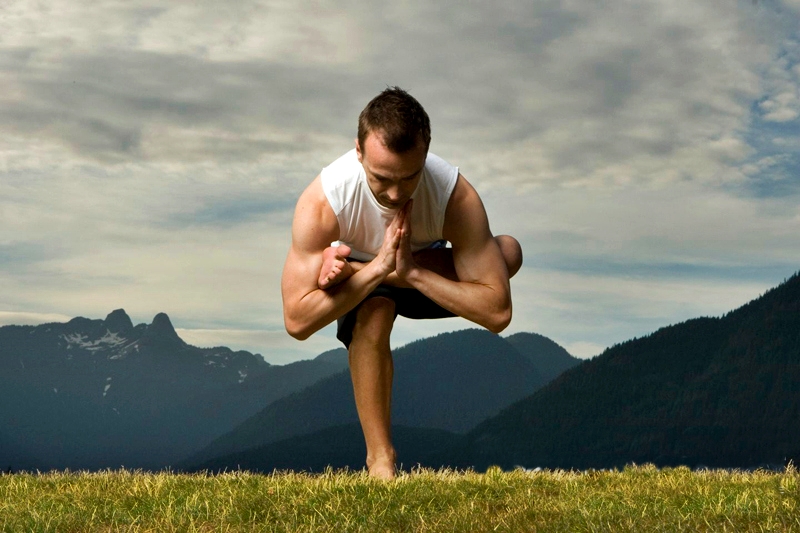 Gardening is also physical exercise, though light and easy enough for even elderly people to perform. Being crisis prepared requires at least rudimentary physical fitness. Vitamin D is an essential nutrient for physical and emotional health. Vitamin D is best acquired through absorption of sunlight rather than through consumption of food or vitamin supplement.

Crisis preparation is even better when planned as a family activity. Forgetting the need for family coordination to survive, there is a strong correlation between familial connection and family activities. When including your children, family, and friends, you create an environment of positive energy – you are creating happiness. Additionally, you are establishing positive emotional relationships with your family and friends, creating emotional foundations that will last the test of time.

On the subject of physical fitness – the most likely survivors will be the slender and athletic individuals, those who burn the least calories for the most efficient productive activity. Yoga is a physical activity that basically any person, be they short and stocky or long and thin, can learn and benefit from.

More so, Yoga is an emotional and mental practice. Yoga is intended as an outdoor practice. It teaches us how to connect with our inner divinity. Yoga creates strong minds and strong hearts. Through connecting with nature, meditation provides access to the spiritual prosperity which we all seek. Yoga has been shown to increase flexibility, cardiovascular fitness, digestion and joint strength – things all of us desire.

As recently as World War 2, it was common for American families to have ‘victory’ gardens. In times of the Pioneer, a family survived or perished on their own terms (though a like-minded community would certainly help.) In Victorian and Medieval eras, a healthy, expansive garden was a sign of both wealth and prestige. In the modern world, drought-stricken areas such as Australia are looking to Permaculture as a means of water-conservation and a way to reduce carbon footprints.

Here in America, there is a counterculture trend of ‘back to basics’ or ‘simple’ living. For most, this concept is only a daydream spoken of in idle, wistful, and meaningless chatter. For others, homesteading and prepping is viewed in the distinctly negative manner of the “tin-foil-hat wearing conspiracy theorist.” Modern socioeconomic and main stream media would have us believe we can forever rely upon existing infrastructure for all of our needs and wants.

Unfortunately, this is entirely false.

Simply look to Hurricanes Katrina and Sandy. Look to the earthquakes which ruined Haiti and Fukushima. Hurricanes Wilma and Charlie, or even Andrew in 1992, are further examples of how our modern society collapses at the slightest hiccup.

Desperate people do desperate things, especially when their ears are filled with the cries of their hungry children.

Preparing for the future is a functional, productive, and (potentially) an environmentally friendly solution to future hardships. Even if you don’t believe in the more “tin-foil hat” issues of future strife, we as parents, as family members, and as friends have a moral and personal obligation to prepare for emergencies.

Re. gardens: “In Victorian and Medieval eras, a healthy, expansive garden was a sign of both wealth and prestige.” Actually, in the Middle Ages, livestock were considered a sign of wealth (and the manicured lawns from them), and the wealthy really only maintained smelling gardens in little pockets, usually within walls and fences of their castles and manors (usually higher-ranking women, not men). In some cases, they were there to help cover some of the smells of Middle Ages life. There were small kitchen gardens maintained by staff, not the wealthy and royal. Their clerics inside cities and villages had… Read more »

During colonial times in this country all of the plantations had their gardens to feed their families and help and it was a sign of wealth.

I’m not debating the existence of mixed, hugely interesting strolling and passing gardens of the wealthy in the colonial periods, the ones overseas and the ones in the later periods here in the U.S. The colonial period starts in the 1600s with the colonies here in the U.S and including Australia, island, African, and Canadian settlement by Europeans, excluding the exploration 1.5 centuries that’s sometimes included in the named period. It only barely overlaps with the Victorian period on the early Victorian-late colonial, and by some definitions misses it because some end the colonial period with the Revolutionary war or… Read more »

Yoga is very beneficial for Preppers. ReWildUniversity on you tube is a good start for free breathing and moves. Catch Kenton’s overnight naked camp with no equipment in the winter.
Not sure why it is a moral imperative to prep though. Puzzled as to why it would be unless you prep to help others not just yourself and your family. Prepping is selfish in the main. A response to an awful thing designed to avoid the general fate yourself.

It’s simple. “Personal Responsibility” is neither selfish nor an outdated mindset. I have no intention of being a burden and hindrance to a system that is already badly hemorrhaging due to the selfish demands from both ends of the entitlement classes. Let alone in times of a natural disasters or Socio-economic break-down.

In today’s society, I believe most adults run from personal moral responsibility and accountability, while trying to enforce “THIER ideological” brand of morality into others. That is a huge problem that society cannot and will never cure by itself. When people choose to worship false gods of prestige, money, power, education, influence, etc. their own heretical behavior instantly creates the hysterical societal hypocrisy of political correctness. This is, my own personal observation and very subjective opinion. I do believe that those who choose to be prepared for the “rainy day” ahead in life, are far more equipped physically and especially… Read more »

Seems folks commenting kind of missed the point, as I took it, & preferred this stage to trot out their “superior” knowledge. You make sense & I compliment you.

I totally agree Linda S!! I think the author is right on the money and is trying to make a specific point about personal responsibility for yourself, family and whomever chooses to work on getting through unknown circumstances together.
Keep up the good work educating anyone that will listen. I appreciate your knowledge and dedication to getting the word out!

Agree with everything you say, except, yoga. As an exercise it ok, but the meditation part– I just cant go there

Here, not only the dominance of technology, of “artificial intelligence”, but also the people who dialogue both with cold reason and by sensory imagination: Screen culture has ” intellectual image calculation ”.