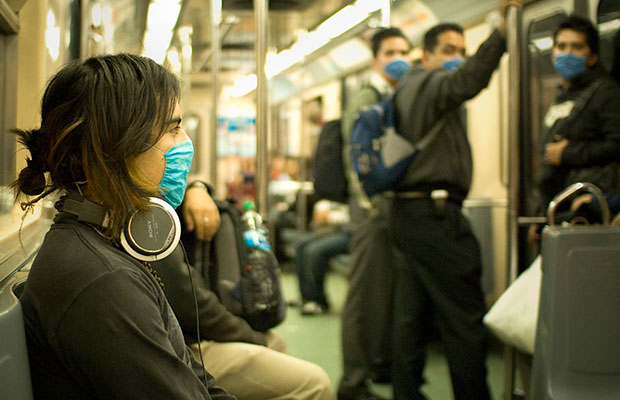 Editor’s Note: This post is another entry in the Prepper Writing Contest from Huples.

One thing I love at Christmas is getting that one small present I was not expecting that delights me. Getting a mainstream literary book that has a pandemic as its theme definitely fulfilled that this Christmas.

While “One Second After” by American writer William R. Forstchen will likely remain the required prepper fiction reading for years to come there is now a Canadian contender and boy is it ever a great read, eh! I think that of the two “Station Eleven” is by far the better read and the more realistic depiction of a world after civilization has ended. However comparing EMPs and Pandemics is like comparing Apples and Oranges. That said if you loved “One Second After” you will be fascinated by “Station Eleven“.

Emily St. John Mandel has recently published her fourth book “Station Eleven“, which was a finalist for a National Book Award and the PEN/Faulkner Award, and has won the 2015 Arthur C. Clarke Award. Simply put she is a great author and will become much more well-known over the coming years. I have not read her first three books and likely they are neither prepper material nor science fiction. However “Station Eleven” is most definitely a prepper book and also great humanist fiction. As a gift to a non prepper who likes a great story this should be considered as the discussions will definitely open up prepping to the disinterested.

The novel flips back and forth in time from years before, days before, just after, and 15 and 20 years post a pandemic of the Georgia Flu, a type of swine flu. It spread rapidly, kills quickly but not quickly enough to save the planet. It ends civilization in around a week without any advanced notice. This type of narrative can be disjointing but is clearly landmarked in the book and works to keep all the main characters plots fresh and fascinating throughout the entire book.

If you have read this far please be aware spoilers will now happen but I will try to limit them as far as possible and the rest of the review is focusing only on the prepper aspects not the awesome stories and characters woven throughout the novel. None of the review will damage your enjoyment of this book.

None of the characters are preppers and range from the normal worker to a George Clooney actor. The main focus is on survival at an airport some of the characters are diverted to and a traveling orchestra and acting troop in Year Twenty. At no point is any sort of military or Government plot introduced as it is full on Without Rule of Law. At no point is a magic cachet found or a surviving part of pre collapse society encountered to smooth the characters journeys through Canada and the northern USA.

Instead we get normal people experiencing the literal end of the world as the death rate is +99% within one week. We also get this perspective from different types of characters including children and no one in this novel has developed Special Powers to cope with the scenario! The book is a third person narrative of before, during, and years after the event which is what makes for a great novel and a fascinating view of prepping for a pandemic.

One character and his disabled brother initially survive by bugging in after a Doctor friend calls him and says the flu is slaughtering everyone. He buys seven shopping trolleys of food and water from a convenience store and pushes them up to his brother’s condo and barricades them in. The bug in is inside one of the downtown Toronto apartment blocks and captures the boredom and fear very well. People’s denial of the end of civilization is also captured in an extremely realistic way. The central role of television and the internet in our society is captured even as the civilization that allows it collapses. 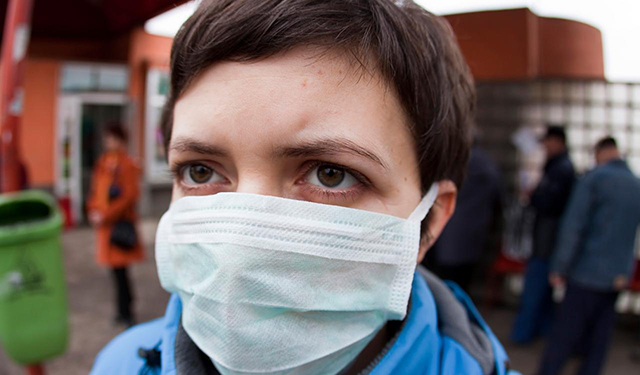 In this book, the characters all have similar stories in that they have to walk out of the dead cities and survive by adapting to the changing world. The role of luck in surviving such a pandemic is clearly shown. The main troop is called the Traveling Symphony and has “survival is insufficient” as their motto yet this is not a preachy book. The world in Year Twenty is one of small pseudo villages focused around abandoned gas stations with farming and hunting as the only occupation. Communication is only from traveling salespeople and the Symphony. These groups of villages can collapse easily and are very various ranging from communes to dictatorships. Yet the book does not focus on them in detail but gives minor clues as to the new world. For example the throwaway observations about pregnant eleven year old girls in some villages and that some villages who just shoot at strangers. Everyone has PTSD in this world and no one is carving out a new nation. Everything in Year Twenty is local and local means 5 to 10 miles.

Chapter 6 is a one and half page list titled “An Incomplete List”. It is neither introduced nor explained yet is devastating to read. It is what we had that we no longer have and children believe is fantasy. It made me think about what I would lose in similar circumstances in a different way than I have before. The first is “No more diving into pools of chlorinated water lit green from below” and the rest equally poetic and sad.

Scattered through the book is sound prepping advice from the obvious one of avoiding people in a flu outbreak to the less obvious one of using airplanes in the Summer to dehydrate food and in Winter to store it. The struggle initially is that everyone moves on foot to find safety and civilization but there is none and there never will be any again unless civilization reemerges. This reemergence seems most unlikely for almost the entire book but there is a clue at the very end that perhaps humanity can get its act together again, maybe?

The central characters all have items that have no prepping value that they hold to be important. This is an idea that makes sense and how many bug out bags ignore our emotional needs while focusing only on the physical? Sure if the issue is for a few months that makes sense but if our world ends and ends forever is that ever going to be enough for the human spirit?

Archery and knives are centrally important by Year Twenty yet the world is in many ways safer than it was in the early years. Most people do not travel much and most people have no ambition to conquer a world given food gathering is so labor intensive. Scavenging is a hobby as there really is nothing left that has not been picked over.

The adaptation to life in the airport is an interesting part of the novel from the prepper’s perspective. Overall I am not sure I fully believed in it but it was presented clearly and rationally. The idea of repurposing our modern structures for a world without electricity or gasoline is throughout the book. The strength is that this has already happened but not so long ago that people do not remember the old world. Using stripped down trucks to make horse-drawn wagons is explained as a subtly and carefully as anything else in the book. They are available and the cabins make a decent shelter from thieves and marauders. Our windows and doors are a lot tougher than anything that can be built after the fall of civilization!

I gave the book Five Stars and I highly recommend it.

Well I have never recommended a book I have never read or wrote so this will be a first. Prepper Journal has been a friend of mine from back in the day of first posts by all in old forgotten or popular prepper forums to tryi to make a living at this or just show popularity and numbers of readers that your message got through to. He got me on (the submitted author) this statement because it sounded like something i would say. Chapter 6 is a one and half page list titled “An Incomplete List”. It is neither introduced… Read more »

I’ll add the Prepper Trilogy to my reading list.
I am NOT the author and I have never met her. I wish I could write like her but I cannot 🙂

I don`t read fiction books, has nothing to do with real life. better get ready for civil war, that will be real life and i know all about it having frought in Vietnam. SEMPER FI!!!

Huples
Reply to  valley of hell

Each to their own. You’d hate this one. Lots of Shakespeare in it and no popular mechanics

I’m half-way through it. It’s interesting, but how unlikely is it, that a troupe of 20 or so actors/musicians would be able to safely traverse a post-epidemic landscape for 20 years, or be able to feed themselves while doing so? So far, no mention of being paid in buckets of food for their performances.

There is historical precedence for it but given the situation depicted and the small population size you have to let that one go. Agreed it is unlikely but a decent plot device? They also started from a small military band and did not start touring for a few years.

OK, finished it. It was enjoyable, but too much Shakespeare, and no heroes.

The author ends the story by showing us a glimpse of a city that has electricity, so it’s likely engineers (and modern society) are to shown in the inevitable sequel.

All four books have been stand Alones so I doubt there’s a sequel. The ending was a bit up beat for me. I liked the no heroes (they’d die early) and I love Shakespeare.

Got it started reading it but its a bit girly for my taste, I prefer real high quality classic of the genre like Down to a sunless sea, Alas Babylon, Patriots, Earth abides etc

Great! I was hoping I’d see book recommends here. I’m always looking for good apocalyptic reading. “A Boy and His Dog” is an old one that is particularly grim 🙂

If you have not read and learned from Alas Babylon you are doing yourself a great disservice. yes its dated being 160s but its still inspirational, Earth abides is later and more modern, One Second After is a must read.
But sadly I have to report Station Eleven is nearly as bad as Jim Rawles follow up books to the superb iconic PATRIOTS. In Station Eleven this Canadian Lady keeps ramming the Bard down our throats like Rawles keeps shoving the bible down our throats in his follow on’s to Patriots

I’ll get on Alas. I like the Bard so I’m biased 🙂
The comic book link was contrived but I still think it was a good take on a pandemic in the real world
I have read 1sec after. Good read but I found it silly and very optimistic. He’d have died early on from starvation as would all of them but the Franklins!. Having read the reviews for the follow up I’m definitely avoiding it!