I am always refining my prepping plans and the associated tools and gear I think will help improve my situation if the worst should happen. Some people go through life believing that nothing bad will ever happen but that isn’t the audience of this site. You are here because you want to proactively take steps to ensure that if something bad does happen, you will have a plan for how to survive or even just cope better than people who do nothing.

Coping without power is one area of my preps that I have a few different options but my 100,000 KW solar array that pivots with the rotation of the Earth is still just a pipe dream for me. I do have a generator and a decent supply of fuel and oils to keep that going for a while, but generators have their own drawbacks. For starters, they need fuel and in a real disaster, getting fuel might be next to impossible. Secondly, they are noisy and when the power is out, the sound of a generator carries for miles.

Maybe you don’t worry about the noise, but it is something I consider. Solar is about the best option I can think of for grid down power but to replace the electric company you need a pretty expensive system. Also, you can’t take a decent sized solar array with you easily. There are smaller more compact options though and I am always curious to hear about them. 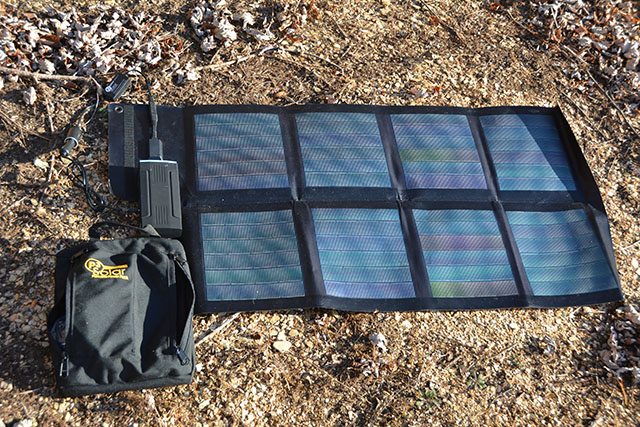 I was contacted last month by P3 Solar and asked to review their Dynamo Plus. The Dynamo Plus is a lightweight battery pack with an integrated 25W, flexible solar panel. The P3 Solar rep told me that this system was being used by the military and I can believe it from my initial use and experience. When I opened the pouch I was already thinking about how this would work in my bug out bag.

The two best features of this offering are the battery and the solar panel, but the entire kit comes with just about any connector you could reasonably need for charging a device.

When I received the Dynamo Plus it was already charged to about 75% but I wanted to test out just how many devices I could charge off the battery in a single charge so I plugged the battery into the wall and brought the charge up to 100% pretty quickly. It must have been very nearly already fully charged.

The next day I threw the battery into my bag and went to work and proceeded to run my iPhone into the ground. It’s funny how downloading a couple of movies will drain the battery and I wasn’t too far into Hotel Transylvania (before anyone comments, it was for my kids) before my iPhone 6S shut off due the battery being dead.

Using the P3 Solar to charge your devices

I hooked my phone up to the Dynamo with the included adapter cable and stared charging. My phone was completely charged in about 2 hours. Speaking of cables, the Dynamo Plus comes with quite a few of them for various needs. 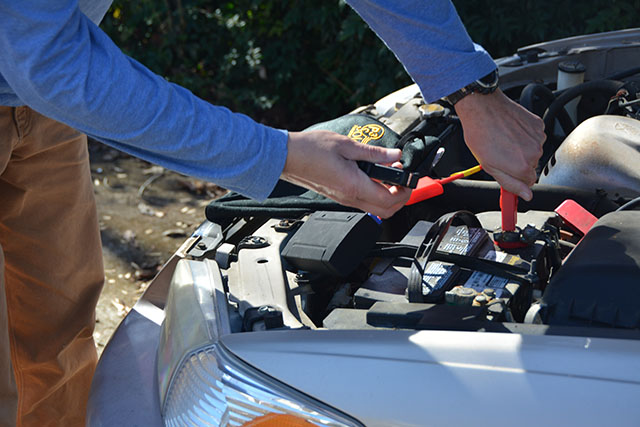 The charge on the iPad only got up to 64% but that was on top of the iPhone’s full charge. I didn’t try another phone but I would assume on a full charge this battery could top off a few phones or one iPad completely. Either way, this was a good option to have if the power went out. But the real benefit isn’t just the battery; it is the ability to recharge that battery with the sun.

So, with the battery completely dead, I set up the solar panels in the yard and walked away. Once the cable was connected the battery started showing it was charging by the lights on the side almost immediately. My plan was to leave the panel in the sun for 4 hours to see if I could charge it fully, but something else happened. 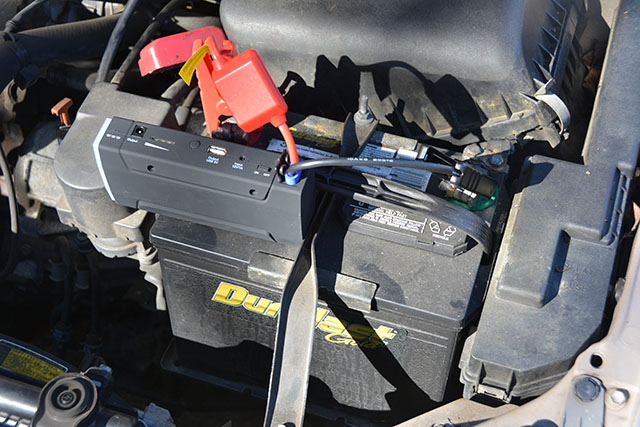 Backup Battery for your car

As fate would have it, one of my kids was trying to start a car that I have that has been sitting for a couple of months and the battery had died. This was the perfect opportunity to try out the jump starting feature of the diminutive Dynamo Plus system so I unhooked the battery from the solar panel and grabbed the jumper cable adapter.

I had only been charging the battery in the sun for about 2 hours so I didn’t know if I would even have enough juice to jump the car, but after connecting the terminals and giving the key a twist, she started right up. Pretty impressive.

What is even more impressive in my opinion is that it did it again. Right after we jumped the car the first time, I took it out to wash it and mistakenly turned off the ignition. Fortunately my wife was right down the street and instead of using the jumper cables I had her bring me the Dynamo which still had only been charged for two hours and it fired up my car again.

Overall Impressions of the Dynamo Plus

Having a source of solar power and a battery that can hold a substantial enough charge to power multiple devices or even jump-start your car is a good prepper supply item in my book. If the power goes out, we can pull this handy device out to top off our phones, recharge batteries for ham radios or headlamps or GPS units or run radios or laptops.

My only problem was with the cable that connects the jumper cables to the battery unit. The plug sets deeply into the battery unit and when I pulled it out, I must have pulled the wire because my ground wire pulled out of the socket. I think I can fix this with some simple solder work but it is something you want to be mindful of. Don’t pull the wire.

The battery also has a light on the end so it can also double as a flashlight if you need it to. The whole package sells for $399 on the P3Solar site and if you are looking for a backup battery option with solar charging ability to boot, the Dynamo Plus might be worth looking at. I consider this a great addition to my overall preps.

Interesting option with a car battery jump starter adapter. Can it power 240ac? I’m looking for a system that can intermittently power a blender, electric canner, and a dehydrator. The one I’m looking at is near 3000 but my needs would be simply as above. An electric supply for those would save a lot of wood chopping!