Editor’s Note: This article was generously contributed by Dan Sullivan who comes to us from his own blog, survivalsullivan.com.

Although I would get every human being in the world to prep if I could, I also realize not everyone wants to spend all of their time at the shooting range, canning goods and shedding off another pound from their bug out bag.

Different people, different mindsets. One of them is called minimalism and it made its way, among other things, into survival. The concept of “minimalist prepper” is pretty interesting and, in what follows, I want to dig into it a little.

First off, what is being a minimalist about? See, the more things we own, the more cluttered our life becomes. By cutting up on the things we buy, we save money, we have less things to worry about and our mind is less distracted, leading to increased productivity and ability to focus on what really matters.

Now, I’m not going to bring to the table all the arguments against having less stuff (such as the fact that, in a post-collapse society, a lot of the things we take for granted today are going to be very hard to find) because that debate deserves an article of its own. Instead, I’m assuming you want and/or need to be a minimalist prepper.

Maybe you live in a small apartment, maybe you don’t have the money or you only want to focus on the essentials, maybe you’re just not into this “end of the world” thing, yet you’d still like to feel safer and protect yourself from smaller scale disasters and critical events. So let’s see some of the things you need to become a minimalist prepper and avoid having to buy too much stuff (which isn’t important in the early stages, anyway).

I wrote an in-depth article about them right here but the thing to keep in mind is that skills trump preps and gear any day. Plus, some of these skills are 100% free while others are dirt cheap to practice. Here’s a quick list:

The biggest mistake preppers make is buying a lot of stuff but never practice anything… but now you know better.

The biggest “a-ha” moment as a prepper was when I realized that fitness is one of the most crucial aspects of survival. If a prepper is overweight, too slow or simply not into shape or flexible enough, all the preps in the world won’t help him. In some cases, young thugs who right now spend most of their days at the gym are going to be stronger and have more will power to fight for their life, steal and do anything they want in the absence of law. 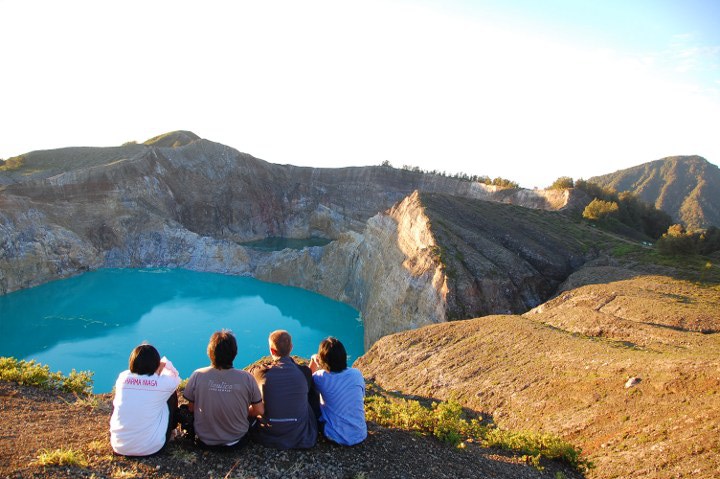 Meet like minded people now before your life depends on it.

This is tricky. On the one hand, you need to keep quiet post-collapse because you don’t want people to know how well you’re doing. On the other hand, knowing other preppers could mean the difference between life and death.

Let’s take bugging out, for instance. It’s going to be tough if it’s just you and your kids but joining forces with another family that are going in the same direction will make it easier for everyone, especially when it comes to self-defense.

Though things may not be peachy right now, moments like these when you’re at your computer, reading this article, with no one to bother you… you’re gonna miss days such as this one when you’ll look around you and all you see is chaos and destruction.

This small compass clips to watch strap, sleeve, strap of backpack, side of map etc.

…and make sure you store documents to prove you cleared it in a safe place, preferably fireproof and waterproof. Having debt is an energy drainer for anyone and to make the extra money is though because you have to work extra hard. Still, nothing will be harder than the coming collapse and its aftermath so, the more you sweat now, the less you’ll have to suffer when it hits.

#6. Get smaller versions of everything

Although this isn’t something I recommend to everyone because you need the best gear if you want to increase your chances of survival, if you don’t have a lot of space to store your preps, you can think of smaller versions of everything: smaller knives, a smaller compass, a smaller toothbrush, a smaller AM/FM radio etc. etc.

You don’t need it to be big but it has to have the essentials of survival you’ll need. If you’re a city dweller, a small backpack might be enough as long as you have a bug out location nearby. Still, you do need one. If you don’t have a survival bag, yet, you should start one as soon as possible.

#8.Know the wild edibles in your area

Urban foraging may be a last resort for some people who can’t imagine surviving Doomsday without hundreds of pounds of rice and beans but foraging has a huge advantage: you don’t need to carry food or cooking utensils with you. You can’t get any “more” minimalist than this.

All you have to do is know which plants in your regions are edible, wash them and eat them.

This way, they’ll be out of your way because, to some extent, it’ll be like you don’t have them at all. As long as you don’t fill your car’s truck to the brim, you should always have some extra space in there. Besides, having an emergency bag in your car is something you still need to worry about if you drive a lot.

Regardless of how much you love the minimalist school of thought and not having to buy too much stuff, you still need food and water. In most emergencies such as heavy snow, extended power outages and hurricanes, if you don’t have supplies, you’re gonna have a very tough time. Sure, your body can survive 3 days without water and 3 weeks without food but you probably don’t want to push it.

About the author: After working for two top survival info companies, Dan decided to teach on his own and set the ambitious objective of becoming an international survival guru. Teaching and doing are the two words that best describe him in his never-ending quest for top-notch survival content. You can read more of Dan’s articles at his site, www.survivalsullivan.com

After working for two top survival info companies, Dan decided to teach on his own and set the ambitious objective of becoming an international survival guru. Teaching and doing are the two words that best describe him in his never-ending quest for top-notch survival content.

Dan, Great advice for everyone, and especially folks that are just entering the world of prepping. One thing that I would emphasize is your point about navigation under “basic survival skills.” Whether someone is bugging out or just trying to get home, it is a virtual certainty that you will be pushed off your desired route due to circumstances that are entirely out of your control. The farther you get from your preferred route and enter unfamiliar territory, the more likely you are to loose your sense of direction. This will be particularly true at night, when ground terrain features… Read more »

That sounds like a great idea for another post Bolo about creating a folder with sat images of your route and alternate routes on your smart phone. If the phone is working anyway, they could give you much needed intelligence on the route ahead. Not real-time but they could be very valuable.

Actually, it doesn’t matter whether the cell phone grid is working or not. Think of your smart phone as a portable library of important satellite imagery that you can call up to study terrain and select route alternatives. Do you want to know whats on the other side of a hill, or where the next wooded copse is located? Use the imagery!

Since bugging out and bug out bags are mentioned several times, I thought I’d throw this one in…Military bags are super sexy with their heavy duty construction, plethora of attachment points, and little pockets for organizing stuff, but they bring two major drawbacks…

1. They are heavy. A comparable sized backpacking pack will be close to half the weight, and carry the same amount of loot.

2. They stand out like a sore thumb. Unless you have a truly covert route planned, a civilian backpacking pack will disappear into the masses much better.

I completely agree BobW. Actually, an old Alice pack was my first choice just because they are so cheap on Ebay and like you said they can carry a ton. I quickly learned after I had all of the gear from lists of prepping supplies stuffed in there that I needed to rethink my options. Now my bug out bag is an incredibly light backpack that will hold the essentials. My GHB is more of a tactical commuter pack (511 Rush 24) that you see everywhere now. It has more than enough room to hold my shelter, clothes and food… Read more »

Good point, but just an observation: Since many folks will be carrying one or more weapons, the color of the Bug Out bag probably won’t make a lot of difference; you’re going to get noticed, anyway. The primary deficiency of “civilian” backpacks is their lack of attachment points. Packs with bright colors are also harder to conceal in brush if you are trying to lay up. In any case, I would get as far away from the crowd as possible, as quickly as possible. I have six backpacks, including a heavy duty 511. The other five (including an Alice pack)… Read more »

Great points, Bolo. I can’t disagree with you. Its all about trade-offs. I don’t intend to be unarmed, so milspec vs civ packs isn’t a big deal blending wise. I have about the same pack wise. Backcountry hiking pack, Alice, the first internal frame army, 5.11, Blackhawk, etc.. None of the military packs are anywhere near as light as my back country pack. It holds as much as my largest military pack, but weighs less than 4lbs vs more than 8lbs. The way I see it, I can get 4 more pounds of gear into the backcountry pack for the… Read more »