How to Prepare without Your Spouse Knowing 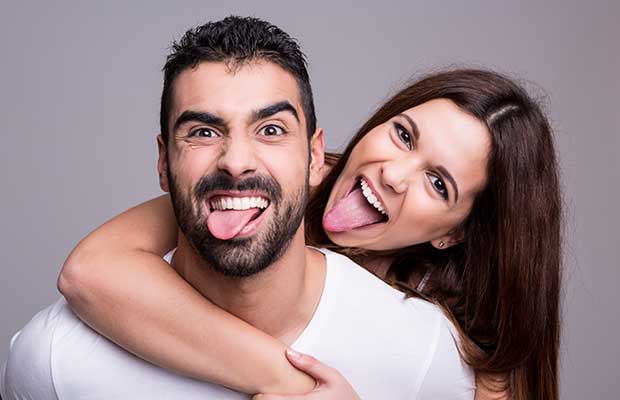 How many of you woke up to prepping before anyone else around you did? As I have shared on the pages of the Prepper Journal before, I started getting into Prepping back in 2008. There were no specific events that I can think of that made me start prepping, but the financial crash probably played into my overall concern. As I tried to learn as much as possible about the threats to our society that I had previously been completely ignorant of I became more and more troubled about how my family would fare if various disasters happened. I guess you could say that I started thinking about my family at that time from a different perspective.

It was for me an awakening to a world that posed far more threats than I had thought about ever in my life. I was happy to go along as are most people thinking that sure bad things do happen but never to me. I started to look at my family and how simple disruptions in supplies could leave them without food. Realizing the number of things that I had taken for granted hit me like a ton of bricks so I started researching everything prepping or survival related I could get my hands on.

In the beginning of my journey to becoming a prepper, I focused mainly on internet sites. That led me to books and my first book was John Lofty Wiseman’s “SAS Survival Handbook”. I purchased this book because at the time my vision of survival was being stranded in the wilderness. Since that time my thoughts and perspective have changed, but the information in this book was invaluable and led my mind in other directions as well.

All of my research was filling my head with ideas and potential scenarios to plan and prepare for but my wife was almost completely unaware of what I was thinking. By the time I got the nerve to talk to her about everything I was worried about, and what I planned to do about it, I was pretty worked up. Instead of subtly trying to convince her or making a compelling and rational case for doing anything I blurted out a whole list of problems and conspiracies at bedtime when she was settling in for the night. Needless to say it didn’t go over well and my wife thought I had lost my mind.

At this point I had ruined one opportunity to get my wife on board with prepping but I was not deterred. I planned to keep working on her but it would take some time. Meanwhile, driven by my new belief and compelled to action I began to prep without her knowing.

Cater to their intellect

My wife is a smart woman so if I was going to spend any money it had to be on things she saw value in. I had to figure out how to prepare without giving her my deep down reasoning behind the need. We pretty much agree on just about any purchases we make although I get an allowance and she gets her own allowance so a lot of my prepping supplies were purchased through my monthly stipend. There were some items that I was able to prep by convincing her of their necessity for a very common and real event; power outages.

Some of the purchases I was able to make like a Kerosene heater and candles and lanterns were directly related to a winter storm. We had experienced lots of people we knew who had gone without power for weeks after winter storms and our children were much smaller back then. I was prepping for power outages, but I never mention prepping. I was stocking up with supplies that would see us through a disaster but my wife was only thinking about keeping our young children from freezing. I removed the psychological barrier to the word prepping or survival and just let her consider how best to keep her children warm in the middle of winter without any power. This didn’t have anything to do with government conspiracies, it was simple common sense and allowed me to kill two birds with one stone. I was prepping and she knew about these purchases I was making but in her mind it was different or at least perfectly logical.

Almost any prepping supply has dual use

A lot of my prepping supplies were purchased with the stated reason of a camping trip. I told my wife that I wanted to take the family backpacking and she thought that would be fun. She didn’t know that I was getting bug out bags, sleeping gear, food preparation tools, water filtration and cold weather gear. Of course I was, but I wasn’t prepping again, I was purchasing items for the family vacation! No problem!!

Majorities of prepping items have dual use and if you can frame why you are purchasing them in a way that has nothing on the surface anyway to do with prepping you might get less push back. My water filter for camping would also work in a bug out bag or grid down scenario. Our sleeping bags could keep us warm if we lost power or were forced to leave home but were purchased to keep us comfortable in the woods on our trip. Speaking of leaving home, the tents provided our shelter too that would keep us sheltered on the trip and additionally when we bugged out.

Food has a single use, but stocking up on extra food is almost uniquely a prepper identified trait. The way I got around this was by framing bulk purchases as saving money on our food budget. This doesn’t work on everything but I got a Sam’s membership several years back and started buying food we routinely use in bulk. This way I was able to save money (on most items) and I could tell my wife that I was just taking advantage of the awesome savings on 10 can rolled tubes of chunk tuna. I bought 25 pound bags of sugar, big bags of flour, bottles of honey and salt because these were all staples that we use daily. I could do the same thing with ketchup and pasta and even aluminum foil. My wife went along with the purchases because she thought they were a bargain, but I was building up stores of food we could eat off of for much longer than a normal trip to the grocery store.

Was my wife really falling for my arguments? Probably not entirely, but I gave her plausible excuses to buy the rationale for my purchases. At the same time all of this was going on I would mention current disasters that were happening anywhere in the world and casually say things like “that would be horrible to go through that and not have any food, wouldn’t it?” when watching the latest disaster somewhere in the world.  At the same time on our backpacking trips I was letting my family experience bugging out and they didn’t even know it. They were learning to carry bug out bags through the woods, make fires with our Swedish fire steel, filter drinking water and cooking over a fire.

Often I think that people only object to prepping (assuming money is not a problem) when they believe that the prepping supplies only have a use in the highly rare event of a disaster. Most people don’t like thinking a disaster can happen in the first place, much less want to potentially waste money on something they believe is unlikely at best and crazy at worst. I still maintain that as someone who is interested in Prepping you have a duty to prepare and provide for your family or the people you plan to be responsible for in a disaster scenario. I hope the advice above doesn’t come across as dishonest and I wouldn’t be combative about anything you are trying to convince your wife or husband that is important to you. You can still prepare without the reason being zombies. You can still take steps to be ready for emergencies if you go about this in a little more stealthy way.

Hopefully this will give some ideas. I’d love to hear how you prepped if your spouse or significant other was against it.

Great article – a return to the basics and why I keep coming back to TPJ. I should have known better, but I honestly thought you’d lost your mind when I read the title and was fully expecting to see tips on how to be sneaky and duplicitous while going against a spouse’s wishes. This was fun to read and gives me good ideas. My wife would also very readily do things to protect the kids rather than hoard for conspiracies. Now that my son is in cub scouts and we are his den leaders, we have more “excuses” to… Read more »

Thank you very much Matt! I told my wife the title and she had the same reaction.

This is my favorite time of year for camping too so I am looking for more opportunities with our kids to get out and try out our uh, camping stuff again. Also good for day hikes too.

Great article, thanks a lot!

She might be on to you now with this article.

Ha Ha! Yes, if we hadn’t come a long way since these days you would be right. As of now, my wife is pretty much on board with my prepping efforts and we talk about purchases still to this day. I do let her know when I am buying something for a completely ‘prepper’ reason much more now. She is getting her concealed permit so we are pretty much on the same page about most things now.

I’ve been married four times and I can vouch for the fact that money trumps love every time. This sounds cynical. It has been my experience however. This article says the same thing only differently. First, it’s almost impossible to “prep” without your spouse knowing something’s up. If you lie and spend money you told her you were going to spend on – make up something here – golf let’s say, and you spent the money to buy a tent instead, she will eventually find out and you will be a piece meat over the fire. (By the way, it’s… Read more »

I think it comes down to the other party being scared to think that SHTF event might actually happen. So I use more camping hiking scenarios myself. Plus I talk about teaching the kids rhings we learnt. the old ways get them away from the tv and computer games. Honestly kids miss so many things we took for granted. real bush camping, not camping in specific caravan parks with all the mod cons, learning to hunt, start a fire, chop wood etc. nowdays they have a learned helplessness and wouldnt know where to start. That scares me as a single… Read more »

You sound like you are doing all the right things yourself. Getting your children out there and exposed to these concepts you are talking about is priceless. You are taking the mystery out of things like living in the woods which is better than any video game or movie. I like to give my kids simple ‘chores’ like building the fire or setting up their tents or filtering water for everyone. They play around but they are learning skills. Your kids will too.