My Evolution As a Prepper 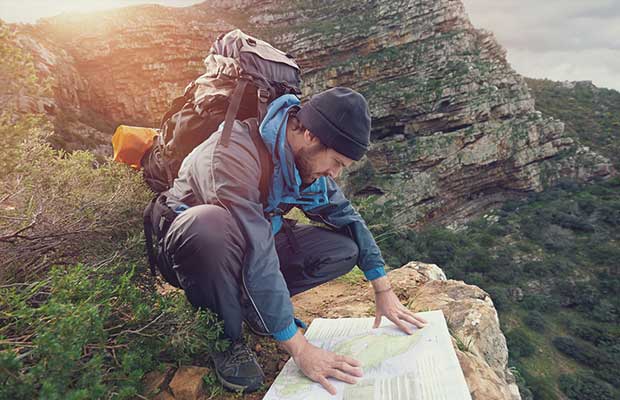 Evolution of a Prepper

Several years ago, before I became involved in prepping, I stayed buried up to my neck in work. I basically worked and slept, and I had maybe two reasonably close friends (both of whom were essentially co-workers). On the rare occasions that we did get together outside work all we discussed was … work. As my job was largely a desk job I got very little exercise, and over several years I became significantly overweight.

All that started to change in the latter part of 1997 – the day that “Joe the Plumber” met candidate Obama during the presidential campaign. That was the day that my confidence in the continuance of our civilization was shaken to its foundation.

That was the day I started to become a prepper.

NOTE: Please don’t interpret my initial inspiration as a partisan political statement; I just personally felt that the mainstreaming of ‘redistributive politics’ was an indication of trouble ahead.

I’ve never been one to get involved in anything lightly, and so it was with prepping. Rather than satisfying myself by visiting web pages and stocking up on emergency foods, I set about organizing meetings with others in my area who shared the same concerns and who were themselves involved in prepping. As part of that process I discovered the very nice web site ‘meetup.com‘, which allowed me to create a home page for my new group and advertise and organize monthly meetings.

My first few prepper meetings were sparsely attended. In fact, one of those early meetings that coincided with a thunderstorm was attended only by my fiancée and me. I felt rather conspicuous as the two of us sat alone at the large table we had reserved. Still, my persistence was rewarded after a handful of months, and the size of our monthly meetings began to grow. It is at this point that prepping began to change my life in some amazing and positive ways.

In the course of those meetings I met numerous fellow preppers from all walks of life. They ranged from elderly retirees who were new to prepping to experienced EMTs who saved lives on a daily basis. Some worked in government and law enforcement, while others were former military and special forces types. Still others where bankers, lawyers and, on one occasion, even a Warren Buffet style professional investor!

Given our common interest, and the urgency we assigned to it, close friendships began to develop – friendships that last to this day. As our group began to grow we had changes of venues that accommodated our increasing size and provided for better privacy. Before each meeting I would select a topic and prepare handouts that contained a meeting agenda and talking points. However, it was the “after-meeting meetings” that were most rewarding, and which often stretched late into the night. During those meetings small groups would form to organize camping and hunting trips and other spin-off events that tended to provide more hands-on learning. Other groups would organize weekend trips to flea markets across the state in search of preparedness gear and provisions. Members might share pictures of wild boars and other game they had hunted since the last meeting, along with lessons they had learned.

One night after returning home from one such meeting I realized that I no longer had two work-related friends, but rather I now had dozens of true-blue friends who represented a wide range of knowledge and experience. In some respects I felt as though I had returned to the playground of my youth, when you got to know people at some more fundamental level. It was at this point that I became aware that prepping was basically what I have since come to describe as “Boy and Girl Scouts for Adults”. I had been bitten by the ‘prepping bug’, not unlike a younger person becoming involved in scouting (but with a greater sense of urgency).

Like water seeping into the soil, prepping began to saturate other aspects of my life. One day I realized that I could save fuel costs during a disaster simply by being in better physical condition, so that I did not require as much air conditioning and other creature comforts. With this realization something clicked in my head and I started a diet and exercise program. Motivated by prepping I was able to, for the first time in my life, begin to strip away unhealthy habits one-by-one. Within nine months I had lost 90 pounds and was feeling much better each day. I started visiting the gym regularly to lift weights, and finding my way to the local track a couple of times per week to walk and jog.

Over time, thanks to the “live better and more happily with less” mindset that is often a by-product of prepping, I was able to accumulate some savings for the first time in my life. Once I had put away a decent nest egg I visited the local precious metals shop and purchased my first silver with a big portion of those savings. The day I first walked into that store I felt great reluctance about tying up my financial reserves with such a purchase. However, when I walked out an hour later with my first metals I was no longer concerned with the dollars I had taken off the table, but rather with the dollars that I had not protected that day – the ones I had left in my bank account. Since that day my personal financial situation has waxed and waned (and sometimes started to feel a little desperate), but I have always found myself greatly comforted by the presence of those metals, as I have come to rightly regard them as a final line of defense against tough times.

With the passage of years new leaders emerged from my prepper group, and it spawned other groups that have since flourished throughout the state. Having become dissatisfied with the quantity and quality of information I had found in the available prepping literature, I began the next step of my prepping journey by starting work on my book (little did I realize this was to be a 3+ year journey!). My book was intended to capture all the knowledge I had gained from my own research as well as that gleaned from those into-the-night discussions with experienced preppers.

During this period I also began to occasionally give presentations to other groups throughout the state which were interested in getting better prepared. My network of prepper friends continued to expand across the country – quite a difference from those days when I had only 2 friends!

Three years later, with my book published, I took the opportunity to assess my own situation and realized that it was more critical than ever to follow my own advice and relocate my household to a more sustainable part of the country.

Having visited the northwestern corner of my home state of Tennessee during the previous holiday season, I had noted that a sizable segment of the population there possessed a good inventory of survival skills. It seemed that everyone there who was not hunting and fishing on a daily basis was tending one or more gardens and canning vegetables. It was not uncommon to see babies wrapped in camo-pattern blankets and kids as young as seven or eight years of age dressed for hunting. Due to the challenges posed by the downturn in the economy many locals were already living an largely self-sufficient lifestyle.

Fortunately my work allowed me to relocate to any place that provided me with reasonable Internet access, so my fiancée and I began the process of searching for a new home in that part of the country. Having lived in Central Florida for going-on 30 years, this was not going to be a small move.

Eventually we did locate a large, Victorian-style house on 1.6 acres of land that featured a good-sized basement and attached root cellar. There was a large shed on the property behind which the previous owner had already been raising chickens and rabbits. The house was located in a community with a population of about 2,000, which I had concluded during my research for the book was the size of community that offered best chances for post-disaster survival.

While I do believe there are other parts of the country that may be even better suited as general survival locations, because my fiancée and I both had family in the area that had years of experience hunting, fishing and farming, this location in West Tennessee offered unique advantages to us.

We have now relocated to our new homestead and are slowly beginning to adapt. One lesson I’ve learned early on is that assimilation into a community like this is not instantaneous, however eventually I did get an opportunity to say hello to local police officers and other municipal employees. Simply visiting the couple of local restaurants and the barber shop also proved to be good ways to start to become known in the community. While we have yet to attend church, I am pretty sure this is really the fastest and most effective way to begin to quickly assimilate into my new home town.

The biggest challenges we have faced in these first two months have proven to be:

We have not yet had an opportunity to start anything more than a small garden here this year, although thanks to my fiancée’s family we’ve had a constant supply of vegetables straight from the garden, and eggs straight from the chicken. I do find myself missing some of the trappings of city life, but I have only to reflect on the way that life in the city had begun to deteriorate in recent years to realize that this has been a wise move. I am now committed to moving forward in life in a much healthier and more self-sufficient mode.

Now, where did I put that fishing pole?

About the Author: Richard Bryant is author of the preparedness book “When There is No FEMA – Survival for Normal People in (Very) Abnormal Times” and a long-time preparedness group organizer in Central Florida. He has recently relocated permanently to his disaster retreat in rural West Tennessee. The first 60 pages of his book are available for review and download at http://www.nofema.com.

Thanks for bringing that typo to my attention. Somehow I’m going to find a way to blame it on my phone’s autocorrect!