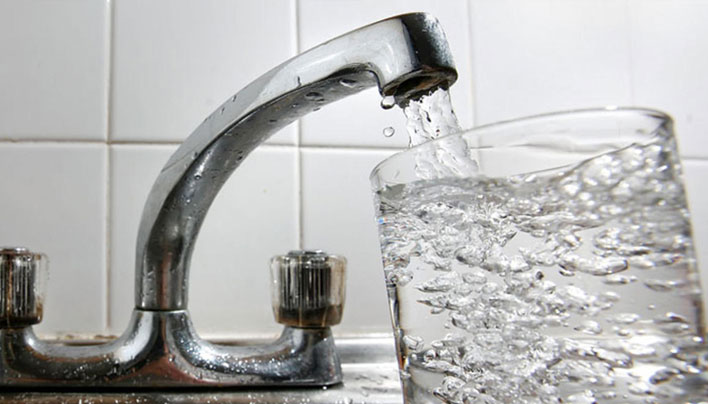 Most of you have heard by now of the chemical spill in Charleston, West Virginia. For those who are fasting television or news, last Thursday, a chemical used in coal processing leaked from a plant into the nearby Elk River. The chemical was 4-methylcyclohexane methanol that spilled out of a 40,000 gallon tank and officials believe that almost 7,500 gallons leaked out before they were able to stop it. The Elk River is the major source of drinking water for the city of Charleston and as soon as the authorities knew about the problem a drinking ban was issued.

A reader of The Prepper Journal, Steve who lives in Charleston contacted me and gave me some perspective from his experience on the ground.

10:00 A.M. the water company knew there was an unknown chemical coming into the water supply system.

They continued to process the water until around 4:00 PM when they noticed a smell from the finished water that caused them to question themselves.

6:00 PM an order was finally issued to not use the water. Although the local emergency broadcast system was not used.  Luckily, we have friends that let us know.

What if the chemical didn’t have an odor?

Just yesterday that ban was lifted, but what if this had happened in your town? Would you be able to live comfortably with no water from the tap for 5 days? The news reports that I read stated that there was plenty of water and the stores never ran out. That is in direct contradiction to what Steve tells me:

Immediately after the announcement, the stores in the area were rushed for any bottled water products. Within an hour the stores were emptied.  Do not let anyone tell you that everything was nice, peaceful and everyone conducted themselves gracefully.  There were fist fights and scuffles for the last of the water.

After the order was issued no one could give any answers as to when drinkable water would be available.  Those with water were either hording it or selling it at enormous prices.

48 hours after the ban,  water began to be distributed to the everyday person.  Hospitals and nursing homes received the first shipments.  By the way the hospitals (except one) were not taking any new patients).  If you got hurt or injured you were on your own or had to travel an hour away for treatment.

What if the spill was more serious or the supply of water non-existent? Would you have enough water on hand and the means to disinfect new sources to take care of your family? It is news like this that illustrates for anyone paying attention the importance of storing water.

We routinely talk about the need to store water for an emergency situation and I can’t think of a better example of why this is important than the chemical spill in Charleston. This was a routine accident, not a freak weather event. This wasn’t an invasion by aliens or zombie bikers from mars. This was not a conspiracy of government and yet the need to be prepared for situations like this is just as real. The residents of Charleston were not able to use the water from their taps for a week. No showers, no brushing your teeth, no cooking unless you used bottled or filtered water from other sources.

What can you do to prepare for water contamination?

The simplest thing is to stock up on water before the taps are shut off and the state of emergency is declared. Each person needs about 1 gallon a day on average for health and hygiene. Remember those showers? For a family of four, in Charleston West Virginia that would have been 20 gallons of water to last just through this ban being lifted. If I lived in Charleston though I would continue to avoid the tap for much longer just to be safe. I would want to wait a lot longer than 5 days before I trusted the water supply. They do make kits to test the water like the Watersafe Drinking Water Test kit, but I don’t know if this would even detect the chemicals that were spilled. I am sure that the good people in emergency services have the best of intentions, but you just can’t be too safe. It is times like this that reinforce the importance of having an abundance of water.

Water takes up space and a lot of water takes up a lot of space. Most people can usually find a place to store 20-40 gallons inside the home without much trouble even if you live in an apartment. If you have a basement, 2 – 55 gallon drums are easily tucked into a dark corner and could keep that same family of four safe for 5 weeks. Even if you don’t store that much you should cover the bases for your family members and get 5 gallons of water for everyone.  There are a few options like WaterBricks that allow for easy stacking but your local Walmart has 5 gallon jugs too. If that is too bulky, there is the old fall back of purchasing bottled water to have on hand. This is a more expensive option, but works almost as well.

How can you get additional water when you run out?

For me the simplest method to collect additional water is with rain barrels because the amount of rain you can collect off the roof is amazing. I was able to fill a 55 gallon barrel in just an hour’s worth of rain! Of course, the size of your roof and the amount of rainfall dictates how much you can collect and how quickly, but outside of a well on your property I can’t think of a simpler option. And, unless you live in a very dry area, it will rain again so your supply will refill automatically for you.

To see how simple this is, I found this video that shows you the basics. YouTube is full of rain barrel ideas, plans and tips you can use to get your own water reclamation efforts started.

How can you disinfect water for drinking?

Now that you have your rain barrels full of water you would still need to treat it before drinking any. The shingles on your roof have stuff you don’t really want to drink. There are three recommended methods for treating water to make it safe for drinking.

Filtering – This is the simplest approach for me and works with all but chemical contamination. For my house we have Big Berkey water filters as well as MSR Miniworks filters and water purification tabs. Either of these options will take normal rainwater and make it safe for drinking. The filter approach leaves you with the best taste in my opinion and the least amount of effort. For my Big Berkey, I just fill it up and let gravity do the rest.

Boiling – Boiling water will kill any germs that can make you sick. It won’t get rid of chemicals though so you couldn’t boil the water from the Elk River in Charleston and be safe. For rain barrels this should work fine though and you only need to let the water boil for a few minutes to ensure you have killed everything crawling around in there. Prior to boiling you would want the cleanest water you can get so straining the water through a bandanna or coffee filter is recommended.

Treating with Bleach – as with the other methods, bleach won’t get rid of chemicals but it will kill bacteria and viruses. Do not use perfumed or dyed bleach and follow the chart below for measuring guidelines.

Good thing you have some supplies and a means to catch rain. Have they given you any ETA yet on when they will be able to lift the ban in your area? Is the supply of water in the stores any better?

The supplies in the stores are much better now. One good thing is that this didn’t happen in the middle of the summer when water would have been at a much higher premium. There is no update as to when our area will be lifted but after talking to some others and getting some information from a retired water plant worker, I will only be using the water for cleaning but not to drink or prepare food. That will be a few days more for me.

OK, please let us know how you are doing and our thoughts are with you and everyone in that area.

As of 5:55 AM this morning our area ban has been lifted.

I would never use bleach treatment alone with cloudy water.