If There Is No Place Left To Hide: Why Bother Hiding? 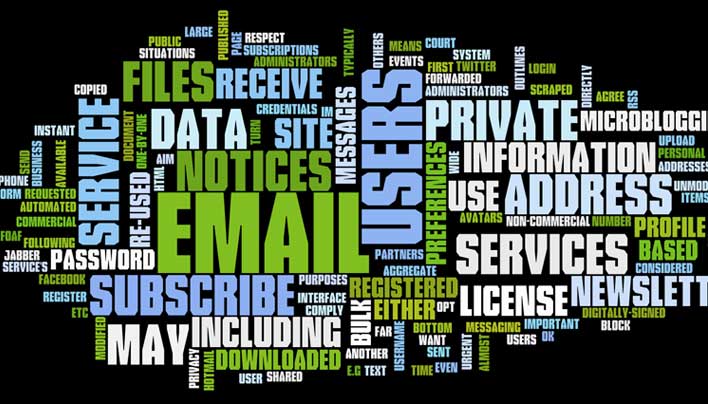 Each day it seems we are greeted by another plan for government surveillance, under the guise of national security of course, in order to access our private information. Government, we are told must be able to see everything at any time on anyone and nothing seems to be off-limits anymore. It got me thinking; could we be faced with a potential future where the meaning of the word “privacy” will be understood as differently as the word “Gay” used to be? In its original context, Gay used to mean happy, merry, in good spirits and lively. Actually it still does, but nobody uses the word gay in the context of happy anymore. Over the years, that word’s meaning in the social context has changed and now Gay is inextricably tied to a different meaning entirely.  Privacy, it seems is headed for a similar fate and I wonder how long will it be before the meaning of privacy in our common understanding is completely different from what it is now. When do we reach the point where the word is so far from its original intent that we don’t recognize it anymore?

Governments used to have restrictions placed on what they could do. Actually, the Constitution was the defining document for our country that was created to do precisely that. There was such a thing as probable cause which would lead to a warrant for information. You had some level of privacy, meaning that you could keep your affairs to yourself to a large degree. What you did with your life, in your house was your own business. If the authorities felt you had committed a crime, they would have to prove justification and provide evidence to a judge who might issue a warrant. Even if you were arrested, laws prevented you from being dealt with in a manner that was inconsistent with the constitution. You had to have your rights read to you and the police couldn’t search your property without a warrant. They couldn’t detain you for a very long time without pressing charges and what you did in your own life was generally off limits unless a very clear path of information and procedure was followed.

But, that was the old meaning of privacy. The new privacy means something else entirely. The new meaning of privacy might as well mean happy and light-hearted because there is no real vestige of the original meaning left. We could start find ourselves saying  “Hey, did you go to Joan’s pool party last weekend? It was so fun and privacy.”

Privacy means freedom from observation but with each day that is more and more impossible to achieve. The latest example shows how the government will be scouring your Twitter and Facebook accounts when they audit you. The IRS, not content to take money at gunpoint away from us now want to make sure we don’t complain about this on social media?

“There are laws that regulate the government’s ability to get a hold of things like credit card transaction history. But those laws have become more permissive in the last several years, particularly after 9-11, and so some might say those laws are no longer in line with the average expectation of privacy,” says Mathews.

You could make the case that perhaps you shouldn’t be on sites like Facebook and Twitter if you don’t want the government watching you. This goes against all of the concepts of good OPSEC, I completely agree. However, I think this is different. This is government once again saying. We don’t really give a crap what you don’t want us to know.

Add this to the news yesterday that the Bureau of Alcohol Tobacco and Firearms is seeking bids to create yet another massive database. What information do they want to collect on you now?

A recent solicitation from the Bureau of Alcohol, Tobacco and Firearms (ATF) reveals that the agency is seeking a “massive” online database capable of pulling up individuals’ personal information, connections and associates.

On March 28, ATF posted the notice on FedBizOpps.gov, entitled “Investigative System.”  The solicitation was updated on April 5 with a few minor changes.

The document says that the system will be utilized by staff “to provide rapid searches on various entities for example; names, telephone numbers, utility data and reverse phone look-ups, as a means to assist with investigations, and background research on people, assets and businesses.”

The system is described as a “massive online data repository system that contains a wide variety of data sources both historically and current that can be utilized in support of investigations and backgrounds.”

“Connections and Associates”. That means all your friends, relatives, ex-girlfriends, neighbors, soccer coaches, etc. So, effectively all privacy is dead with respect to the government. You may be able to keep parts of your life secret from your neighbor, but Big Sis is going to know. You aren’t safe from the government knowing what you are doing unless you are living on a remote deserted island in a hut with no running water or electricity with zero outside contacts to the rest of the world. Oh, I forgot, they will just fly a drone over your head to watch you if that is the case. If you are really sketchy, boom! Nice knowing you.

If we have truly come to the point, where we can no longer have any privacy, what does that mean? What follows logically from a scenario where the government knows every single piece of information about you under the auspices of National Security? Logic would state that they would use that information to begin to control behavior. We see strains of this with the If you see something, do something campaign. Using propaganda, they will make everyone afraid and distrusting of their neighbors.  After they have behavior modification started (and it already has, let’s face it) they can use this behemoth they have created to crack down on dissent. The “threats” will be found through their affiliations and what they say and how they vote, and what beer they buy and what books they read. Knowing all of this, what is a liberty minded person to do?

Should we unplug from the internet, throw our laptops and smart phones in the trash and hide? Should we cower in fear hoping that the day never comes when they knock on the door? Should we stifle any voice of resistance we have out of the fear that Big Brother will know? I don’t think so, besides they already do know everything about you. Privacy is dead, get used to it. They want us to separate, to hide. They want us unorganized and fearful of being caught speaking our mind. They want us to question everything before we do it.

My philosophy now is that they are going to do what they want and we are just about powerless at this time to stop them with current political and legal methods. A momentum has been building and we are on a path to an inevitable collision it seems. Is this by design? That is for another post but I have my opinions. I don’t know what it will look like or how it will happen, but I do know that we won’t ever turn from the path we are headed down without some massive event. I am preparing for an unknown future not knowing what to expect. The only thing I know is that I don’t plan on going out without a fight.