What Preppers Can Learn from the Irish Potato Famine 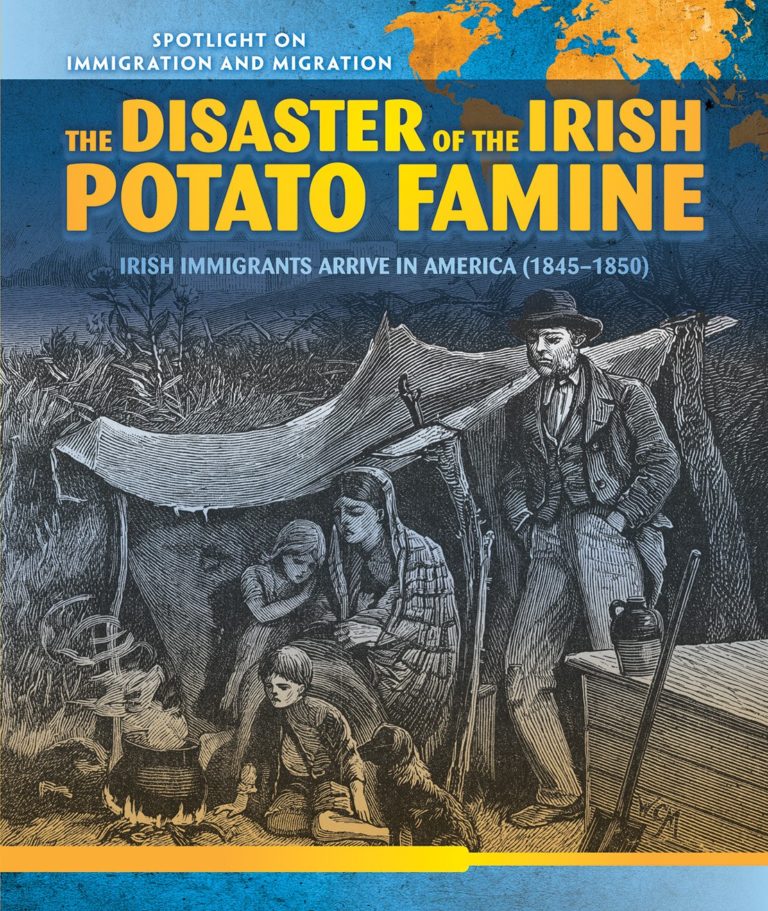 Editor’s Note: A guest contribution from Aden Tate to The Prepper Journal.

It wasn’t that long ago that a field known as moral philosophy was studied in schools. Within this field, students would look at history as a whole in order to glean what lessons mankind could gather from ancestor’s past mistakes and successes, and then apply those lessons to their present lives.

As a prepper, it makes sense then to spend a fair amount of time reading about disasters, tragedies, and wars in order to try to come to a conclusion of what works and what doesn’t during such times. There are innumerable examples that one could pull from history to learn from – it seems earth has been a collection of such stories – but one in particular may have special resonance today – the Irish Potato Famine. 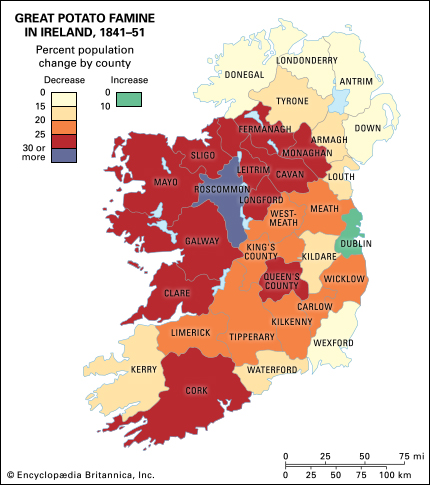 The chief reason the Irish potato famine was even allowed to happen in the first place was because the chief crop of Ireland was potatoes. There were a number of reasons for this (e.g. it was a low labor crop), but the fact remains that when you only have one of something to rely upon, what happens when it’s gone?

Why didn’t the Irish grow a large number of other foodstuffs alongside their potato fields? Why no focus on poultry, livestock, vegetables, or orchards? Shoot, why not fish? I mean, it’s an island. There’s a lot of water. Obviously, climate predicts what you’ll be able to grow, but you’d still be hard-pressed to find an example throughout the world where a mono-culture – one single crop – is the norm. The reason? Because an environment is not resilient when there is only one organism growing in it.

So as a Prepper, What Does this Mean? 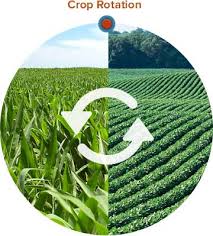 It means incorporating fail-safes is key to increasing your resilience. Yes, there is the old adage “one is none”, but that’s not entirely what I mean here. What I mean is using diversity to add layers of protection. For example, I have my Milwaukee drill that I typically use around the house. Should it break, then I have an old Black and Decker drill from my college days. If that one finally bites the dust, then I can go back to my Papaw’s hand-driven brace and bit to drill the hole that I need.

Each tool does the same job, but they are each different. The diversity allows me to have alternatives.

The same could be said for your garden. You may be really good at growing corn, but what happens if a blight hits this year for corn? Your garden produces nothing. If you’ve also planted squash, pumpkins, lettuce, and tomatoes, then you have a diversity of food that all accomplish the same purpose (keeping you full). 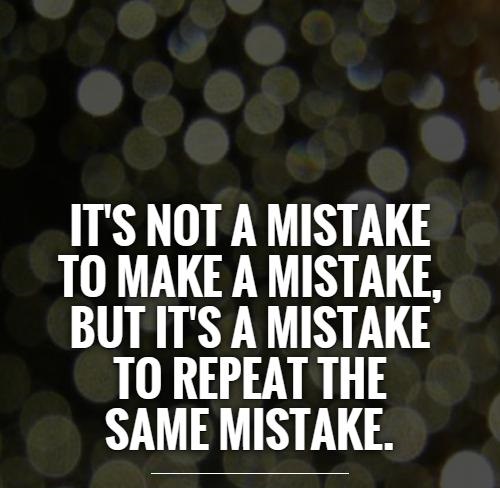 Part of the reason that the Irish Potato Famine was so terrible was because it lasted two growing seasons. After the first year of blight, and the devastation that it caused, the Irish went right back and planted the exact same strain of the exact same crop the very next year! As expected, the blight came back again, and another season of starvation commenced.

Yes, there may have not been as full of an understanding of how plant disease works back then, but wouldn’t it seem wise at that point, after having watched all of the suffering around you and been starving yourself, to try something different? 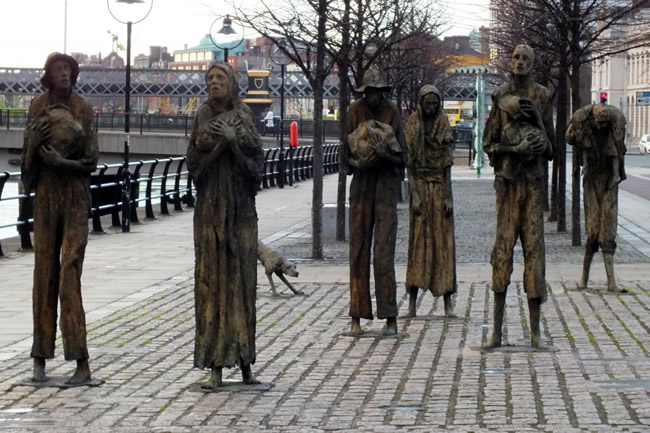 I sure as heck wouldn’t want to put all of my trust in potatoes again after how they had failed the year prior. Yet that is exactly what happened.

I believe it was Einstein who said, “Insanity is doing the same thing over and over again and expecting different results.”

Within prepping learn from your past mistakes. If you know that your Harbor Freight batteries didn’t last very long at all during the last storm, is it really a good idea to rely on them again for future storms?

Don’t Wait for the Government

England ruled Ireland at this point in time. There were some attempts to do things to relieve the pressure from the famine, but for the most part the English mindset was to disbelieve and discredit any stories they heard of starvation taking place right across from their island. Very little aid made its way in to Ireland from England as a result.

This isn’t to say that I think it’s the government’s role to step in for such situations (I rather believe it is the Christian church’s role, and that individual responsibility is key as well), but what I am saying is to just wait back for “the government to take care of it” is foolish, regardless of what “it” is.

From a prepping standpoint, this means doing what it takes to ensure that your family will be better provided for in a disaster and taking personal responsibility for the situation as well. Hawking off your family’s well-being to government attention because you are under the illusion that you have no role in the situation is naïve. 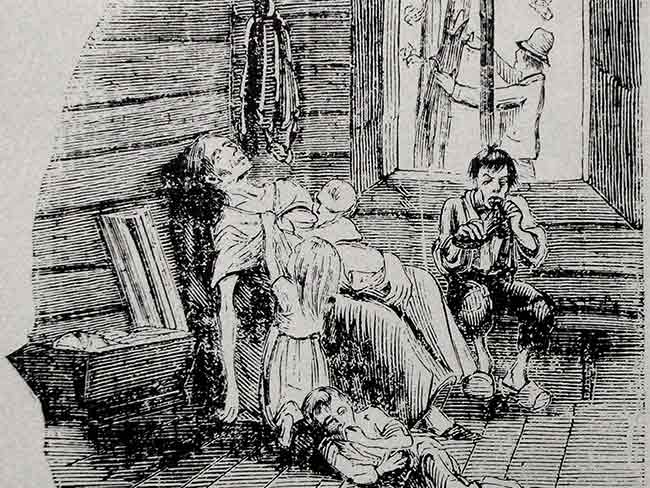 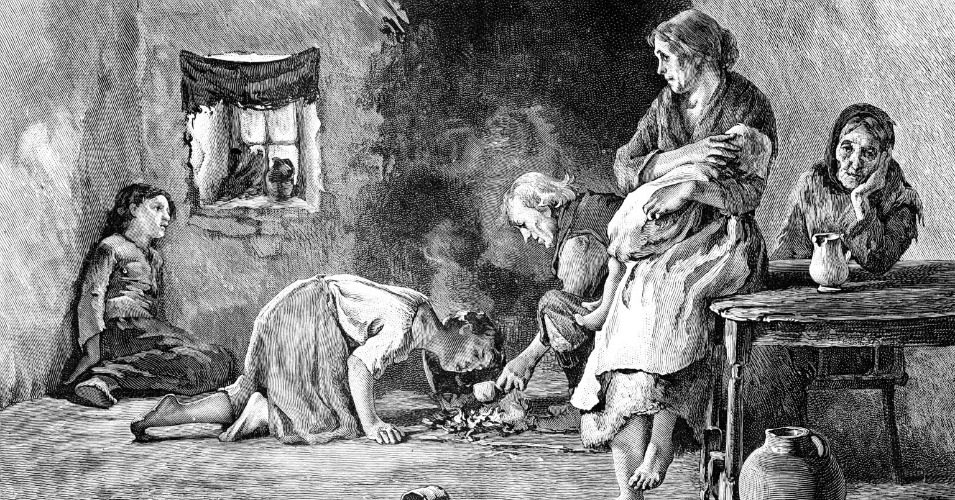 There are many individual reports that came out of the Irish Potato Famine talking about people who would witness the failure of their crops, and then spend the rest of their life (literally) just staring at the ruined earth. How many people died because of the accepting of the idea “this year my family will starve”? Obviously, you cannot will food into existence in times of famine. But sitting for days on end staring at rotting crops literally does nothing. Fatalism assists the feared fate to come about.

If your basement floods during a hurricane, doing nothing but sitting at the top of the stairs for a week and thinking, “well, it’ll grow mold now”, does nothing to remedy the situation. Sure, there are situations that we have no control over that take place every day, but there are often ways we can work to ensure the situation improves as well.

Obviously, there were a lot of other factors at play with the Irish Potato Famine than what I’ve covered here. Shelves worth of books have been written on the subject. I think if ponds had been built at the top of hills, gravity-fed water would have assisted in droughts and allowed mills to work at full capacity. I think England should have permitted the Irish to lease the land, rather than taking away any incentive to improve their farms by having the ability to kick them off the land literally any hour.
But that’s all beside the point.

The point is that there are things we can learn from our ancestor’s lives. And the Irish Potato Famine is no exception.

If you really want to delve further into the why’s and how’s of the Irish Potato Famine, I highly recommend checking out James Kelly’s The Graves are Walking. Like his other works, it’s a fantastic book written by a fantastic writer.

Also, if you enjoy my writing style, check out my upcoming book by Prepper Press, The Faithful Prepper: A Christian Perspective on Prepping. In it I approach topics such as: is prepping a lack of faith in God? What is the role of the Church post-disaster? How do you exercise Biblical charity post-disaster? And more. I hope you’ll check it out!

The failure of the British government to aid Ireland is a stain on British history. England was exporting grain to other countries at a handsome profit, and yet it left it to what they deemed the beknighted Catholic Irish to save themselves. “Tut, tut. They’ll just have to make the best of it.” “I sure as heck wouldn’t want to put all of my trust in potatoes again after how they had failed the year prior. Yet that is exactly what happened.” Really? Even the theory that microscopic germs could cause human disease was considered crackpot theory during the 1840s.… Read more »

Irish lease back their own land taken from them?? Think about your judgements. Also I have read the dependence on potatoes came about as it was the one crop the British would not bother with confiscating, it had to be dug up. Plus the Irish aristocracy were just as guilty as the British conquerors, so history is a repeating cycle of slavery, whatever the name they give it. Fatalism comes from long suffering, the acceptance of what you cannot change. We are all born to die, just a matter of when and with what dignity. Be careful of judging from… Read more »

I think you might want to read a lot deeper into that particular piece of history. You’re lacking a LOT of information, which will make any conclusions you draw potentially very dangerous.

It was presented as learning from the past, not as political fodder. Hoping some preppers would look under the hood. The government in London today has changed little, if at all since the genocide perpetrated on the Irish. They love Theresa May because she is so weak and spineless that her folly lets the opposition parties circumvent the will of the people at every turn. The British version of a RINO.

I would suggest, sir, that it is you who need to do some more reading about conditions in Ireland during the 17th, 18th, 19th and early 20th centuries.

Genocide Not famine! “The Almighty, indeed, sent the potato blight, but the English created the Famine…and a million and a half men, women and children were carefully, prudently and peacefully slain by the English government.“ — John Mitchel The genocide of the Irish people in the 1840’s is most often referred to a a crop failure or so called “Potato Famine.” It came after two centuries of land theft by the English colonizer occupiers. The Penal Laws of the early 1700’s required the Irish to change their Catholic religion and allowed the British to take the land of those who… Read more »

I could not agree more.

This piece isn’t about the origins of the Irish Potato Famine. It never was intended to be. Sure there were a myriad of reasons the Famine started, many of which ya’ll pointed out and that I agree with. The point of the article is to look at the Famine and see what we can learn from it and how we can apply those lessons to our modern lives.

I don’t think anybody will disagree that zero crop diversity, trusting in government relief efforts, or even repeating past mistakes is a bad thing.

Thank you for this very useful object lesson. Going forward, growing food will again become the most important activity everyone should learn and do and do well. In the First World, farmers have been put down and mocked since the Industrial Revolution. “Country hicks, rubes, inbred Jed” are just a few of the pejoratives leveled at country folk and farmers by those who think they’re better and smarter. American family farms have been the backbone of the economy no matter how sophisticated the culture and its technology became. Nothing happens without food. Nothing. We found out during the lockdown just… Read more »

The Irish potato famine was just a bit more complicated than the author suggests. Ireland was an exporter of foodstuffs all during the famine. They exported corn, wheat, mutton, beef, dairy products and other assorted foodstuffs. The reason for the potato was that it is s source of all the vitamins and minerals needed to support life. Together with wild mustard greens and an egg from the chickens, the Irish tenant farmer could sustain life. The potato was his main source of food because at the time every country grew potatoes and there was no market for potatoes except the… Read more »

Great article. I was thinking I would have better luck growing potatoes than tomatoes and green peppers in my garden this year.