Stock Your Bunker: Common Necessities You May Have Overlooked 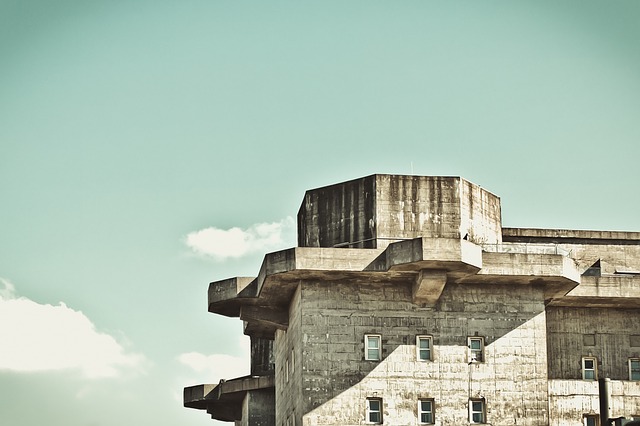 While many want to avoid the pitfalls that come with Murphy’s Law, not many know the origin of the famed mid-20th century adage.

As the story goes, Capt. Edward A. Murphy prevented a potentially devastating mistake from happening at Edwards Air Force Base by a technician and muttered, “If there was a wrong way to do something, the technician in question would find a way to do it.” This utterance has evolved into the adage many of us know today: “Anything that can go wrong, will go wrong.” At the completion of the project, the project manager attributed its success to “avoiding Murphy’s Law.”

In a sense, all prepping and survival work is an attempt at avoiding Murphy’s Law, and to successfully circumvent the ever present threat of what can go wrong, you have to stay two steps ahead in planning.

When stocking your hideout bunker, anticipate every need that may arise in a state of emergency or natural disaster. Every good prepper knows you will need food, water and first-aid supplies, so let’s skip ahead to some of the supplies you may not have considered to help you counter Murphy’s Law. What you do now before an emergency happens to stock your bunker or even your home could help you survive.

A rather frustrating aspect of prepping for a full-on disaster is that you really don’t know what type of disaster may be coming your way. In the event of nuclear fallout, it’s crucial to have a plan for surviving radioactivity. Explosions from a nuclear source generate massive amounts of radioactive iodine. In this scenario, potassium iodide tablets may be your only hope.

The tablets are fairly in expensive and can be purchased over the counter at any drug store or online.

If the disaster at hand is not nuclear, there are still items for survival you may have overlooked. Sure, it’s gross to think about, but where exactly do you plan on going to the bathroom in a bunker? Chances are you won’t have any indoor plumbing, but all members of your survival party will eventually have to go “see a man about a horse.”

Five-gallon buckets have other uses for storage and transport, but no other purpose is of as much importance as substituting for a toilet. Be sure you also have trash bags on hand to line the bucket in order to minimize the mess when it comes time to empty the latrine.

You can find them at your local hardware store.

Not only are heavy-duty tires necessary to keep your wheels in motion, but they also have many applications within the bunker as well. Tires can easily be fashioned into tables and chairs, and can serve as an excellent material for barricading doors. If the stack of tires is thick enough, it can withstand or ricochet certain shells in the event of an attack. Stock up early from an online retailer like tirebuyer.com.

Don’t let Murphy’s Law take you by surprise. If anything that can go wrong, will go wrong, then be sure you have the supplies you need to deal with it. As another popular adage goes, “Hope for the best, but plan for the worst.”

I can’t even begin to describe how stupid the idea of buying new tires to stockpile in case you need to make tables or a barricade is to me. If you wanted to do this why would you go to an online tire sourse as oppesed to a junk yard or local tire store for their junk tires. They pay to get them hauled off so I am quite sure they would either sell or give them to you

The author didn’t suggest that you purchase new tires for constructing defensive barricades. He did say that it’s a good idea to have an extra set of tires for your vehicle(s). The notion of using tires for defensive purposes is quite good, and hardly novel. A wall of earth-filled tires is far more durable than sand bags.

Stock up early from an online retailer like tirebuyer.com.

Really? This is where the author suggested to get the tires.

Stock up early from an online retailer like tirebuyer.com.

This was his suggestion.

Unless you live way out in the country and are out of site of other people it’s unlikely you will be able to stockpile many tires before you get a knock on the door to clean up the mess. For 90% + of us it’s just not an option.

Unrealistic to say the least…

Clearly someone took the time and effort to compose this article, but in light of it’s brevity and puddle depth it feels more like a churned headline to whose sole purpose is to keep site content fresh/new.