Are We Running Out of Time? 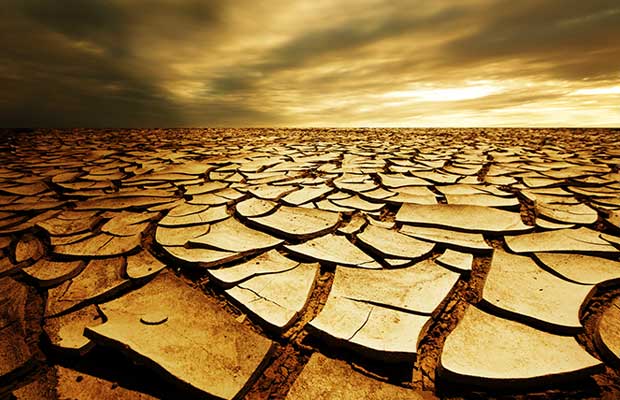 Editors Note: The following is a guest post from Emily Harper who makes the case for being prepared with respect to your food storage. Having a plan for how you will feed your family in a disaster is one of the most discussed topics in prepper and survival forums for a good reason. You simply can’t live without food for very long.

Her article references the 2014 National Climate Assessment report as the prime justification for her recommendations. While I disagree with some of the findings of the report, her advice to make sure you are prepared to feed your family is sound. Regardless of why you or I believe your personal food supply is in danger, the fact remains that you need to think about food for the long-term if you want your family to survive.

80% of the entire population of the United States could experience food and water shortage due to the doom brought about by climate change. By 2050, Americans must find ways to ensure their food supply as they compete with nine billion individuals who are competing for their own share of the dwindling agricultural yield. Since climate change alters the manner by which food and water is produced, doomsday is no longer confined to a far-flung possibility, as more than 300 experts confirmed that the detrimental effects pose grave threats to the whole nation’s food safety and security. A recently released report from the National Climate Assessment (NCA) showed that as ecosystems are altered, the food chain and food production would bring forth repercussions to livelihoods and food availability.

In spite of the technological advancements to ensure that our food and water supply is enough for the growing needs of the country, longer droughts and heavier rains along with other disasters are posing serious threats to all U.S. citizens. Hurricane Sandy and Katrina have proven that doomsday is not a far-flung possibility instead, a hard-hitting reality, that should be considered by Americans while they still have the financial capacity, time, and energy to do so.  The best way to combat the detriments of disaster or doomsday is to arm yourself with information backed up with sturdy survival kits that should go beyond first aid kits. Before thinking of getting hold of anything grand, begin with securing a ready emergency food kit game plan that will suffice a household’s nutritional and dietary needs.

The Rising Cost of Food Consumption

Annually, agricultural products markets in the  U.S. are yielding approximately $330 billion in total sales, however, the threats of climate change will most likely bring this number down, at possibly an alarming rate due to a number of reasons. First, the research from the NCA projected that by 2050, the number of people with additional food and water demands will grow to nine billion. This means that competition for quality food supplies that provide energy and nutrients are likely to be higher and more pricey.

On top of this, a report by Michael Snyder raised an alarming concern that in spite being highly urbanized, American families are having a difficult time providing a decent food budget for their families; which hits about 16 million children. This so-called silent epidemic is viewed by “Map the Meal Gap 2014” lead expert Craig Gundersen defines as another form of recession.  Sadly, even developed countries that are supposed to have made greater strides in securing both day-to-day and emergency food supply and demand, are experiencing this epidemic.

Fuel and Transportation in the Name of the Food Funnel

Nine billion mouths to feed comes with having to deal with both temporary and permanent changes in crop production, livestock, and even the manner by which food is produced and transported -having to deal with carbon emissions from fuel that makes these tasks possible and profitable. As if this is not enough, burning more fuel means an increase in the earth’s temperature. NCA reported that the warmer, sometimes unbearable heat is not caused by the sun and volcanoes. They even boldly revealed that if human activities did not take place, the over-all climate of the world could have significantly cooled down over the duration of the last five decades.

Since the U.S. is largely dependent on the lifestyle that is anchored to buying only food supplies for an average of three days, Americans may be considered as too complacent, thus making them very vulnerable once disaster strikes. A single power outage can cause serious repercussions to the country’s social, economical and political sphere. Preparedness is the key to channeling the doomsday challenge into opportunities that will bring forth solutions to the threats in food supply and water availability. There are a wide number of ways to aim for self-sustainability in the form of producing, preserving and storing your own food. Others even go to greater lengths as they master raising livestock right in their own backyards.

These days, stocking your pantry with emergency food is no longer viewed as a luxury, as it is increasing in terms of importance. Looking for safe and steady food supply begins with checking what your household needs. Do you have children and elders who require specific food groups? How many calories does each of your family or community members need? Does your home have the capacity to store food and water for a long period of time? By securing emergency food kits for disasters, you are guaranteed to stay calmer, more focused and less threatened as you face a disaster.

Remember, doomsday is not about being doomed to fail. It’s an opportunity to live and tell how you and your family survived and put in the picture a survivalist’s tale.

Emily Harper is an Environment and Sustainability Advocate. She is also fond of analyzing home structure and design and is also an active community member concerning community improvement and security. She loves to write as much as she loves to cook and bake cupcakes for her two little kids. Get more updates by following her on Twitter.

Thank you for this. I think what a lot of people don’t realize is that we have ‘doomers’ that think it’s heating dramatically (that’d be me) an others who think it’ll lead us to another ice age. I think in the end what this should shake people up to see is just how precarious our food supply can be and relying on the status quo to keep food on our tables is simply dangerous. It’s nice to see another ‘prepper’ out there who isn’t much different from me. Feel a lot less alone right about now. And as for cc….… Read more »

The sad thing is that so many of the people who do accept climate change (warming) are people who aren’t taking any steps to prepare. I think they’re waiting for the govt to do something about it. The irony that the very people who know that they need to be able to take care of themselves under any circumstances are the same people who are made fun of in liberal media. These are the ones the liberal greenies – who by now should have realized that the govt isn’t going to take care of them whatsoever – should be turning… Read more »