Preparing Your Neighborhood Against Attack 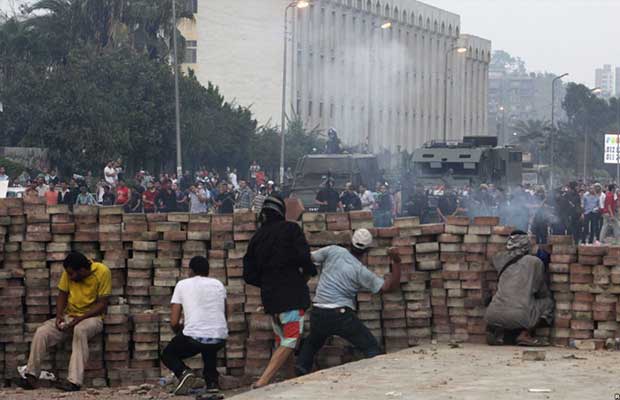 It is a basic tenet of any conflict that you need to be prepared to defend your location. For military forces, they have bases which are guarded by fences and guard posts at a minimum. Kings had their castles with high stone walls and moats. We civilians in the present day have our communities or neighborhoods which are largely constructed without any thought of defensibility. In every conflict there are people attacking and people defending and this as you know if you pay attention to the news or history at all is not something you should consider yourself immune to.

I find myself occasionally thinking about how I would make plans to prepare my neighborhood against attack. What natural resources could we take advantage of? What areas would be weaknesses in our perimeter? What would be necessary in terms of work and sheer numbers of people to pull this off and could we really make a decent stand in the first place?

You might be asking, who do I think is going to attack our neighborhood? Excellent question and the answer is pretty simple. We, being my neighbors and myself would possibly be defending our neighborhood from anyone who wanted to attack us or try to take what we have. I could easily see situations in our future where we will be forced to defend ourselves. Whether or not we would be successful depends on how well we make plans and the force that is mounted against us. My neighborhood isn’t a trained and well supplied Army by any stretch, but determined people can stand and mount a decent defense if they have the motivation and resources. It is with this mindset that I started sketching out my own plan for how I would start, should some catastrophe give us a reason to, preparing our neighborhood to withstand attackers.

Draw out your Borders

There is a lot of literature on the subject of defensive preparations, but I usually go to Army manuals for the best source on a wide variety of topics. FM 3-19.4 is the Military Police Leaders Handbook which has been approved for public release so you are free to download it here. This FM covers a ton of valuable information like “Preparing for Combat”, “Constructing Fighting and Survivability Positions” all the way to “Reconnaissance Operations” and finally “Base Defense”.

Civilians do not have a base to defend, but you may find yourself in a situation dire enough that you need to defend a complex or several streets in a neighborhood. Is it realistic to expect you would be able to repel an overwhelming force without some serious physical obstacles like mines, trenches or walls? Most likely, but could you defend against a gang of looters or a rival town who has plans to take your supplies? Possibly. In either case, if I found myself in a situation like that I would make an effort and the start of any effort is a plan.

In my hypothetical scenario, I imagine locking down our neighborhood to limit or at least slow access into our area on the roads and set up patrols with a grid system for perimeter defense. If we had every single person in our community on guard duty at all times, we still wouldn’t have a major force, but what we could have is an early warning system and a plan for rallying to provide support quickly if needed.

To start with, I began to sketch out the area I was concerned with. This area is fairly large but it encompasses some natural features we would want to protect in the form of three fairly large ponds and multiple roads into our area. There are a lot of sketching programs out there if you want to get fancy and if I had more time I would have overlaid this on a topographical map, but for the purposes of this article we will use the sketch below as a guide.

I began by sketching out the roads and placing houses in roughly the right positions according to the map so I would be able to later drawn in lines of travel where we now have fences and woods. We could also place Observation Points in various locations and the grid system would enable everyone who was connected via radio to know where any action was taking place or where people were located. Rather than say I see some sketchy people walking behind that house that used to have the three small dogs… You could say we have 3 people approaching from the North East of grid 5 on foot. With that information who ever was in charge could reallocate forces if necessary or your SOP might be the closest OP patrol would run to backup whoever was in that location.

The roads into our neighborhood approach from two sides but we have a large section of forest to our back. From a strict vehicle attack standpoint, we should be able to set up roadblock checkpoints at the two entrances coming in and monitor all traffic in or out. If the situation was dire enough that we had to create the network watch on steroids; felled trees make excellent barriers. Three trees across the road and cut with a path that a car would have to slowly zig in and out of would prevent anyone from rushing our position. Large enough trees would even stop large troop carriers like the MRAP. You could also use vehicles if fuel weren’t a problem.

What else could you prepare for?

Using this map as a guide would enable you to show plans to your neighbors, work out shift assignments and share grid information. Assuming you had made copies this would be simple. Even simpler if you still had running electricity in this Mad Max scenario, but at least it is a start. Pen, pencil and crayon don’t need electricity and you can make other maps built of this initial plan.

Assuming this was a real grid down emergency that was long lasting, you could begin planning for gardens and other community features like waste disposal to name a couple. I go walking and I am usually at least once or twice looking at trees that would make great barriers, good over watch positions in which to place additional firepower at the checkpoints and natural features we can use to our advantage.

I may never need anything remotely like this and I hope I don’t, but just in case, I already have some thoughts on paper we can use to start preparing and that could be all the difference we need.

Stay safe out there; I feel a storm brewing…

we have one way into our road with a small bridge on it. I was thinking we would take my tractor and pull some tree’s across it. It might not stop foot traffic but it wouls sure stop auto traffic. That is as far as I have gotten.

Like you blocking the roads are pretty simple, but that only stops vehicle traffic at best. There would be no way to block any one from walking in so a more involved perimeter defense would take some time to plan.

Manning and supporting 8 OPs 24X7 with just a single watchstander at each would require around what, 40 people minimum?

Justin, It really depends on a lot of factors but it does come down to math. If you have a normal OP, with shifts of 4 hours each manned by one person that would be 6 shifts a day. 4 hours is a long time to stand guard though and boredom inevitably sets in. I think a 2 hour shift would be ideal, but that bumps you up to 12 shifts a day. If resources allow this number of people then you are all set. I know in my drawing above I didn’t accurately show the full number of homes.… Read more »

Where are the zombie walls? Maybe we can learn something from “The Walking Dead”

Those would be nice wouldn’t they? I think Alexandria is already learning that those aren’t as secure as they hoped.. I do like the church tower guard post though.

I would think the best shield against invasion would be one that is always moving. Sooner or later your area will be breached that is all there is to it. The best defense to your people is to keep them on the move if your defenses are weak that is. Stay mobile and do not always run hit the enemy and hit them often.
just sayin.

That is certainly a strategy Arthur and might even be the best option if the circumstances go against you. I don’t want to concede anything without a fight though especially if I think I can win that fight.