Unexpected events are things in life that range from inconveniences such as a flat tire, to serious disasters, such as a tornado, hurricane or tsunami, where loss of life is the unfortunate norm. Most people are Preppers at some level and don’t even realize it. Even the person who makes certain to have a good spare tire, jack and lug wrench in the trunk of the car is a Prepper to a minimal extent. There are others who have either witnessed or who have been affected by large or small events (sometimes both) and who have through their experiences, made preparations so that ‘the next time’ won’t be as bad. Still, many others prepare for unexpected events as a result of hearing or reading about certain relevant risks and then taking those potential risks into measured and proportionate consideration with regard to preserving their lifestyles. Automobile and life insurance are forms of prepping, designed to preserve a lifestyle after an unexpected event. One thing we learn in life as we look around is that we need all kinds of ‘insurance’… martial arts training is a kind of insurance.

Today the study of martial arts is quite popular. Many movies and TV shows depict people who are saved from demise as a result of heroes who are endowed with various martial arts skills, mostly beyond the realm of reality. Mixed martial arts (MMA) are also very popular and have transcended many others sports as of late in popularity.

When I was very young, I was small for my age and the school I attended had more than its fair allocation of bullies. Finally after taking one too many beatings at the hands of these little villains, my father said enough was enough and he enrolled me in a Jujitsu school, where I learned much more than just how to ‘bring the pain’. I learned many things that don’t seem to be taught in many schools these days; respect, honor, balance (of mind and body), breathing (amazingly, most people don’t use the full capacity of their lungs), meditation (leads to clear focus), and of course how to inflict the opposite of all those things upon any would-be attackers (imbalance, confusion, choke holds, joint locks, throws, punches and kicks). Two of the most important lessons were; ‘never give up’ and ‘combat is the absolute last resort’. Over the years I had continued in the tradition of my Sensei’s training and philosophy, which have served me well. 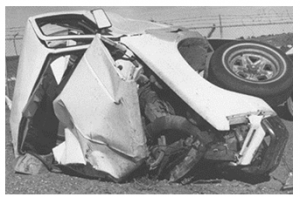 It was a black night in late July 2002 when I was heading southbound at about 75 mph on the I-5 freeway, just north of Sacramento, CA. Unknown to me, a drunk driver was heading in the opposite northbound lane traveling at a speed nearing 100 mph (according to the California highway patrol) when he crossed over into the path of my vehicle. The highway patrol on scene estimated that the impact speed (the combined vectors) was about 160 mph in a collision that bent the drunk’s Chevy pickup truck into an almost unrecognizable shape. The impact was so intense that parts broke free from his truck and penetrated my van (his drive-line and alternator) like bullets shot from a gun. The van I was driving was old and didn’t have airbags. The accident closed all the southbound lanes of I-5 and traffic was backed-up for miles, as the MediVac helicopter landed on the freeway. Having survived the accident, I later learned from several doctors that my survival was nothing short of a miracle.

Amazingly I didn’t break a single bone in the accident, and about a month later I was healed enough to visit the wreckage of my van and the drunk’s pickup truck in the wrecking yard where they had been stored. As I examined the two wrecked vehicles, it was clear to me that I was more than lucky to have survived the wreck; there was something more.

As I learned from several trauma physicians, who saw me after the wreck, there were two things that should have killed me right-off: 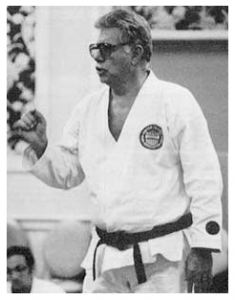 First, was the fact that I had no airbag to slow my forward progression into my shoulder harness at the moment of impact. And normally at impact speeds in excess 100 mph, your chest is suddenly compressed by a single-strap shoulder harness as your body weight shoots forward and then instantly stops; that sudden and powerful compression is equivalent to being hit in the chest by a sledge-hammer. As the doctors explained, it will normally rupture one of the large arteries at the heart, causing massive internal bleeding. At least this is what they have seen in most autopsies from these kinds of high impact collisions. The other thing that also occurs at the moment you reach the end of the slack in your shoulder harness, absent an airbag, is that your head, which weighs about eleven pounds continues forward at the impact velocity (in my case 160 mph) as your body is stopped by the shoulder harness, which results in the equivalent of being hanged; it simply snaps your neck.

As I relived the second or two up to the moment of the impact in my mind, I realized that it was the way I reacted just before the impact that saved me. At the moment of impact, I instinctively let-out a ‘kiai’, which is a learned instinctive response in martial arts combat.  An explanation is surely needed for those readers who are not serious martial arts students. Here is an excellent article that properly attributes the characteristics of this important phenomenon.

As the Grandmaster Robert Trias explains:

“The kiai must be recognized as the ultimate unifying force that brings the body, mind and the opponent into a focused, controlled alignment, with harmony between self and the opponent. The actualization of this potentiality of time and space at one point, physically, and while releasing spiritual potentials, determines the way of development and brings to consciousness an inexpressible awareness of life itself.”

As the doctors would look upon me, even to this day, in disbelief as to my survival, I know without any doubt that the instruction and training I received from my teachers over the years served the providence that saved my life that day.

Do not overlook the value that can be gained from a quality martial arts experience.